Gwen-a-bees buzzed to the Shoreline Saturday evening for a tour that felt like a decade in the making. This is What the Truth Feels Like arrived on bay-area shores, where Eve set the energy for Gwen Stefani’s set until the sun went down. East met West as the crowd was pleased by Philadelphian rapper Eve. 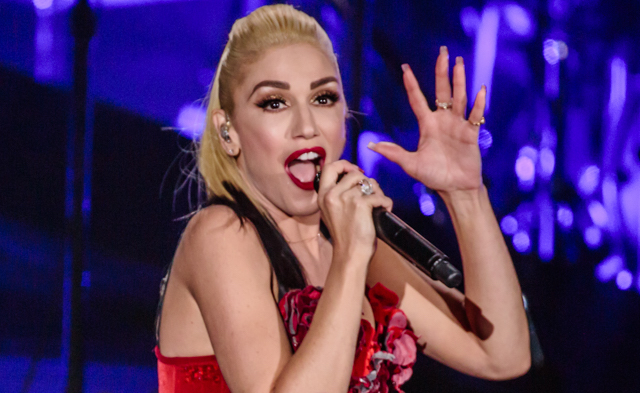 Eve’s chemistry with surrounding musicians shone through. From her band to Stefani, Eve has a sensuous sass and strong beauty so hot it could melt anyone down. Her vocal hooks are clear and concise. Eve is so on point when you spell her name backwards it’s identical. This tour boasts a marquee of goddesses. 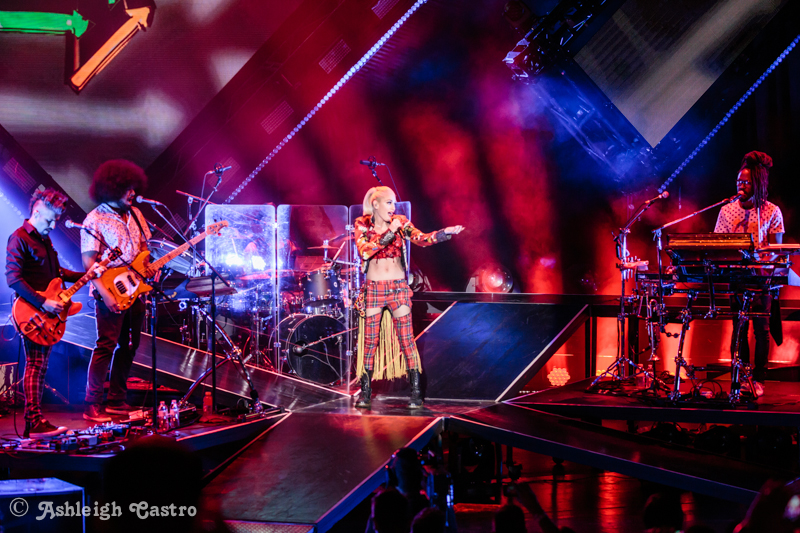 Then, the anticipated “Orange County Girl” hit the stage. Though Stefani claims she is an “Anaheim dork”, the crowd’s excitement proves she is a goddess, praised by fans worldwide. Her humor and eagerness to please the crowd are everlasting. Stefani’s got just as much passion as the day I fell in love with her artistry 20 years ago. That same enthusiasm shone through as she shared the stage with Bay Area native, No Doubt band-mate, Stephan Bradley. 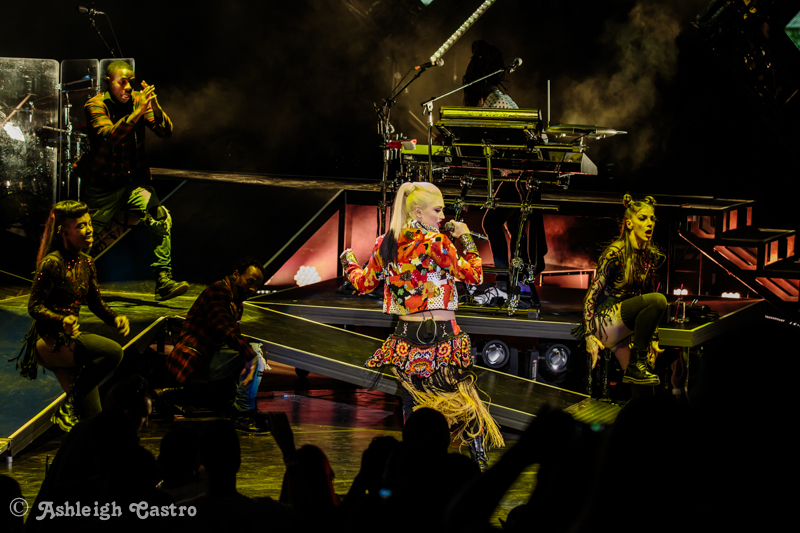 “I feel like this is my home. You guys are my real homies,” admitted Stefani. “We are starving for your attention, we haven’t played in months.” 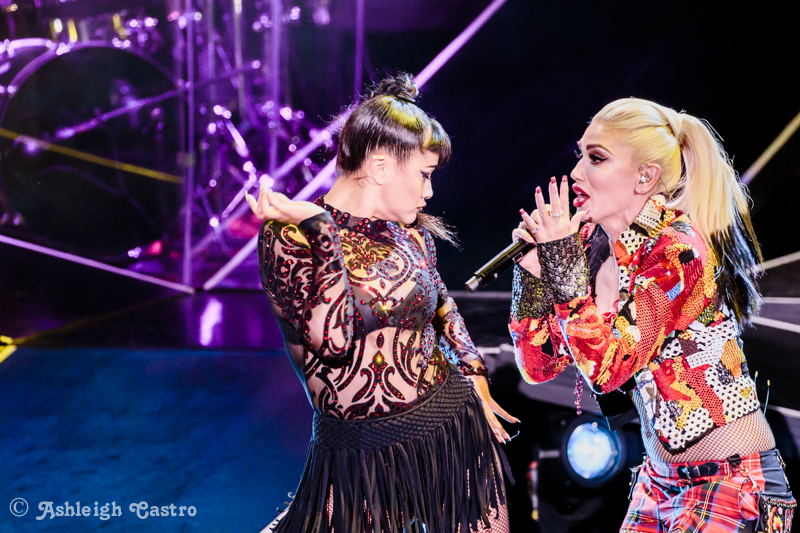 Pouring emotion into every single song, Stefani has certainly not hidden the process of overcoming continuous infidelity. Opening with a new jam “Red Flag”, Stefani raps, “I’m not a rookie|I’m so used to getting played.” This is What the Truth Feels Like is her first album since appearing on NBC’s the Voice. 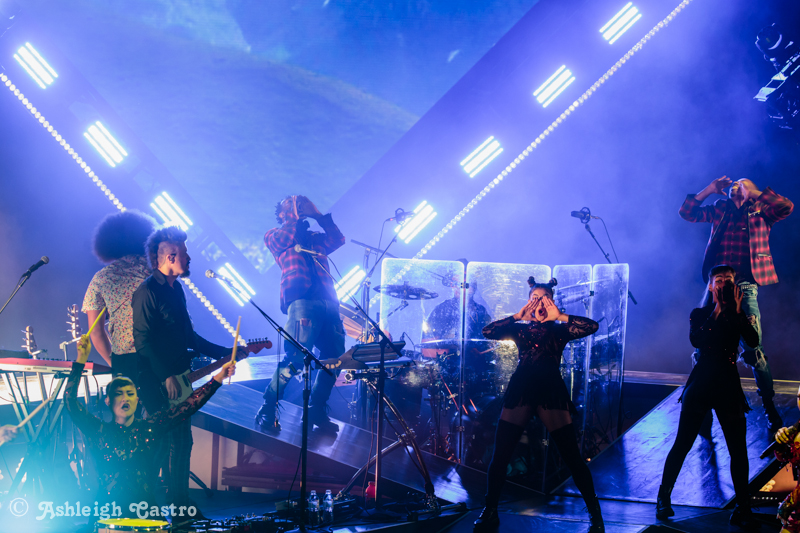 The new album is driven by catchy techno pop dance tunes and dreamy ballads with Stefani rapping and singing her heart out. She punishes herself for blindness to her cyclical relationship conflicts with Gavin Rossdale; though Stefani isn’t totally blue and broken hearted throughout, the album was released in March 2016 at the height of new romance with Blake Shelton. Yielding songs of wonderment, confusion and curiosity. 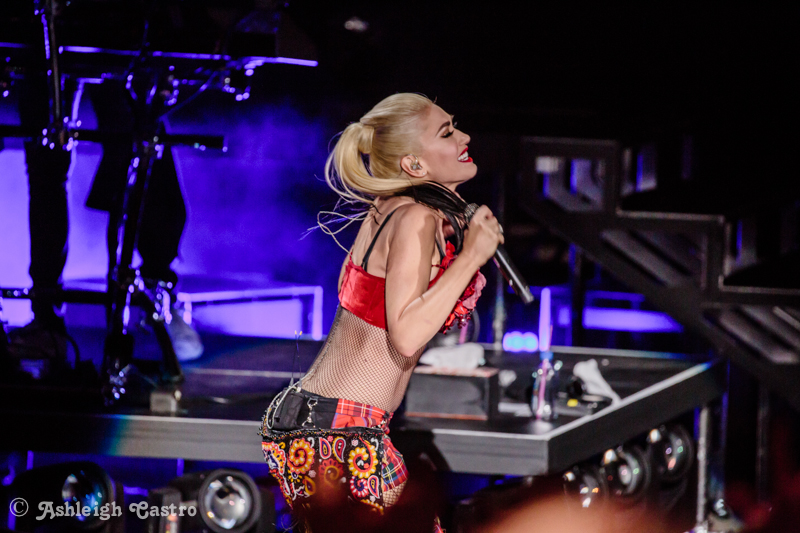 “Wind It Up” from The Sweet Escape was the next song and it turned the energy up. Horns showered the air with the Sound of Music, the iconic movie starring Julie Andrews is one of Stefani’s core inspirations. This led into the dancehall inspired single “Baby Don’t Lie.” 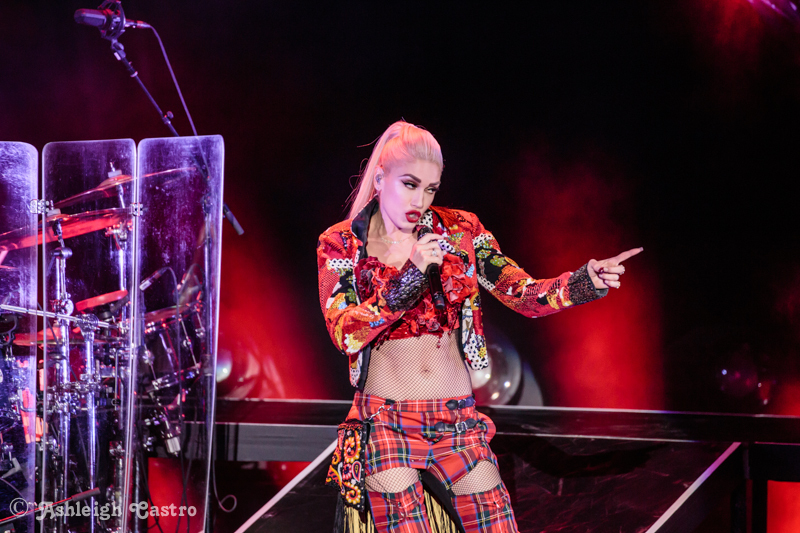 Sprinkled into the mix unexpectedly were No Doubt songs. Seeing Stefani in the past, she was focused on solo projects for her set list. Though this time, with Bradley joining her, performing the classic songs was synchronistic. The crowd shook their hips to “Underneath it All” and jumped around for “Just A Girl.” 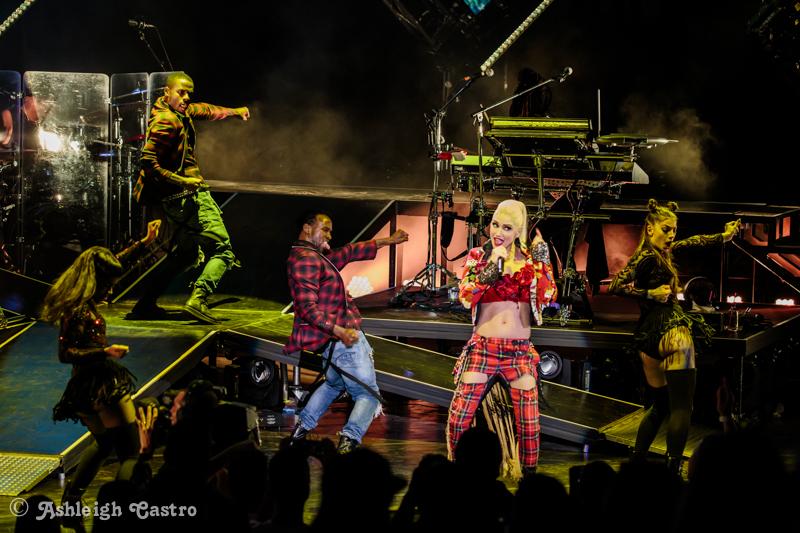 In the middle of the set, Stefani busted out “Let Me Blow Ya Mind”, Eve walked out in a sparkly unitard with clip art like lightening, guns, and lips throughout her body and purple heart on her yoni. Blowing our minds as she strutted the stage. Referring to it being the first time she saw Eve all night, Stefani exclaimed, “I just saw her! And she comes out looking like this… I think we should do one more…” Eve and Stefani harmonized into the “Na na na na na” ‘s leading into “Rich Girl.” 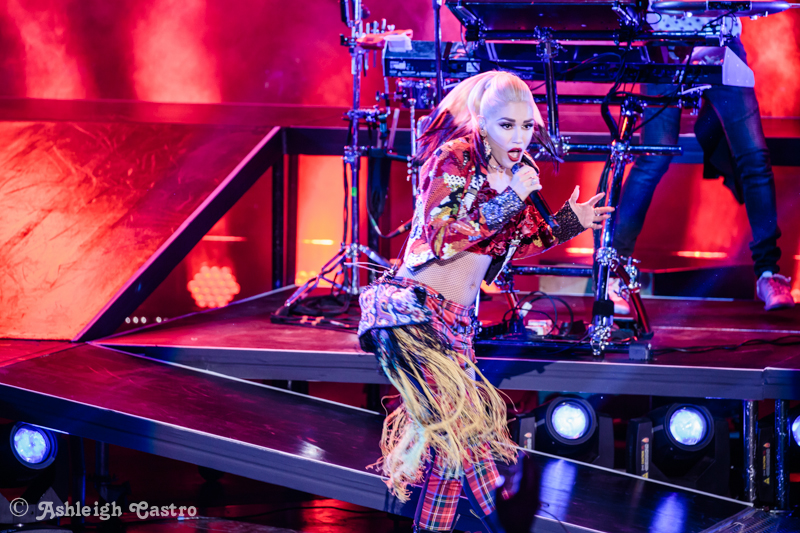 Performing No Doubt and Stefani classics to follow with some new jams sprinkled in. I flicked my lighter for “Don’t Speak” and shed some tears, as many in the audience may have. A girl asked if Stefani would sign her tattoo and she invited her onstage to do so. She also invited a sweet couple of gentlemen up to take a selfie with her because they were just married. One of them claims to have been to over 100 shows. Stefani has highly dedicated fans. 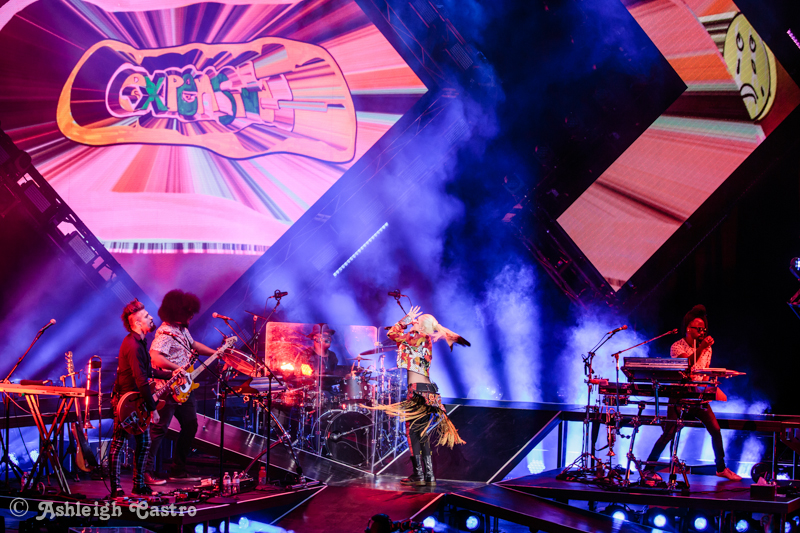 Building the excitement, Stefani was not totally sure what would happen when the pounding beat to “Hollaback Girl” swept the audience into a cheering sea of shuffling feet and spelling tests.

The encore was long awaited, though delivered. The energy was high during the finale, which included “Just A Girl.” Concluding the show, Stefani picked up a girl who looked about five or six from the audience; styled with a bindi, a white tank top with “Stefani” written in Old English text and a pony tail. The moment was reminiscent of my first ever No Doubt poster, which I got right about that little girls age upon the release of Tragic Kingdom. There were many lucky girls and boys that night. 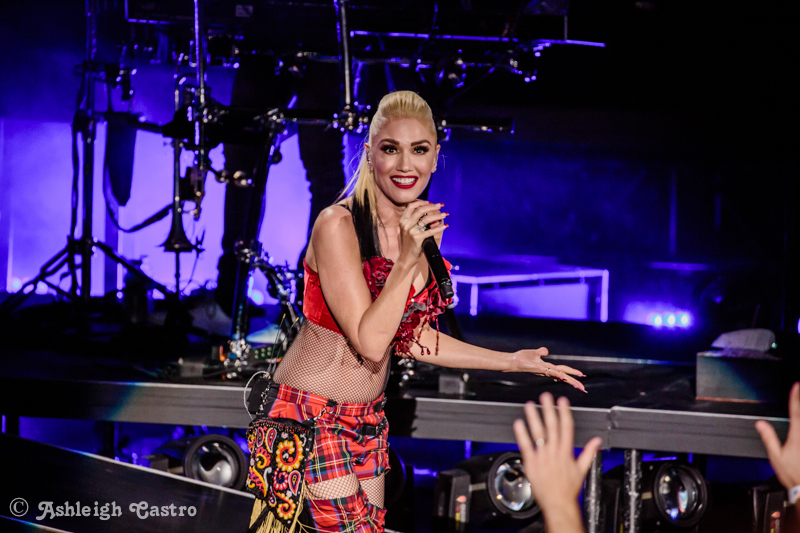 I just have one question: Would Stefani and Eve consider making an album together?

For more information on Gwen Stefani, see her website.