Here’s some good news for people who love bad news – what if beloved indie rockers Modest Mouse, whose visionary weirdness has won the hearts of many fans, was to open for another band? On July 28th at UC Berkeley’s Greek Theatre, that’s exactly what happened when emo rockers Brand New and Modest Mouse paired up to appear on the same stage. And a lot of Modest Mouse fans left the concert confused with what they saw. 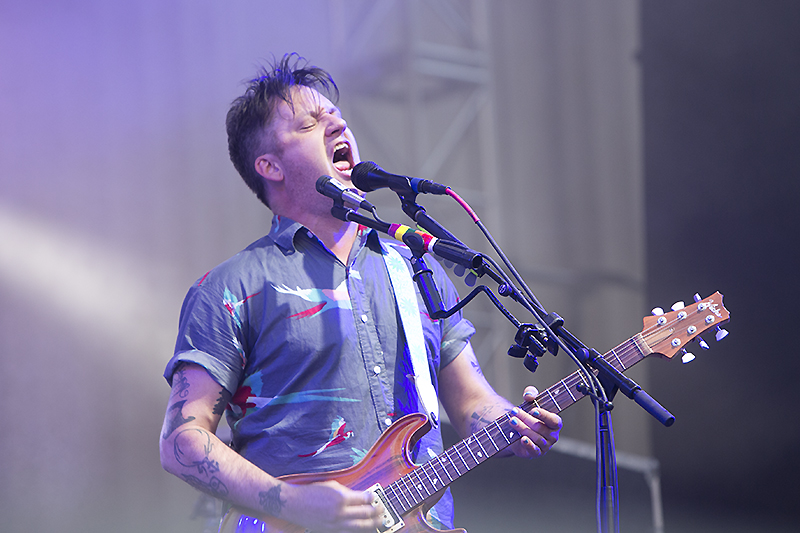 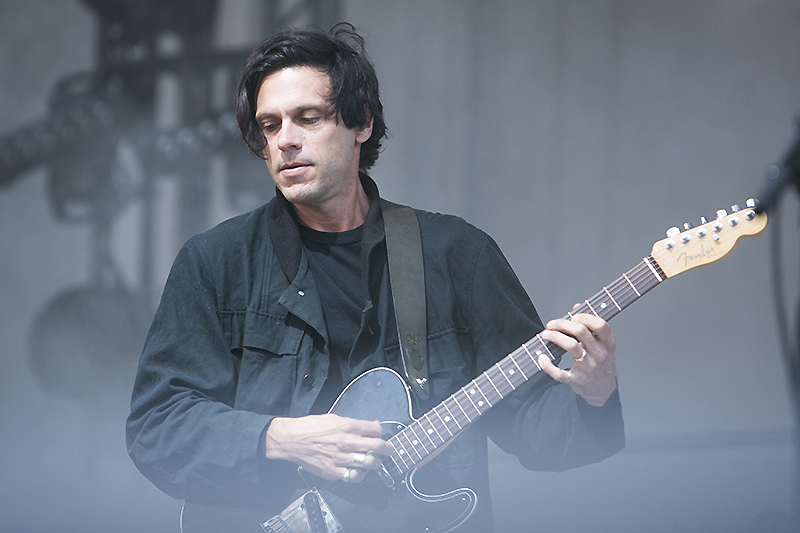 The band’s setlist for the evening leaned towards their latest record “Strangers to Ourselves” spiced heavily with deep cuts off “The Lonesome Crowded West” and “The Moon & Antarctica.” The band turned their backs away from many signature songs including “Dramamine”, “Gravity Rides Everything”, “Ocean Breathes Salty”, “The World At Large”, and the hit “Float On”. A lot of the band’s most memorable songs were nowhere in sight, unfortunately. How come? It could be the “Creep” effect. Radiohead’s most popular song was snatched away from fans for many years because that song casts such an enormous shadow for the group. That wasn’t the case for this tour, though. Many of the songs mentioned above appeared on this tour already. 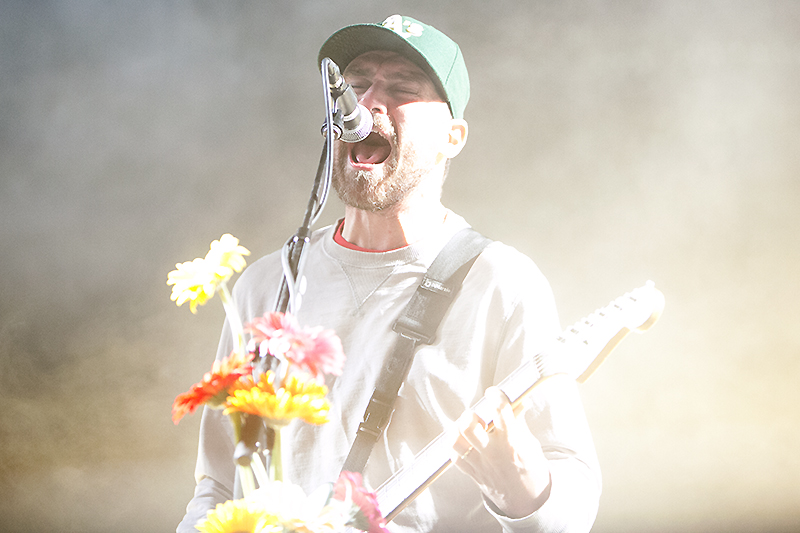 As a touring band that plays across the country, playing the same songs and the same setlist is tiring for any group. However, many felt a little cheated when the band left the stage after playing for about 50 minutes on stage. A lot were convinced Modest Mouse were the headlining act so when the band left and were followed by Brand New, it seemed very strange. 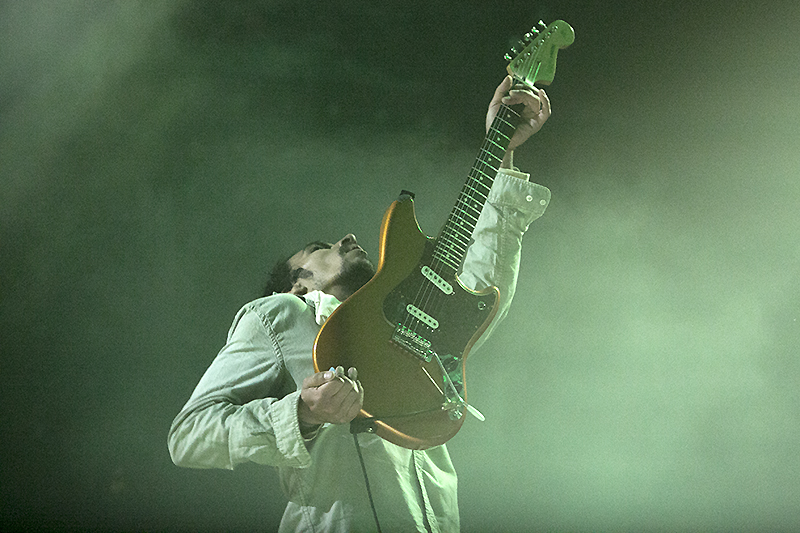 The Long Island band entered the stage just after sunset with singer Jesse Lacey and the rest of Brand New taking the stage to the sound of screaming fans. The band opened with the first track off Brand New’s latest record “Daisy” followed by Lacey’s boyish screams. Most of the setlist drew from the band’s two most popular records: “The Devil and God Are Raging Inside Me” and “Deja Entendu.” Those in front screamed the lyrics at the top of their lungs while others moshed from song to song. By the end of the set, the violent “You Won’t Know” was played to a heaping audience of sweat covered 20-somethings. Then it was over. 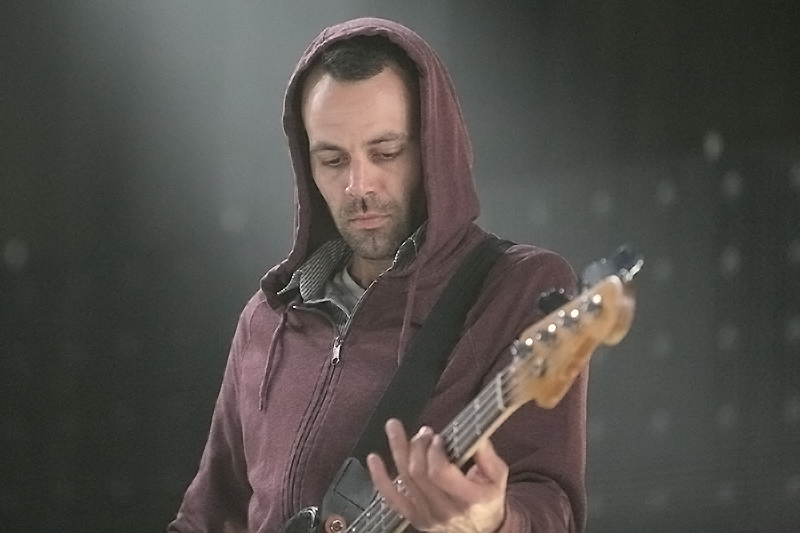 Many outside the venue were confused as to why a band like Modest Mouse would open for a band like Brand New. The answer is this: the two are co-headlining a tour for 2016 hitting all the major cities in the country. The press release announced “no opening acts and both bands performing full headlining sets.” Well there you have it, folks. Whether you’re a fan of Brand New or a Modest Mouse the two bands did bring their strengths to the stage. Modest Mouse had swagger and oddball moments with Isaac Brock going into strange tangents between songs. Brand New gave the crowd exactly what they wanted with all the emo-punk one could want from the group.

Setlist: Sealed to M | Vices | Gasoline | Millstone | Noro | Tautou | Sic Transit Gloria… Glory Fades | Okay I Believe You, but My Tommy Gun Don’t | The Quiet Things That No One Ever Knows | Degausser | Limousine | I Am a Nightmare | Jesus | Luca | Sowing Season | You Won’t Know

For more information on Brand New, see their website.

Setlist: Cowboy Dan | Be Brave | What People Are Made Of | Dashboard | 3rd Planet | Shit in Your Cut | King Rat | This Devil’s Workday | Lampshades on Fire | Perfect Disguise | Trucker’s Atlas | Missed the Boat | The Ground Walks, With Time in a Box | Shit Luck