Instrumental rock band God is an Astronaut came to the Great American Music Hall on Thursday night, captivating the crowd with their impressive light show and their impressive musical performance. The group had a giant backdrop behind them that resembled the stars in the night sky to go along with a few perfectly placed strobe lights. This setup served to enhance their densely layered sound, intensifying their already whimsical music. 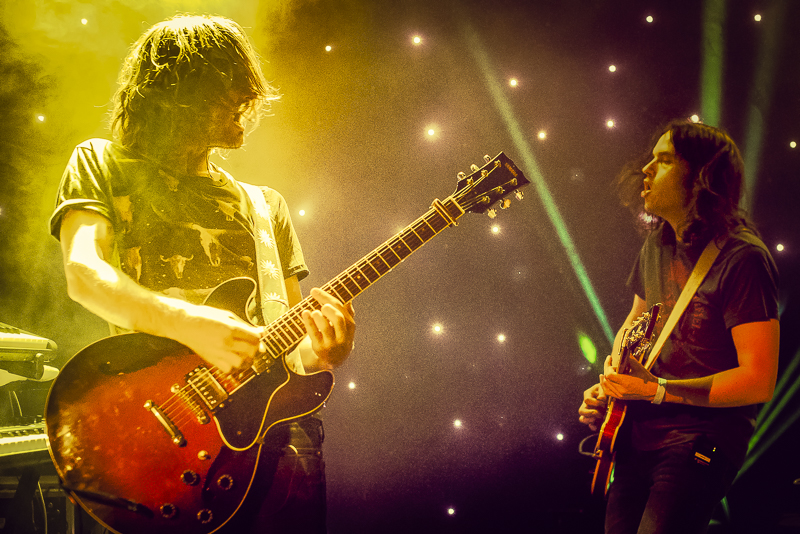 After a few moments of swirling feedback the band opened the set with “Pig Powder” off of their latest release Helios | Erebus, which built from a slow and tranquil opening into chugging metal. The song also featured a different take on vocals – while guitarist Torsten Kinsella sang into a microphone, he wasn’t singing any actual words, and the vocals were treated through a set of effects that made them sound closer to a synthesizer than a human voice. This added an interesting dynamic to the song as it provided a great counterpoint to the heavy metal guitar playing and popping drum beat. 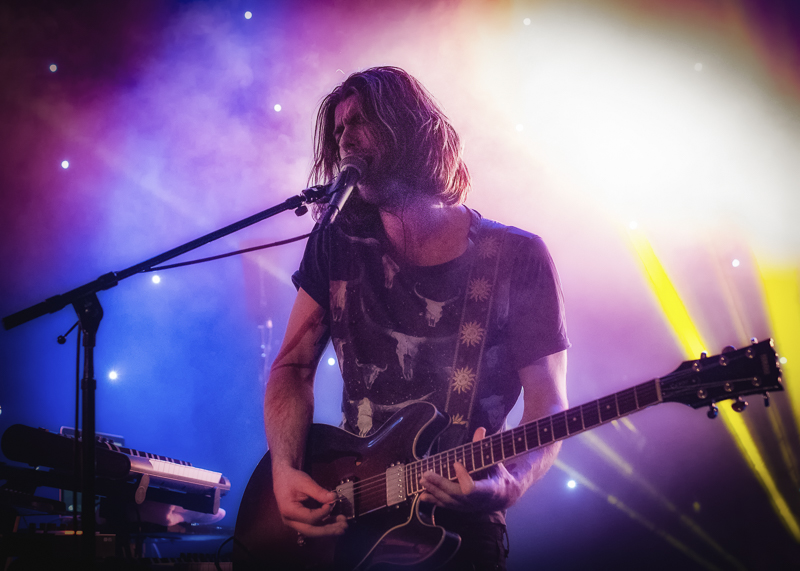 Next up, drummer Lloyd Hanney laid down a propulsive and almost funky beat to start off the song “Echoes,” as the quartet tore through the song in grand fashion. After settling into a crunching and heavy part, the track glides into a breakdown punctuated by some incredible guitar playing from Kinsella and Jamie Dean who whip out some seriously sublime harmonized leads to close out the song. As the set continued, God is an Astronaut balanced older songs with newer songs in a pretty good ratio, which seemed to really get the nearly sold out audience into a lively mood. One such song was the surging “From Dust to Beyond,” which began with an especially heavy and dissonant intro before gently descending into trippy psychedelia. 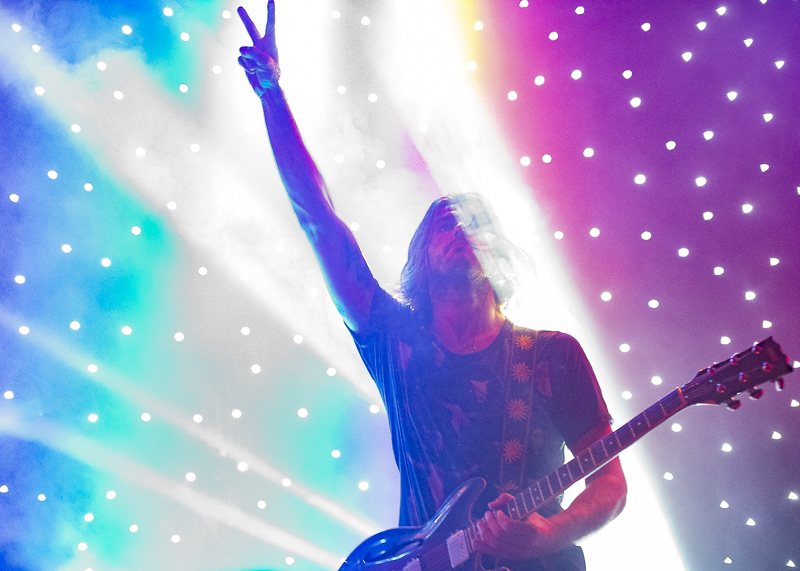 This was again enhanced by their use of background lighting, as it served to really give the song a certain edge that would not have existed without that type of lighting. Midway through the song, bassist Niels Kinsella began playing a fast and technically complex bassline, one that fit in perfect syncopation with the beat. Dean played a simple yet evocative guitar figure over this part as the song began to fade out to a loud audience response. A few songs later the group reached the end of their set but decided against doing the traditional preplanned encore setup wherein a band walks off stage only to return a brief time later to play a few more songs. Instead they just decided to go straight into it because of how well the crowd had been reacting all evening, closing out the night with “Suicide by Star” and “Zodiac.” 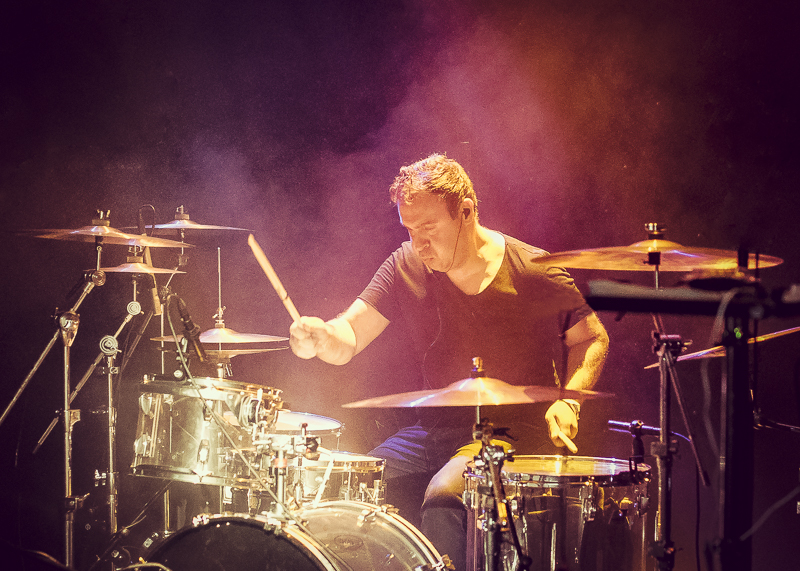 “Zodiac” starts off with an interesting drum loop over the PA system before the band came in with a straightforward and driving rhythm over which Dean and Kinsella layered some rich and melodic guitar lines. Eventually the track significantly speeds up into an all-out burner with Kinsella playing a captivating and intriguing guitar piece to perfectly finish off the song and the concert in majestic fashion. 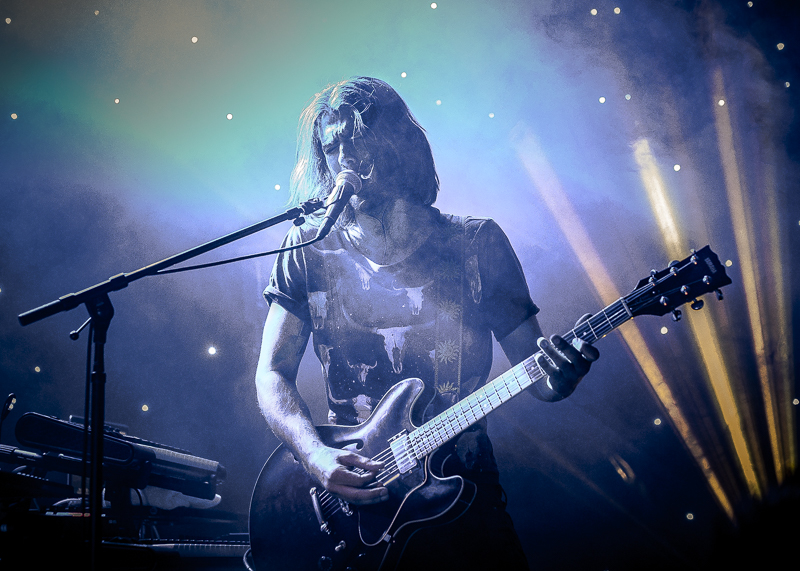 While God is an Astronaut may not have the same kind of popularity as similar sounding bands, their intriguing blend of musical styles is certainly something to behold and it certainly holds up against the more popular instrumental post-rock groups out there.

For more information about God is an Astronaut, see their website.