There’s truly no better way to end a year and then start a new one than with Primus. A guaranteed show that has been going strong in the Bay Area for 26 consecutive years always sparks great excitement for the fans that have this fantastic event to look forward to all year. 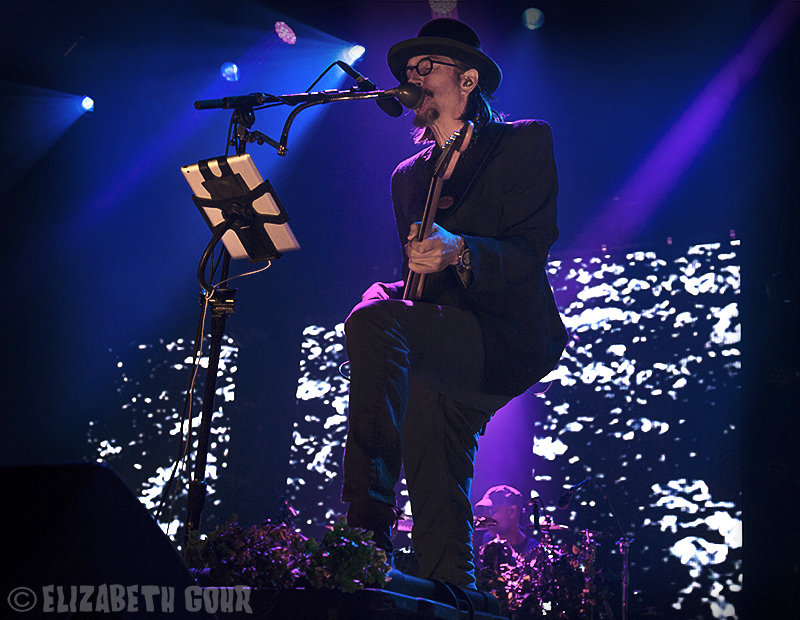 This year presented the theme around the recently released Primus album entitled The Desaturating Seven, a conceptual album based upon the vibrant children’s book called The Rainbow Goblins. The recent tour for Primus allowed the audience to soak in this auditory adventure as they perform the new album in its entirety. 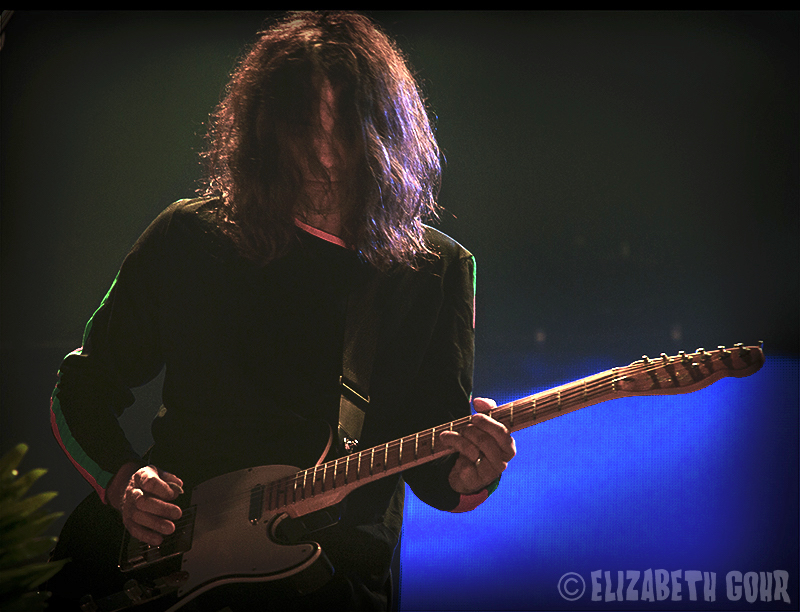 Before embarking on such an adventure, this trio of master musicians warmed up the stage with a handful of classics, starting out with an excellent reprise of “Too Many Puppies” smoothly transitioning into “Sgt. Baker” and then bouncing back into “Puppies.” Following this great intro, Primus pulls out “Last Salmon Man,” a lovely rendition of “Groundhog’s Day,” and a blast from the Wonka past, “Candy Man,” featuring Les Claypool on an electric upright bass and peering out from behind his infamous pig mask. 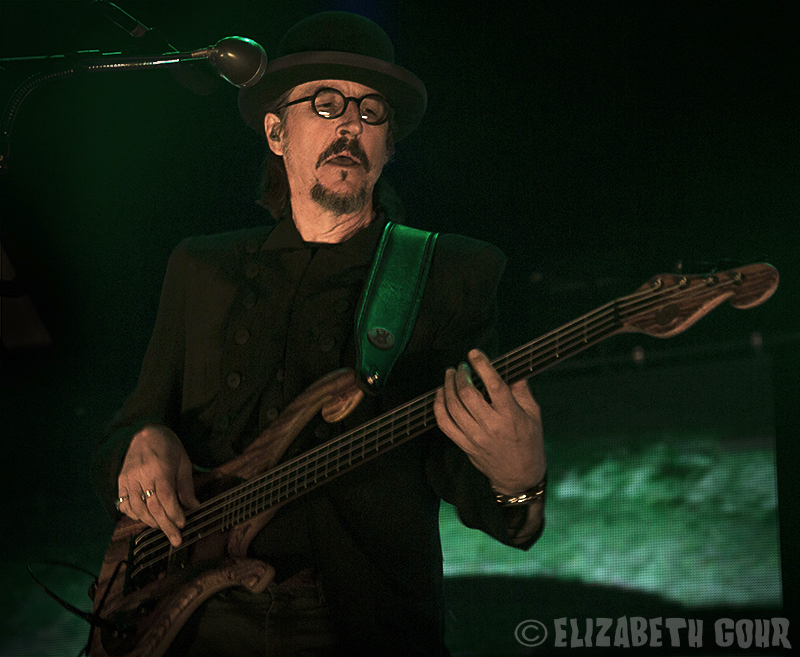 The adventure has commenced for The Desaturating Seven, beginning with a dark overtone loop from the upright bass and Larry Lalonde plucking an acoustic guitar with a giant gnome face on the screen narrating the premise for the book, which entails a journey of goblins in search of rainbows to lasso and suck the colors out to feed upon. Quite a colorful display of a progressive escapade ensued and revealed a new dimension to this very different and unique Primus album. 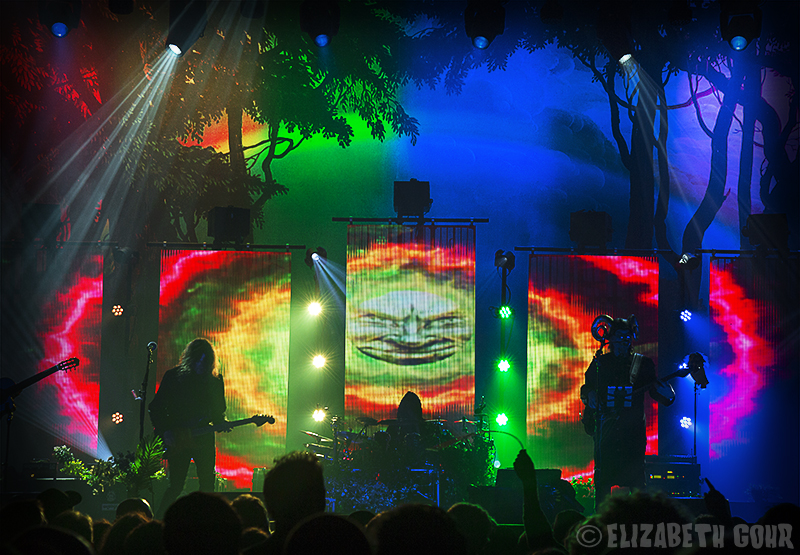 Exceptionally bouncy pogo rhythms and grand gallops on the bass presented throughout assist the listener in visualizing an epic psychedelic-soaked hike through the forest with these goblins in this highly imaginative story. Lalonde offered his vast array of skills and compiled such spiraling guitar-heavy intensity in “The Storm” that it delivered climatic force to flabbergast the masses. 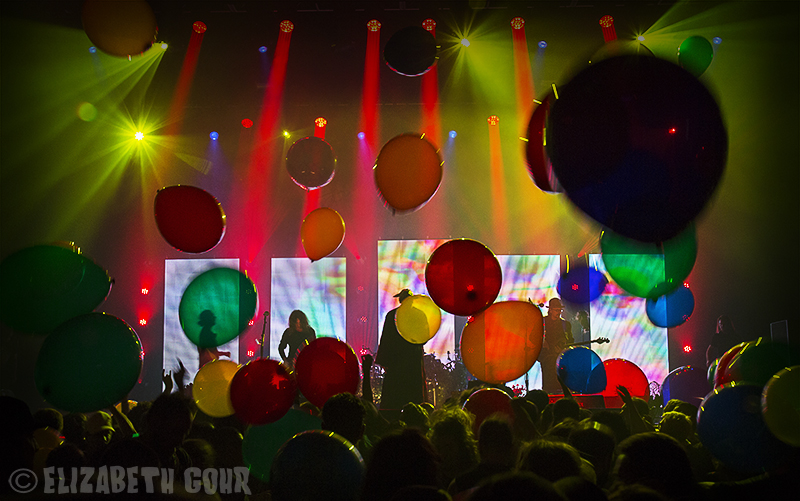 Finally 2017 has come to an end, as Les begins the count down into the New Year with rainbow balloons engulfing The Fox. New Years Eve alumni Bob Cock joined the stage to do a spectacular cover of The Dead Kennedy’s “Holiday in Cambodia,” perfect for balloon popping madness. Tim Alexander then provided a mind-boggling and extremely on point drum solo/intro for “Eleven,” which then offers another smooth transition into a crowd pounding “Pudding Time.” 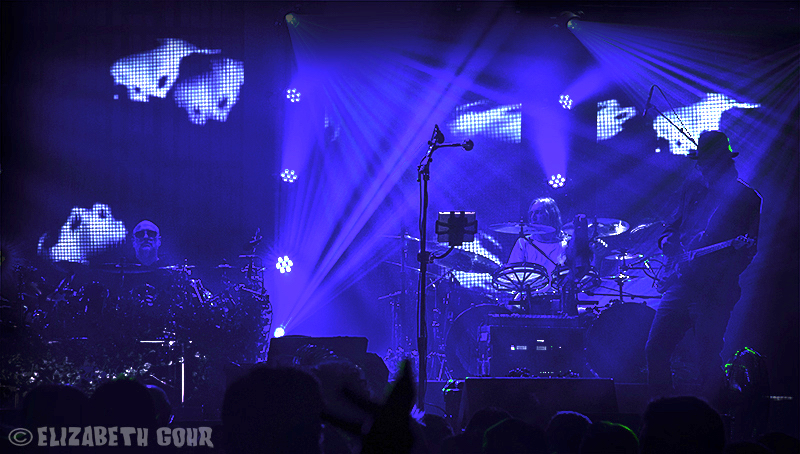 A very special surprise and delectable treat came with the first encore of “Southbound Pachyderm,” as Danny Carey’s drum kit crept in and lit up into a mesmerizing drum-off between him and Alexander. This incredibly wonderful collision of the worlds of Primus and Tool gave breath to an organic harmonious nature of extreme technicality and brilliance. Claypool and Lalonde intertwine their genius capabilities empowering the psychosis of this mind melting super jam.

Opening the show premiered a very special super group debut from Legend of the Seagullmen featuring Danny Carey on drums (Tool), guitarist Brent Hinds (Mastodon), director and Pixar animator Jimmy Hayward on guitar (Toy Story, Horton Hears a Who!), bassist Pete Griffin (Zappa Plays Zappa, Dethklok), guitarist Tim Dawson, visionary vocalist David “The Doctor” Dreyer, and Chris DiGiovanni on synth. Hinds appeared to be missing in action due to a family emergency and the replacement guitarist for the night unveiled the one and only, Larry Lalonde.

This highly conceptualized nautical voyage conceived by Dreyer featured a cinematic lyrical composition around aquatic folklore. Emphasizing the storytelling aspect, this group has power driven force backed by Carey’s impeccable rhythm, aggressive vocals from Dreyer, and electrifying strength of three guitars with great emulation of sea sounds and salty tales. A generous taste of what is to come, Legend of Seagullmen drops their self-titled debut album on February 9th with visual artwork soon to follow.

Here’s a slideshow with more photos from the New Year’s Eve show at The Fox:

Find out more about Legend of the Seagullmen here.