The Mothership landed and it brought a pack of funky all-stars. P-Funk All Stars is George Clinton’s ‘80s born collective of old skool and new skool out of this world Funk talent. Just like in sports, Maceo Parker referred to it before on a live CD while he was in the lineup, “like the NBA all-stars. “ The lineup is a constantly evolving, hand-picked set of star performers. The best at what they do and what they do is FUNK, psychedelic style. The Bay Area has always had a sweet spot for both, so this is friendly territory for these extra-terrestrials. 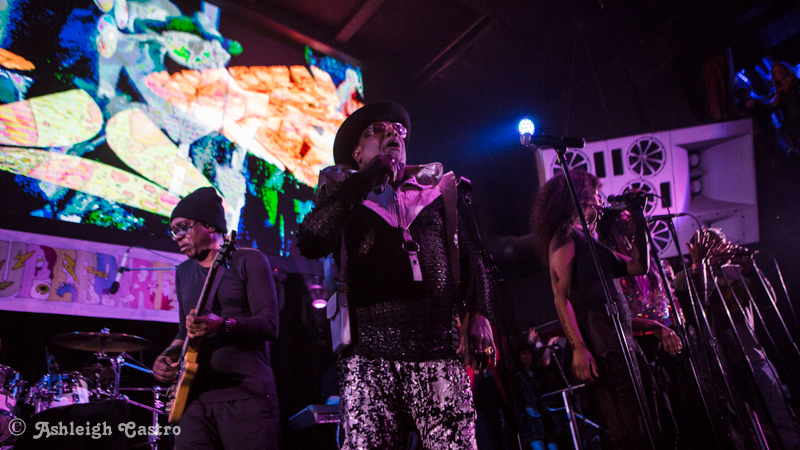 Those familiar with George Clinton know what to expect from a P-Funk performance, a party jam. Rickey Vincent was spotted on the 1’s and 2’s. Miss Velvet and The Blue Wolf, a full 12 piece band, open the show with “high-watt” vocals and a classic Funk ‘n’ Roll rockin’ good time. Oddisee & Good Compny rocked the party with their funk backed hip-hop grooves and socially conscious poetic lyrics. In between each act there was DJ jam after DJ jam that kept the party alive, and the party was scheduled to be on until 3AM. After Oddisee, the crowd kept on dancing to the DJ. Who could blame them? The DJs had it going on! The floor was packed all the way out to people peering in from the lobby by the time the stage was set for the main act. 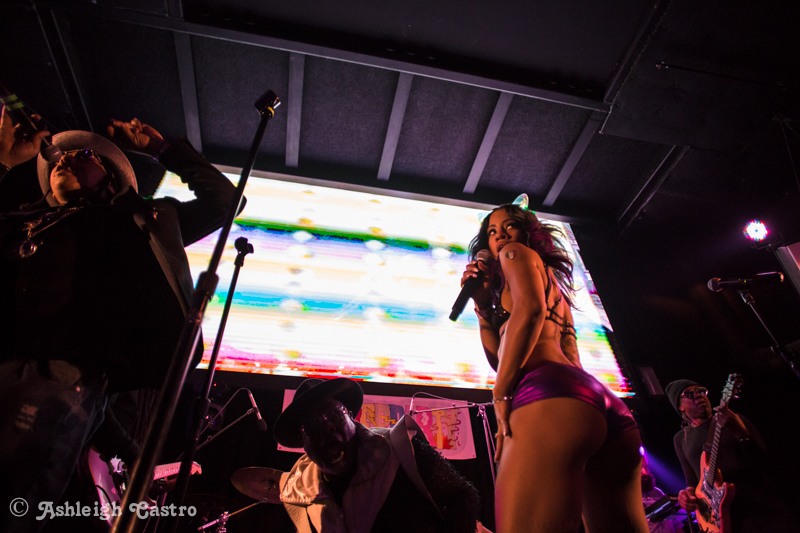 The producer, the conductor, George, the source of this type of party walks on stage like the boss, the king that he is, smiling regal, the band of all-stars jamming and taking the stage, kicking it off with a rock guitar powered “Get Off Your Ass and Jam.” A well fit start to a Friday night party where everyone was there to get wild, loose, and fonkay! Our all-stars groove into extended versions of classic jam after classic jam. “(Not Just) Knee Deep,” “Flashlight,” “One Nation Under A Groove,” “Standing on The Verge Of Getting It On,” “Maggot Brain,” “Give Up The Funk,” to mention a few. DeWayne “Blackbyrd” McKnight shredded on his guitar, fly guy, Carlos “Sir Nose” McMurray was bringing the dance and charm, getting the crowd to clap, sing, and make noise. George and company didn’t stop engaging the crowd throughout the entire set. The more audience participation the more charged our return visitors became. 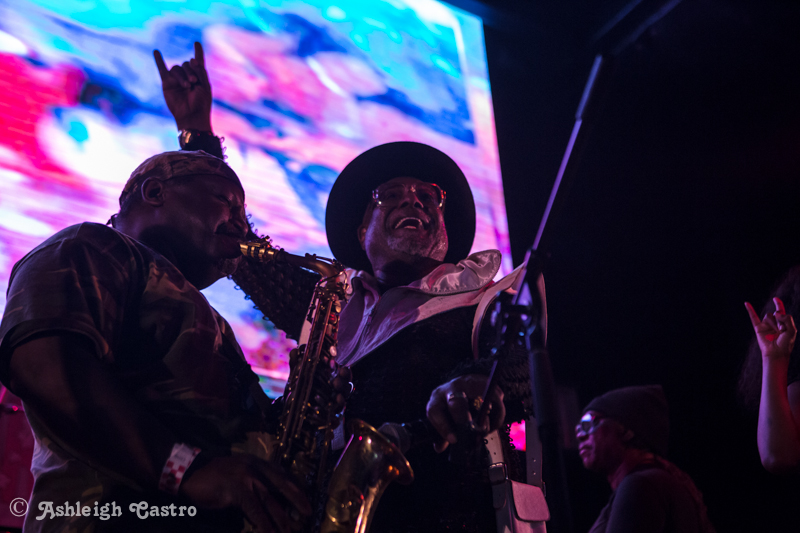 That night, our All-Stars reached out for our voices, energy, and moves. Fist bumps, pounds, joint puffs, handshakes, and high fives with music legends-the crowd was immersed in the Funk, star struck. The lights suddenly turned on and the music stopped, like a UFO experience, it was over just like that. It must be 3AM.

Here’s a slideshow with more photos of George Clinton and the P-Funk All Stars by Ashleigh Castro:

Father, self-trained IT professional, writer, activist, biker, samba baterista, and music lover, Bronx native, Pjay Castro (Radiohash) has been a fan of music all his life, especially live music. He started his IT career while working for Tower Records for over 18 years, where he traveled for store openings and other projects, befriending musicians and artists whom he felt more relaxed and comfortable with than every day people. The Bay Area is Pjay’s favorite scene in California where the arts, expression and culture are priorities that are celebrated.