Celebrating the 20th anniversary of their seminal Version 2.0 album, Garbage recently embarked on a U.S. tour that sees them playing a 17 state-run, playing the album in its entirety, with a few surprises thrown in for good measure. The tour recently stopped of the Fox Theater in Oakland Ca., where Shirley Manson and company delivered a 23-song performance, sounding just as good, if not better than they did all those years ago when the record was originally recorded. 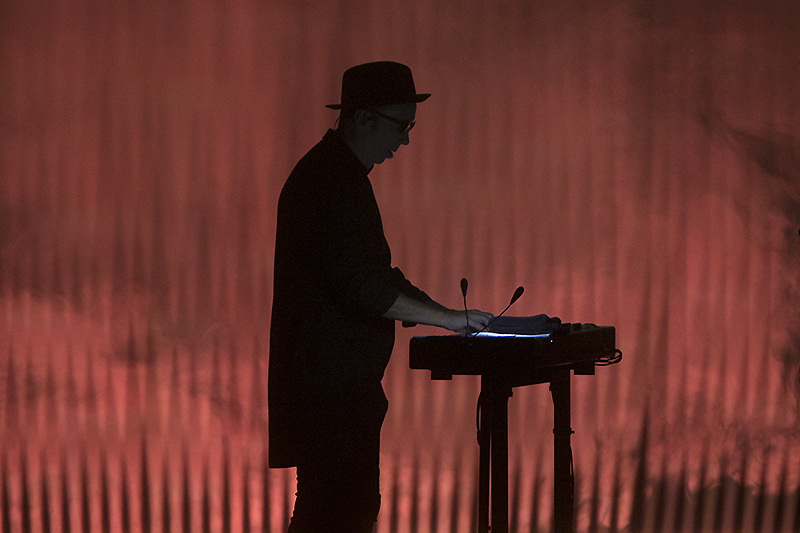 Opening their set with “Afterglow,” Shirley Manson strutted out onto the stage looking like a samurai warrior, while still retaining both the fierceness and grace that she has always had. From there the band mixed things up a bit, playing songs that spanned their entire career, before returning to the Version 2.0 record. Playing in the shadows, drummer Butch Vig, guitarist Steve Marker, and guitarist/keyboardist Duke Erikson carried the backbone of the songs, and it was Shirley’s still impeccable voice and commanding stage presence that brought the songs to life, keeping them sounding fresh. 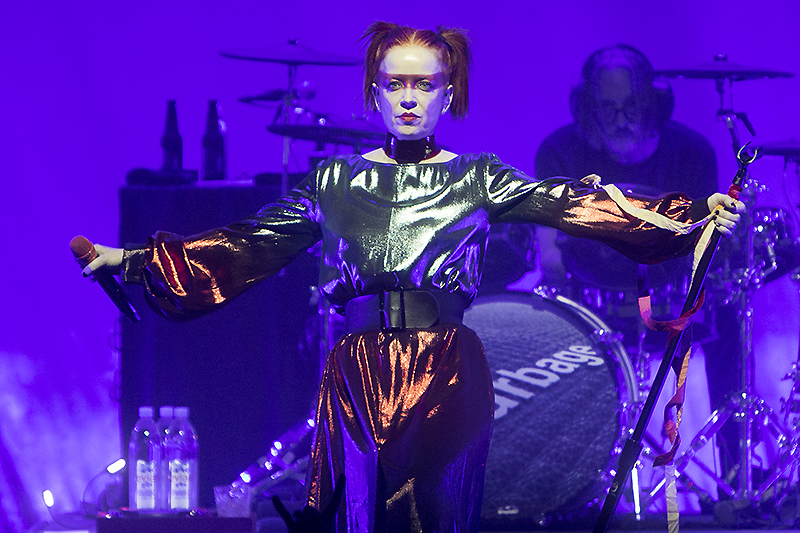 Highlights of from the evening included “Temptation Waits,” “I Think I’m Paranoid,” and “Lick the Pavement,” and by the time they wrapped up their set with “Cherry Lips (Go Baby Go!),” it was clear that the band is just as relevant today as they were 20 years ago.

Here’s a slideshow with more photos of Garbage (the band) by Raymond Ahner:

Setlist: Afterglow | Deadwood | Temptation Waits | Wicked Ways (with Personal Jesus snippet) | Special | The World Is Not Enough | 13x Forever (with Tired of Waiting for You snippet) | Get Busy With the Fizzy | Hammering in My Head | Medication | Thirteen (Big Star cover) | Can’t Seem to Make You Mine (The Seeds cover) | I Think I’m Paranoid | Sleep Together | Dumb | Soldier Through This | Lick the Pavement | Push It | When I Grow Up | You Look So Fine (with Dreams snippet) || The Trick Is to Keep Breathing | No Horses | Cherry Lips (Go Baby Go!)