Having just released their seventh studio album, And Justice For None, just a few months prior, Las Vegas metal band Five Finger Death Punch have just kicked off a US to support it, bringing Breaking Benjamin, Nothing More, and Bad Wolves along for an evening of music, more than enough pyro and production, and good times for their fans. Their recent show at the Shoreline Amphitheatre in Mountain View was proof of that. 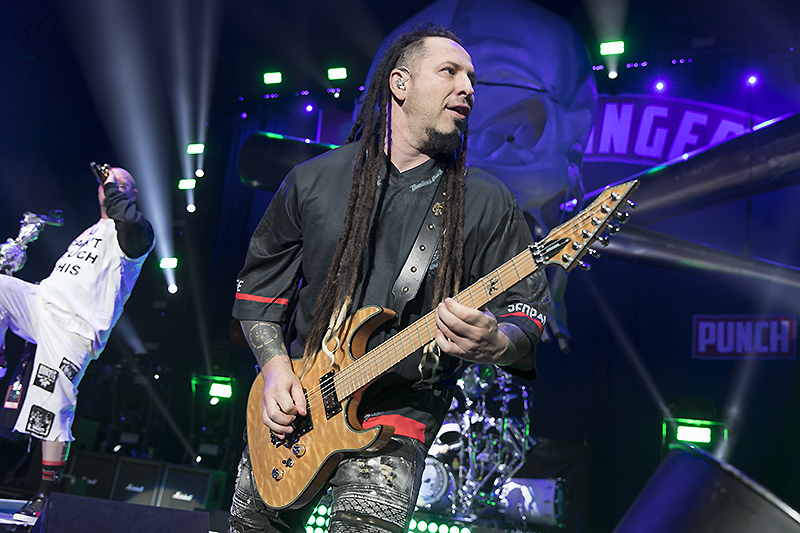 Kicking off their set with “Lift Me Up,” Five Finger Death Punch made it clear that the evening belonged to them. With a giant skull and crossbones looming over the drum kit of Jeremy Spencer (whose skeleton face paint matched) and more than enough pyro, the band ran through a career-spanning set, including “Wash It All Away,” “Remember Everything, “Wrong Side of Heaven,” (the last two done acoustically), and of course their cover of “Bad Company.” Perhaps the highlight of the evening came as Bad Wolves frontman Tommy Vext (who briefly served as a replacement of 5FDP singer Ivan Moody) joined his ex-bandmates for “Burn MF” before closing out the night with “The Bleeding,” which was the perfect way to cap off the night. 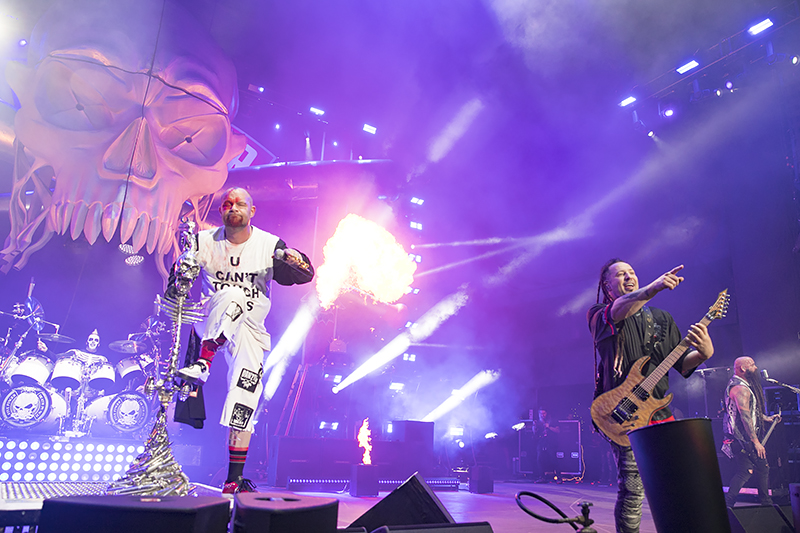 Support on this tour comes from Breaking Benjamin, who put on their own high energy set highlighted by “Blow Me Away,” Grammy-nominated Nothing More, who had the tough task of playing in direct sunlight as the sun started to set, and Bad Wolves, who more than did their job bringing the fans to their seats early.

Here’s a slideshow with more photos by Raymond Ahner:\

Setlist: Lift Me Up | Trouble | Wash It All Away | Jekyll and Hyde | Bad Company

Setlist: Red Cold River | I Will Not Bow | Never Again | Breath | Imperial March / Schism/Smells Like Teen Spirit / Walk / Sad But True | Drum Solo | Sooner or Later | Blow Me Away | So Cold | Angels Fall | Psycho | Failure | Until the End | Believe | Torn in Two | The Diary of Jane

Get the dirt on Breaking Benjamin here.

Check out Nothing More here.

Setlist: Officer Down | Learn to Live | No Masters | Hear Me Now (with Diamante) | Better the Devil | Zombie(The Cranberries cover)

Get more info on Bad Wolves on their website.