A rebellious hoard of self-loathing FIDLAR fans split like the Red Sea. Suddenly, a wide aisle formed on the floor of Oakland’s Fox Theater. Frontman Zac Carper ordered all the guys to make room for a “girls only” pit. Hundreds of ladies threw their hands in the air and started slamming, body surfing, and stage diving to an upbeat rendition of “5 to 9.” 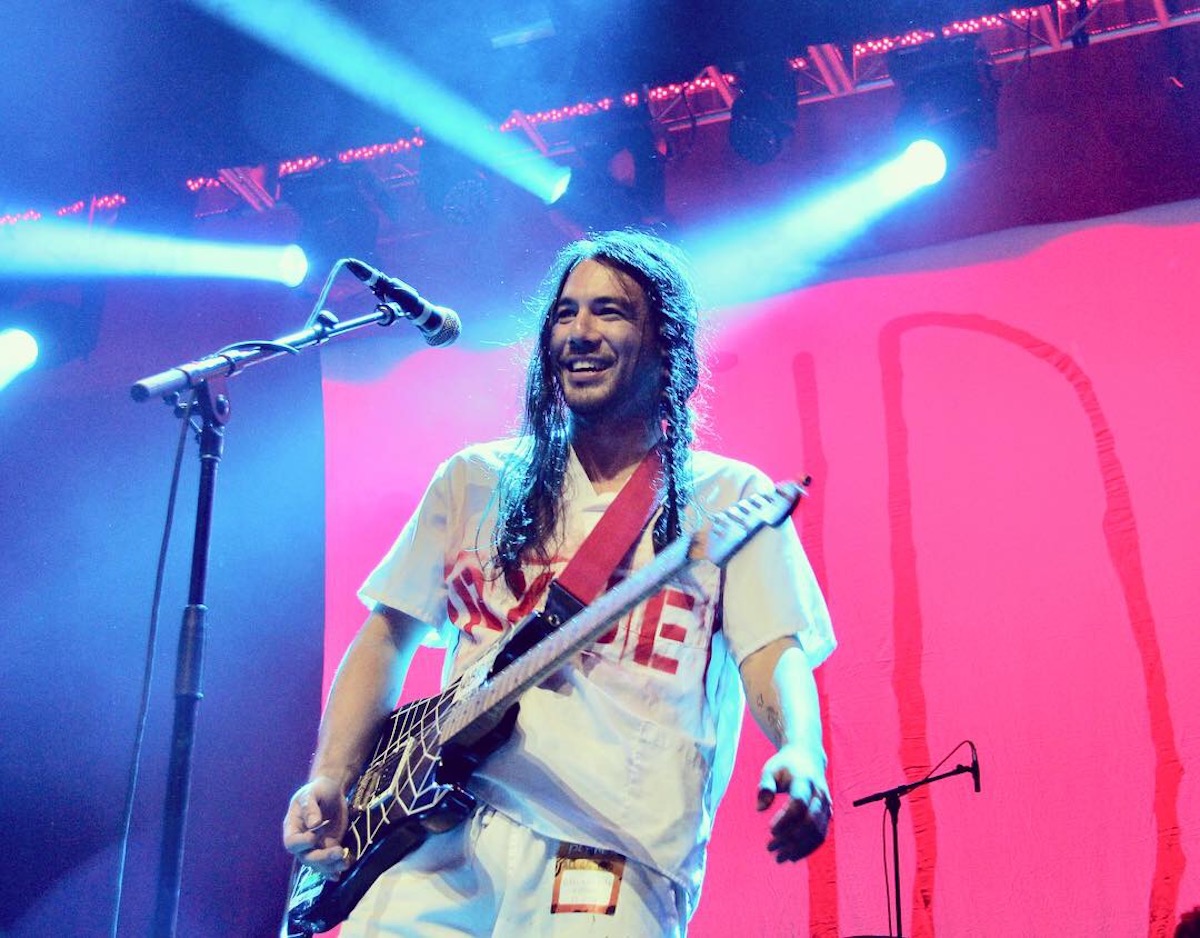 A FIDLAR crowd is young and disobedient. You can easily picture fans slamming swigs of cheap, smuggled-in booze in the bathroom before pulling their friends by the wrist and running toward the floor. That LA-based punk band inspires that kind of wild energy and it’s why a FIDLAR show is so fun. 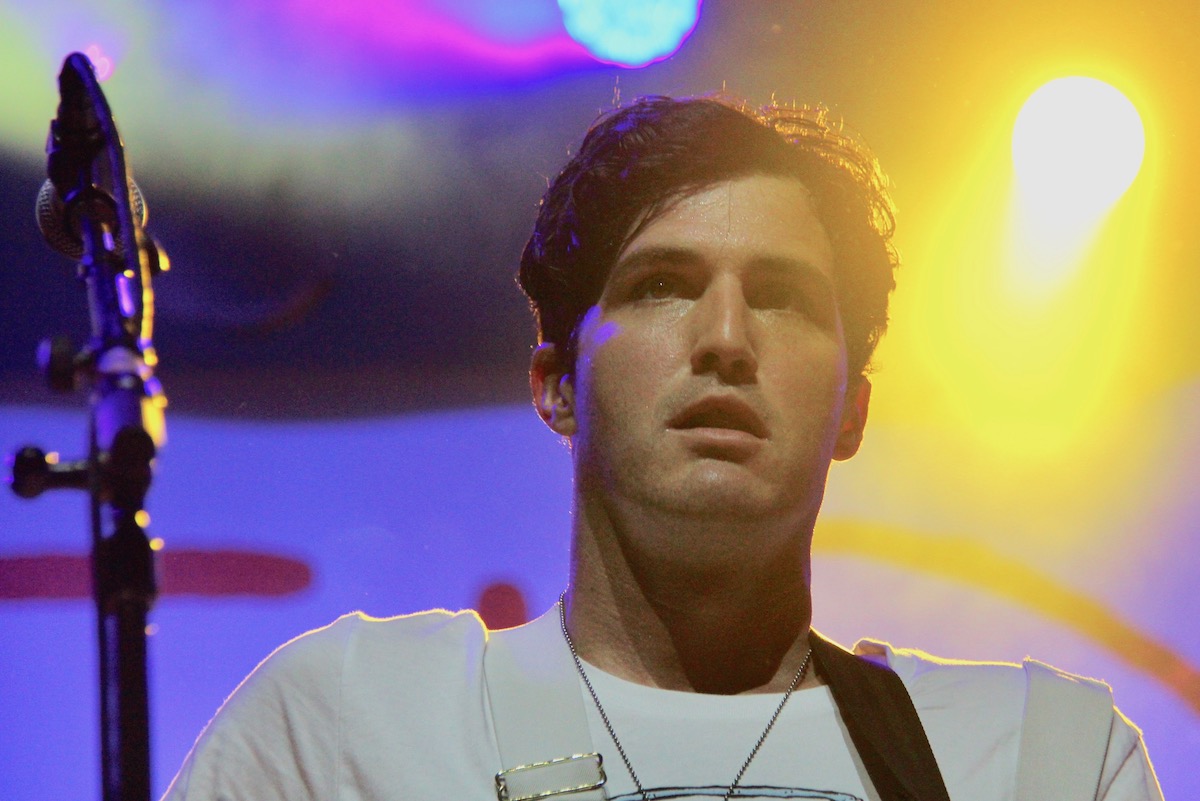 By the time the band hit the stage, fans started throwing themselves into each other to the familiar surfy intro of one of their biggest hits, “Alcohol.” Every tune oozes party vibes. I mean, the band’s name name spells out “Fuck it Dog, Life’s a Risk.” And that’s what they do. They go out there with one intention — to have a real good time. 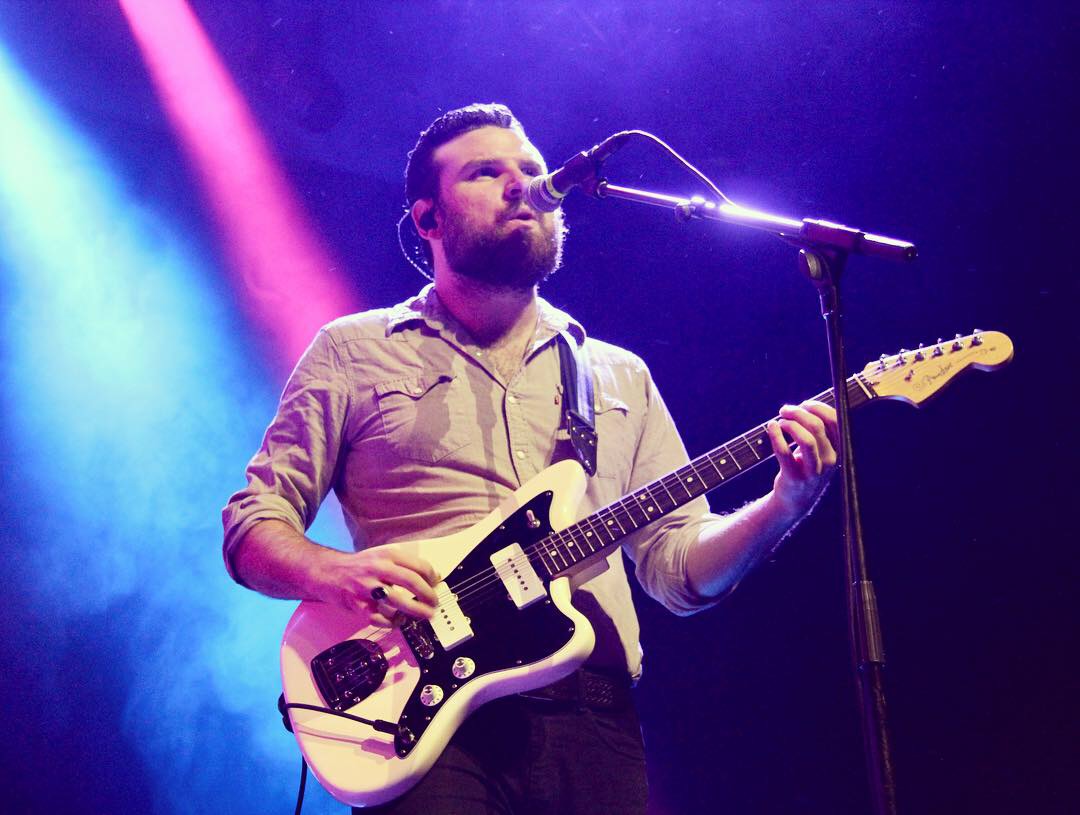 Everything about the band screams DIY, including the giant white banner, which spelled out FIDLAR, and stacks of old TVs on both sides of the drumkit. Dressed in white overalls and a hat only Gilligan could pull off, bassist Brandon Schwartzel thrashed around the stage and pumped up the crowd. By the end of the night he hung five shoes from his mic stand — a collection of all the tennies that were thrown on stage throughout the night. 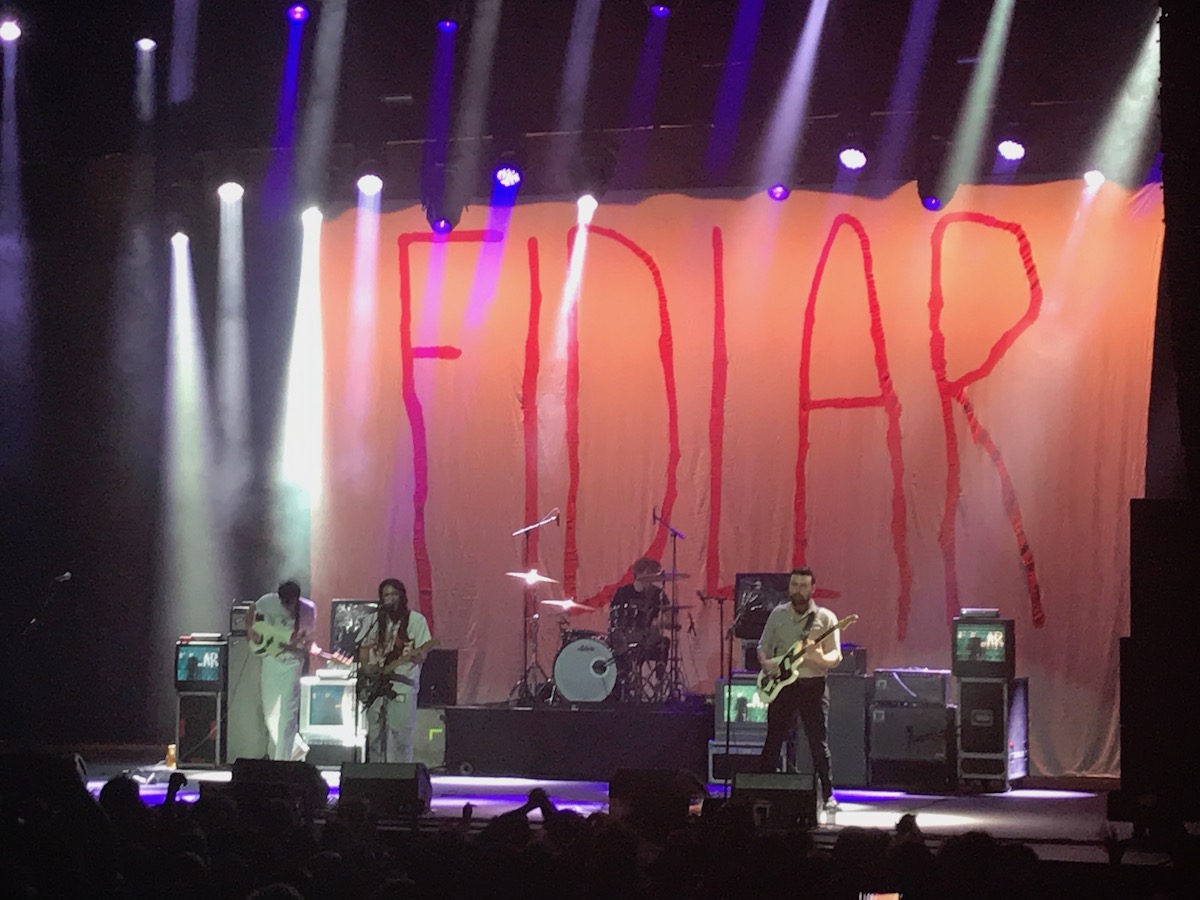 Carper stopped to chat with fans between songs, keeping everyone hyped and rowdy. It felt like a giant house party, really. Drummer Max Kuehn jammed in the back and his brother Elvis Kuehn (both sons of Greg Kuehn, keyboardist for Long Beach punk legends T.S.O.L. as well as a Bay Area mainstay) added to the fun up front. 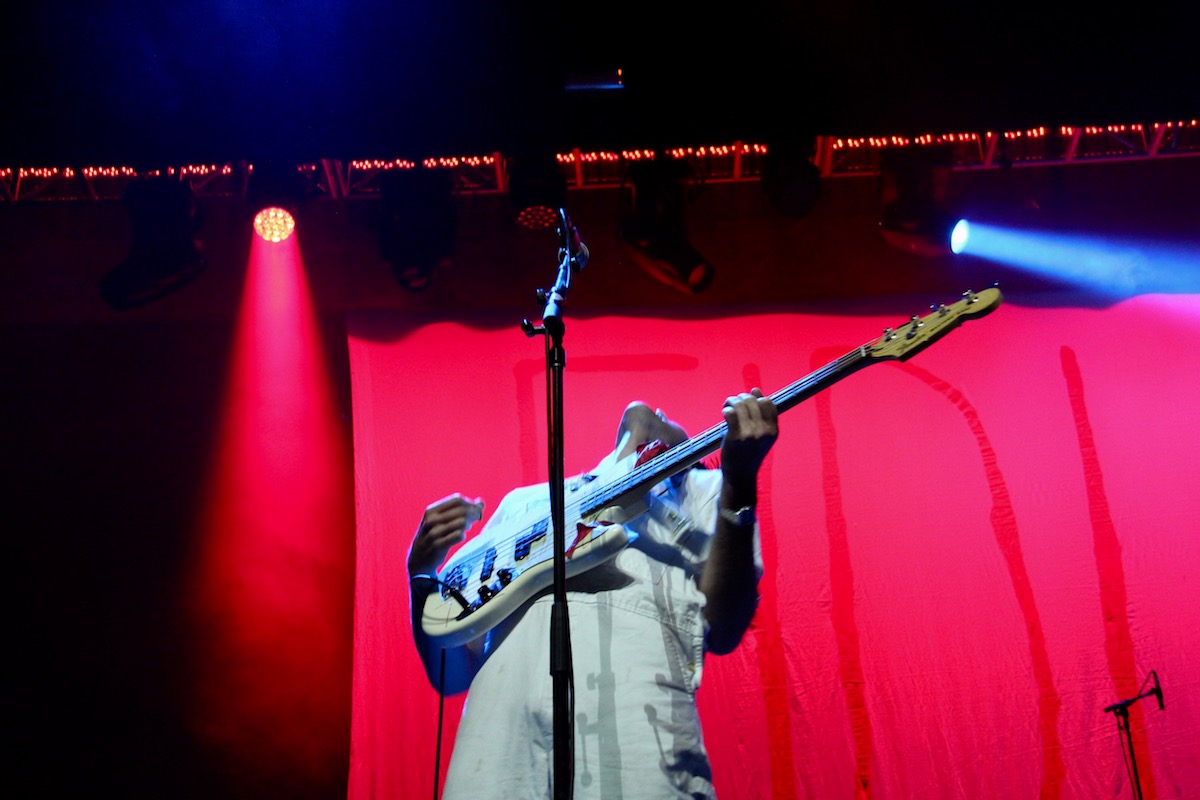 The band’s entire debut album, FIDLAR, revolves around partying. And they played a lot of the old stuff; tracks like “Cheap Beer,” “Blackout Stout,” and “Stoked and Broke.” However, their second album (Too), tackles Carper’s tumultuous relationship with sobriety. Nobody seemed to notice new songs like “Why Generation” and “Leave Me Alone” center around his recovery. 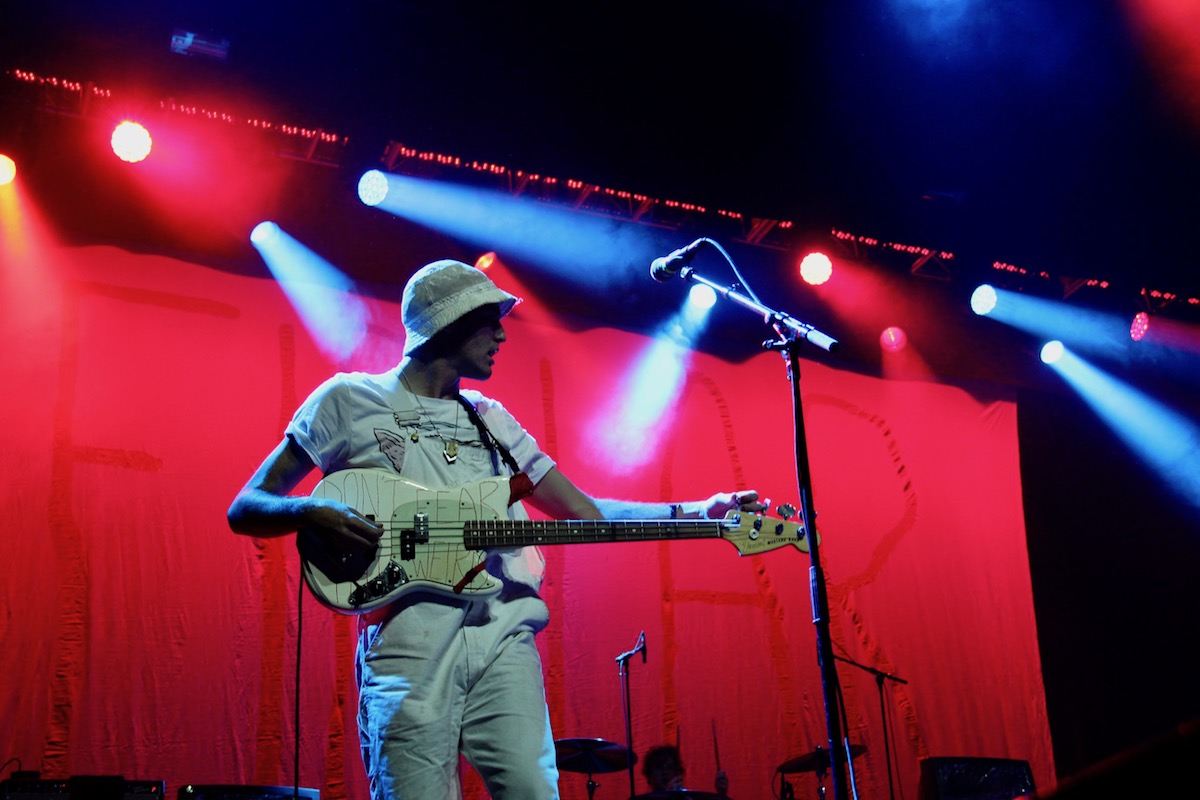 Carper cleaned up his act after tragically losing his girlfriend to an overdose in 2013. And he’s proven time and time again, you don’t need to party to perform. Today, the wild man still goes crazy on stage — maybe in the most authentic way possible. Without the booze. Without the heroin. Even without the cigarettes. 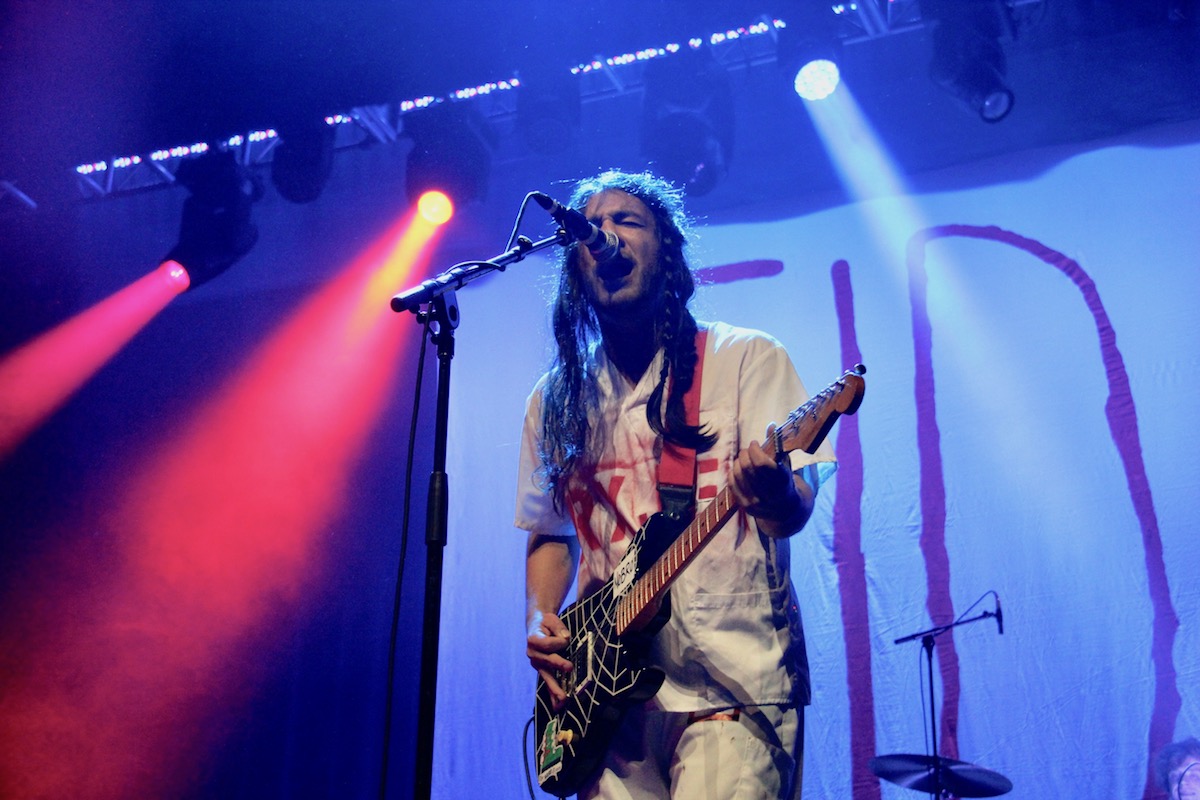 Their music lights people up. A whirlpool of sweaty, buzzed diehards kept right on at it — some danced to the pop tracks; some spazzed to the garage-surf-punk bangers. People leapt over barricades, climbed on stage, and dove into the crowd. A few kids even jumped over security guards to join in on the fun. 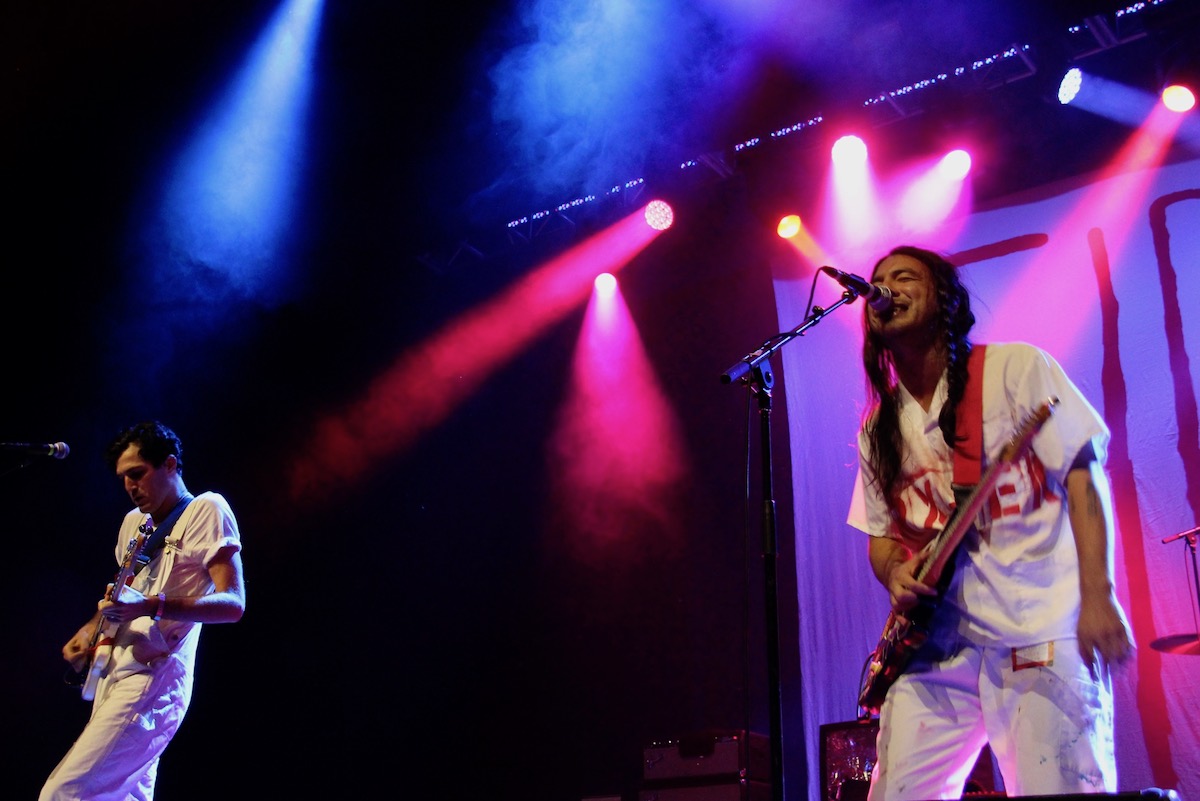 They played a decent amount from their discography — even touching on one song from their upcoming album set for release in January. And they wrapped up the evening as you’d think they would; with a loud and chaotic rendition of “Cocaine.” The venue’s wood floor shook as Carper belted out, “Woke up this morning had a hunger pain / And all I want for breakfast is my good cocaine / Oh mama! Come her quick! / The old cocaine’s about to make me sick.”

Openers The Side Eyes and Dilly Dally kicked off the night.

Setlist: Alcohol I No Waves I Stoked and Broke I White on White I 40oz. on Repeat I Drone I Leave Me Alone I Too Real I West Coast I 5 to 9 I Are You High? I Can’t You See I Flake I Why Generation I Punks I☹ I Wait for the Man I Cheap Beer II Encore II Awkward I Blackout Stout I Cocaine