Initially billed as a show featuring original Faith No More singer Chuck Mosley and friends, a few days prior to the Thursday night’s show at the Great American Music Hall it became apparent that some really special guests would be joining Chuck on stage. namely the majority of the current lineup of Faith No More.

After a few solo acoustic songs by Mosley, original FNM members Roddy Bottum, Mike Bordin, Billy Gould, and new guitarist Jon Hudson came on stage to rip through a set of songs culled from their first two albums: “We Care A Lot” and “Introduce Yourself.” Of course this was done in part to celebrate the reissue of “We Care A Lot” which made for an extra special evening of old school FNM. 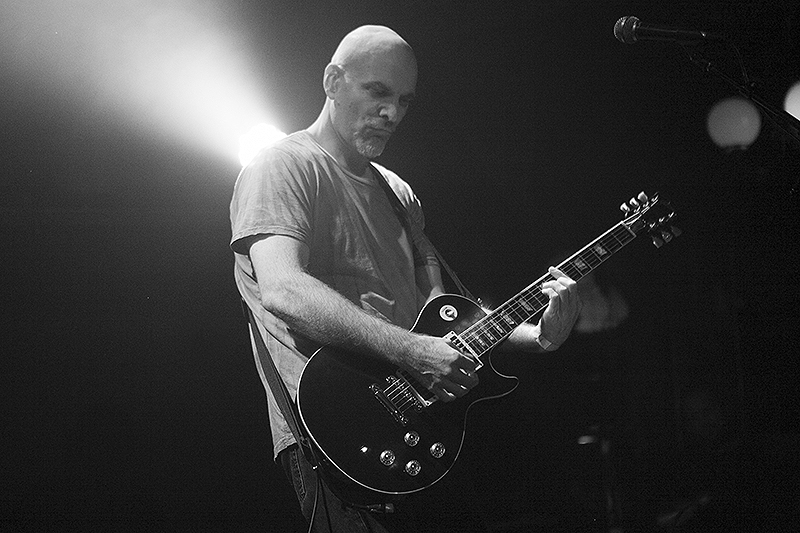 The band opened up with fan favorite “The Crab Song” before launching into an inspired version of “Introduce Yourself” which really got the near sellout crowd into a frenzy. The song features a particularly aggressive chorus that induced the audience to sing along at full volume. It became apparent from the start of their set that the band was having a great amount of fun playing through these songs again, and there was a certain looseness to the whole show which made the event even more enjoyable. A few songs later, the band rolled out “As the Worm Turns,” one of the few songs that the band still performs with current singer Mike Patton, which created one of the biggest responses from the crowd of the night: moshing and slamming around throughout. 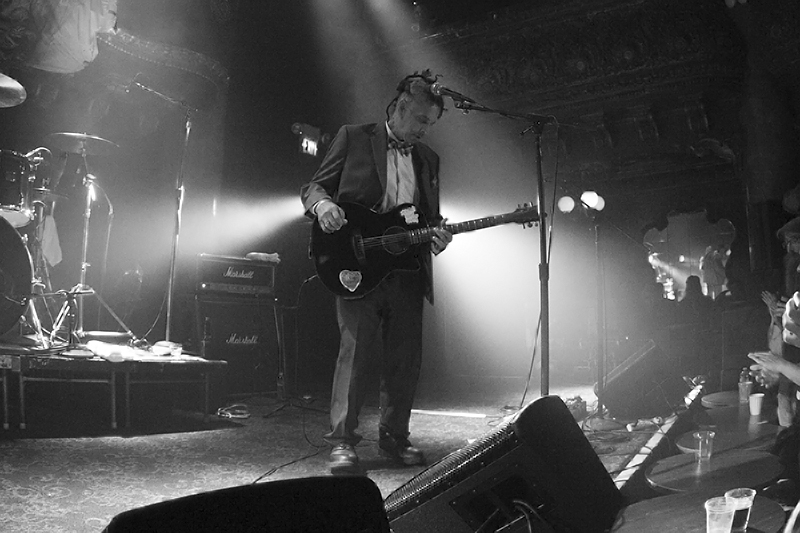 Overall the band sounded great, with Hudson nailing his guitar parts in impressive fashion. Special attention has to be given to Bordin and Gould who really seemed to play the most inspired out of the group, absolutely hammering throughout. Gould’s bass tone was massive and his combination of ferocious slap bass and precise picking took the songs in many different directions. Bordin appeared to be playing his drums at the end of his range; slamming each hit and each fill with impressive force. This served as a reminder of just how rhythmically complex these early songs were as they featured so many unique and syncopated beats. These are songs that switch effortlessly from pummeling heavy metal to hard funk to cheesy new wave in the blink of an eye. Mosley sounded in fine form as well, managing to keep up with the frenetic music and handle each song well. While he appeared a bit frazzled at times (something he admitted to a few times during the show), overall he did a great job with the songs. 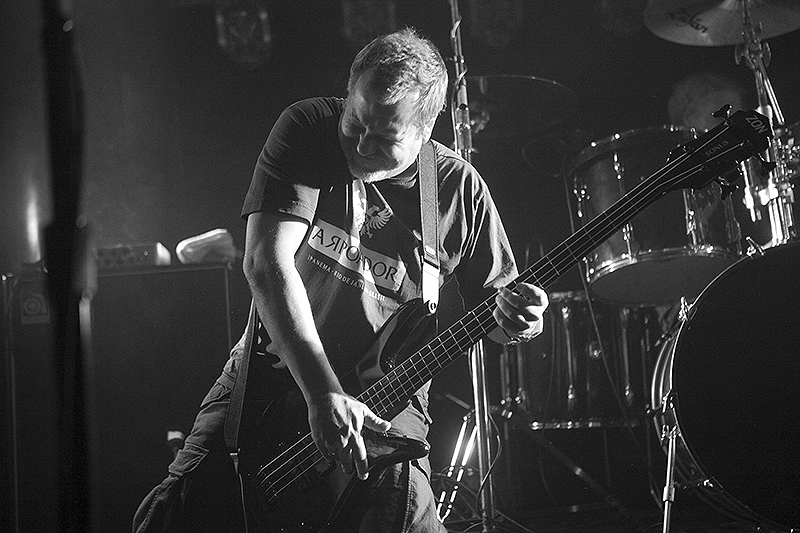 After a brief break the band came on to play the rampaging instrumental “Pills for Breakfast” off of “We Care A Lot,” which got a huge rise out of the crowd before the band finished with Anne’s Song, closing out the show on an impossibly high note. Overall it was exhilarating to see Faith No More do something of this nature: it was a great gift to all of their diehard fans who finally got the chance to hear these classic songs in a live setting with Chuck Mosley.

Setlist: The Crab Song | Introduce Yourself | The Jungle | As the Worm Turns | Greed | Spirit | New Beginnings | Arabian Disco | Mark Bowen | We Care a Lot | Why Do You Bother? || Pills for Breakfast | Anne’s Song

For more information about Faith No More, check out their web site.