About 30 minutes into her almost two hour set at the Warfield, Erykah Badu asked the audience, “Who is having their first Badu experience.” This was the right question to ask, because what happened in the Warfield was not just a concert. It wasn’t a linear progression of songs following a verse/chorus/ solo playbook. It wasn’t even a linear progression of songs. It was an “experience,” just as Badu called it, with songs drifting and melting into each other, one in which Badu projected both a soothing calm while delivering an energetic performance. 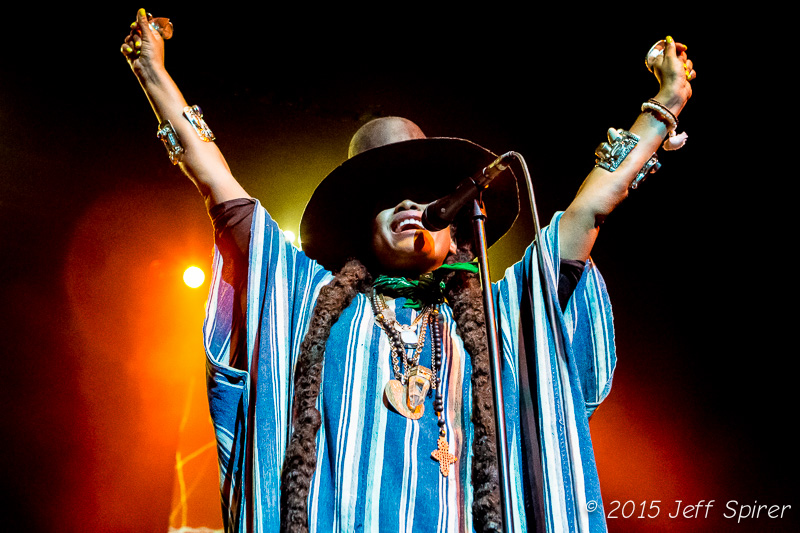 That experience saw Badu sing both words and without words, letting her voice soar over the music in wordless expression, talk with (“with,” not “to”) the audience, burn incense that wafted across the center of the Warfield, sing to a stuffed animal and to audience phones, sing with the audience, listen to the audience sing, and share her time on stage with everyone. At one point, she repeatedly sang, “It’s alright, it’s gonna be alright” and then let the audience sing the line, let each of her backup singers sing it, and even let her bass player join in with his baritone voice. 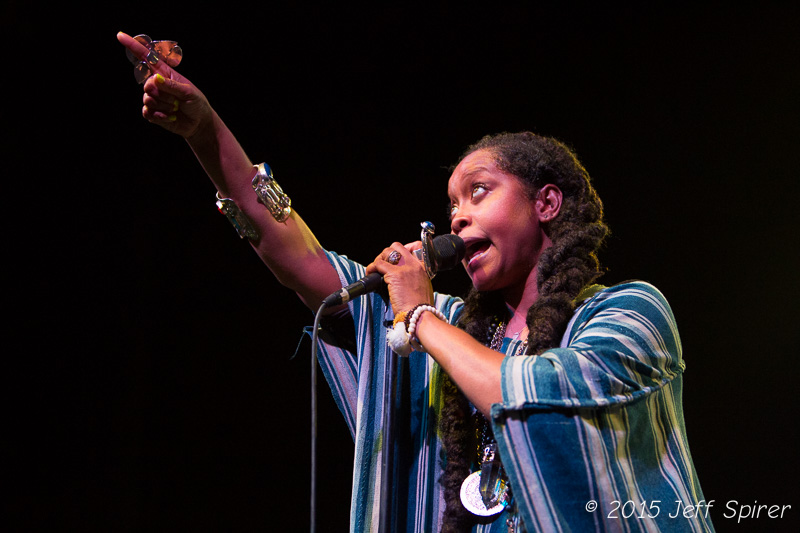 Badu provided a visual experience as well. Opening the show, her band, The Cannabinoids took the stage and played a brief introduction. Then Badu appeared. Dimly at first, she walked slowly out with a blue and white striped caftan and her now trademark tall hat. The wide brim put a veil of darkness on the upper half of her face. Two braids hung past her knees. A grin creeped out, visible only because it was below the deep shadow of the hat. She went through a series of dramatic poses before launching into “20 Feet Tall.” By the third song, the hat was off, revealing sparkling eyes. And somewhere farther into the set, the caftan came off and she wore overalls, which stayed with her for the rest of the show. 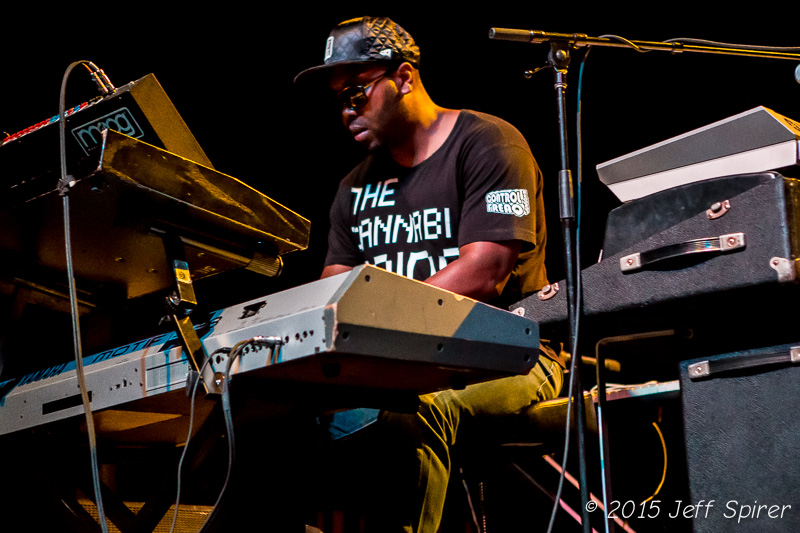 Badu’s band also followed Badu’s “don’t-follow-the-rules” experience. There was no guitar, there were no horns. Keyboards, bass, two percussionists and a DJ. And three backup singers, including Badu’s sister, Nayrok. The music ranged from jazz to deep dance beats, all driven from the keyboards, with only brief moments of true solos from the keyboards and percussion, despite the obvious talent and musicianship. While Badu’s music is often called “soul,” traditional genres don’t apply. 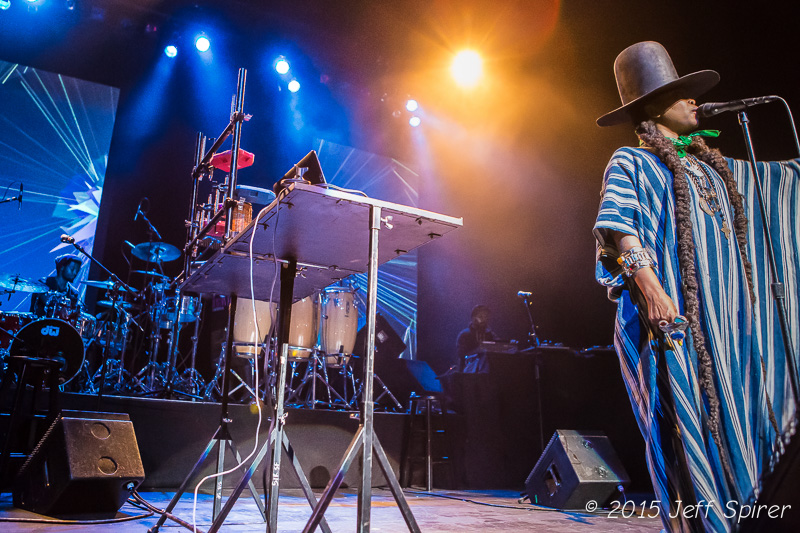 Despite her last album now being five years old, Badu’s songs were quickly recognized by the audience. She ranged through the thirteen years of recording from “Baduizm” to “New Amerykah Part Two (Return of the Ankh),” hitting most of her singles. Her voice filled the Warfield, supported by the voices of her backup singers and the band The experience worked so well that when the show ended without an encore (more performers should do this,) the audience left in a state of bliss only “the experience” could create.