There were plenty of choices available on a recent Saturday night to satisfy one’s musical appetite and at The Ivy Room in Albany you could feast upon grooves one rarely finds as Eric McFadden and the Broun Fellinis set a table of exotic and intoxicating jams. 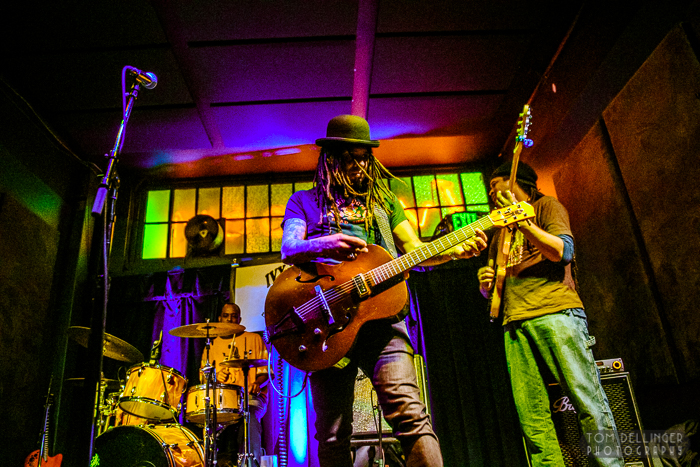 The evening kicked off with the Fellinis as they took the already sizable crowd through lengthy improvisational jams and joined late in the set by Eric and Jeff Hobbs on violin, both of whom took what was already a boiling cauldron of sound to intoxicating heights. All this then led to a solo set from McFadden as he also brought up friends, Gabby Lala, Jenny Kerr and Phil Minter all of whom he’s worked with in the past. In keeping with the experimental feel of this show, a highlight was to hear Gabby back McFadden with sitar on a traditional blues. 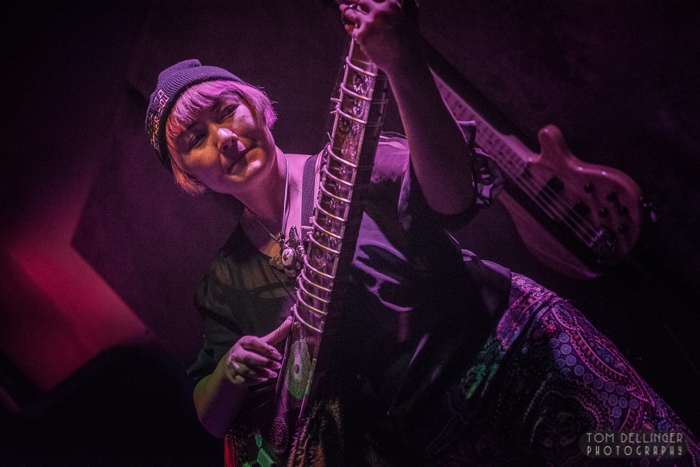 With plenty of time remaining, the Fellinis once again took the stage with McFadden as they proceeded to play a good lengthy set of mostly straight up rock and roll, but also some of that great improv for which they are known. 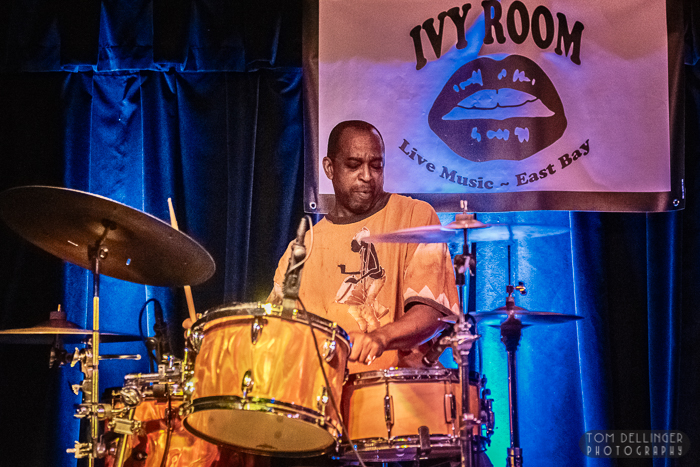 In an area as rich with musical talent as the bay area, it’s easy to forget these smaller shows in bars that are part of the essential musical life force. Every bit as important as any of the larger stages and this one was a prime example of the richness with which we are surrounded. It was a a feast of sound and we all went home stuffed to the gills.

Here’s a slideshow of photos of the show by Tom Dellinger: