The latest incarnation of legendary Swedish death metal band Entombed (which due to legal reasons has added the suffix A.D) came into town last week to deliver a solid and fierce fourteen song setlist to those who made it to Slim’s on a damp and cold weekday night. Those who were present were treated to a healthy helping from Entombed’s back catalogue in addition to some newer songs from this version of the band. The group opened by ripping through the first track off their latest release Dawn of the Dead, “Midas in Reverse.” Like many classic songs from Entombed, the piece revolves around aggressive de-tuned guitar playing and popping drum beats while singer LG Petrov growls overhead. 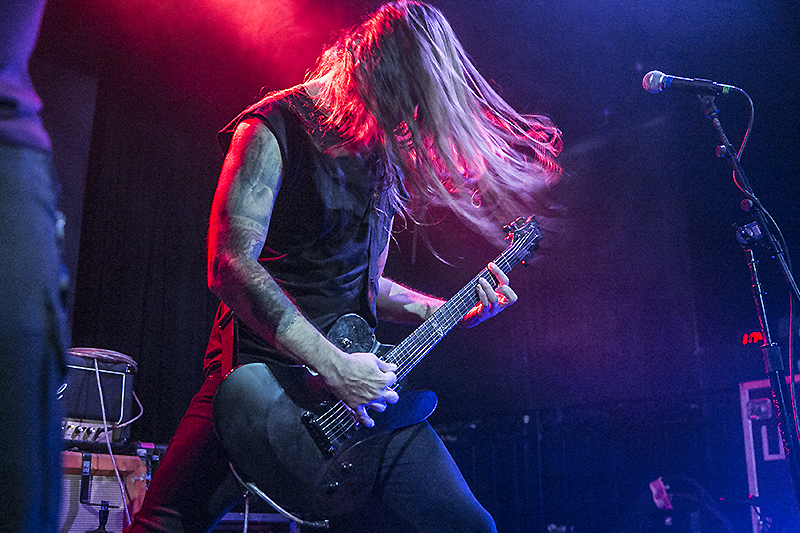 The band alternated between playing newer material and old classics selected from Entombed’s early recordings from the mid 1990’s. What became apparent was the subtle amount of tempo changes in each song that managed to mix things up quite a bit. Whereas most metal bands are content to go full speed through the entire song, Entombed A.D. gives their songs enough breathing room to allow for their sound to pummel you into submission. 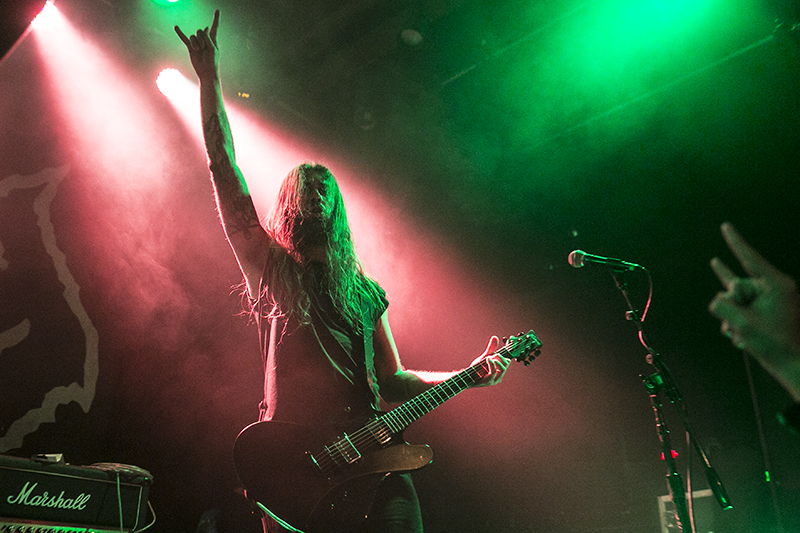 Drummer Olle Dahlstedt kept things in lock step the whole set with his groove oriented playing style bringing out the best in each song. After about five or so songs, the band began to solely focus on Entombed material by ripping through the classic “Living Dead,” from the seminal Clandestine album. The song is driven by a set of interlocking guitar passages from Guilherme Miranda and Nico Elgstrand, alternating between hyper speed single note runs and pounding chords. Miranda and Elgstrand had their tones dialed in on this night, creating a massive wall of ragged guitar that invoked the “buzz saw” guitar tone Entombed became famous for. 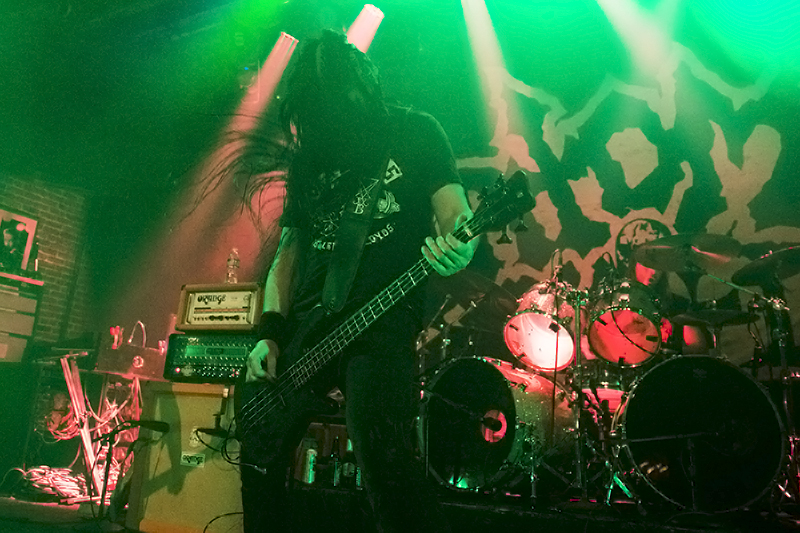 Another highlight came later in the set in the form of the title track of Entombed’s influential third full length album Wolverine Blues. The song is much more distinctly groove oriented than some of their other music but the slower tempo does not dilute its heavy metal fury one bit. Thanks to a tight bassline from Victor Brandt, the track slams its way through two impossibly long minutes before abruptly ending. The highlight for many fans in attendance was when Entombed A.D. rolled out the song “Left Hand Path,” from the album of the same name. The track begins at a breakneck pace featuring some of the most intricate and interesting guitar parts of the whole evening. LG Petrov sounded in fine form here, with his low and guttural growl serving as the perfect complement to the ferocious music. 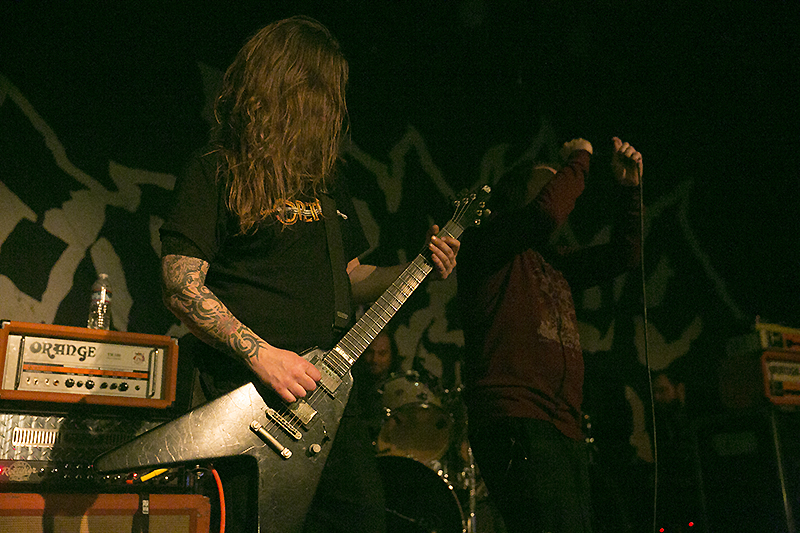 About halfway through, the song fades out into a more ambient section wherein the theme from the 1979 horror film Phantasm is played. This brief bit of melody is then undercut by a dark series of guitar chords as the rest of the band comes back in to finish things off. It proved to be an exhilarating high point in a night filled with plenty of speed-induced freak outs and crushing breakdowns.

As Entombed A.D. closed out their set a few songs later, one was left with the lasting impression that this new version of the group has really stepped up and become an incredibly solid death metal group that knows how to get all of the trademark sounds that fans want to hear at a show featuring this kind of music.

For more information about Entombed A.D., check out their Facebook page.