Over the years the term “emo” has become a dirty word, uttered to berate and demean a group of bands (and their fans) that incorporated more direct and personal lyrical references in their music. “Emo” became a sort of caricature, filled with brooding angst and whiny vocals, and it became a favorite target of critics over the course of the last decade.

There were many emo bands that rose to fame during the 00s and Dashboard Confessional was one of them, arguably one of the biggest targets for this backlash. Having weathered this initial storm of success and belittlement, the band is seemingly stronger than ever, as evidenced by their performance at The Masonic on a Friday night. 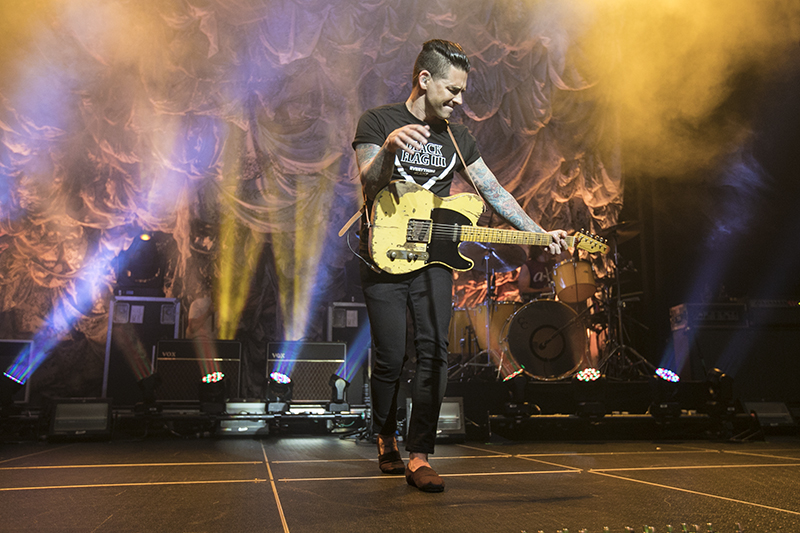 The venue was packed with people waiting in giddy anticipation for the band to hit the stage, and when they did the crowd lit up and sang along to the anthemic stomp of “Vindicated,” one of Dashboard’s most well-known tracks. The audience was hanging on every word of lead singer Chris Carrabba, singing passionately along to the song’s uplifting chorus. It was just one small highlight from an evening filled with many of them. The band was content to roll through a series of songs from their classic early period, with fan favorites such as “Saints and Sailors” and “The Best Deceptions” taking center stage. 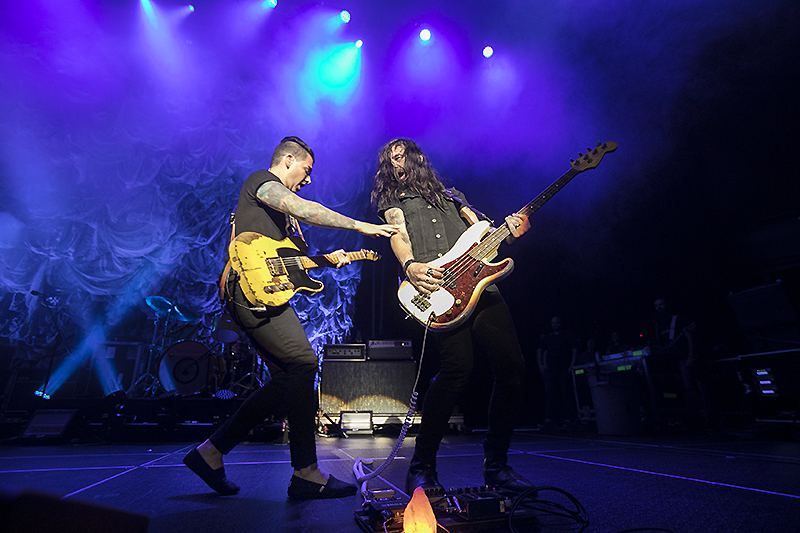 Carrabba was in a talkative mood throughout the night, taking the time to talk to the audience in between songs and expressing his sincere happiness that so many people were enjoying the show. Halfway through the show Carrabba brought out his acoustic guitar for a few songs, bringing it back to the original inception of the band, in which it was just him singing and playing guitar. 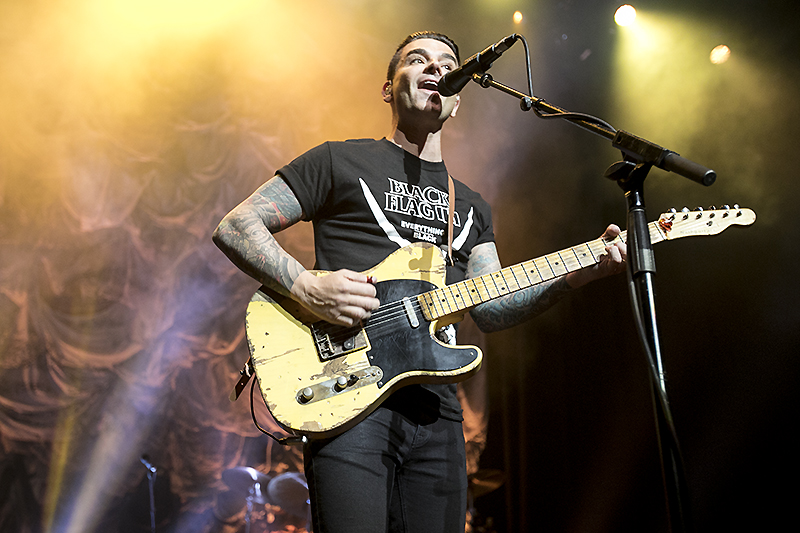 The acoustic set ended with a passionate performance of the new song “Heart Beat Here,” in which Carrabba managed to get the whole audience singing along to the chorus by the end of the song. When the rest of the band returned they launched into the surging “Don’t Wait,” a song anchored by a delicate bit of lead guitar work from AJ Cheek, working in harmony with the lead vocal line. 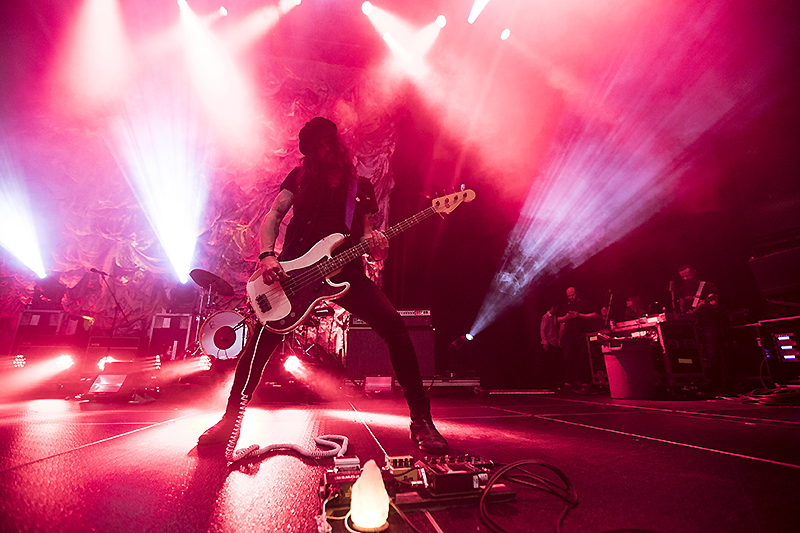 Following this, the group played a stunningly powerful version of “Again I Go Unnoticed,” another piece from their early period that got a loud crowd reaction. Driven by a sturdy drum beat from Ben Homola and a limber bassline from Scott Schoenbeck, the song twists through plenty of high energy sections containing some of Carrabba’s most personal lyrics. 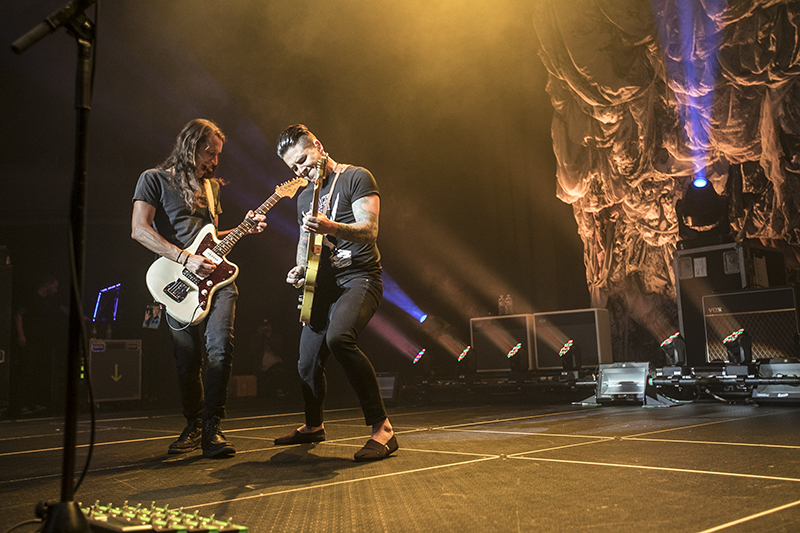 The most surprising moment of the night was when Dashboard Confessional broke into a full-fledged version of The Smashing Pumpkins song “Today.” Blending heavy guitar distortion, serene vocals, and snappy drum/bass action, the song was a real burner and showed just how powerful this lineup of Dashboard Confessional is in the live arena. To close out the regular portion of their set, the band performed their most well-known track, the seething dirge “Screaming Infidelities.” The song quietly builds in intensity throughout its runtime, finally reaching an emotional crescendo during its closing stages. 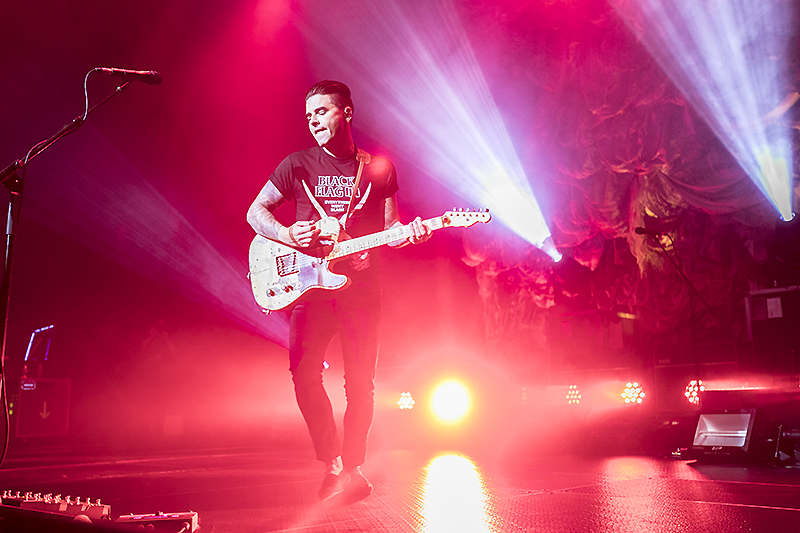 The band returned to play a one song encore in the form of the surging rocker “Hands Down” finishing off the evening in powerful fashion. It appears that this new lineup of Dashboard Confessional has really gelled over the past couple of years of touring together and it showed on this night. By melding the passionate delivery of Carrabba’s vocals with the strong rhythmic foundation of the rest of the band members, Dashboard Confessional is seemingly stronger than ever. 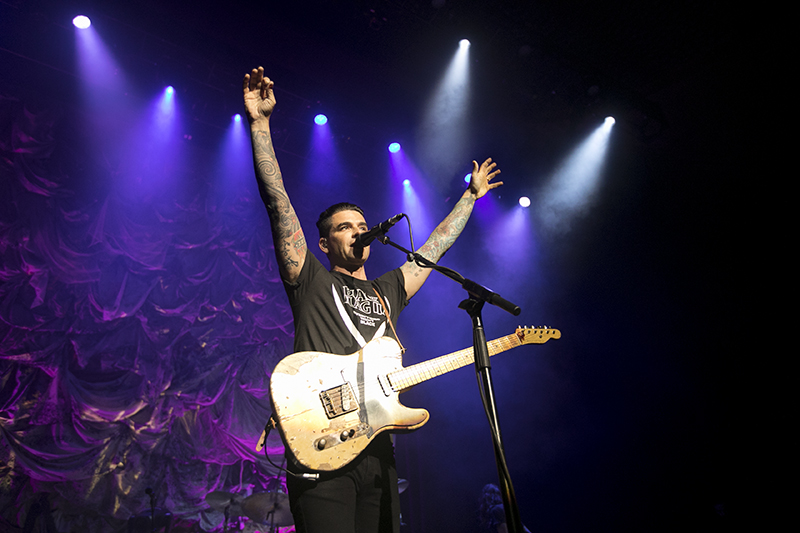 And by the looks of the packed house at The Masonic, “emo” music will be sticking around for quite some time to come.

The All-American Rejects opened up the show with a flurry, mixing in plenty of rousing rock songs in with a couple of new songs. With Tyson Ritter leading the way with his strong vocals, the band tore through many of their hits such as “Swing, Swing” and “There’s a Place”. The band also played their latest single, the swaggering “Sweat”, which rides a slick guitar riff from the duo of Nick Wheeler and Mike Kennerty to compliment a powerful chorus from Ritter. It appears after some time away from the stage and touring, The All-American Rejects are ready to storm back into the scene based on how good they sounded.

Setlist: Vindicated | The Sharp Hint of New Tears | Saints and Sailors | The Best Deceptions | Stolen | We Fight | The Places You Have Come to Fear the Most (acoustic) | Ghost of a Good Thing (acoustic) | Heart Beat Here (acoustic) | Don’t Wait | Again I Go Unnoticed | The Good Fight | Remember to Breathe | Today (The Smashing Pumpkins cover) | Screaming Infidelities || Encore || Hands Down

For more information about Dashboard Confessional, check out their website.