Juliette Lewis put on a brilliant performance for a sold out crowd at The Independent in San Francisco last Saturday. She was an electric ball of energy in high heels and iridescent spandex, commanding the audience through a fiery set. The show felt a little like musical theater as she took the audience through a musical journey of emotions from the pop punk of the first song “Hot Kiss” to the dark and sexy “Any Way You Want.” 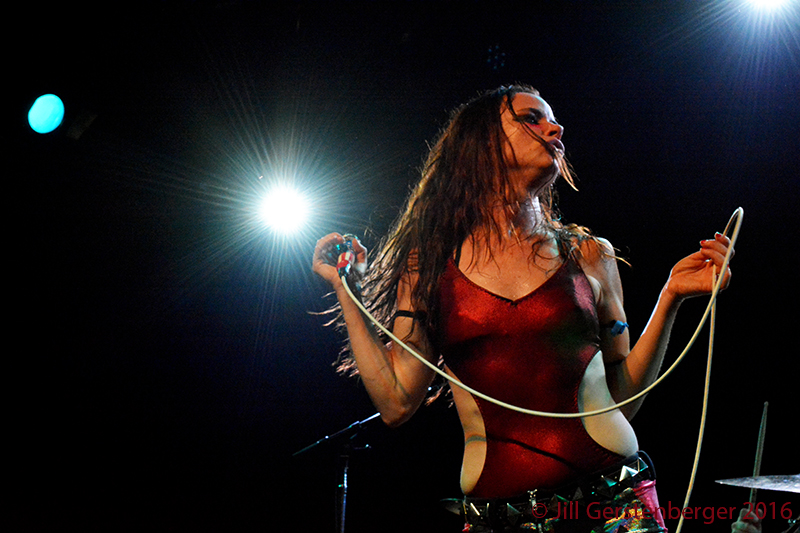 The set got soulful and deep when the band played “Hard Lovin’ Woman” and Juliette appeared to transform in to Janis Joplin before our eyes with her looks and fabulous bluesy voice. The band did a cover of Creedence Clearwater Revival’s “Proud Mary,” which went from a slow audience sing-along to an aggressive Sex Pistols style anthem. This included loads of hair flipping and backbends which made for some great rock ‘n’ roll eye candy. 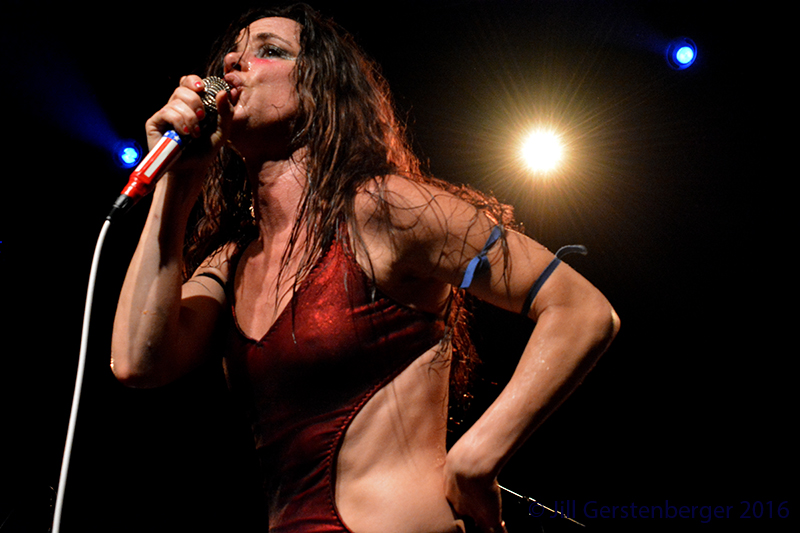 The band came back for an encore and Juliette gave a heartfelt monologue about losing her father and living in the city years ago when she wrote “Suicide Bombers,” which they played as the final song. The song was profound and heartfelt, and after telling the audience we only have this moment together, she climbed off the stage and into the crowd and sang the words “shine your light” over and over again with different audience members which moved several of them to tears. It was incredibly moving and powerful and a wonderful end to their set. 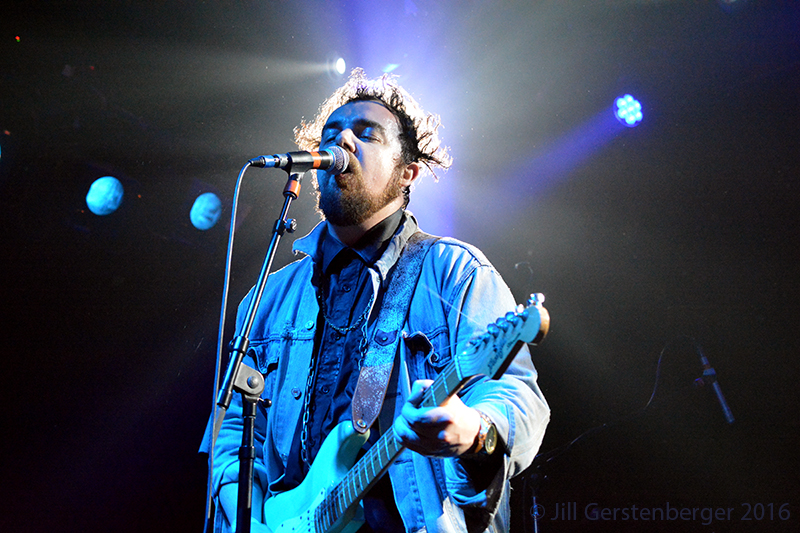 Opening for Lewis was the unabashedly original Andy Clockwise. Clockwise, an Australian born musician took the stage with just his guitar, a laptop, and drummer Mathew William Bateria, who looked like he should be in a metal band with his long curly hair. The music was experimental and passionate and Clockwise was a charismatic figure who appeared to be a blend of Nick Cave and John Belushi. One of the favorites of his set was “Cocaine and Champagne,” which had the crowd thumping rhythmically while he climbed over them and kept asking “What’s your name” while they shouted their names at him. He later invited a member of the audience onstage to play guitar while he danced around her. He is definitely one to watch out for if you see he’s coming to town. 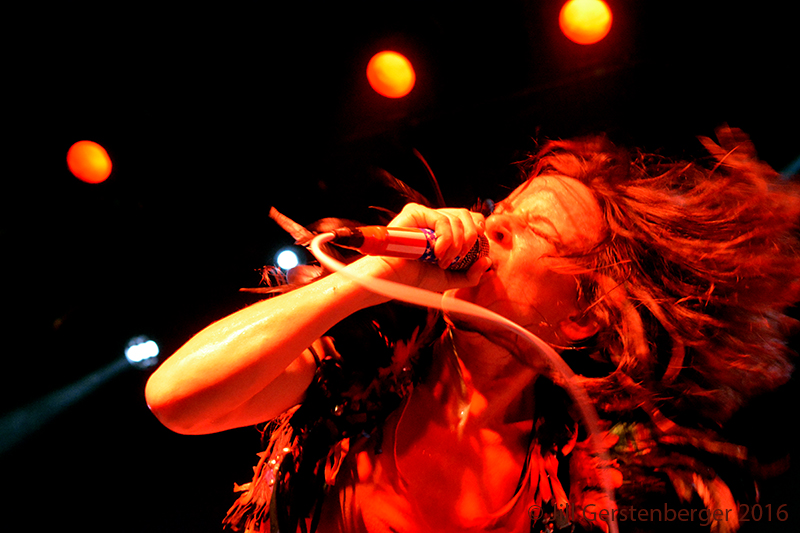 Both performers were extremely entertaining from start to finish and the crowd was left buzzing while they left the club.

For more information about Juliette Lewis, check out her website.