British indie rock band Editors performed recently at the Regency Ballroom in San Francisco to an enthusiastic crowd. Lead singer Tom Smith belted out intense and poetic lyrics as he bounced energetically from the mic to keyboard to guitar, bringing charisma and high theatrics to an enthusiastic crowd of fans. The four other band members delivered a powerful and dark yet danceable sound, with drummer Ed Lay as a notable talent. The band performed for a good two hours, including an extended encore that lasted until Smith’s voice could barely hold out. 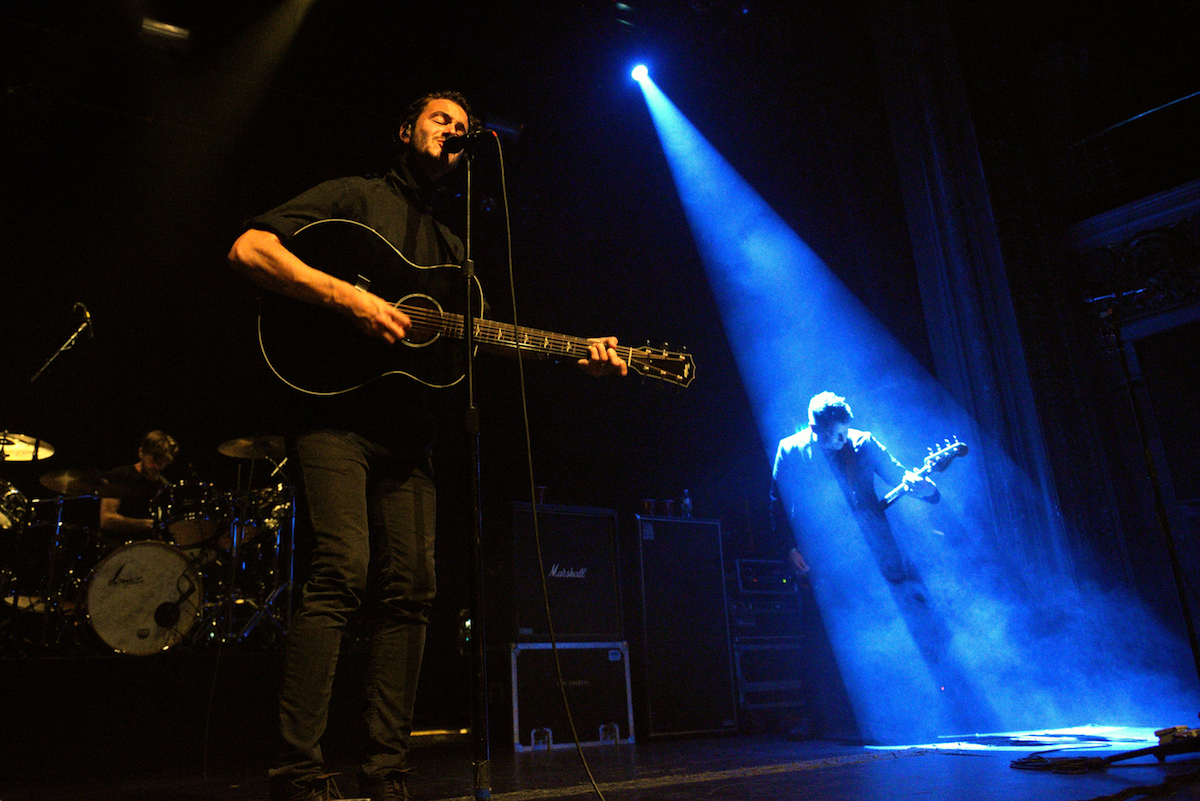 Editors have been through a lot of changes over the years – originally showing a lot of Joy Division influence, the band has comfortably moved into its own space based around Smith’s rich vocals. Their most recent album, Violence, seems closer to Muse than to Joy Division, and the new songs were the centerpiece of the terrific show.

Pllush, a young and peppy SF band, opened. With two very different female lead vocalists, the sound ranged from high-pitched and folksy to emo-depressive. It was terrific to see a local band opening for a major act.

Here’s a slideshow with photos of Editors and Pllush by Jon Bauer:

Setlist: Hallelujah (So Low) | A Ton of Love | Formaldehyde | Darkness at the Door | Violence | No Harm | Blood | Munich | An End Has a Start | In This Light and on This Evening | Nothingness | Belong | Sugar | The Racing Rats | Ocean of Night || Cold | Magazine | Papillon | Marching Orders

Learn all about Pllush here.