was still screaming hot and the sun still lit the skyline as the Oracle parking lot began to fill up with Drake and Future fans from all over the Bay. Navigating through to the arena, clouds of vape smoke rolled through the aisles like the prequel for an undoubtedly high budget lightshow awaiting the fans inside. The air was familiarly skunk-y and humid when the sun began to set and the masses made their way inside. 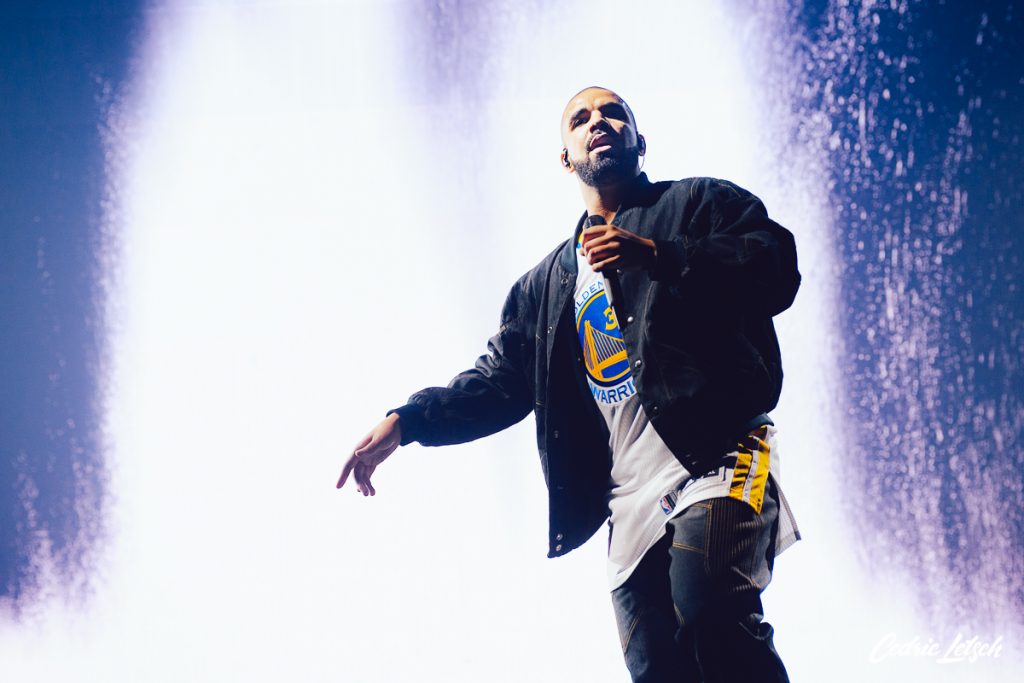 The crowds formed in front of the stage. Tight T-shirts donned inflated chests of men and women alike. As the lights go out, the crowd goes wild. Slowly the stage fills with smoke, just as they had in the parking lot only an hour before. Pink and purple lights phase in and search lights come on to reveal Drakes silhouette. He opens with “Summer Sixteen.” 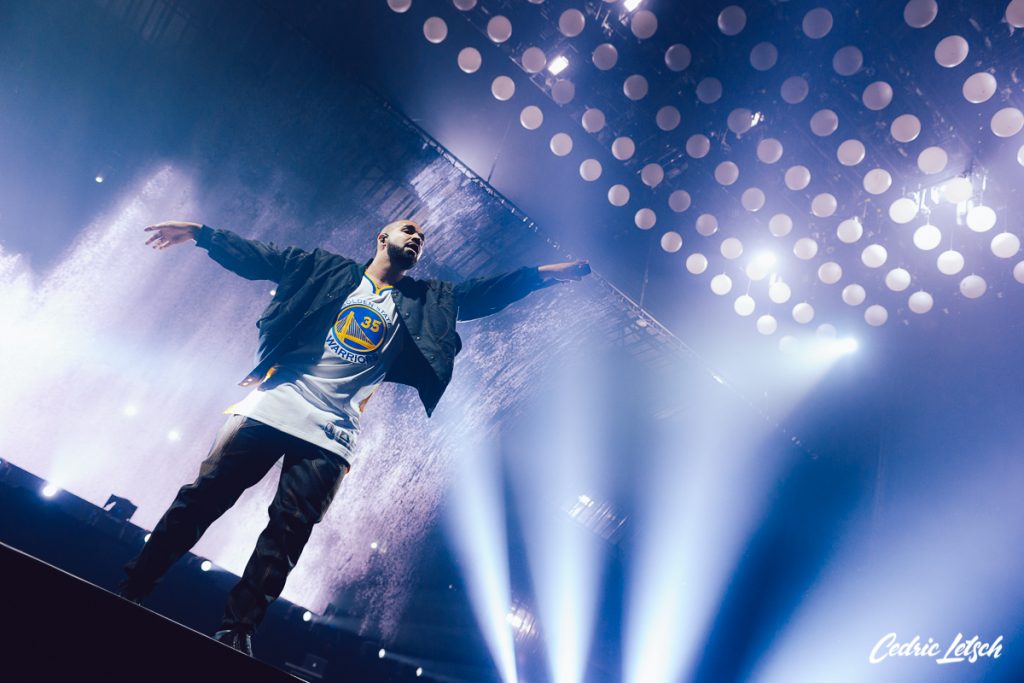 Canadian-rapper Drake warped the stage with nothing but love for the Bay Area, repping his Warriors gear and bringing up to-be Local Hero, Kevin Durant onstage. 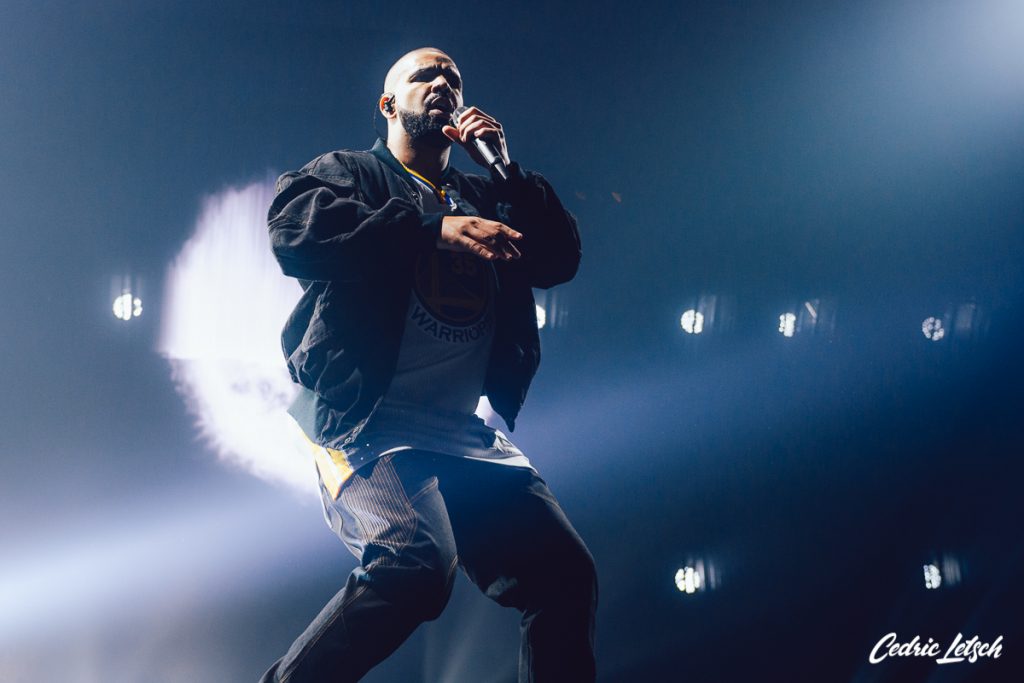 Song after song, Drake performs with clarity and well-rehearsed choreography. Eventually, the brainwashing radio lyric of the summer comes through the mic, Drakes smooth vocals washed out by the drunken, shrill screaming from the crowd, “You used to call me on my– You used to, you used to…” Whether you want to or not, everyone in the room could find themselves singing along to the unforgettable hit of the summer, “Hotline Bling.” The crowd going absolutely- for lack of better words – Fucking Insane every time he shouted out Oakland. 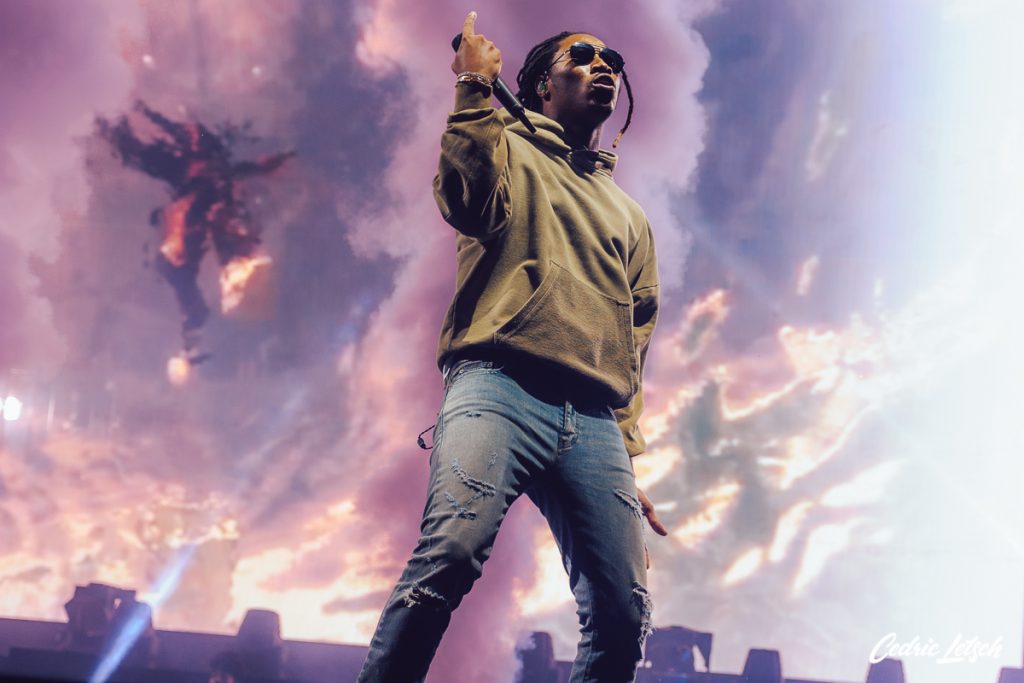 Future came out, drawing a surprisingly impressive crowd for an opening act. He came onstage again in the middle of Drake’s set and though it’s sad to say, Future killed the vibe. Thankfully Drake came back on and brought the energy up and the Oracle Arena was lit, once again.

Check out this slideshow of photos of Drake and Future by Cedric Letsch:

For more information about Drake, check out his website.

Find out more about Future here.