The curtain lifts at Slim’s and North Indian classical music comes through the speakers. It goes on for a minute or so and then Doyle Bramhall II and his band walk on stage. It’s not something anyone would expect unless maybe they heard the song “My People” on Bramhall’s recent album, Rich Man, his first in fifteen years. The band starts blending into the recorded music, bringing in a bluesy mid-tempo number with a chant-like chorus. Of course, Bramhall’s guitar is evident from the start and there’s the solo that is a reminder of how he arrived on the scene. 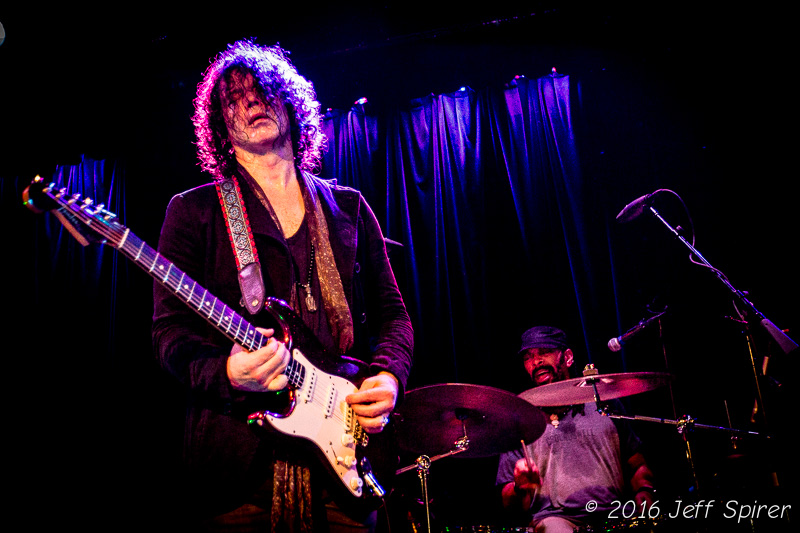 And it’s that guitar that much of the crowd came to see. Slim’s was hosting a guitar nerd fest, audience members pushing to the front before the band arrived to check out Bramhall’s pedalboard, playing air guitar, and even trying to sing the guitar solos. With his background playing guitar with Eric Clapton, Roger Waters, The Fabulous Thunderbirds and others, it’s no surprise that every chord, every note sounds exciting. 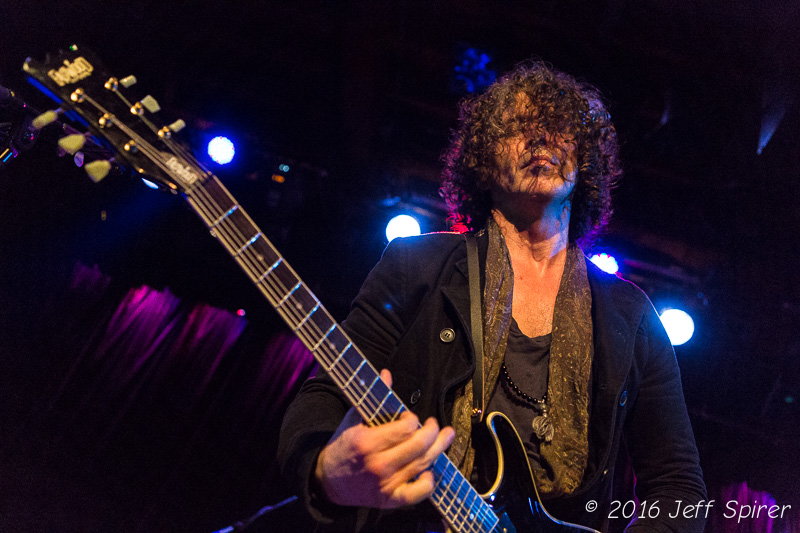 The downside of his stellar guitar reputation is that Bramhall’s songwriting gets overlooked far too often. There’s dynamics and complexity that takes the listener on a ride. It only takes one listen to Erykah Badu’s rendition of Bramhall’s “Ordinary Love” to see how effortless his songs translate with other artists, the mark of top tier songwriting. 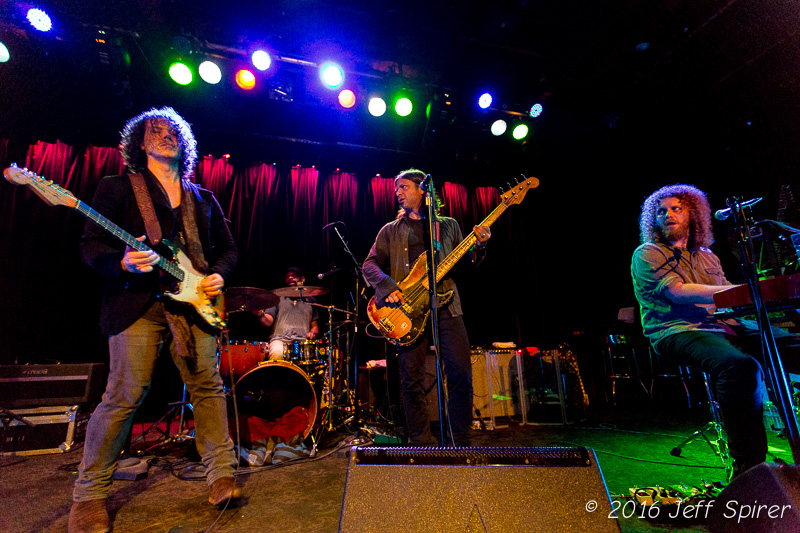 While often labeled “blues” or “rock,” Bramhall put on, for the most part, a night of modernized rhythm and blues with hints galore of a geographic tour of R&B’s history. From New Orleans, with drummer Anthony Cole’s second line drumming on a classic Meters tune, to Detroit with Temptations-styled background vocals all night, to Memphis, with a version of The Beatles’ “Flying” that brought out the Booker T sound that underlined the original, the soul dominated the night. One standout exception to the night of R&B – the song “Saharan Crossing” from the new album, with its obvious North African influence. For this song, Cole came out front to play sax and Adam Minkoff (guitar/keys) took over the percussion. A very different excursion. 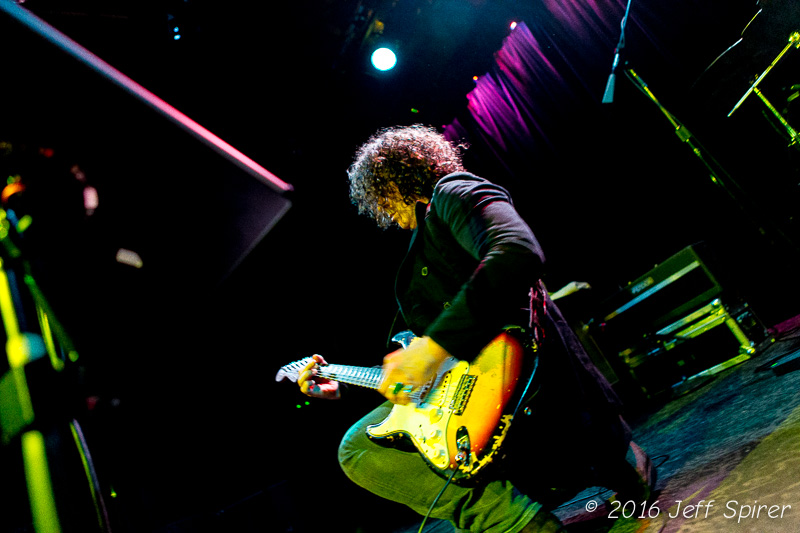 Bramhall’s voice carries that soulful feel his songs demand. The band plays reinforces the emphasis on soul, from the Minkoff’s organ stylings, missing that B3 sound but otherwise perfect, the dead-on drumming, and sophisticated bass runs from Ted Pecchio. And those backup harmonies… 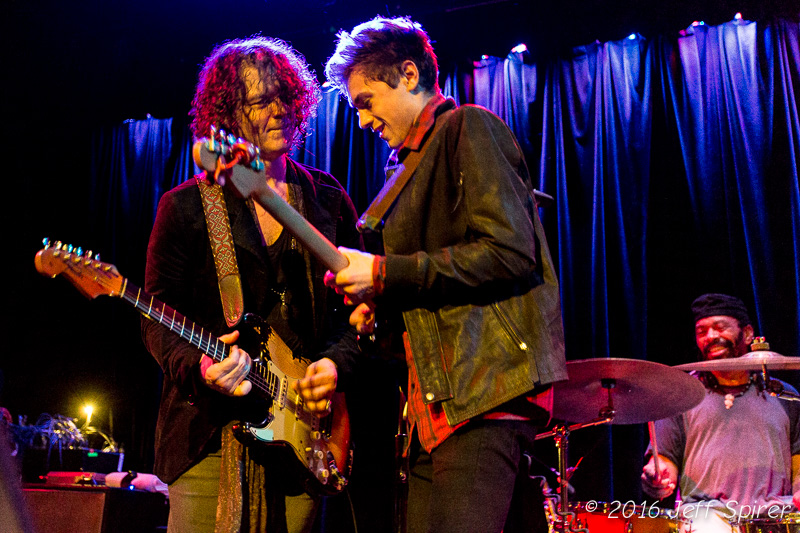 The songs covered Bramhall’s originals, including quite a few from Rich Man, and covers. Unfortunately, Hendrix’s “Hear My Train” was on the setlist but went unplayed due to the midnight curfew at Slim’s. It wasn’t so bad though, as Bramhall played close to two hours. 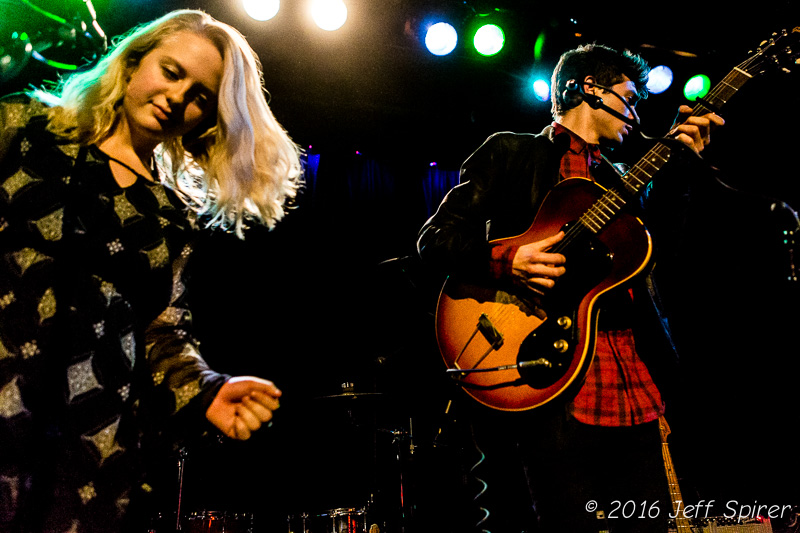 Opening band Future Stuff made quite an impression with just two people in the band. Two people who clearly enjoyed playing together. Guitarist/vocalist Gabe Burdulis and bassist (standup)/guitarist/vocalist Thea Grace had a refreshing sense of energy as they delivered a set that ranged from blues to folk to pop. Percussion came from Burdulis hitting the pedal on a small bass drum and Grace occasionally using a tambourine, giving the sound more beat than a duo would typically produce. The set opened with a hard bluesy number, Grace on the standup, drifted into poppy country rock, and back to blues. Harmonies were perfect, both members having strong voices.

Bramhall brought out Future Stuff twice during his set. The first time, Grace joined the band to sing vocals behind Bramhall. The second time, the duo came on stage for a Ray Charles cover, “I Don’t Need No Doctor,” Burdulis trading solos with Bramhall, a tribute to the quality of his playing. It’s clear the master had a lot of respect for the newcomer’s musicianship.

Setlist: My People | So You Want It to Rain | The Veil | Keep You Dreamin’ | Africa
(The Meters cover) | Cries of Ages | Mama Can’t Help You (Believe It) | Hands Up | November | New Faith | Flying (The Beatles cover) | Saharan Crossing | The Samanas || I Don’t Need No Doctor (Ray Charles cover) | Lovin’ You (Johnny “Guitar” Watson cover)

For more information about Doyle Bramhall II, check out his website.

Setlist: Act Like You Love Me | Dollar In My Case | The Lorax | Ten Steps Away | Elephants | Blues Song | In Your Arms