I remember sitting in a room in a family home in Santa Rosa, CA, listening to the Dead Kennedys’ “Holiday in Cambodia” and watching Doyle finger his guitar strings; every now and again his doodling hit a low soulful note and his face sunk into that pain right along with it. It’s likely a lit cigarette might have been involved, but it’s also likely that this was an event that took place some odd 33 years ago, so it’s all a little fuzzy, just like all the other memories from that decade. It was 1984, and I was a shy, but colorful old soul at the young age of fourteen. It was punk rock against the world, and we were all the angry youth. Well, at least punk rock against the normality of suburban Sonoma County. 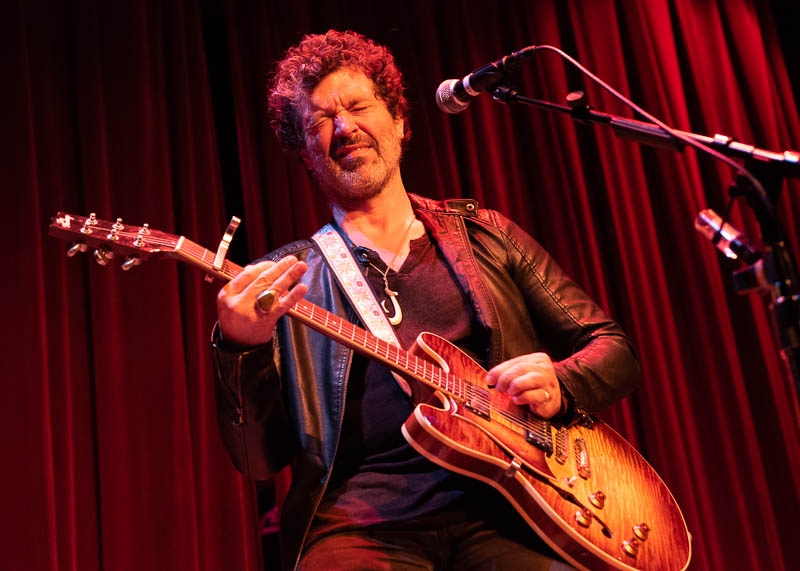 Doyle went on to play with a whole host of local Sonoma County rock talent in the years to come, and we lost touch. Such is life when there’s a new party every night of the week. School? What’s that? Years stretched into decades and I would hear an occasional mumbling about our old pal Doyle. “Did you know his dad was best friends with the Vaughn brothers?” “Nope. But hey.. that’s kind of cool. I partied with that guy a few times!” 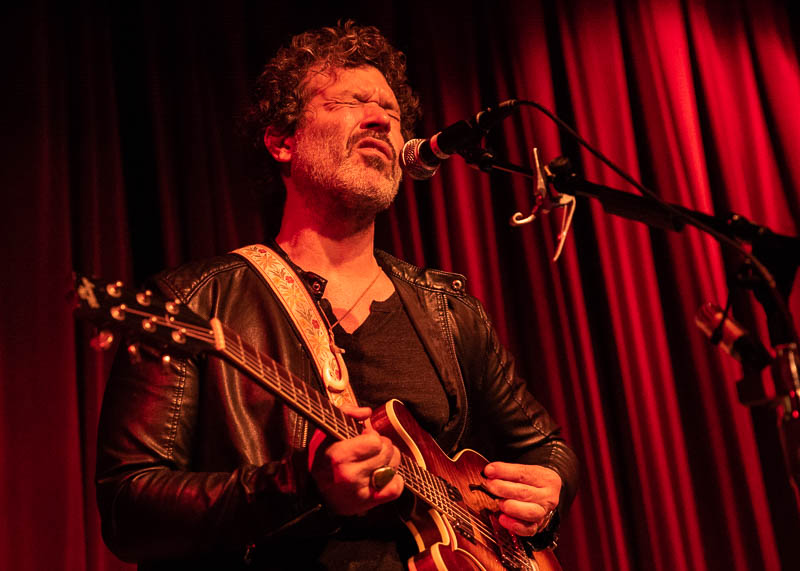 Fast forward again to 2016, and I happen to catch an article online somewhere about Doyle’s new album, Rich Man. His first solo album in ten years. Well, truth be told I was busy raising kids for a while and didn’t recall hearing the other albums when they came out,  but WOW. I was blown away after listening to his music on Spotify for a few weeks off and on. There also aren’t many albums I feel worthy of buying and giving to my step dad, an incredible blues rock guitarist in his own right, but this one.. THIS ONE he had to have! 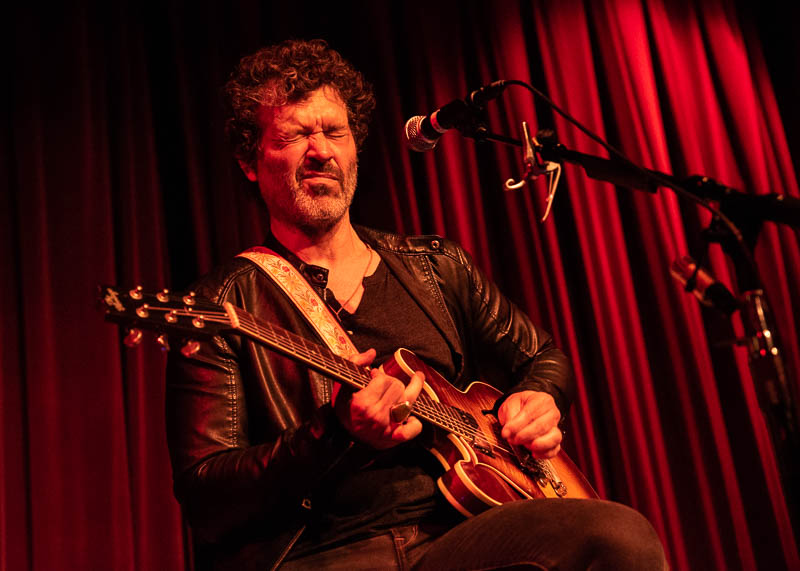 Rich Man is the reason I started listening to BB King again, alongside many other revolutionaries in R&B: Smokey Robinson, Marvin Gaye, Mary Wells, to name just a few. For this music fan, the oldies have become new again, thanks to this influence. Clicking “play” on this album opens up layers of old school R&B, with just the right amount of Texas rock n’ blues with a light, yet ever present sprinkle of North African/ Eastern Indian musical influence, and although it doesn’t force his incredible guitar tone down your throat, it certainly showcases Doyle’s exquisite guitar playing in a different light. 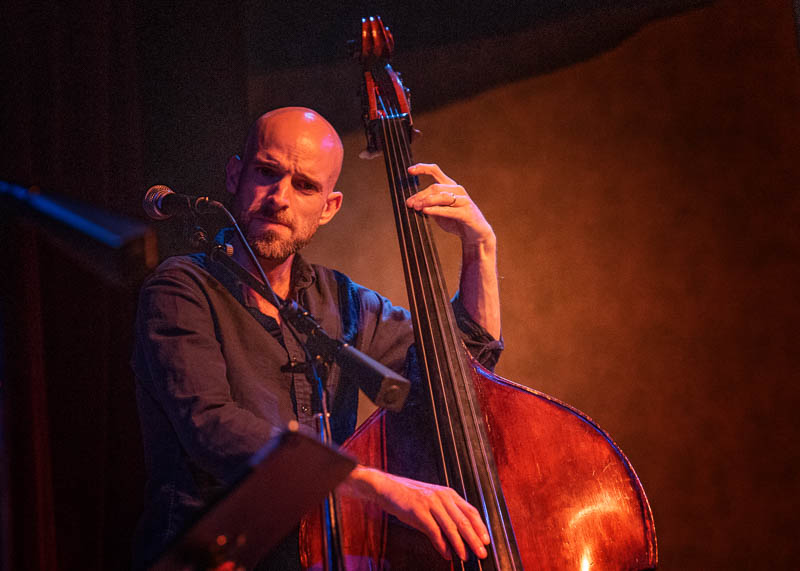 A recent Friday night at Yoshi’s was only my second time seeing Doyle live on stage, and what an incredible treat it was! Sitting down in front, shooting photos, and listening to “Holiday in Cambodia” again. Well, not really the latter, but it felt pretty intimate, thanks partly to the nature the Yoshi’s night club set up. 310 seats, not one a nose-bleed, and one of the best sound set ups in the bay. By the way, I’m still kicking myself for not shouting out “Holiday in Cambodia” when Doyle asked for song requests. The Yoshi’s Oakland set was played seated with another exceptional musician by Doyle’s side playing the stand-up bass, and occasional guitar rhythms, Alan Hampton. According to Bramhall, Alan is an accomplished multi-instrumentalist, and he could be backing him up! One would expect nothing less from one of your ilk, Doyle. Apparently, Alan and Doyle had met only weeks before while playing a half set alongside Melissa Etheridge, but their audience couldn’t tell that these two were anything but practiced and polished musicians. 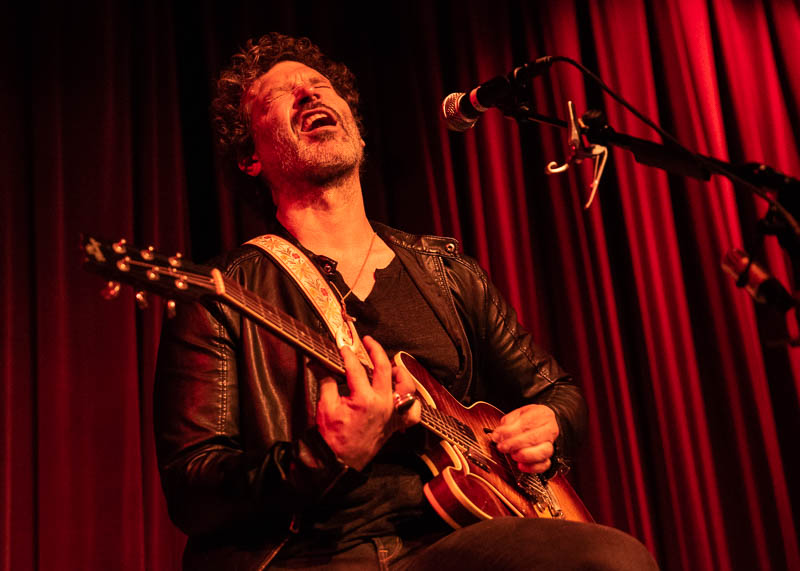 Bramhall and Hampton played everything from his originals off his four albums to a few incredible tributes to The Byrds, The Beatles, Muddy Waters and much much more. They switched off between songs from Rich Man – “My People,” “Mama Can’t Help You,” “November” (a song written about his relationship with his father, the late/ great Doyle Bramhall), “New Faith,” and a tribute to Jimi Hendrix with “Hear My Train A Comin’,” songs from Jellycream – “Chariot” and “Marry You,” and the 2001 release “Welcome” (with Smokestack). Truth be told, I was too busy feeling the magnitude and passion of the songs to pay much attention to the ultimate nature of the set list. How negligent am I? 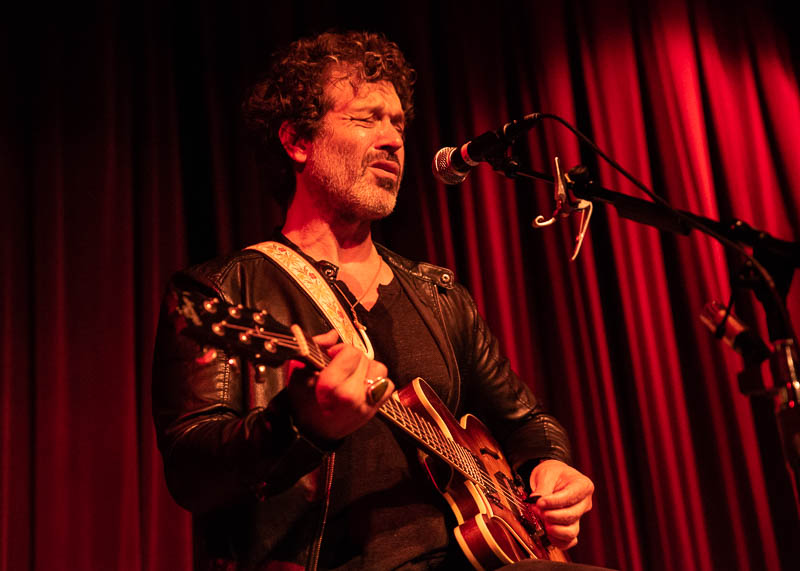 Find out more about Doyle Bramhall II on his website.