SF Sonic reviewed Down & Outlaws last year, impressed with their dirty rock’n’roll performance that delivered on the promise of the best garage bands, dripping with sweat and emotion. 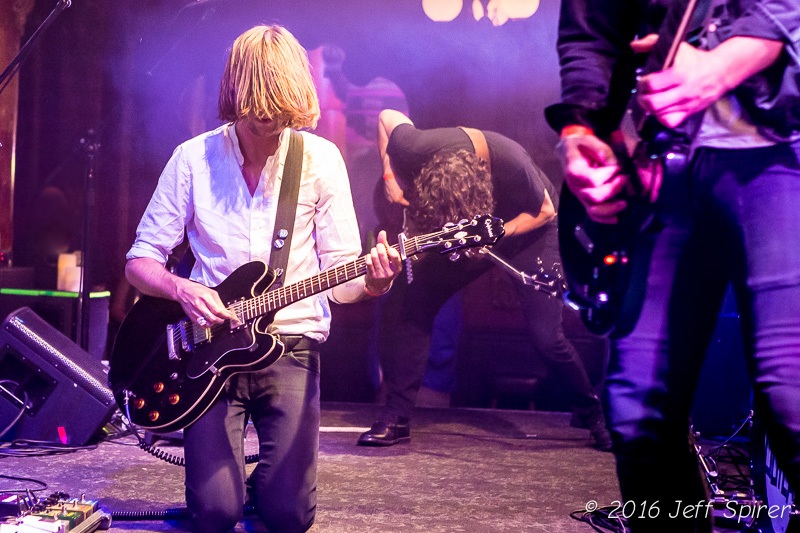 Fifteen months later, the band is headlining at the Great American Music Hall, the music still drips sweat and emotion, and it’s still dirty, but from the moment the band hit the stage, Great American Music Hall filled with sound that emanates polish. It’s that sound that screams “breakout,” starting with their anthemic signature song, “I Don’t Care” and ending with a cover of Motorhead’s “Ace of Spades.” 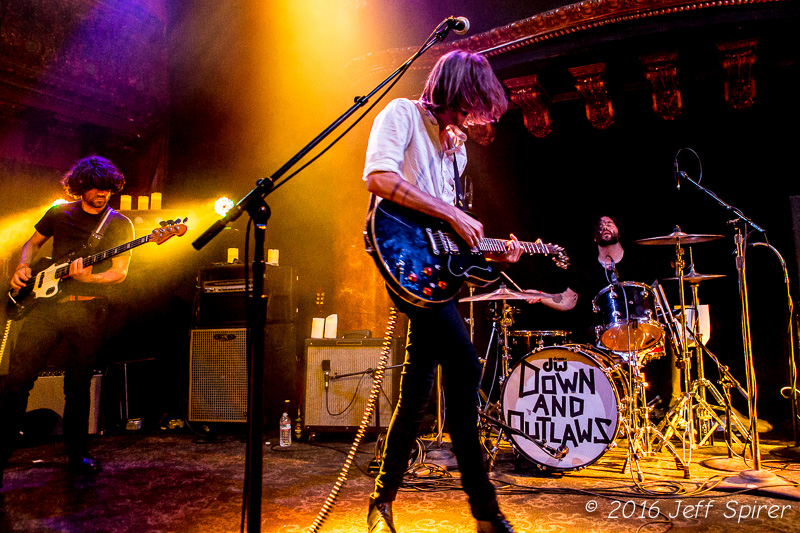 The stage shows remains dynamic in the extreme. Peter Danzig (vocals, guitar) is stuck at the mic much of the time while Chris Danzig (bass) and Kyle Luck (lead guitar) whirl around the stage, bending over, reaching up, clearly enjoying being out there. Even drummer Jon Carr gets into the act, standing up behind the kit while still banging at the skins. When Peter Danzig does get away from the mic, he’s got the fever too, leaning into the crowd late in the show and even launching into the crowd to dance. 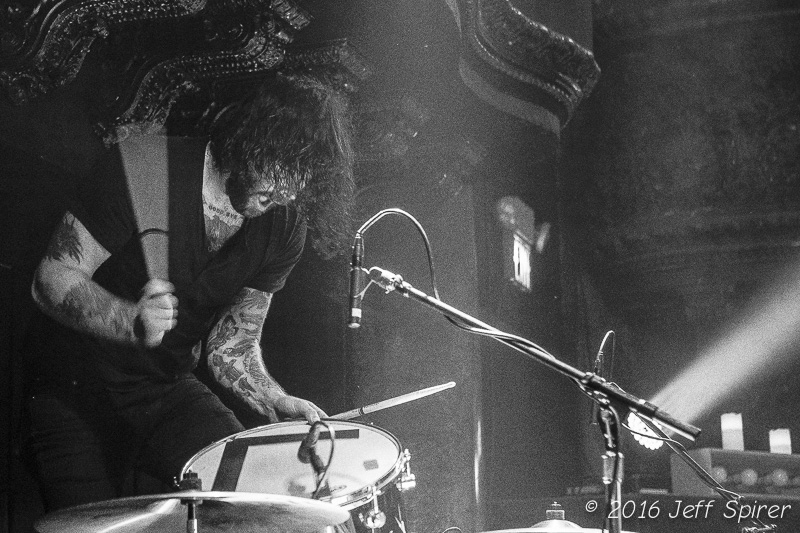 The show celebrated the release of the band’s first full-length album “Above Snakes,” also the first recordings with Carr. SF Sonic’s review of the album (link below) used words like “meaty,” “gripping,” “refreshing,” “exuberant.” All of that comes through on stage but it’s got even more “urgency,” (another word used in the review), it’s louder, and it’s got that presence that only comes from a live show. And with songs like the aforementioned “I Don’t Care” and the bluesy standout “Backwards From the Dead,” the band made sure nobody needed Red Bull to stay up late. 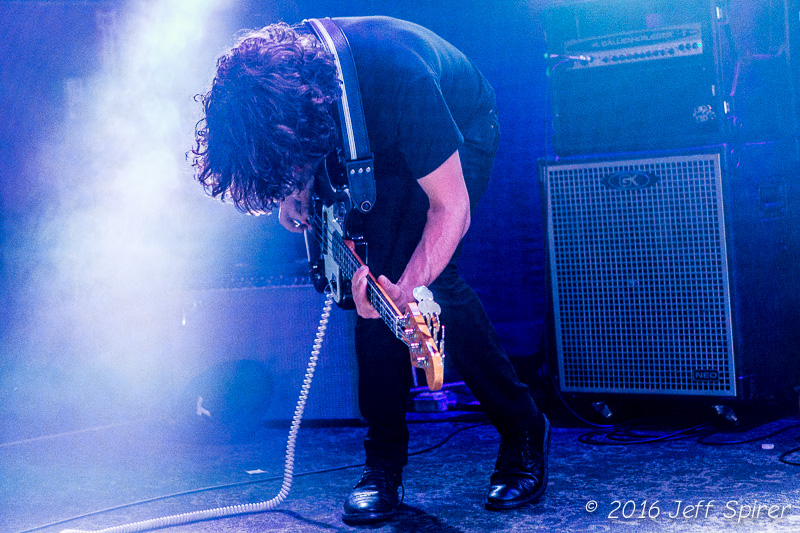 And to demonstrate that even further, the crowd stuck around the Great American Music Hall after the show ended. Instead of pouring out onto the street, about half the venue stuck enjoying the long hang time of the show’s vibe.

LA-based Jesus Sons brought a lively jam band set of bluesy rock, country rock, and psychedelic rock before Down & Outlaws. With four guitarists, one playing pedal steel, one also playing harmonica, the band took extended instrumentals reminiscent of late 60s bands. Going back to that time, plenty of band put lots of musicians on stage, allowing the interplay that Jesus Sons masterfully delivered. The country hints crept in from time to time but most of the time the sound built off the psych and blues sounds.

San Francisco-based Dirty Denim opened the show, an all-girl group that in a better world would already have a record deal with a name brand producer, infusing their mix of Blondie, B-52s, and the Cramps with an updated sound. It’s not just a rework of those bands though, Dirty Denim dips into the same sources, 60s rock’n’roll, and, much like Blondie, adds a sexy edge to the innocent vocals and harmonies.

Unlike the 60s girl group role models, Dirty Denim play all their instruments and play them well with punky distorted guitars behind vocals that range from from rough (think Courtney Love) to sweet (think Debbie Harry). All four band members sing, and even switch around instruments, vocalist/guitarist Katie Rose and drummer Raquel Reyes swapping places for one song. Niki Kangas switches between keyboard, guitar, and that essential 60s instrument, the tambourine. Bassist Laura Svec doesn’t play the switching game, but holds up the bottom end ably. Expect this band to follow the same road as Down & Outlaws.

For more information about Down & Outlaws, see their website.

Read SF Sonic’s review of “Above Snakes” by Down & Outlaws here.