What does international pop star and actor Joe Jonas do after 4 mega-hit albums with his siblings in the bubblegum boy band the Jonas Brothers, a couple of hit shows on the Disney Channel, a series of guest performances with chart topping mega-stars such as Demi Lovato and Nelly, and a successful solo album? Well, start a DNCE party of course. 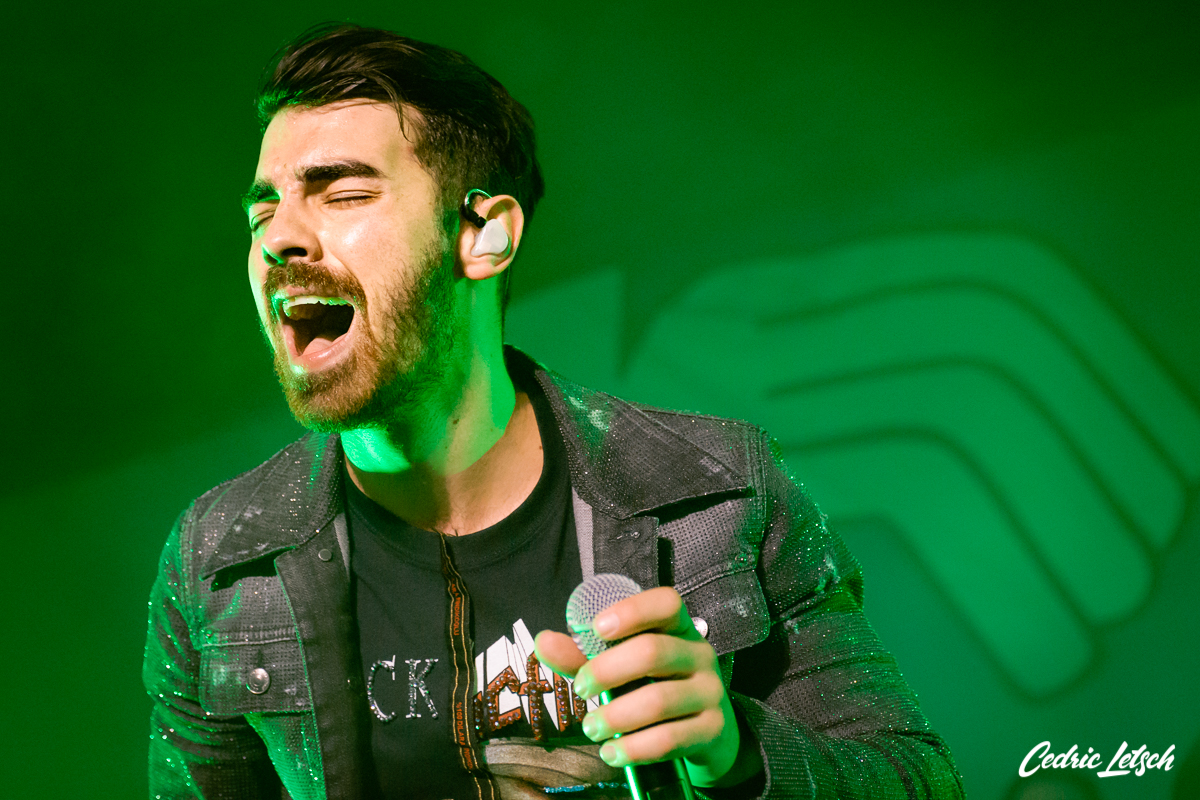 DNCE, the new band fronted by Joe Jonas, rolled through the Fillmore and turned on a packed house of young millennials (predominantly female) with an energetic yet extremely sugar coated show that included a number of cover songs. This is likely due to the fact that they are touring as a headliner and only have one album and a few singles to their credit. 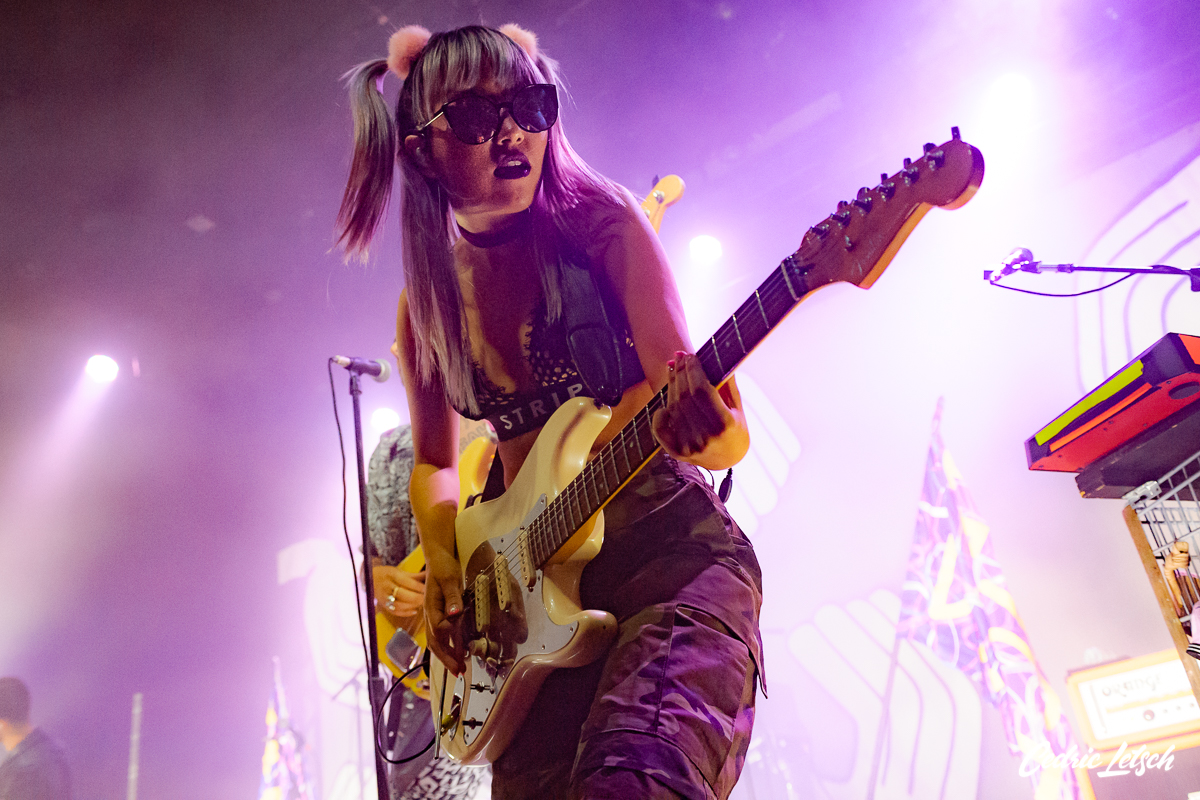 DNCE, which besides Jonas includes bassist/synth-player Cole Whittle, guitarist JinJoo Lee, and drummer Jack Lawless, falls into the funk/dance-pop musical genre. With a colorful, ragamuffin style, onstage DNCE was like watching a cartoon as they bounced around and across the stage which was set with a backdrop of Keith Haring-esque hands. The stage set also included a bag lady style shopping cart filled with sundry items that also served as a synthesizer stand and was pushed around the stage throughout the set. 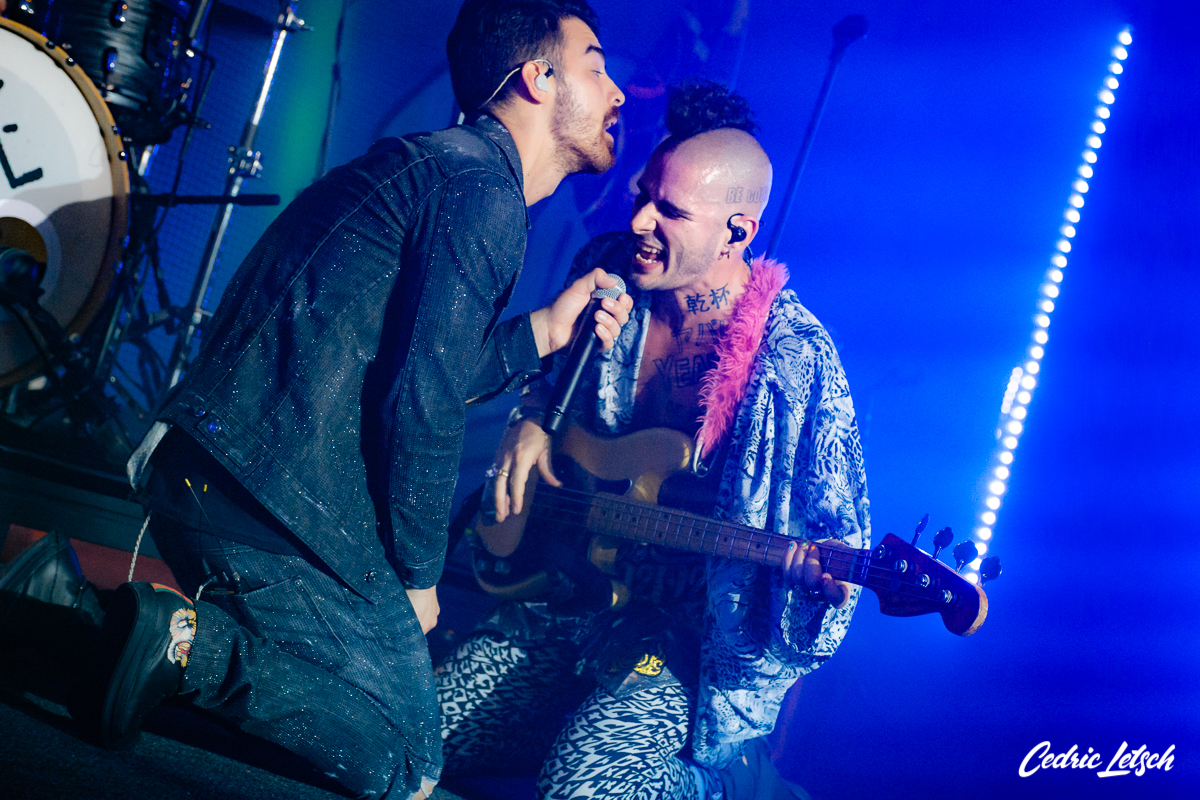 The band is definitely tight and talented, and perform with boundless energy. Lee, a gifted guitarist who plays with bright tones, easily moved between funky chord progressions and rock inspired leads, all while constantly engaging the crowd. 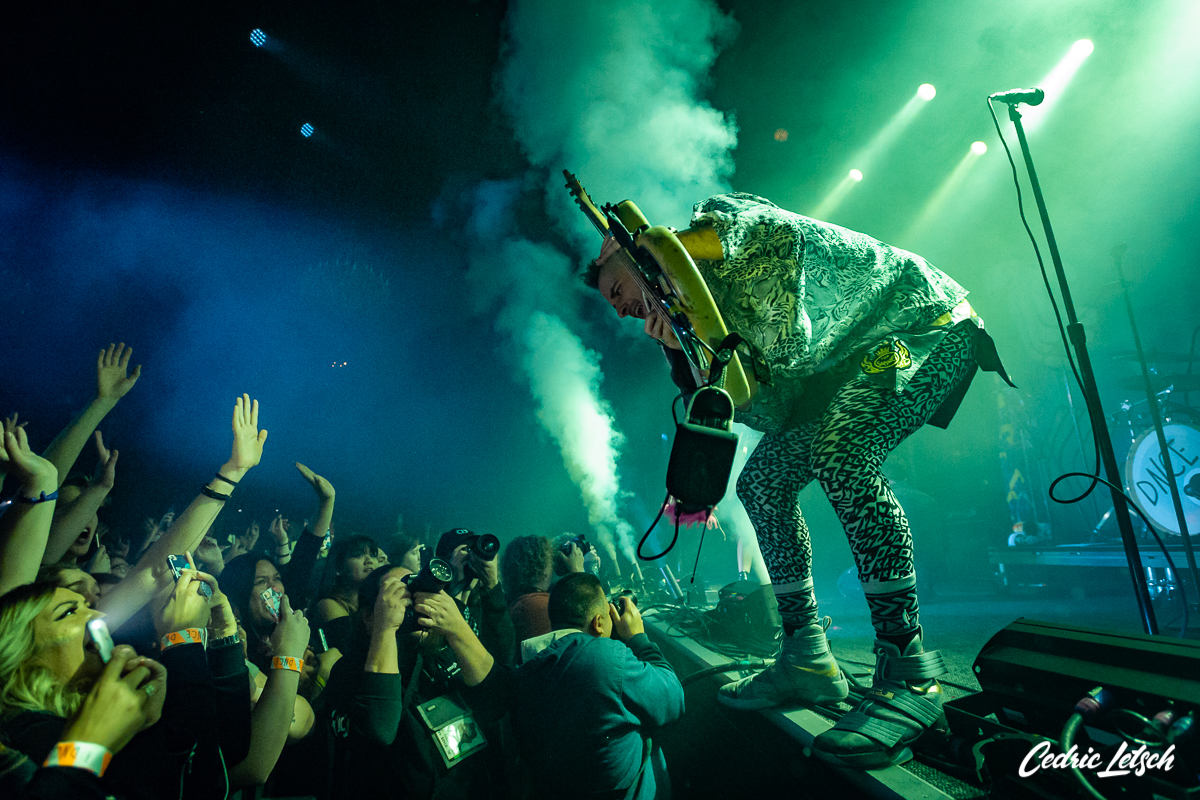 Whittle is a surprisingly deft bass player. When not playing sound effects and keyboard lines on his synthesizer, he hopped around playing rambling funk bass lines with a precision that held down the bottom end as he locked in with Lawless. 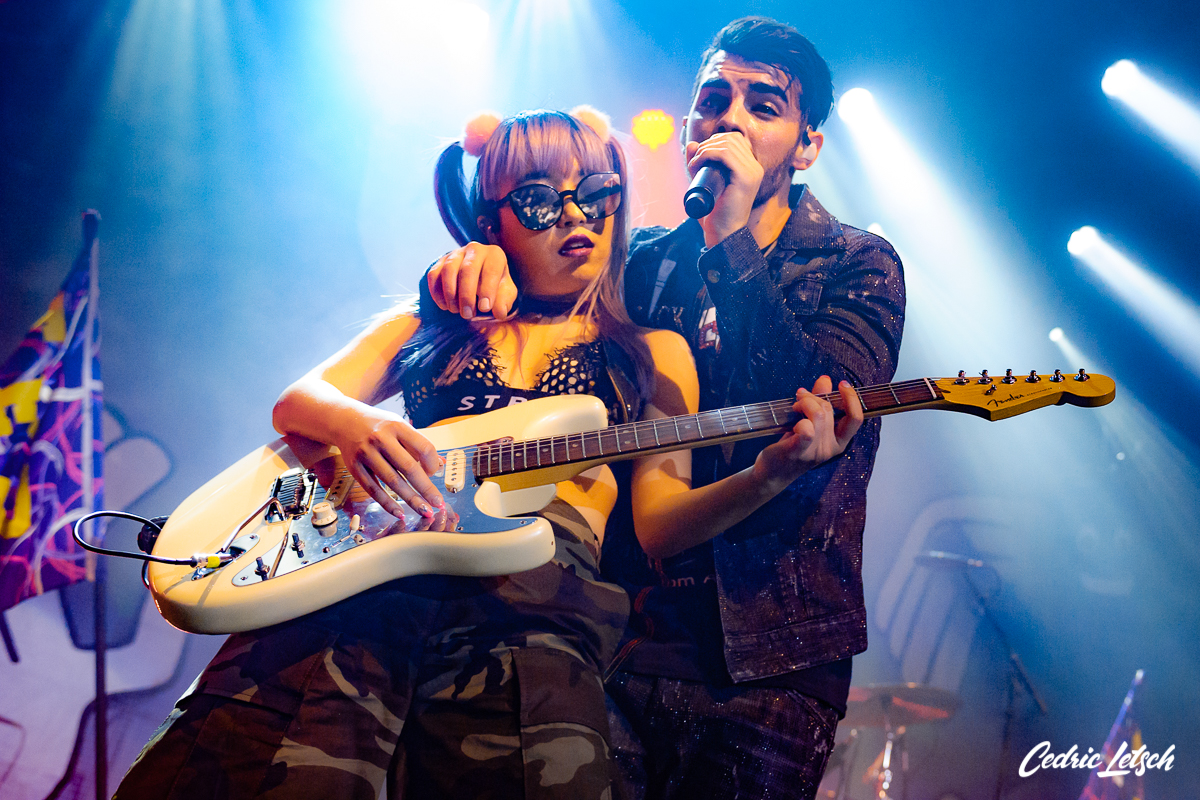 Providing driving dance beats, Whittle and Lawless comprise a rhythm section that brings to mind the polished pop-funk of Maroon 5. Tracing their SoCal roots back even further one could surmise that their influences stretch back to Flea and Chad Smith of the Red Hot Chili Peppers. 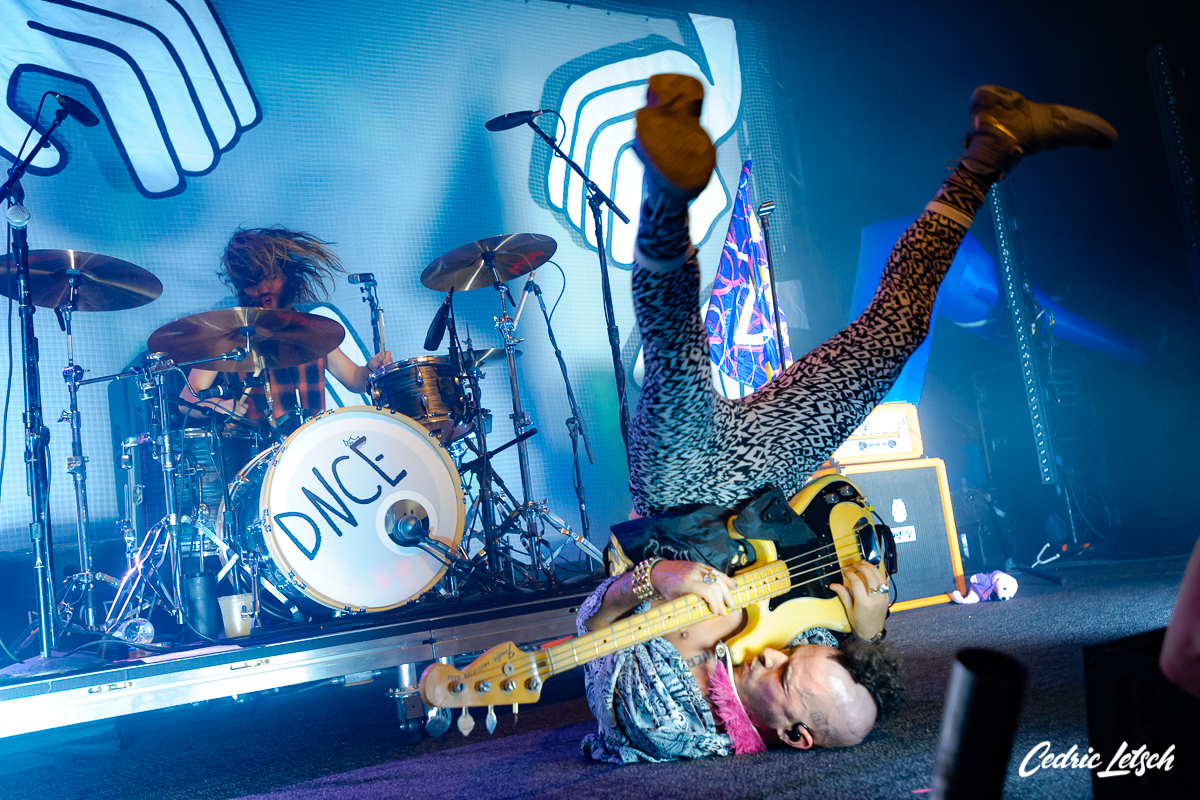 Which leads us to the front man Jonas. He surely has the charisma and stage presence to captivate his fan base, but while he is the star of the show, he is arguably the weakest link in the DNCE chain. His voice is rather limited, and this became evident whenever the band rolled through segments of the show where they played cover songs. 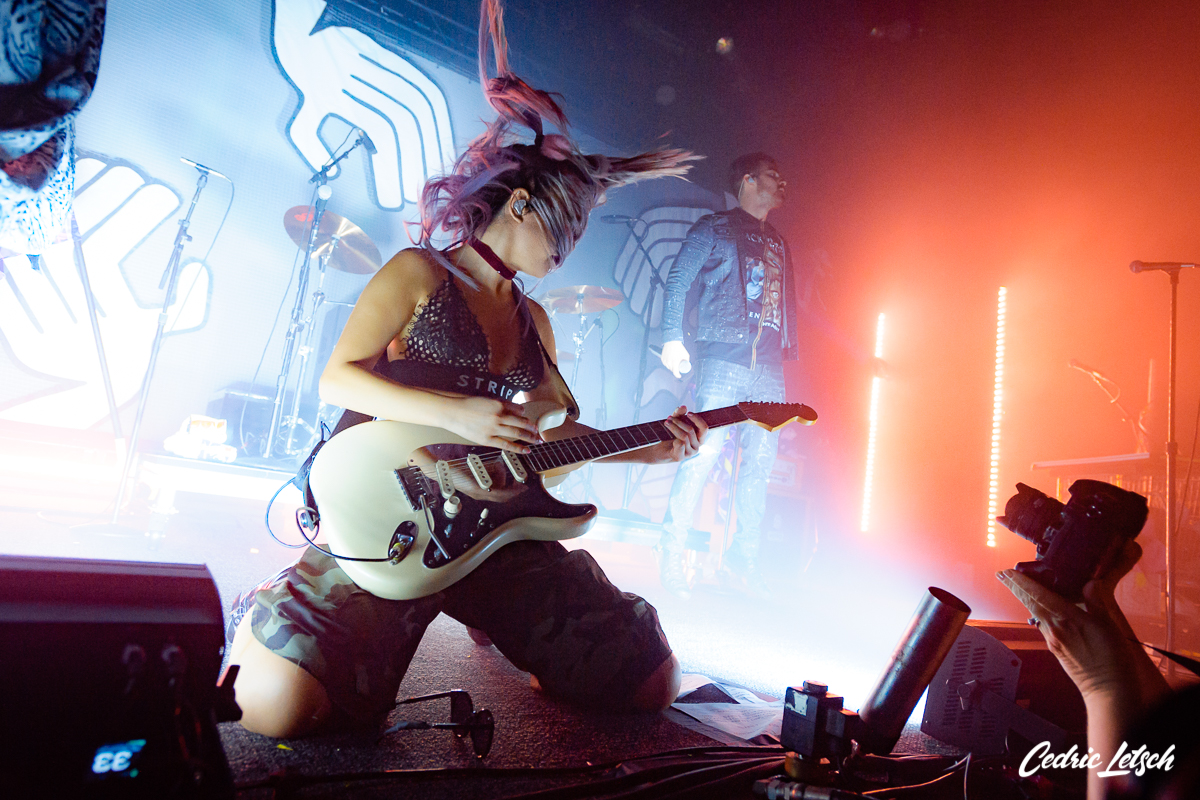 During a segment of their set DNCE segued from a strong performance of ‘Blown’ (from their eponymous debut album) into an homage to recently passed stars David Bowie and George Michael, by diving into a medley of ‘Let’s Dance’ and ‘Freedom.’ Though the energy level was high, and the crowd cheered its approval, it came across like Jonas was performing live karaoke. His voice was rather monotone and a bit flat during this segment as he tried to emulate the prodigious vocal talents of Bowie and Michael but fell short of the bar. 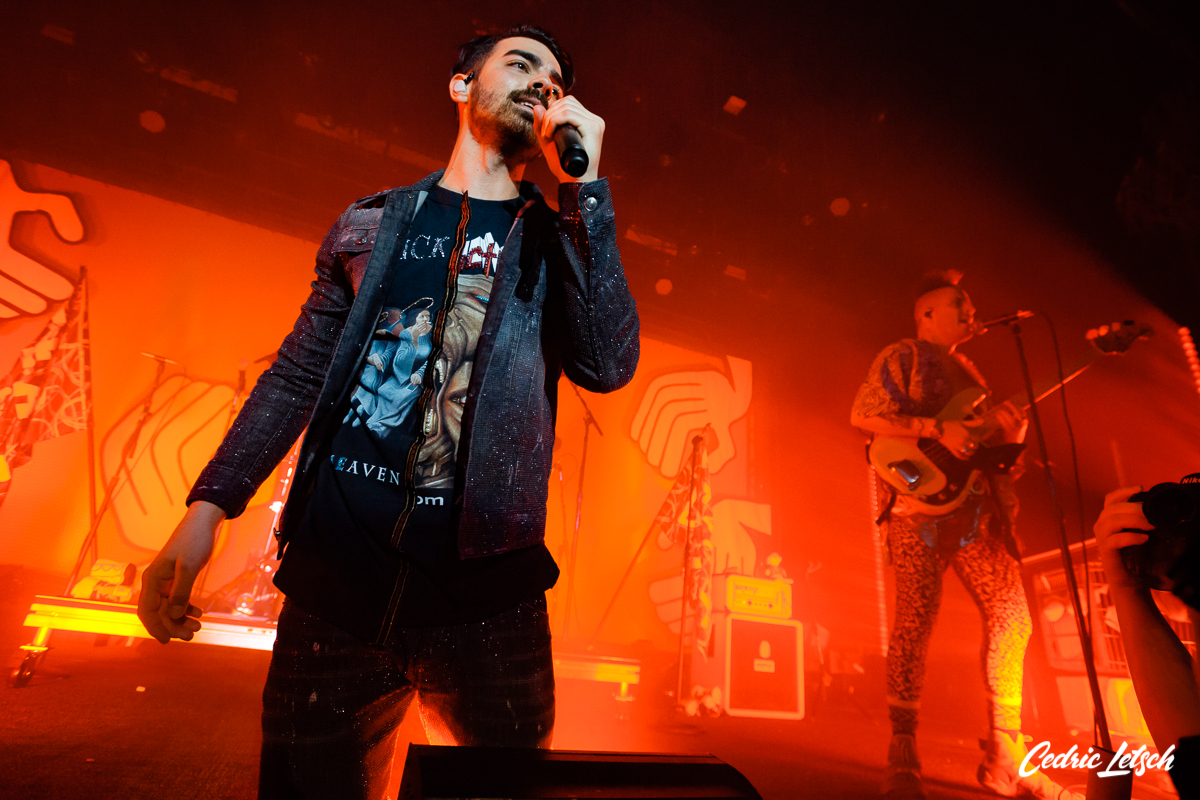 DNCE was at its best when performing original pop-funk ditties. The tunes are very catchy and nearly always include a sing-along hook that is much better suited for Jonas’ voice. Case in point was ‘Good Day,’ which came immediately after the aforementioned medley. It has a feel good chorus similar to other radio friendly hits as ‘All-Star’ (Smashmouth) or ‘Fly’ (Sugar Ray), and had the youthful crowd jumping around in a dance frenzy. 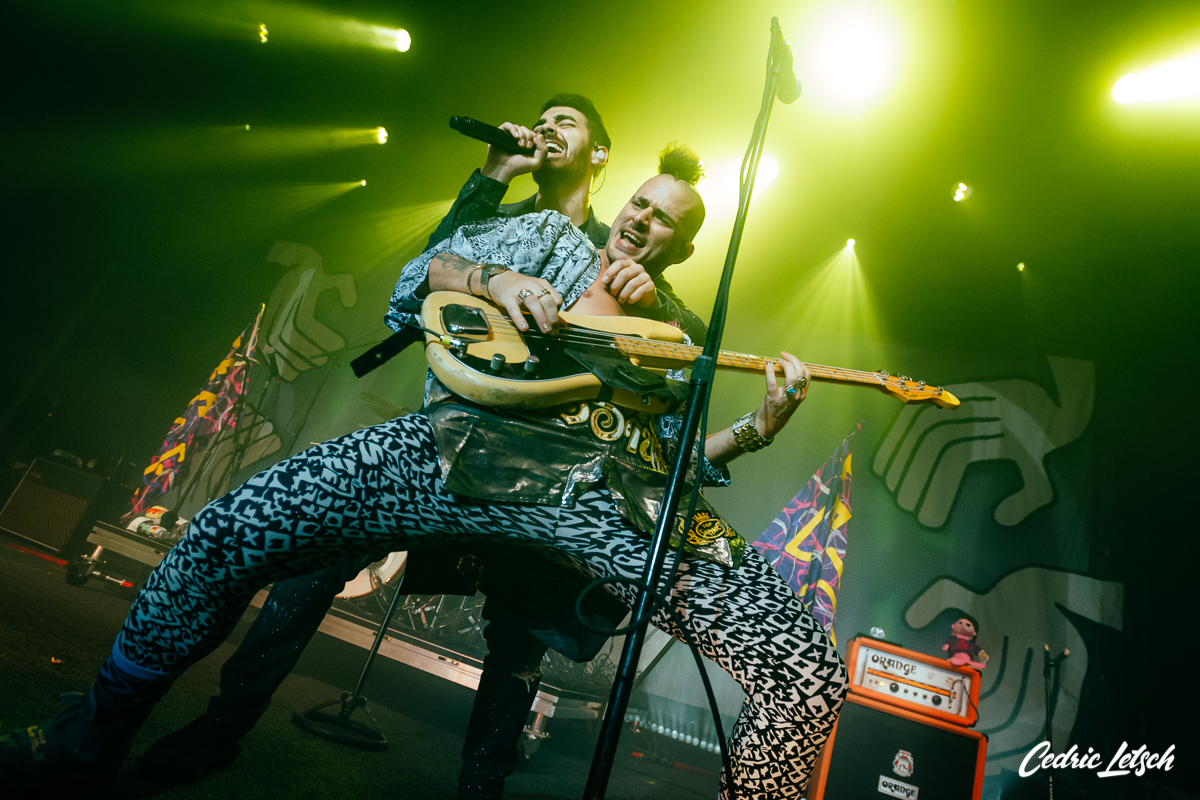 It was this type of high energy that typified the entire set, however the interjection of covers slogged the momentum and seemed as a hodge podge with the randomness of the shopping cart. ‘American Woman’ (Guess Who), ‘WannaBe’ (Spice Girls), and ‘Oops I Did It Again’ (Brittany Spears) were all fun but seemed forced…..kind of like an extension of an episode of The Voice. 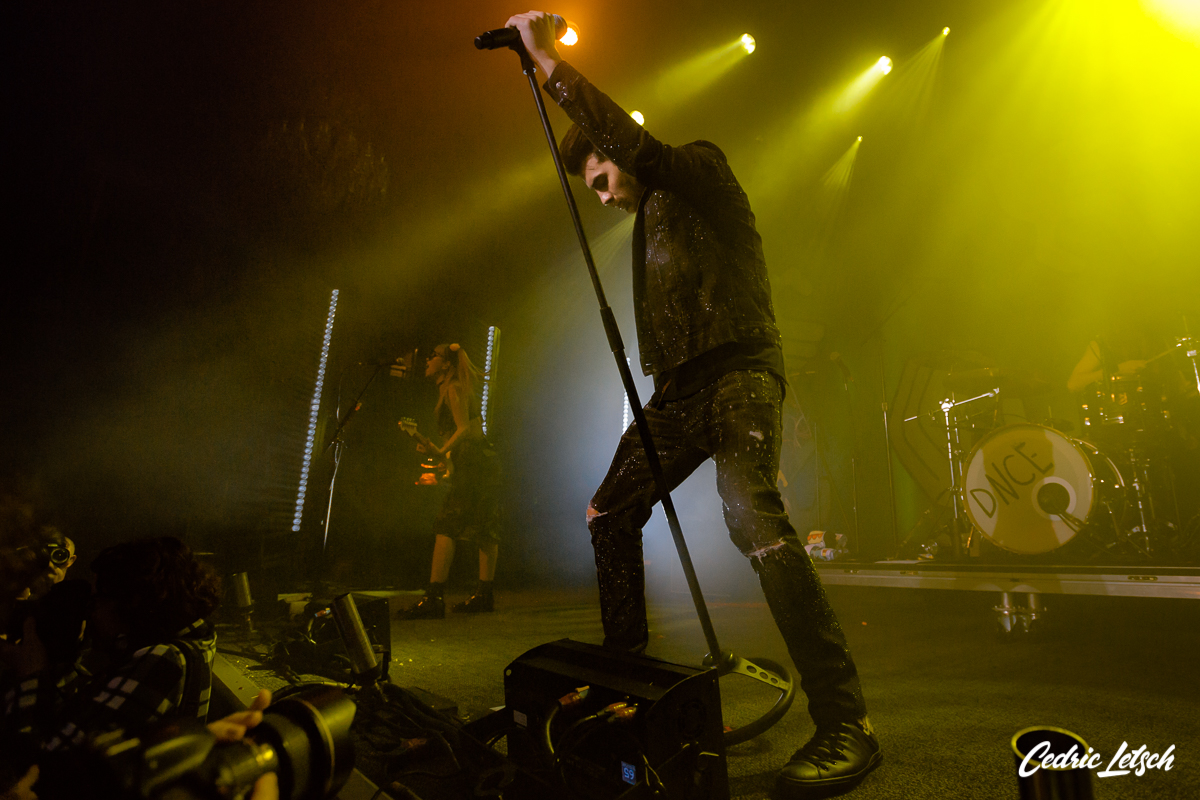 The set did end on an extreme high as DNCE went back to their own catalog to close the night with ‘Cake by the Ocean,’ which plays to the bands strengths of funk rock fun and stays in Jonas’ range. When he tries to push into a higher octave at higher volume there he has a tendency to screech. 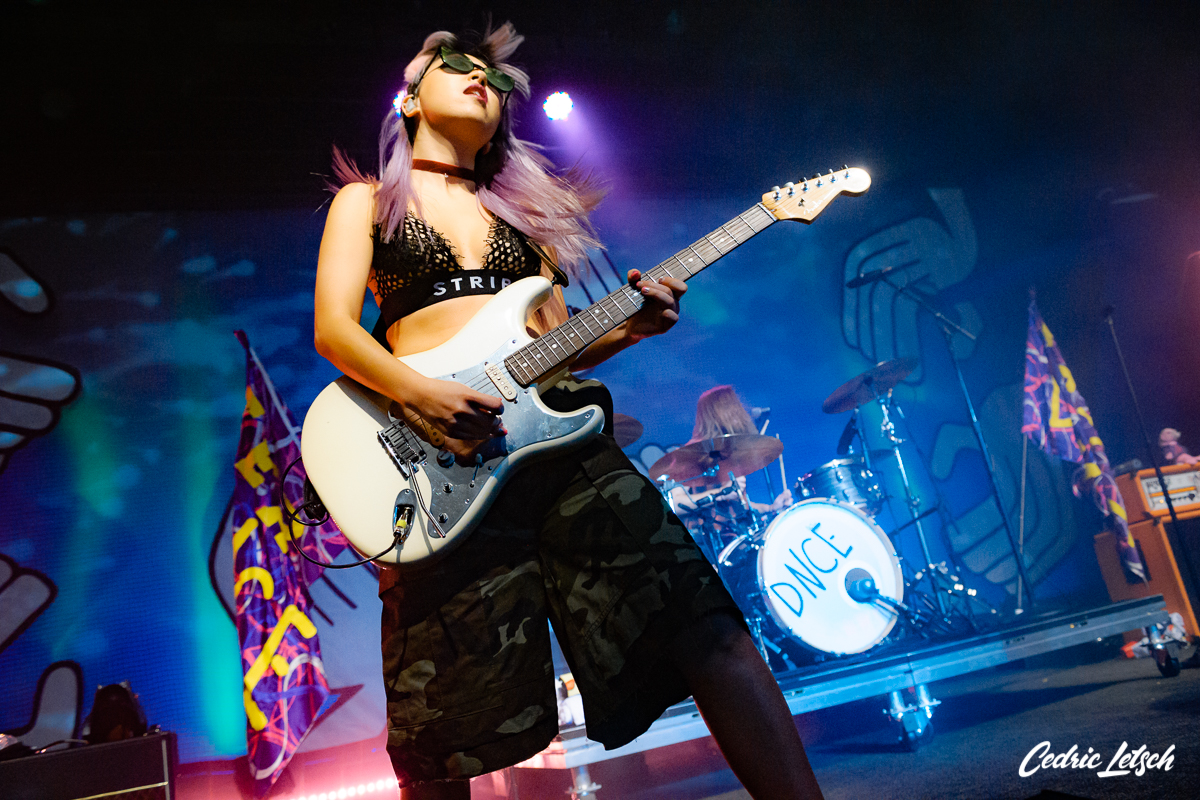 Overall this was a fun show, and it’s easy to see how DNCE is being groomed to follow a similar path to Maroon 5. They have the funk, can rock a little bit, and have the front man that the girls think is dreamy. Jonas has a way to go to get to the vocal prowess of Adam Levine, but DNCE has certainly maneuvered themselves into the right lane to move their party to the next level.

Find out more about DNCE here.