Anticipation and expectations were running high on a recent Friday night at The Fillmore. It was a perfect evening in the city and a pleasurable wait as the line began to form. A perfect time to meet new people and chat about shows seen, especially those with Devon Allman. Over the past several years, he’s had a great run with his band Honeytribe as well as with Royal Southern Brotherhood, a band that established themselves locally with solid and memorable performances. On this night, which would have been Gregg’s 70th birthday, Devon stepped out on his own as he presented a show to celebrate the memory and legacy of his father with his new band, The Devon Allman Project, as well as a raft of friends that included Robert Randolph, Samantha Fish, Luther and Cody Dickinson, Jimmy Hall, G Love, Duane Betts, and more. 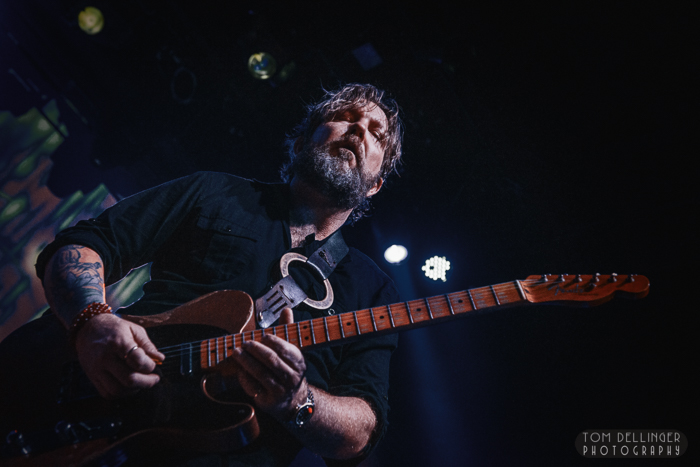 Devon is very excited about his new project and has been talking up their upcoming tour next year along with opener Duane Betts, whom we got to see a lot of on Friday night. He played an impressive opening set with his own band as well as sharing the stage during the remainder of the evening. Mixed into this party, there was a strong element of family as there were several siblings of original members of The Allman Brothers Band. Along with Devon, there were his sister Layla, the aforementioned Duane Betts, and Berry Duane Oakley. Another strong presence was ABB contemporary Jimmy Hall, of the band Wet Willie, a band that rose to prominence at about the same time and played a significant role in defining the early days of southern rock. 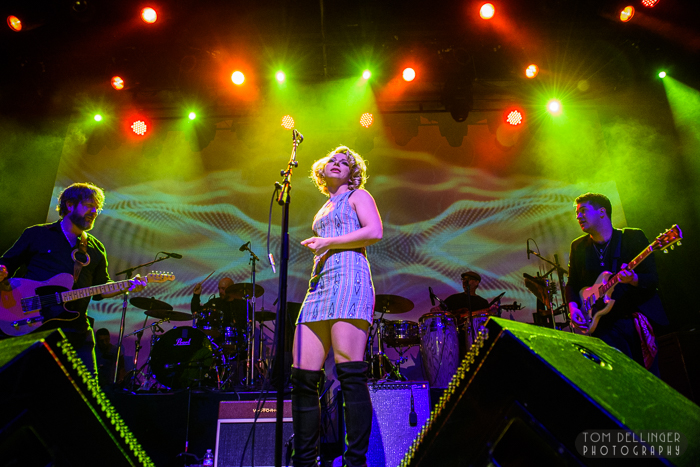 High energy and overall outstanding performances were in evidence from guests Samantha Fish, Robert Randolph, and the Dickinson brothers. Robert’s unique sound and style were an interesting blend into that well known ABB groove with which we are all so familiar. Samantha was onstage several times and was exceptional as both a featured artist and as one of the guitarists. Any time she took a lead solo, it got everyone’s attention and the energy between her and the band was infectious. Luther also brought his stunning guitar playing into the mix. And, of course, to do justice to the music of Gregg Allman, you have to have the Hammond B3 in the mix and for that, Devon brought former contestant from The Voice, Nicholas David, who was solid as he moved between the B3 on one end of the stage the grand piano on the other. 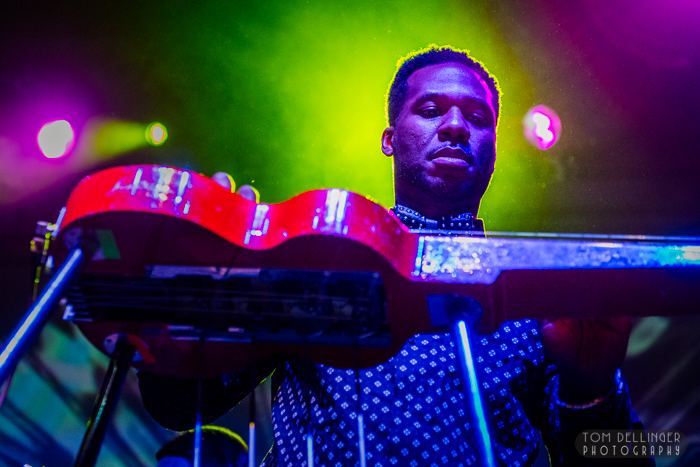 For his part, Devon opened with a stunning and wonderful instrumental. It was lengthy and did not waste a second. Nuanced and rich in its composition, it showcased not just Devon, but the ensemble of the band and in that moment set the tone for the evening. It was a sweet, rich, and rambling piece that had that Allman vibe and felt new and fresh at the same time. For the remainder of the evening that ran a full four hours, he was up front on vocals and guitar for some, but was also happy and energetic in his role of ringleader as he presented all the guests. 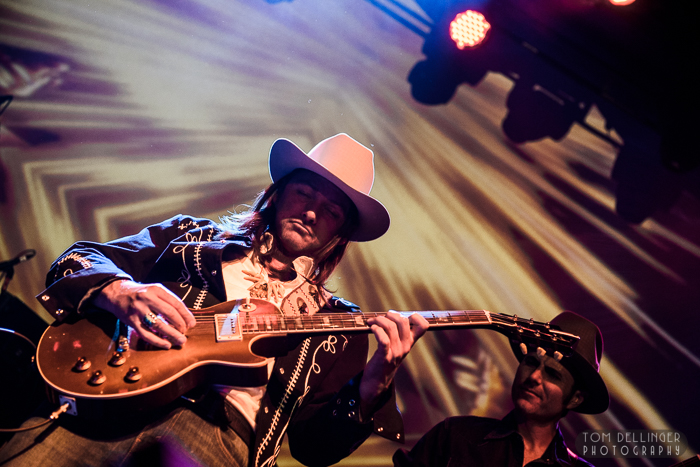 There was magic in the air. There was infectious energy onstage and it all made this a memorable night. All the expectations and hopes for the evening we felt outside before the show were not only met, but exceeded. Another great chapter was written into the history of the legendary Fillmore.

Check out this slideshow with more photos of Devon Allman and Friends by Tom Dellinger: