Deftones brought their unique blend of metal to the Bay Area this past weekend, playing to a rapturous audience at Berkeley’s Greek Theater on Friday night. Armed with a killer lighting rig and a giant backdrop with the cover art of their latest album, “Gore,” Deftones opened up the show with the furious song “Rocket Skates,” which prompted an ecstatic response from the audience, particularly during the songs’ anthemic chorus. 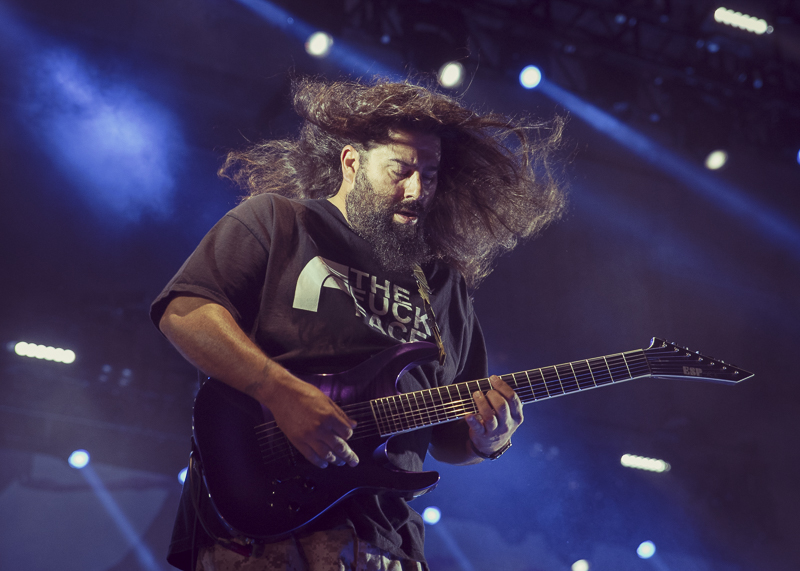 The band then launched into another up-tempo song in the form of “Geometric Headress,” off “Gore,” before slowing things down by pulling out an old classic from their second album, “Around the Fur” – “Be Quiet and Drive (Far Away).” This gave the audience just enough time to catch their collective breath before Deftones tore into another song from “Around the Fur,” the sinister “Rickets,” which blew over the crowd with its dissonant guitar playing and slamming beat courtesy of drummer Abe Cunningham. 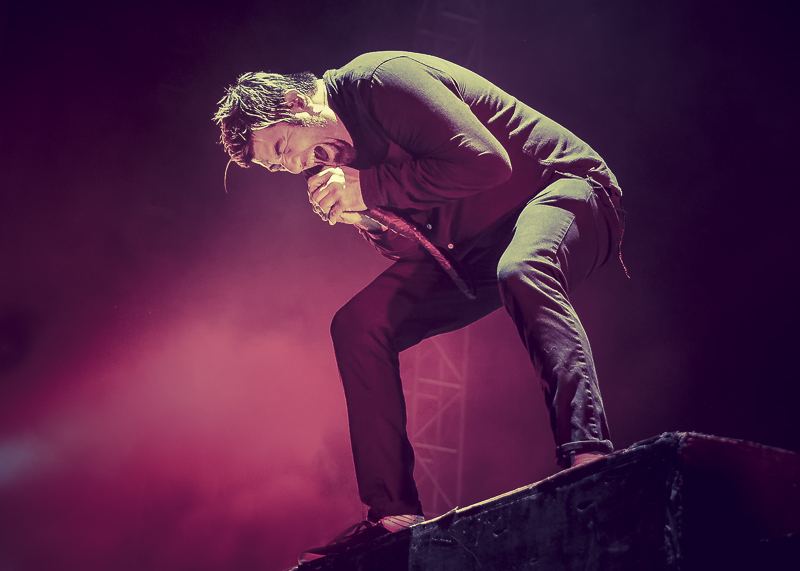 These two songs offered up a great sonic representation of what makes the band endearing to their fans. They have the ability to combine seemingly disparate types of music, changing from rampaging heavy metal to laid back rock-to-dream pop effortlessly, and this interesting combination keeps fans engaged, particularly in a live setting. Whereas many metal bands seek to completely overwhelm the audience, Deftones know when to dial the mood down and when to turn it back up. It was at this point in the set that they dialed things back, playing a couple of more downbeat tunes, including the spectacular “Rosemary” off of 2012s “Koi No Yokan” album. The song begins with a soft guitar interlude over which vocalist Chino Moreno glides over in his trademark singing style, balancing quiet and loud dynamics as the piece picks up speed. This combined with an evocative light show, which served to enhance the music a great deal, made for an incredibly special moment in the show, particularly as the song climbed in intensity, only to recede into a sublimely mellow outro. 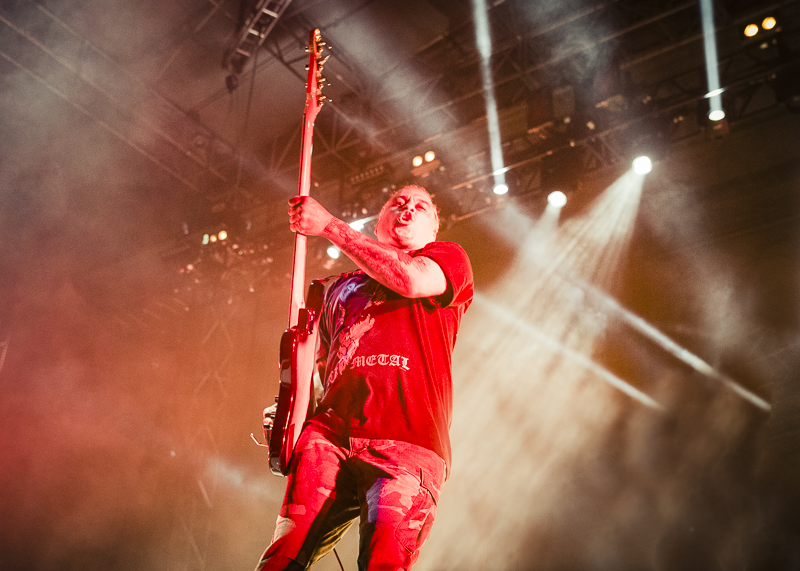 This trend continued as the group moved through a few more songs of a similar nature until they brought out a fan favorite track from the critically acclaimed “White Pony” album, “Digital Bath.” The song begins with a slick, grooving drum piece which really managed to get the crowd moving, particularly during the aggressive chorus. On the next song, Moreno made a dedication to the late Prince before launching into the aptly titled “Prince” from the “Diamond Eyes” album, another intense and abrasive track which featured some incredible playing from bassist Sergio Vega, who carries the song’s brooding and dark intensity with a sinister bass line. 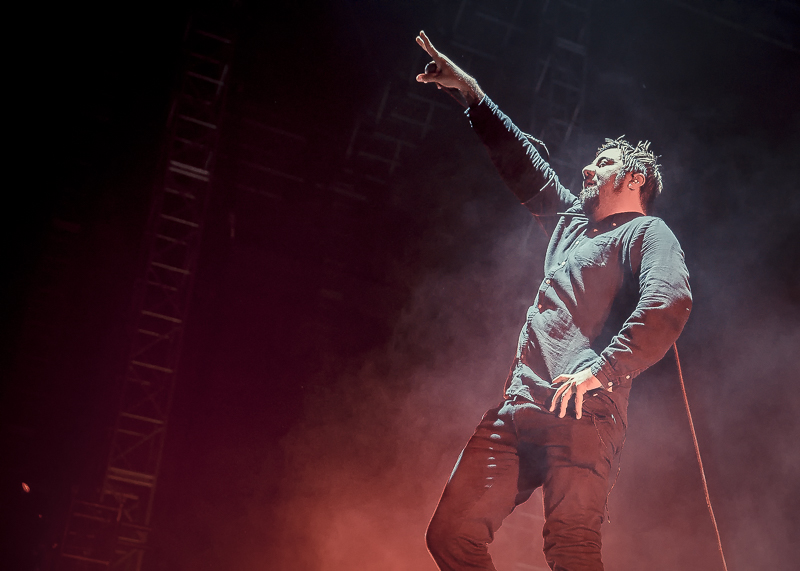 A few songs after the band closed out the primary set with another big crowd favorite, the epic “Passenger,” which may be the perfect demonstration of Deftones signature style which blends aggression with calmness over an impossibly slamming and grooving drum beat. At this point, the crowd was feeding off every move the band made, especially when Moreno would make his signature dives into the audience, screaming the lyrics directly in their faces as they screamed back at him. It was an enthralling and cathartic moment in a concert that had so many, back and forth between band and audience, with each one seeming to feed off the other’s intensity. 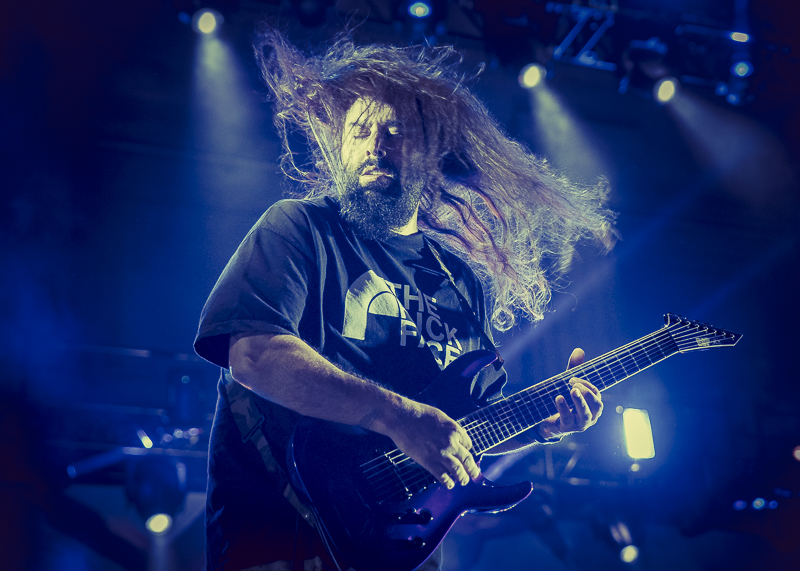 After a very brief intermission the band came back on to do a ferocious four song encore featuring songs from their first two records, all of which managed to have a massive impact on crowd morale as people began to go nuts, creating the biggest mosh pits of the night. This was particularly apparent on the song “Headup,” which features a signature guitar riff from Stephen Carpenter that manages to totally overwhelm the listener. 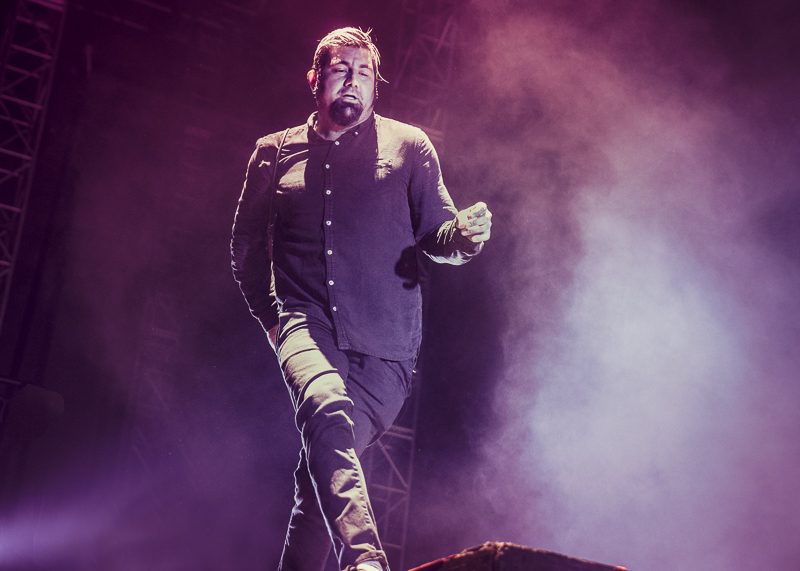 What made the night especially interesting was the fact that the band only played a few songs off their latest release, managing to include multiple songs from each one of their albums, much to the delight of their fans. Whereas most bands are content to focus solely on newer material, Deftones managed to create a fantastic experience while also showcasing their new songs, making for one incredible experience. 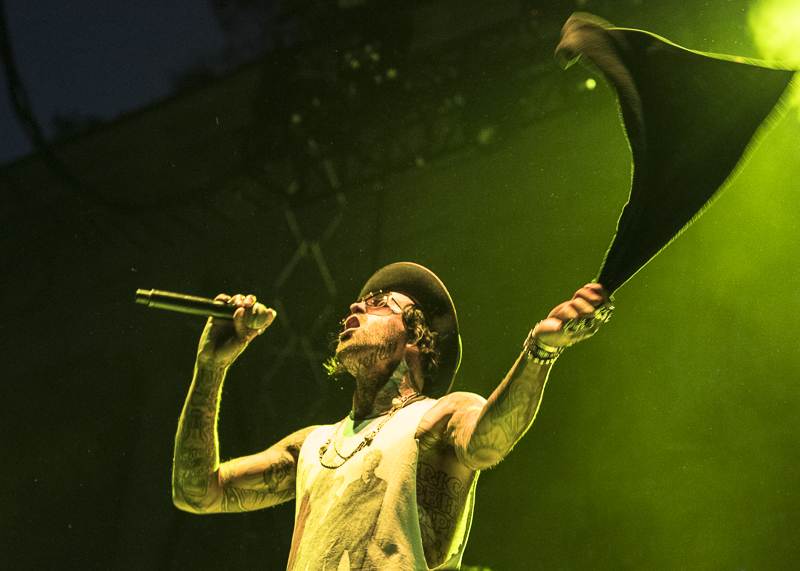 Yelawolf (Michael Wayne Atha) performed as an opening act on this Deftones bill, in support of his latest effort, 2015’s “Love Story.” The Shady Records (Eminem’s label) recording artist was an interesting fit for an Alternative metal show, but he commanded a strong presence of his own fan-base cheering him on, down in front. 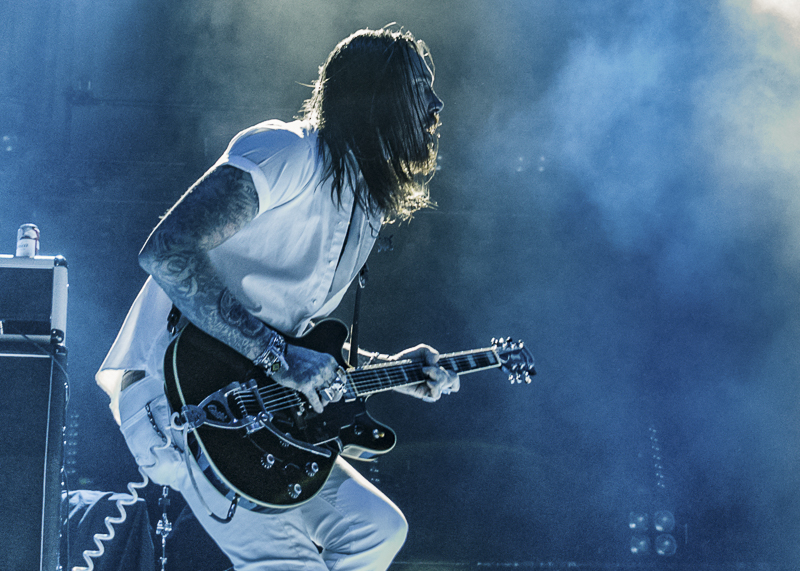 This Alabama-born Southern Rock/ Bluegrass Hip-Hop style is truly unique, albeit a little “off the cuff”, and his set was reminiscent of Kid Rock’s early performance days, complete with a beer-soaked stage. Yelawolf’s lyrics were hog-tied to a steady Americana beat, and the guitar licks from his partner on stage had a flair unto their own. 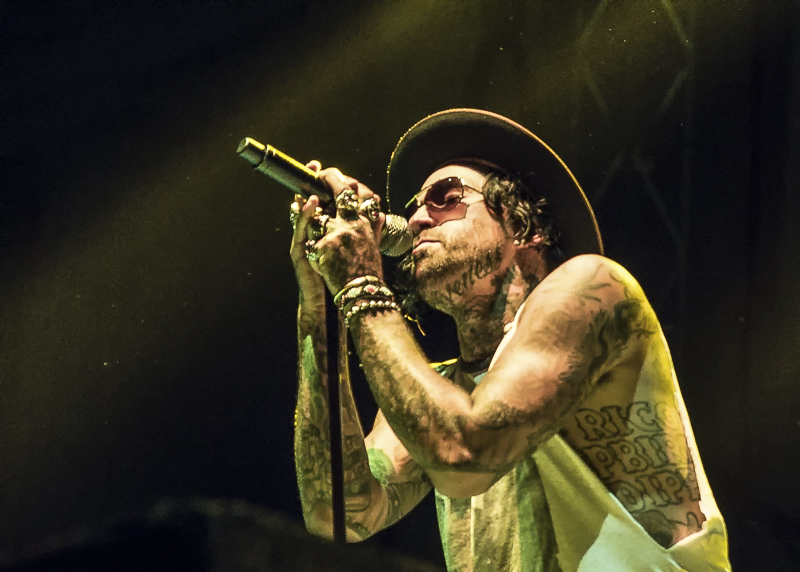 Proclaiming his return to Berkeley, CA, where he spent some of his formative years hanging out in People’s Park, Yelawolf launched aggressively into the second half of his set, which included a hip-hop version of Garth Brook’s Got Friends in Low Places.