Bay Area metal band Deafheaven came to San Francisco on Tuesday night to play a triumphant show in front of their hometown fans. The band is currently touring in support of their recently released record, the excellent Ordinary Corrupt Human Love, and the gibr-piece wasted no time in rolling out material from that release, opening with the sprawling epic of “Honeycomb.” 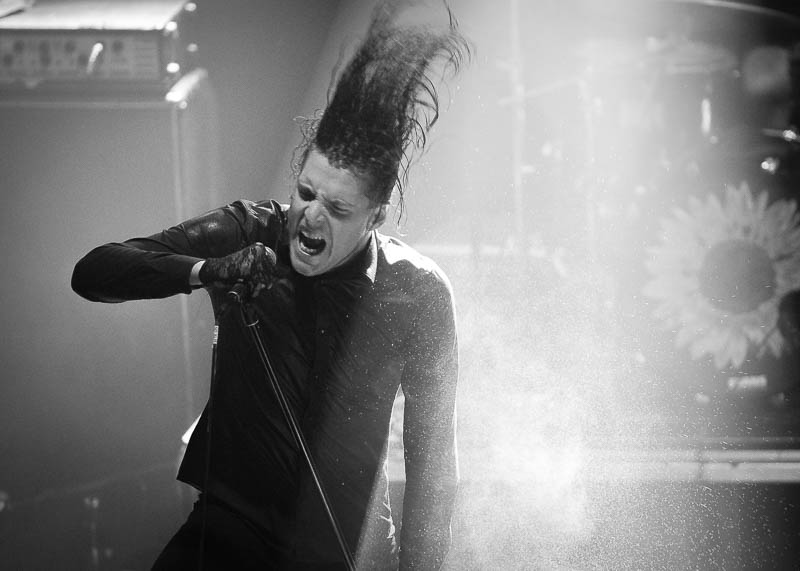 The song demonstrates all of the musical facets of Deafheaven: blinding guitar runs, atonal screams, blasting drums, and heavy bass. What makes a Deafheaven song so unique are the brilliant transitions between furious black metal and serene shoegaze and post-rock. Simply using the word epic would not do their sound justice, Deafheaven is an otherworldly metal band. 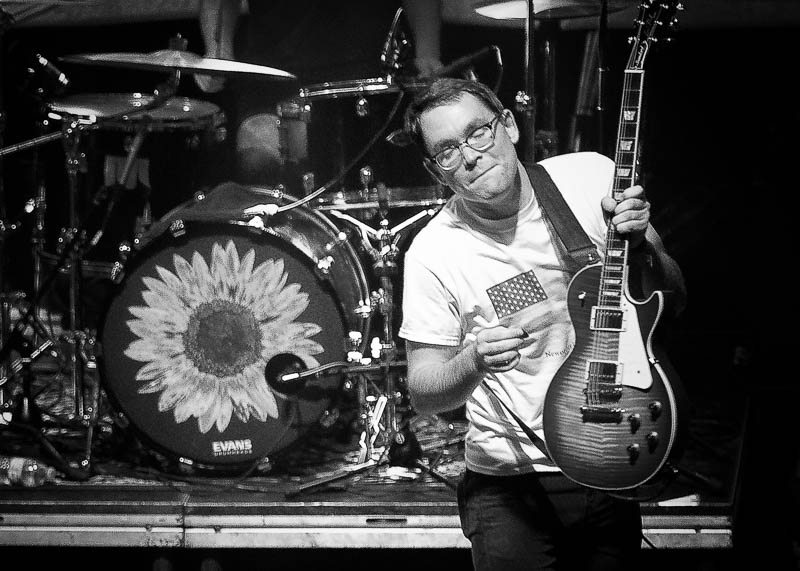 The following song, another long track from OCHL, came in the form of “Canary Yellow.” The song began with a bit of meditative guitar work from Shiv Mehra and Kerry McCoy, with drummer Daniel Tracy supplying a snappy, jazzy drum beat, and Chris Johnson playing some slick basslines underneath. Suddenly, the song took an abrupt turn into pummeling metal as Tracy queued up a transition and vocalist George Clarke roared overhead with his dark rasp. Clarke was clearly on a mission to pull out all the stops as he frequently made his way into the audience to scream in their faces, with a series of pulsing lights and plenty of dreamy video footage on the screen behind the band setting the mood. Eventually, “Canary Yellow” broke into a wild and bluesy rock breakdown that managed to recall classic 70s blues-rock before McCoy launched into a ripping guitar solo. As the track reached its climax, Johnson and Mehra supplied some solid clean vocals to contrast with Clarke’s aggressive howl, one of the emotional high points of the night. 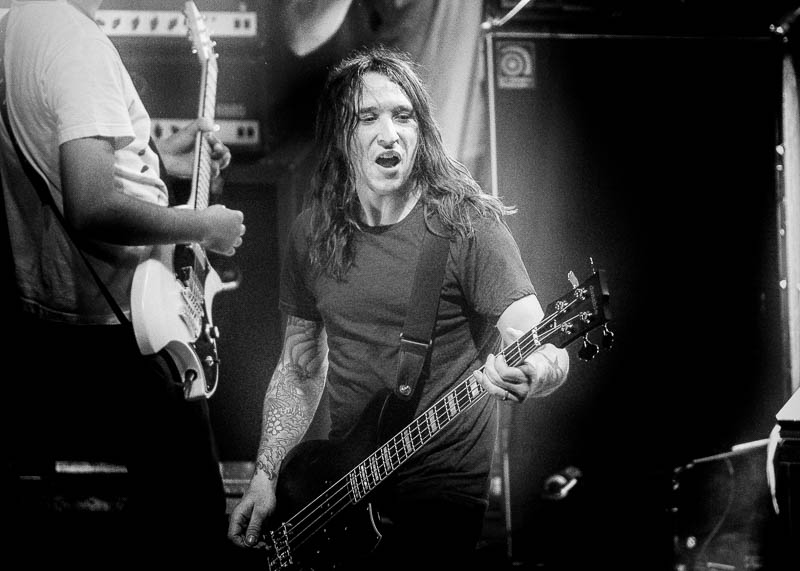 After a brief break from the chaos, Clarke addressed the crowd, remarking that it felt good to be back home, before introducing the next song, the overpowering “Sunbather.” The title track from the band’s groundbreaking second record, the piece began with some stately mid-tempo riffage, winding through a series of transitions all driven by the technically precise and overpowering double bass drumming of Tracy, who was on fire throughout the night. 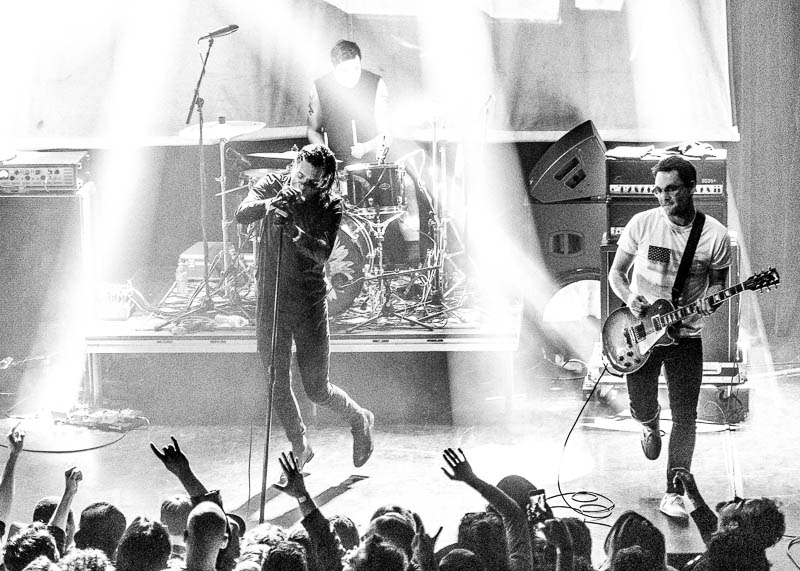 Deafheaven followed that up with another scorching song in the form of “Brought to the Water,” a blindingly fast piece of black metal that eventually devolved into yet another stunning mixture of clean-toned guitar and snappy drumming. This combination of atonal and melodic sounds is what makes Deafheaven such a powerful live band: their absolute control of so many different styles of music makes for an unforgettable experience. These songs unfold and expand into memorable works of art – towering epics that left the audience in awe. 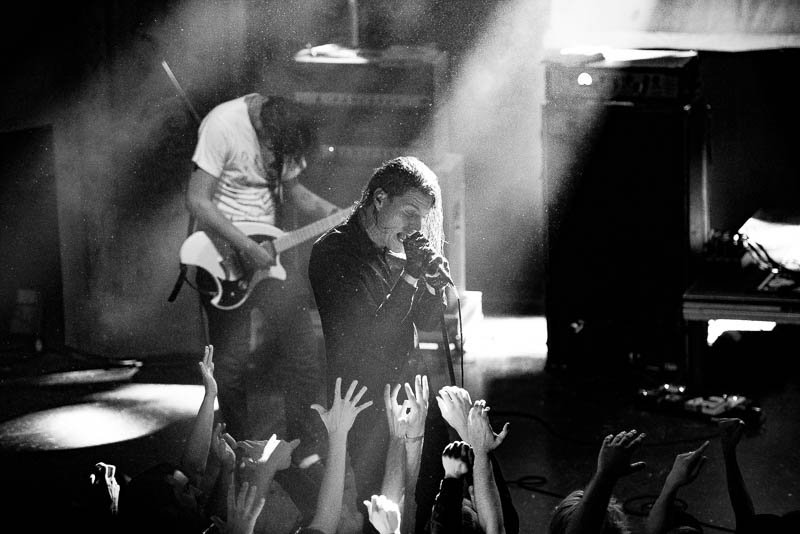 The band closed out the main portion of the set with another long song from OCHL, “Worthless Animal,” before walking off the stage to get a much-needed breather. When they returned, McCoy took to the electric piano at the side of the stage as the band rolled through “You Without End.” The opening song off OCHL, the piece provided a respite from the all-out black metal fury, with its arena rock undertones clashing with Clarke’s fuming vocal delivery, though he did surprise with some incredible clean vocals during the song as well. Following that was the brief but devastating stomp of “From the Kettle onto the Coil” before Deafheaven closed out the night with what has become their signature song “Dream House.” 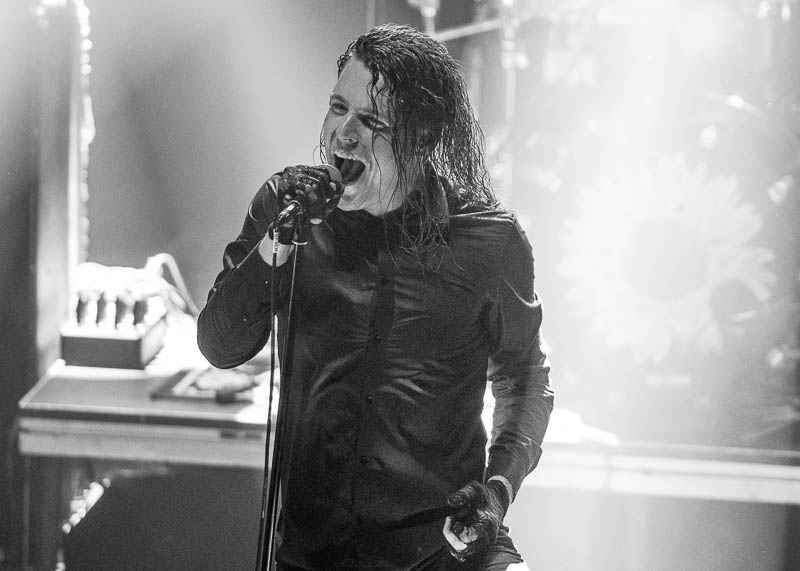 The song began with a wash of reverb-drenched guitar from McCoy before exploding into an all-out blast of metal. The piece continued to build the tension, alternating between chaotic black metal and mid-tempo dirges before a beautiful clean guitar break silenced the sold-out room. For just a few moments, the audience stood silently as McCoy played a calm guitar line before he cranked the distortion back up and the rest of the band came in. Clarke took to the front of the stage, shoving the microphone into the faces of the audience members, letting them scream the final, cathartic lines of the song: “I’m dying, Is it blissful, It’s like a dream, I want to dream.” 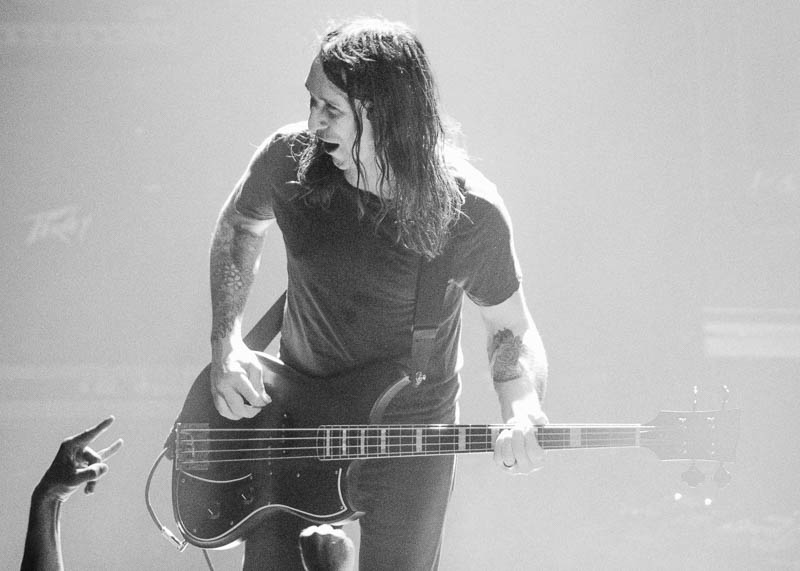 Four albums into their career, Deafheaven has developed into one of the metal world’s most impressive and impactful bands, with their unique blend of sounds capable of winning over just about anyone. 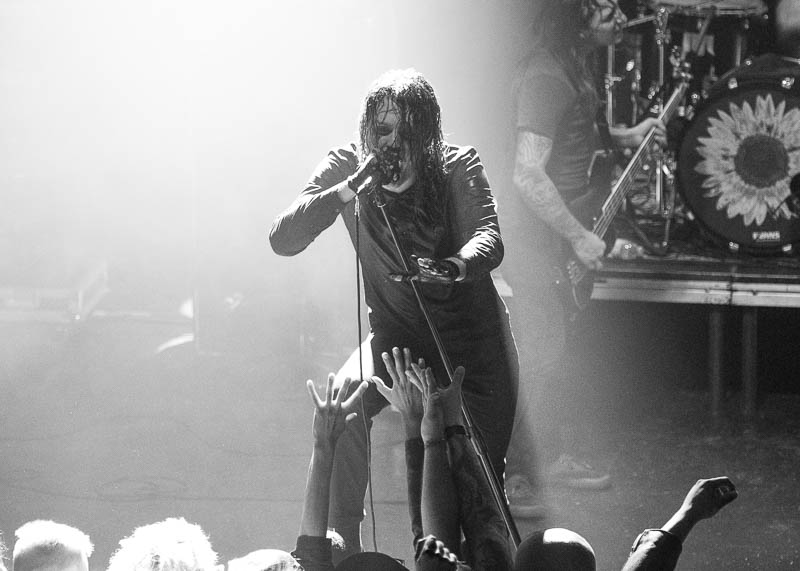 Tuesday night was proof again that this band is here to stay.

Deafheaven is well known for picking touring supporting bands that mix it up in the alternative genre, and you couldn’t get much more esoteric than LA based synth-space duo Drab Majesty. Leading up to Deafheaven’s set, two human forms with glowing white wigs, silver make up and blue light brought a synth-goth, early 80’s new wave sound to the stage. Their costumes were reminiscent of eloquent non-gender defining space-drag, and the music is very engaging, UFO-popish and eternal.

The audience seemed to be incredibly open to Drab Majesty’s diversified sound, and dance tunes. So very different from the dark, loud tunes of Deafheaven. Drab Majesty is a project brought together by alternative rock visionary Andrew Clinco, and his alternate ego Deb Demure. All songs are written by Deb and performed live by Deb and keyboardist/ vocalist Mona D (Alex Nicolaou).

Setlist: Honeycomb | Canary Yellow | Sunbather | Brought to the Water | Worthless Animal || Encore || You Without End | From the Kettle Onto the Coil | Dream House

Find out more about Deafheaven here.