At the recent sold-out Cypress Hill/Hollywood Undead show at Ace of Spades in Sacramento, there was a bit of a surprise before the final headliner came out. After engaging sets by Xzibit and Hollywood Undead, Cypress Hill’s DJ Lord came out and did a short warm-up set. 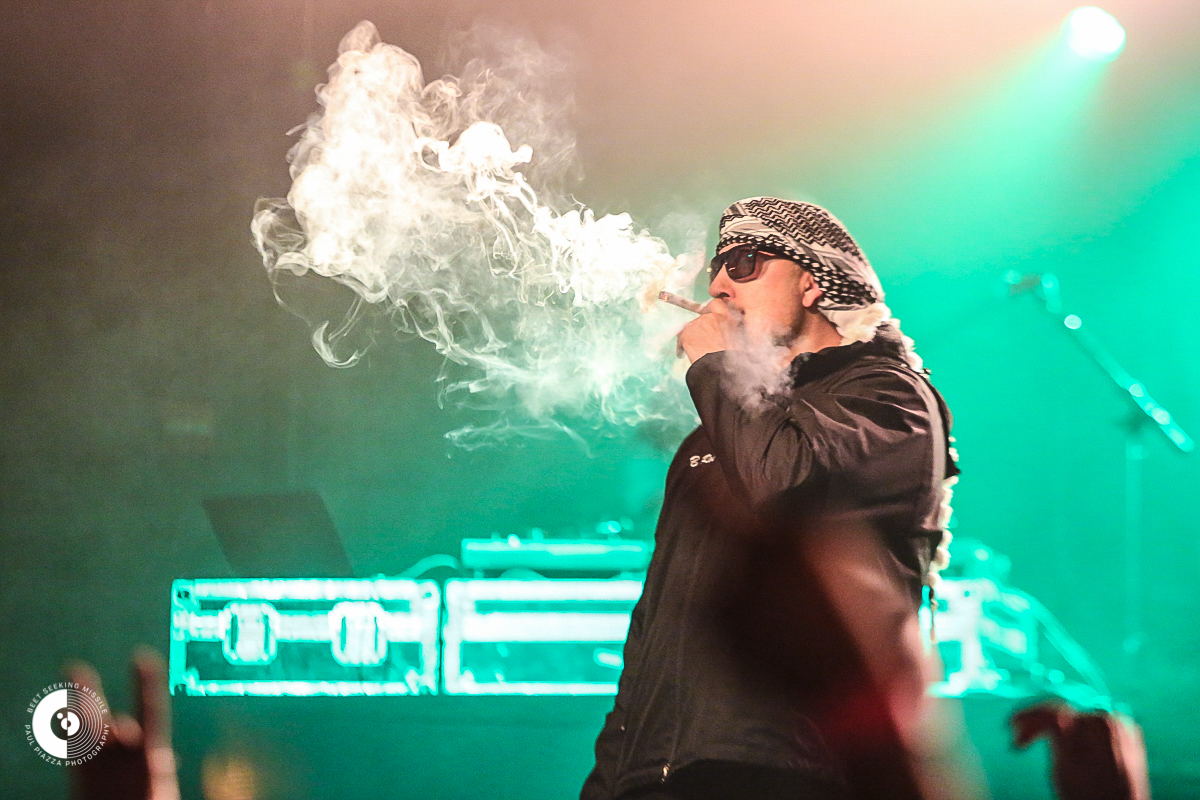 But at the interval where the rest of the group were expected to come out onstage, comedian George Lopez made an unannounced entrance and gave a raucous introduction for the legendary stoner rap band. Naturally, it was one high point in an evening that had many of those. 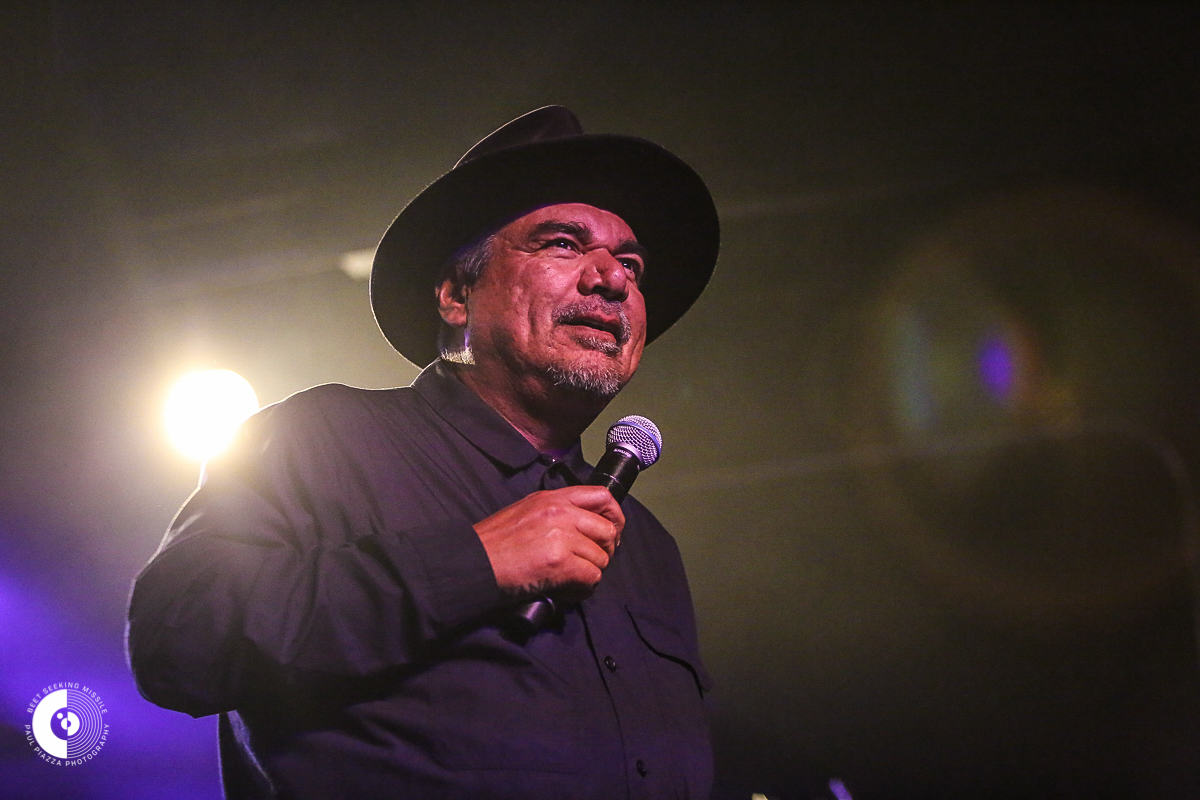 Cypress Hill’s time came after Lopez. It’s hard to believe that B Real and Sen Dog have been together for over the thirty years since the pair met up in the Los Angeles area in the late 80s in a move that presumably saved both of them from a path of gang life. B Real had been seriously wounded in a shooting during his time in a set known as the Neighborhood Family Bloods prior to focusing on rap with talented producer and beat maker DJ Muggs. 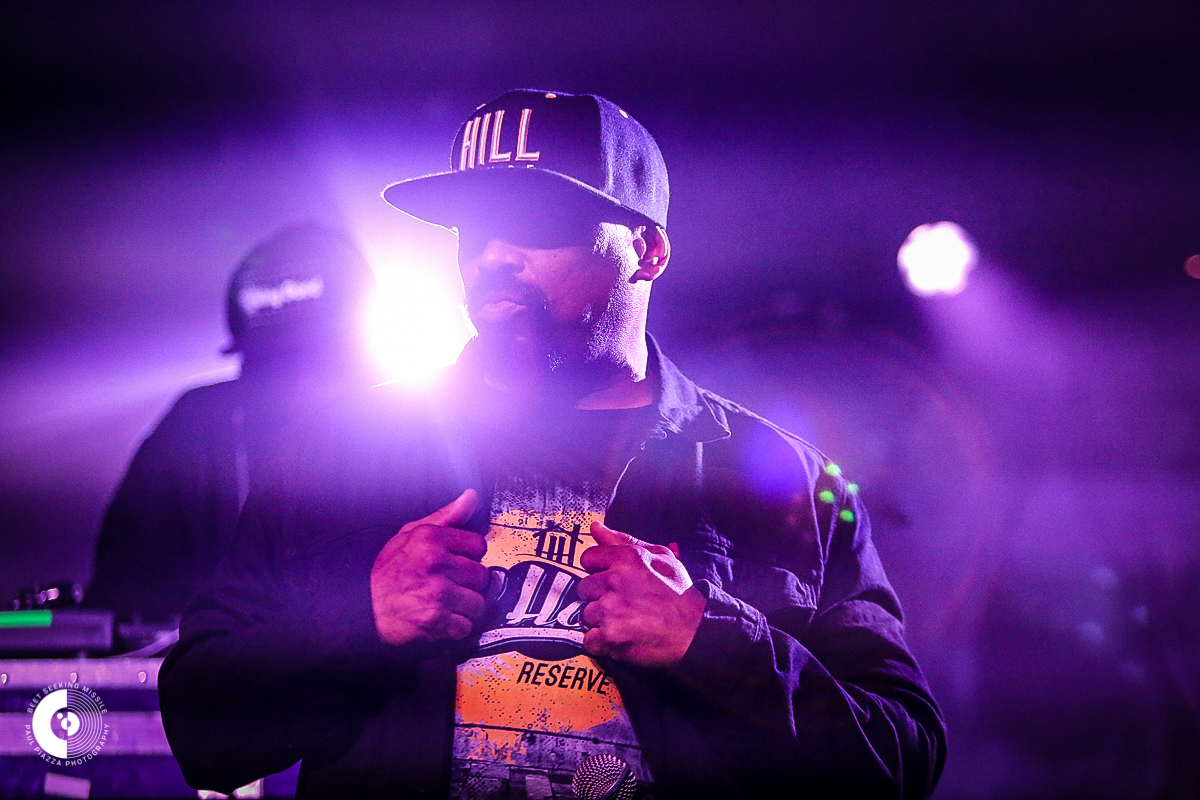 With B Real’s distinctive nasally tone contrasting with Sen Dog’s gruff approach going over lively funk beats, the pair ascended rapidly in the world of rap with a debut LP that weaved tough tales like “How I Could Just Kill a Man” with bouncy and hilarious stoner epics like “Light Another.” Soon the group were touring with the likes of the Beastie Boys and Pearl Jam and haven’t looked back since. 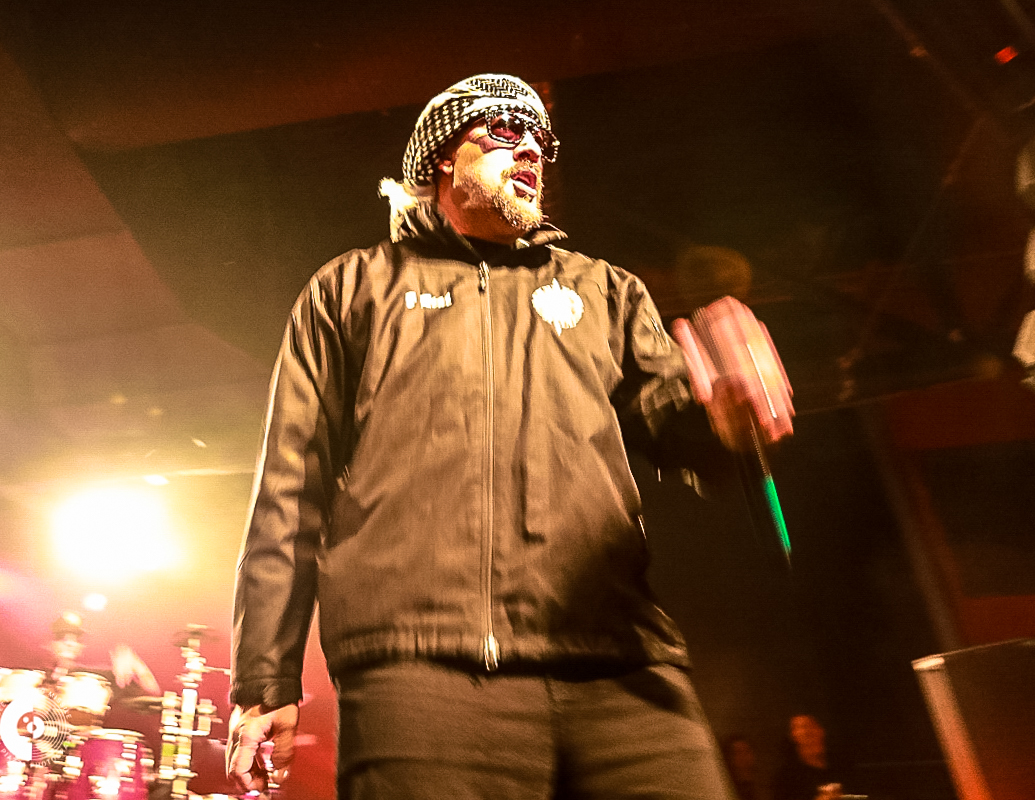 Currently the duo are backed on the road by DJ Lord, who has also manned the turntables for Public Enemy since 1999.  There is also the great Eric “Bobo” Corea on percussion, who toured with the Beastie Boys from the “Ill Communication” to “Hello Nasty” era. 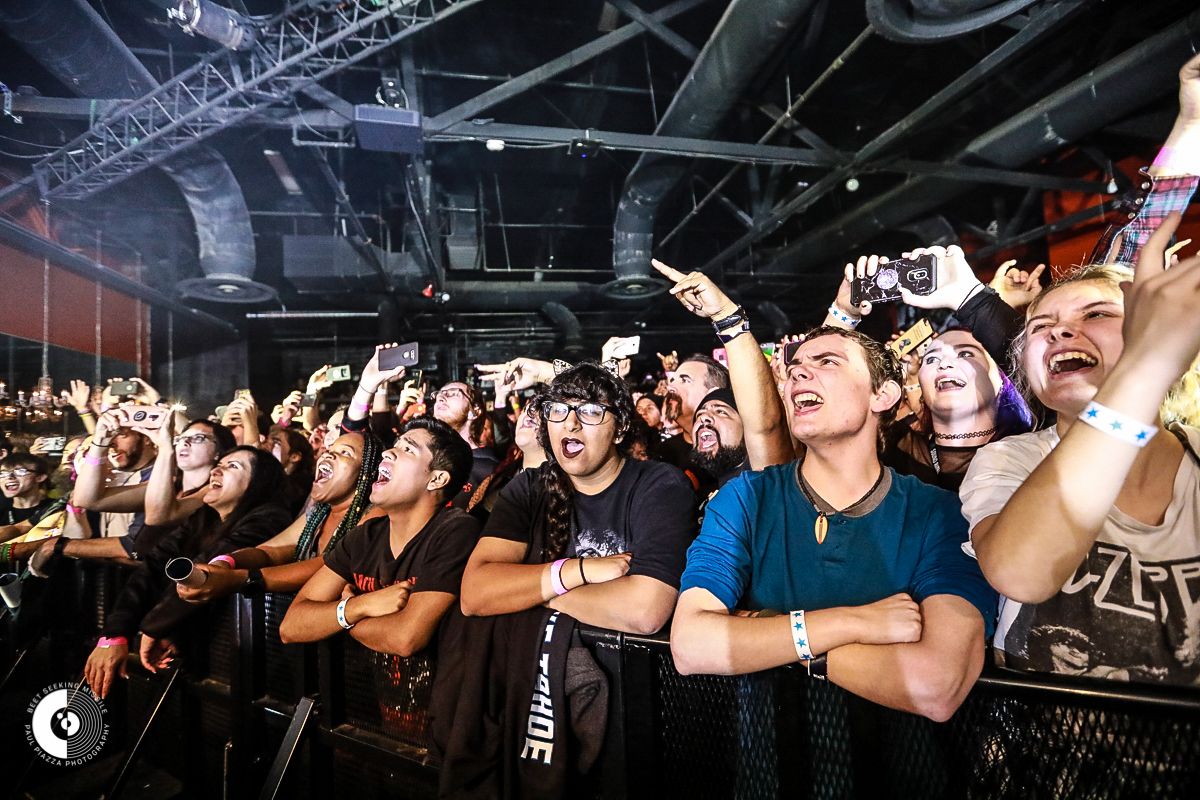 After Lopez’s introduction, Cypress Hill celebrated their early works like “Real Estate” and “Hand On the Pump,”  along with a few new tunes from their latest album Elephants On Acid, which was released in 2018. The newer material shows the band edging away from gangsta lyrics as they’ve gotten older and makes the natural progression of  continuing the pursuit of all things weed-related. The songs “Jesus Was a Stoner” and “Reefer Man” verify this. During the group’s “Weed Medley” section near the end of the show, B Real seemed to have a big joint going the whole time. But this isn’t just for show, Cypress Hill have long been known as one of the first hip-hop groups to support the cannabis movement and promote its legalization. 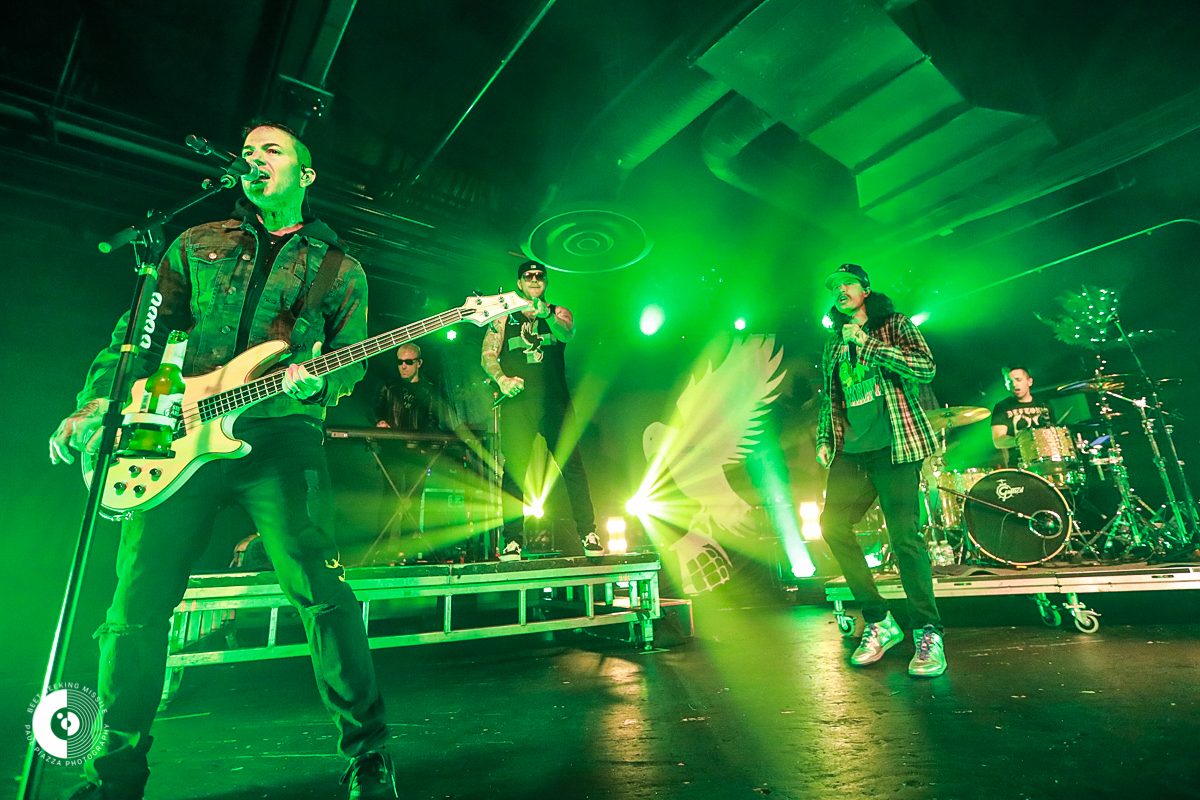 The group ended the show with a pair of their biggest hits, “Rock Superstar” and “Insane In the Membrane.” Afterwards, as fans happily exited the club onto the rainy street outside, there was talk about B Real’s and DJ Lord’s other current project, the Prophets of Rage, who are set to hit the road later this summer. However, when B Real is not on the road, he can often be found at his dispensary, which is called Dr. Green Thumb, located near his home in the San Fernando Valley. 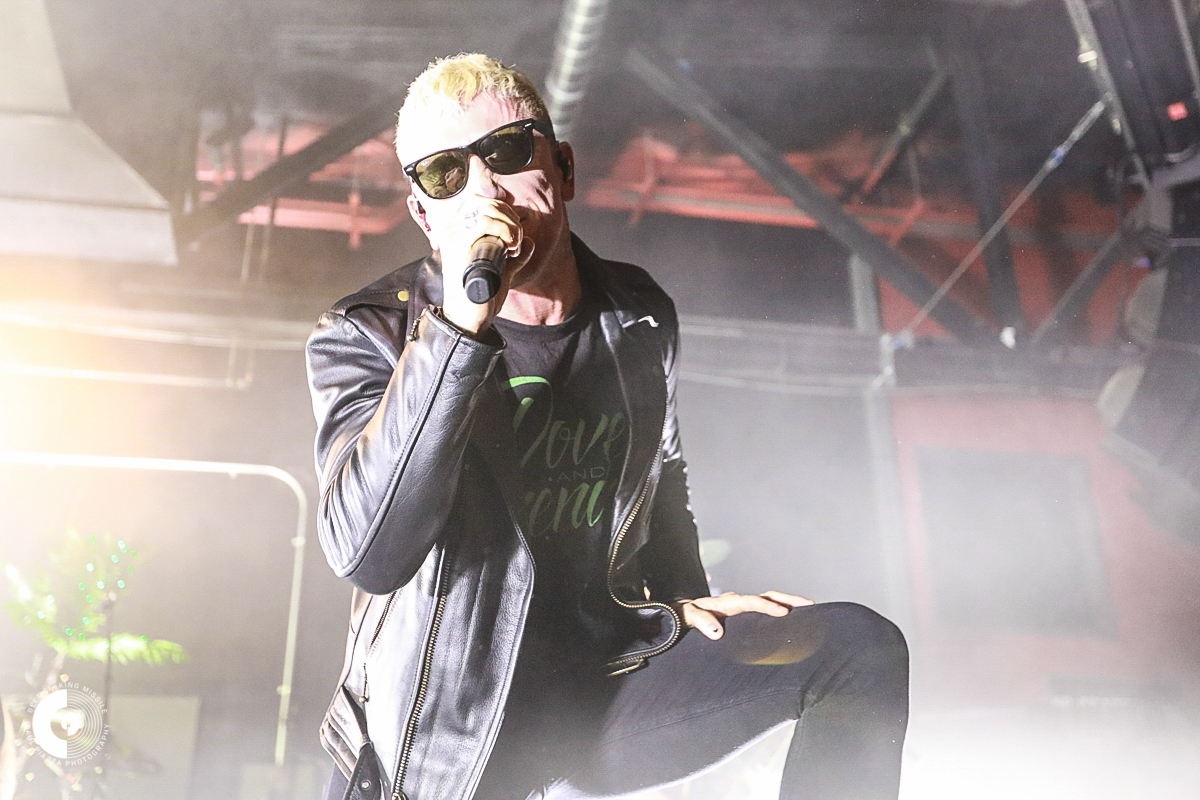 Before Cypress Hill came Hollywood Undead, the five-member rap rock group.  The group released an EP called Psalms in 2018 and also decided at that time to discontinue the practice of wearing masks onstage. The new unmasked version seemed to go over very well with their fans in Sacramento, who not only recognized the faces, but knew the words and sang along with the majority of the group’s songs. The Hollywood Undead constantly revolve vocalists during their set and they did this adroitly, utilizing almost every square foot of the stage at Ace of Spades. 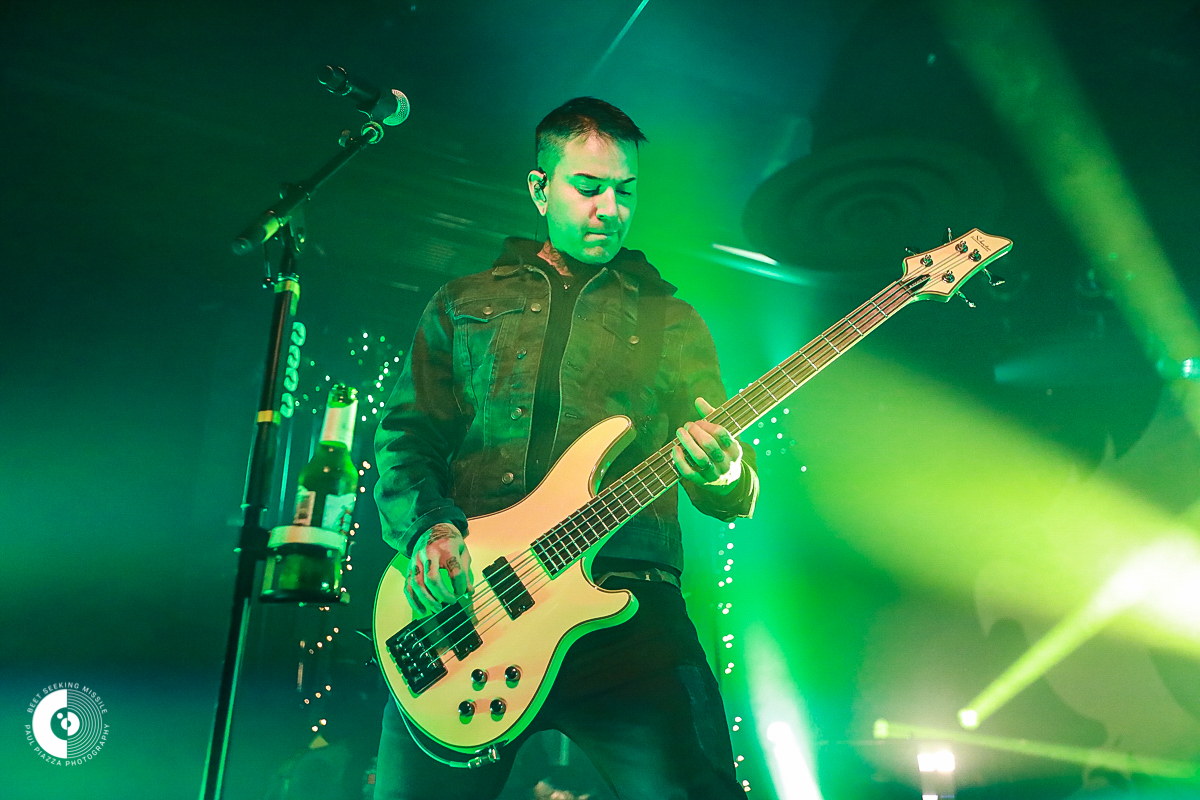 Find out more about Cypress Hill on their website.