As one of the first metal bands to bring extreme metal music to the masses, Great Britain’s Cradle of Filth is still rolling strong, having just released their twelfth studio album, Cryptoriana– The Seductiveness of Decay (Nuclear Blast), in September of 2017.  And although frontman Dani Filth may be the only original member, the band still know how to put on a show, as evident by their recent San Francisco stop at the Fillmore Auditorium. 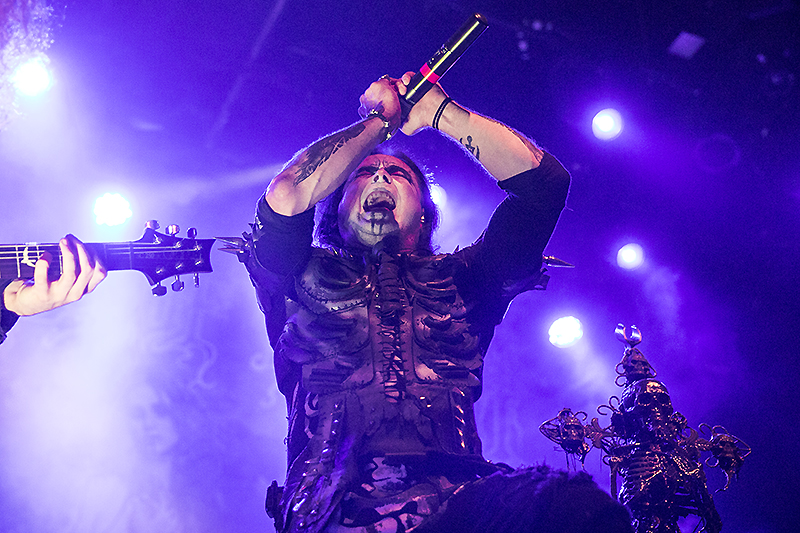 As the house lights dimmed and the stage was flooded in red, the band took the stage as Dani Filth walked out with a black shroud draped over his head and the chanting backing track of “Avi Satani” from The Omen soundtrack played in the background. With his trademark scream, Dani and the band proceeded to deliver a bombastic version of “Gilded Cunt,” from their Nymphetamine album. Guitarists Richard Shaw and Marek ‘Ashok’ Smerda traded the riffs, while Lindsay Schoolcraft’s keyboards gave the song an almost ethereal feel. The nearly sold-out crowd was into it from the very beginning, banging their heads in approval. 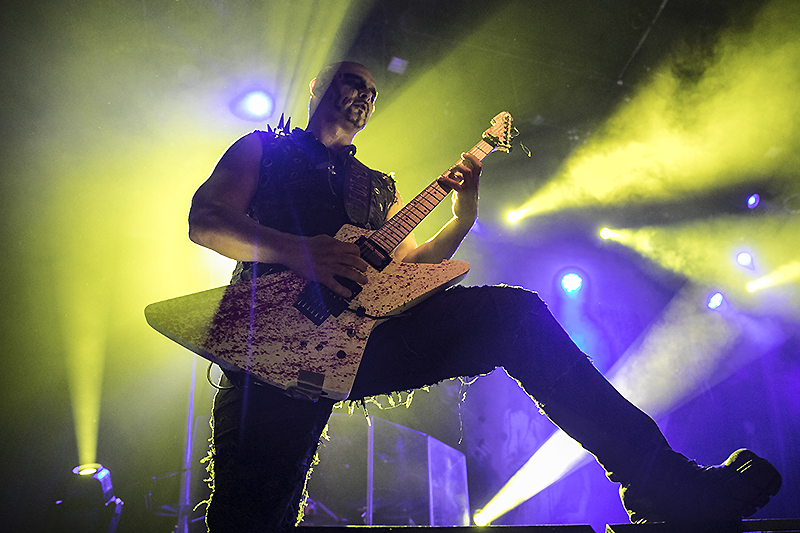 The setlist was a good representation of the band’s entire back catalog but also included a few tracks off the new record, including “Heartbreak and Seance” and “You Will Know the Lion By His Claw,” with Dani pacing the stage. The new songs fit right in with the classic Cradle of Filth songs the fans came to hear, including “Beneath the Howling Stars,” “Dusk and Her Embrace,” and “Blackest Magik in Practice,” which was highlighted by the haunting backing vocals of Schoolcraft, who also shared vocal duties with Filth on “Nymphetamine.” 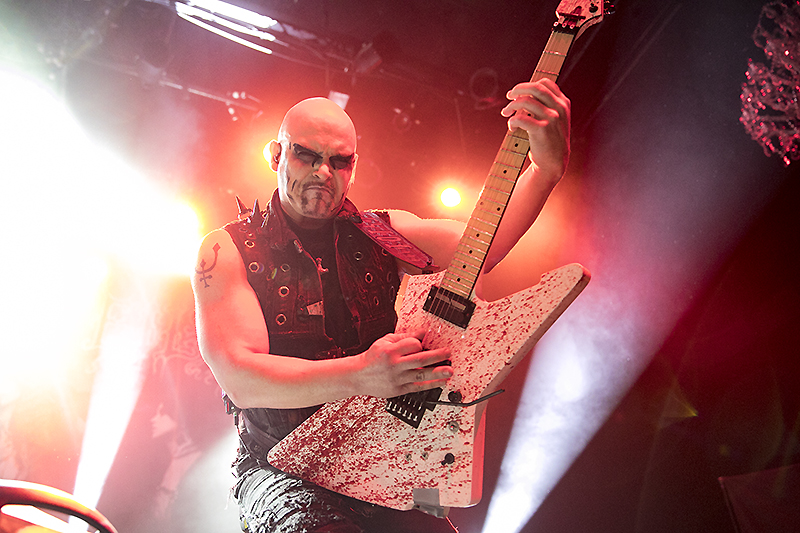 After completing their set and saying goodbye to the fans, the band returned for a four-song encore, wrapping up not only the evening but their U.S. tour with “From the Cradle to Enslave.”

Support for the evening came from Jinjer, the Ukranian metalcore band who did more than their job of getting the fans ready for the headliners.

Here’s a slideshow with more photos of Cradle of Filth by Raymond Ahner:

Gilded Cunt | Beneath the Howling Stars | Blackest Magick in Practice | Heartbreak and Seance | Bathory Aria: Benighted Like Usher / A Murder of Ravens in Fugue / Eyes That Witnessed Madness | Dusk and Her Embrace | The Death of Love | You Will Know the Lion by His Claw | Creatures That Kissed in Cold Mirrors | | A Bruise Upon the Silent Moon | The Promise of Fever | Nymphetamine (Fix) | Her Ghost in the Fog | From the Cradle to Enslave

Find out more about Cradle of Filth here.