Stepping into this stunning edifice on a Sunday night, on this second weekend of the festival, one could take a turn to the left and go in to the spacious Miner Auditorium to see Ravi Coltrane, the son of the jazz titan John Coltrane and his band. If one turned to the right however, one could see a smaller show with Cory Henry of Snarky Puppy played in the intimate Joe Henderson Lab. 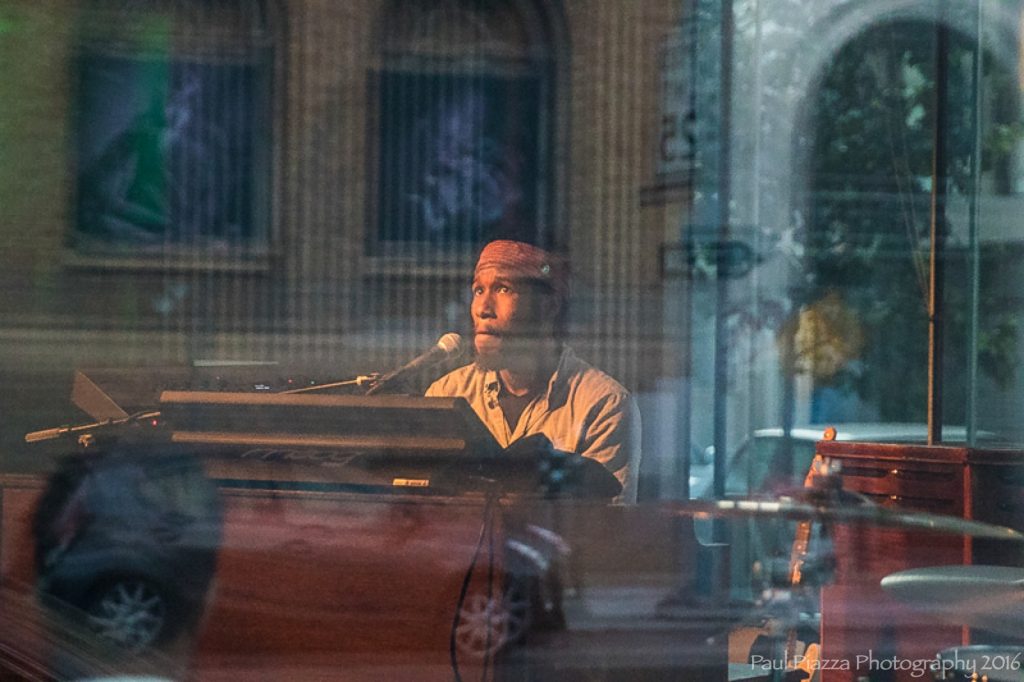 Cory Henry From Outside

The Joe Henderson Lab has a unique, floor-to-ceiling glass design that seamlessly blends the room with Franklin Street. Passersby who happen to glance in towards the small room during show time get a glance at a world class performer playing inside the facade. 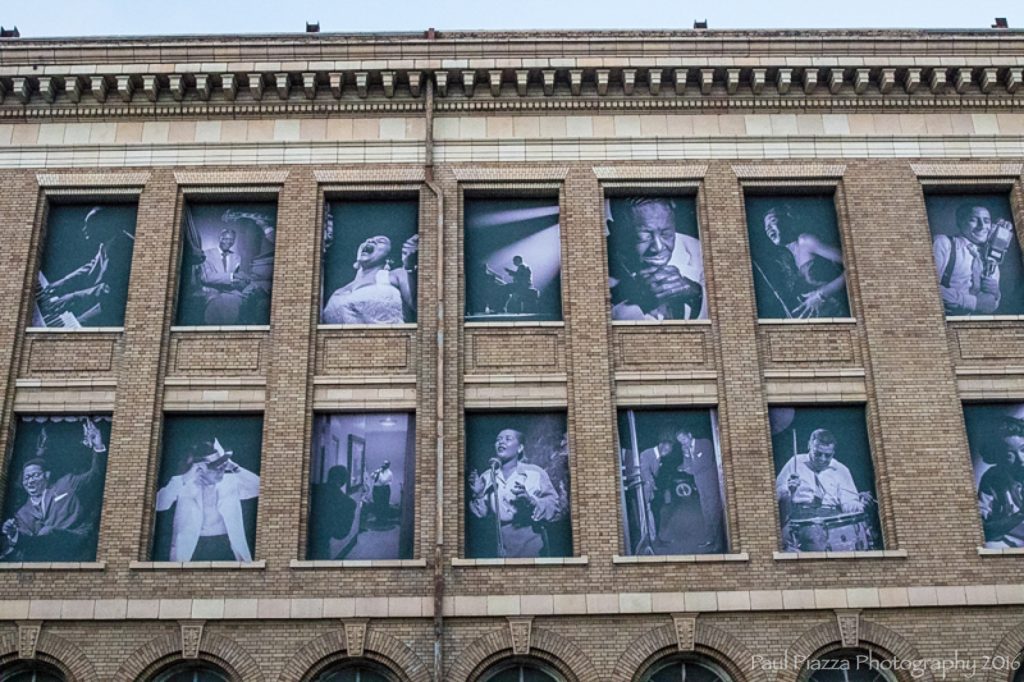 Gazing across the street from the Lab, one can see big, beautiful black and white portraits of jazz titans like Billie Holiday, Buddy Rich peering down towards the building. But those in attendance, mainly focused their gaze upon Henry, who played solo except for a few songs where he brought out the amazing Hungry Jax drummer Cleon Edwards. 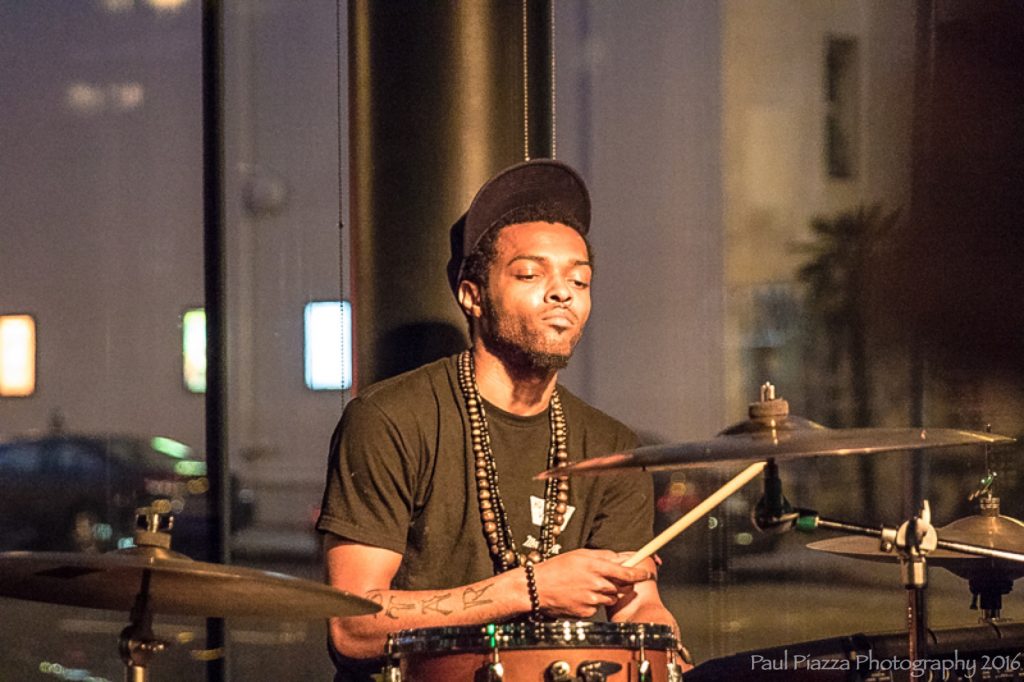 Henry first made a big splash with the instrumental wonder group Snarky Puppy, but has been going out on his own between tours since he released “First Steps” in 2014. On this night, he drew heavily from his recently released second record, “The Revival,” a live album which showcases his buoyant gospel influenced-funk, jazz, and R&B. 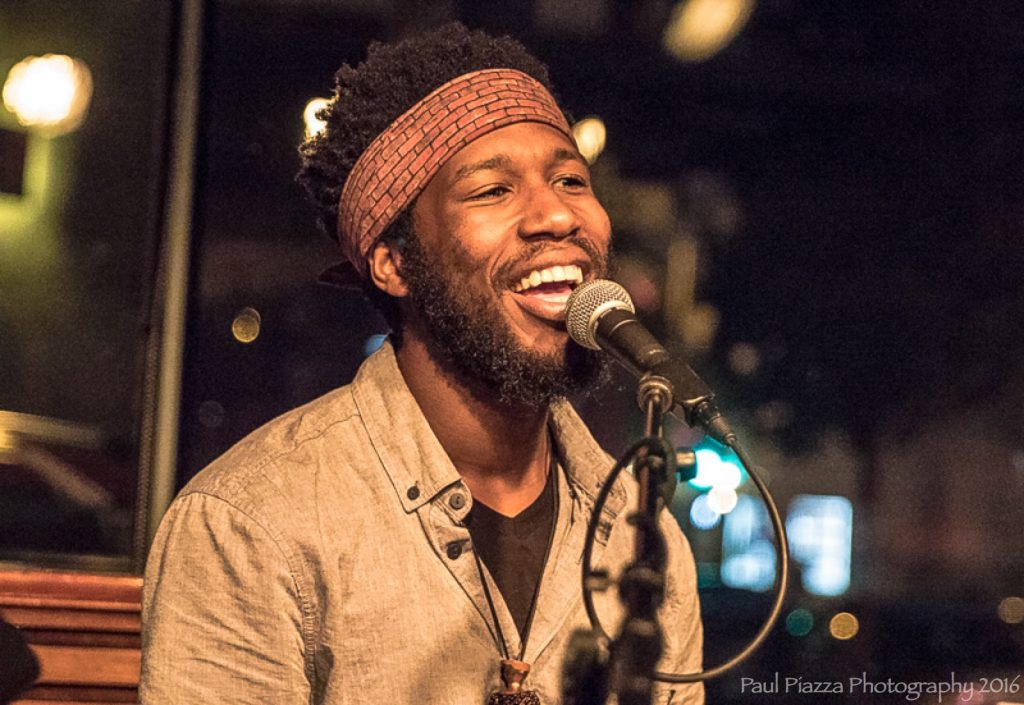 He began the night with the magical “Lord’s Prayer,” an awe-inspiring hymnal that swings from stunning quiet to bursts joy on the B-3. It has a thematic feel that intertwines with “Amazing Grace.”

Throughout the show, Henry engaged the crowd in the small room with his eyes, smile, and passion for his Hammond. He plays with an undeniable bounce in his rhythm, tweaking slight sonic adjustments as he goes. He lifts himself out of his seat to the cadence of the music. 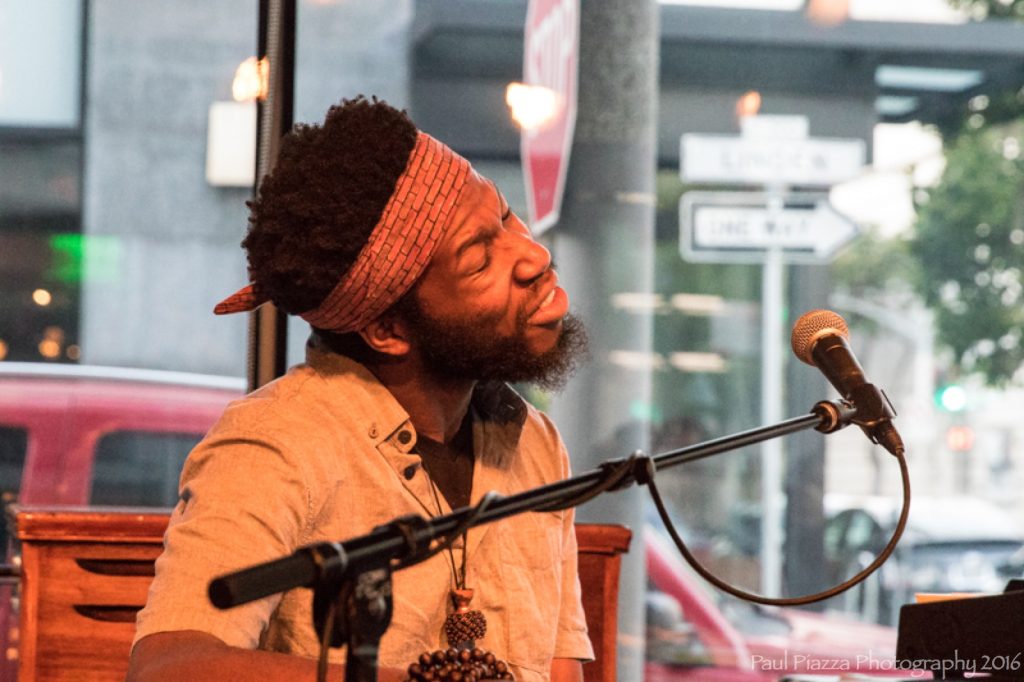 Towards the end of the 60 minute set, he played the undeniably infectious “NaaNaaNaa,” which, he reminded the crowd, is a very simple song to sing. People joined in as an affirming celebration of life took shape and pretty soon Henry had the whole glass-encased room singing along the joyous refrain which is simply the song’s title. “If you wanna feel better about life…just do this,” said Henry as everyone launched into the chorus again. 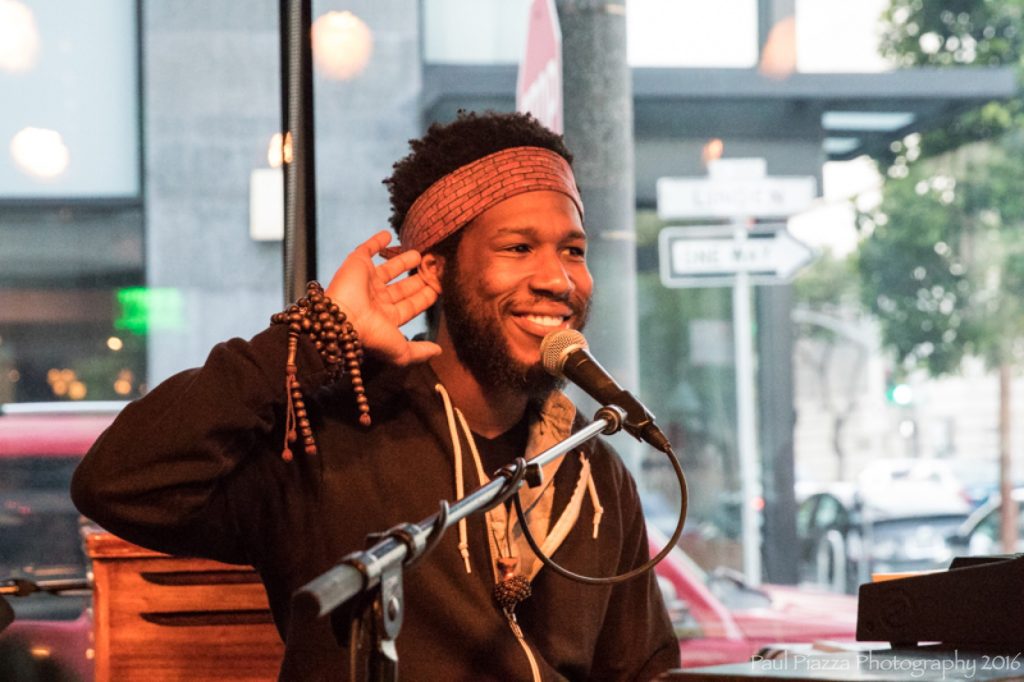 And after that song, the sensational performance by Henry came to an end. Patrons filed out as the the song echoed in their minds and one could easily spot those who carried that feeling down Franklin Street with an extra bounce to their step. 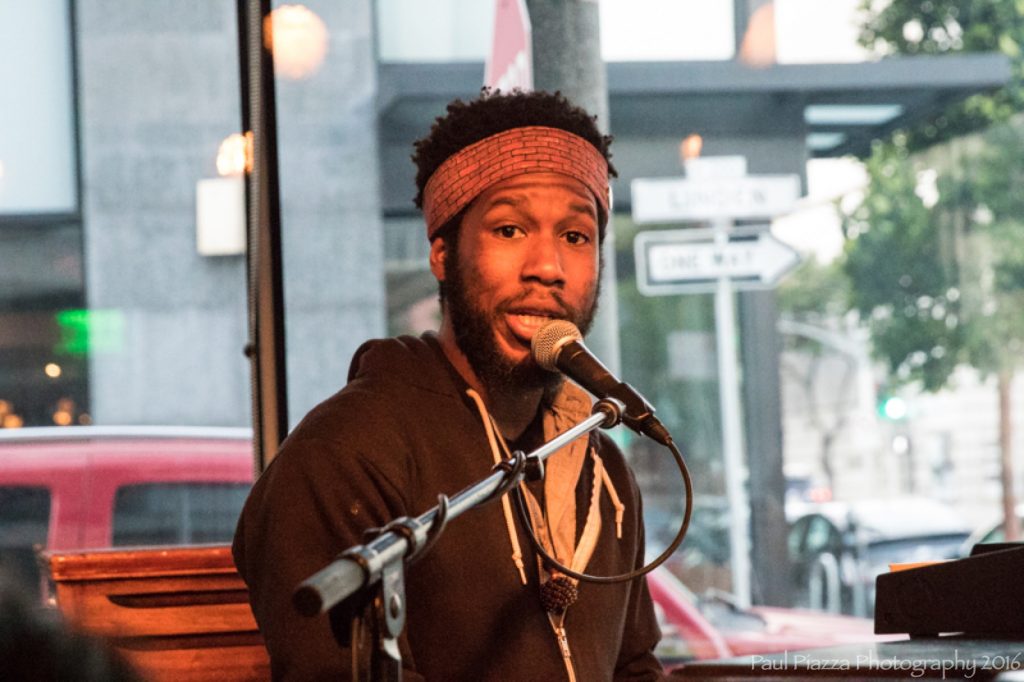 The next night, Henry played with a full band, perhaps a bit more funkified show, yet he still engaged the audience, exhorting them to move to the rhythm, sing, and clap their hands. His band was big – two drummers, two guitarists, a second keyboard player, a bass player, and three local backup singers. The sound was dense and rich and Henry was in a state of bliss through the whole show.