The Fillmore was reverently quiet as Conor Oberst and his fellow musicians took the stage. The warmth inside the shuffling mass of bodies was a stark and welcome contrast to the damp chill of the San Francisco Saturday night. 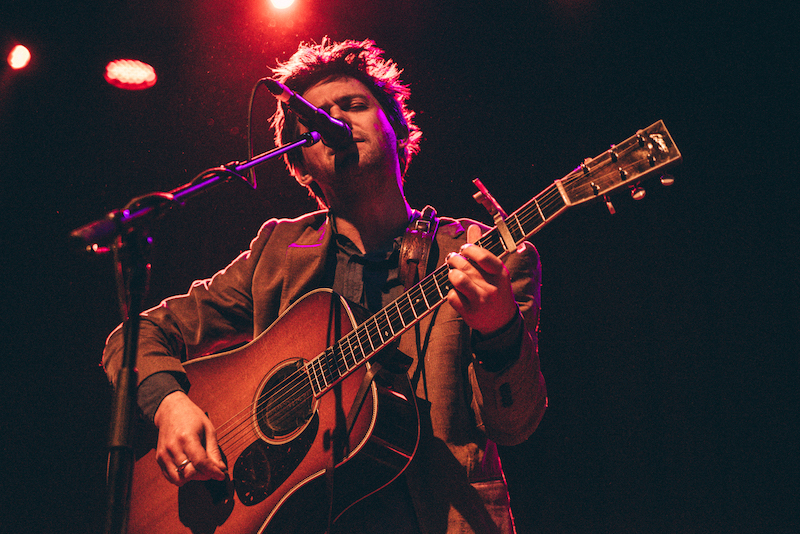 The twangs of final instrument tunings and hushed coughs from the crowd were the only sounds as the everyone waited for the music to begin, only sparingly interrupted with an urgent and slightly embarrassed ‘I love you, Conor!’ Taking a glance around at all the faces upturned toward the ghoulish lights of the stage, it’s easy to catch a recurring ‘look’ – mostly twenty-somethings, scattered with piercings, tattoos, and distressed clothing; the small shrug of shoulders and wander of eyes that speaks of an acute sense of purpose and at the same time a broader feeling of being lost. A group of misfits that never found their niche but were prideful in it. The most common accessory that even Oberst himself wore was indecisiveness, obvious from the withdrawn hunch of his shoulders, his tightly buttoned shirt and fitted corduroy blazer, and nervous chewing on the corner of his mouth as he fiddled with tuning his guitar. 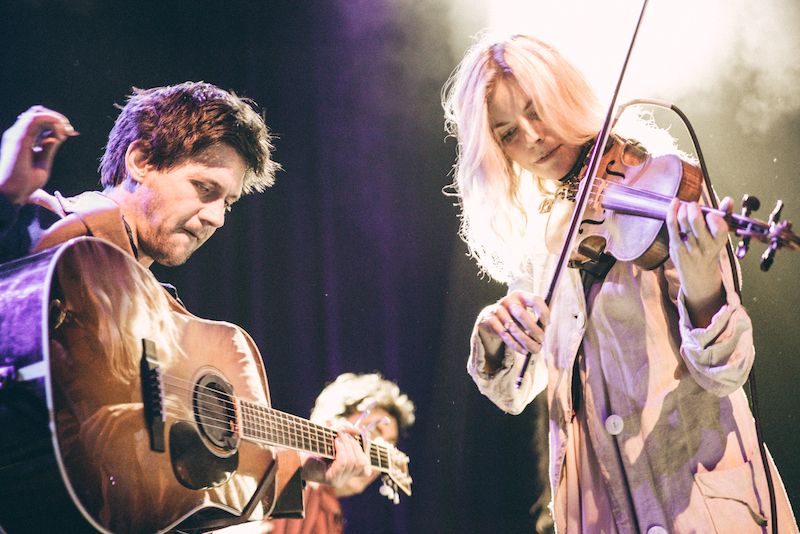 If there is such a thing as post-adolescent folk punk, Conor Oberst, in his many incarnations, is the Prince of it. Born in 1980 and having participated in his father’s band as a child with his first album ‘Water’ on a cassette at age 13, music is Oberst’s life. 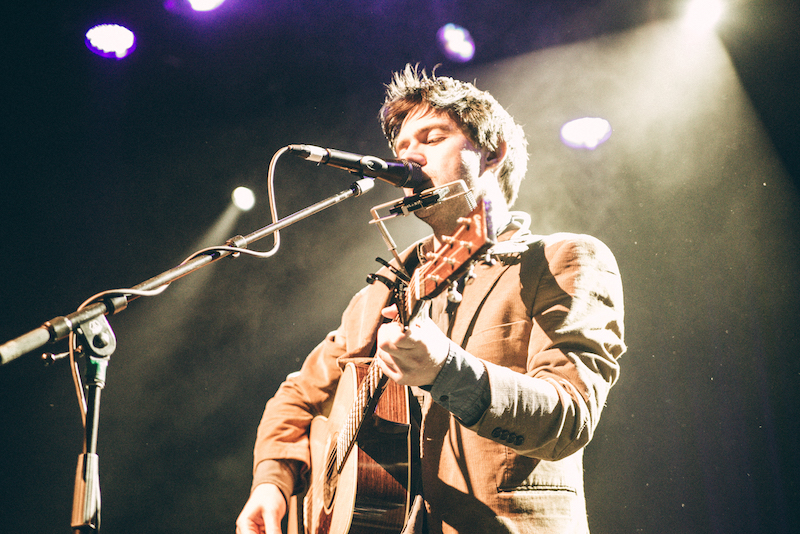 He prefers to focus on big ideas, on ‘bigger truths’; still there are undeniably parts of himself and his history embedded in what he writes. Looking at the impressive catalogue of music he’s got under his belt, it’s glaringly easy to understand why he draws the sort of crowd standing in the Fillmore. Clever, melodic choruses, an intricate melding of country, folk, bluegrass and rock, and quivering lyrics calling out to a nebulous sense of self and of purpose—he’s been the voice of generations of outsiders. 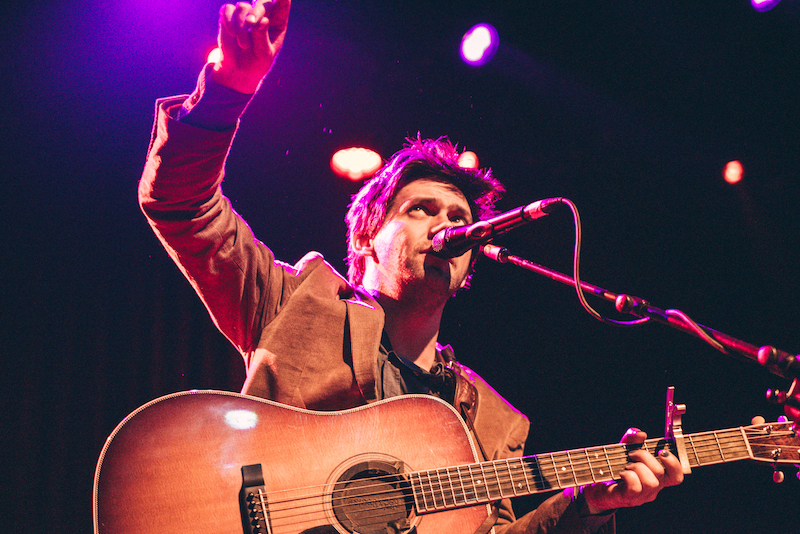 While playing songs that he has played hundreds, if not thousands of times before, it was curious to watch Oberst’s eyes flit from his microphone stand, to his feet, to the chandeliers hanging above the heads of the audience, to the inky blackness at the back of the venue. Everywhere but to the people eagerly singing along, joining his words in a jumbled, and slightly drunk, though enthusiastic chorus. For a man that has been performing music his entire life he seems almost frightened, truly only letting go of the tautness of his spine and his locked knees to stomp his feet and lean in to face off with his violinist in a shrill flurry of fingers and notes. As the night progresses and the crowd grows more raucous, the drinks flow more freely and the bluegrass makes itself even more heard, there may be the peak of a smile, or two. 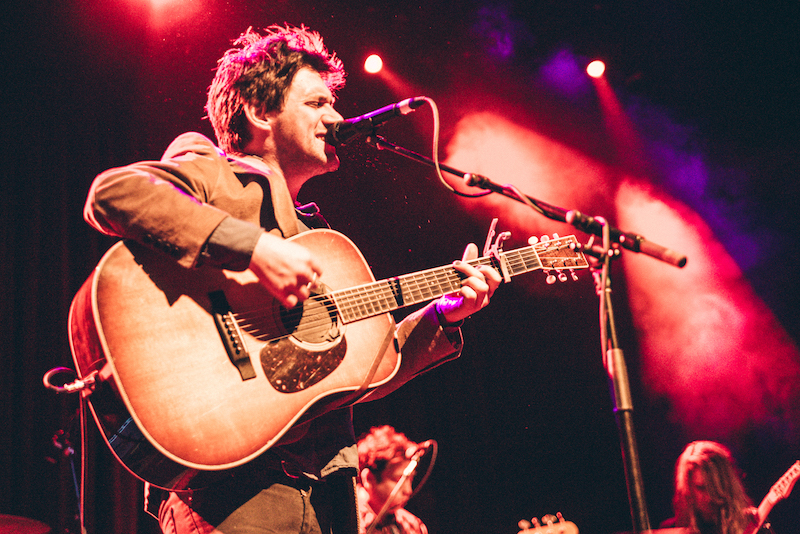 A man that clearly struggles with interacting with his fans and loyalists, he still puts on a damn good show. What first seemed to be nervousness channeled into an urgent performance that managed not to feel rushed but chest-constricting enthusiastic, and his apparent refusal to look at the crowd made moments of eye contact all the more poignant.

Eyes were misty, hands raised, lips trembling, shoulder shaking, and a gentle, comforting swaying embraced the crowd during the slower, soft arrangements. Oberst’s nostalgia was infectious; for childhood, for the confusing years of being in your early twenties, unsure of where you’re going and who you are; for the uncertainty of the future and the fear, and excitement, it brought. Sadness for the dreams you had yet never followed and bittersweet happiness for the dreams you achieved that always seemed untouchable. Oberst, unlike so few of his peers, has been able to succinctly capture the apparent restlessness and fickleness of the world that these past generations have been born into. Now more than ever people desperately try to cling to something beyond a nice house and a good career, and Conor Oberst’s persistent optimism while dealing with the blows that come along with growing up, leaving home, doggedly following your dreams, and falling in love, has proven that he is a master wordsmith, musician, and icon for a generation of others that find themselves lost and on the fringe of society. 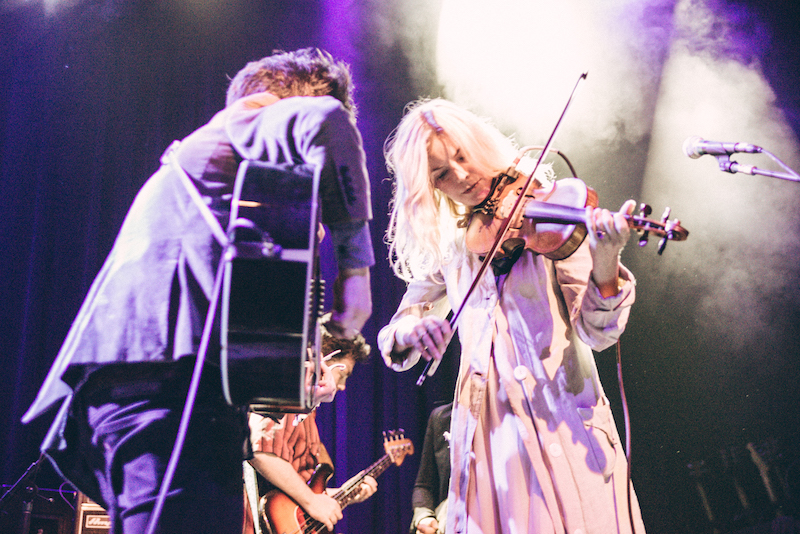 The show that night at the Fillmore was engaging; it was sarcasm ridden, littered with tearful millennials and reminiscing mothers and fathers that in the long ago 90’s and 2000’s slummed it as punks. People from all walks of life, in all different phases, all making their own meanings and finding their own reassurances from Oberst’s trembling words and frantic strumming. The Twenty First Century’s anthem is existential anguish, and Conor Oberst is the King of it.

Setlist: Time Forgot | Four Winds | Afterthought | We Are Nowhere and It’s Now | Hundreds of Ways | Next of Kin | Till St. Dymphna Kicks Us Out | Bowl of Oranges | You All Loved Him Once | Desert Island Questionnaire | Take it Easy (Love Nothing) | Say Please (Monsters of Folk cover) | Whole Lotta Losin’ (Monsters of Folk cover) | A Little Uncanny | Breezy | | Cape Canaveral | Train Under Water | Napalm

For more information about Conor Oberst, see his website.