Conor Oberst, prolific singer-songwriter known most prominently for heading Bright Eyes, brought his Salutations tour to The Fox Theater for an evening of the plaintive lyrics and expressive melodies for which he is known. Joining Oberst as backing band was The Felice Brothers, a folk group who added a delicious energy to Oberst’s arrangements. 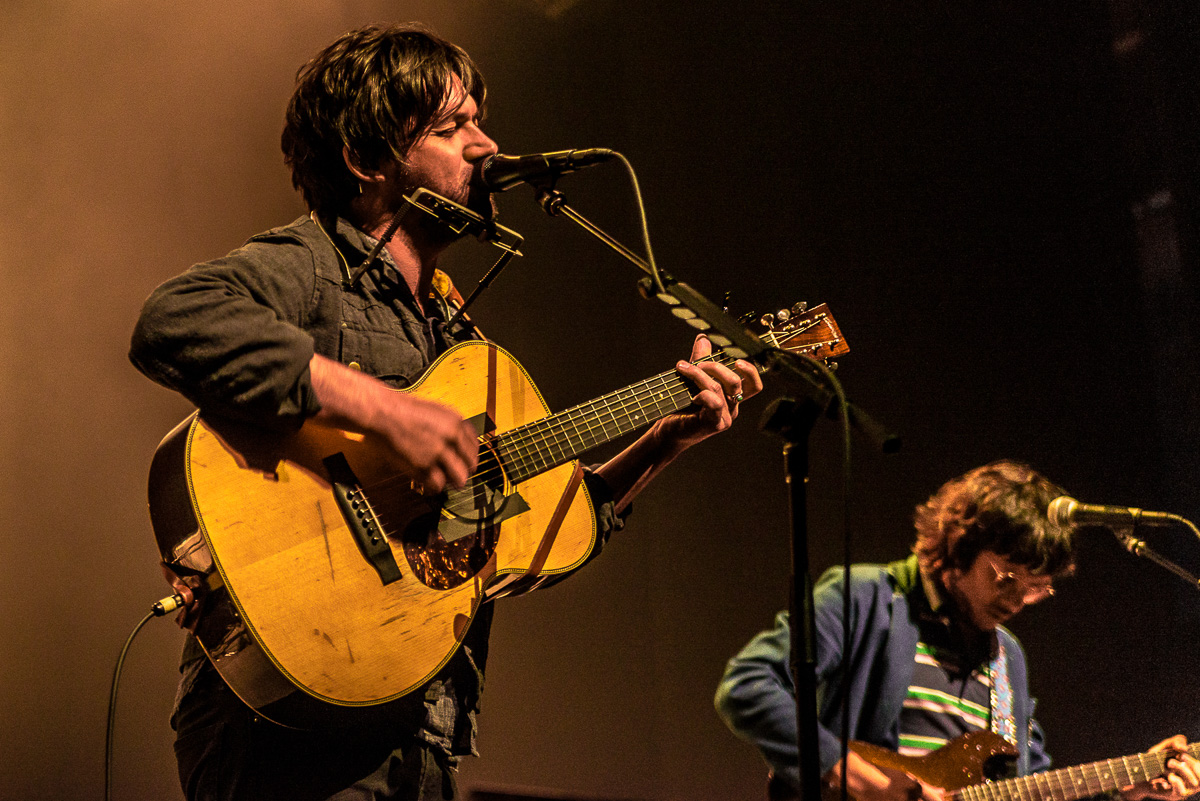 The Salutations tour production is nothing flashy. Lighting design was minimal and no accompanying graphics were projected onto the stage curtains. Oberst and his band entered the stage with little fanfare, resembling that one guy you knew in college who chain-smoked and read at open mic nights: slightly disheveled, with perpetually unkempt hair and unwashed jeans. And for this mournful Nebraskan songwriter, nothing flashy was the perfect fit. 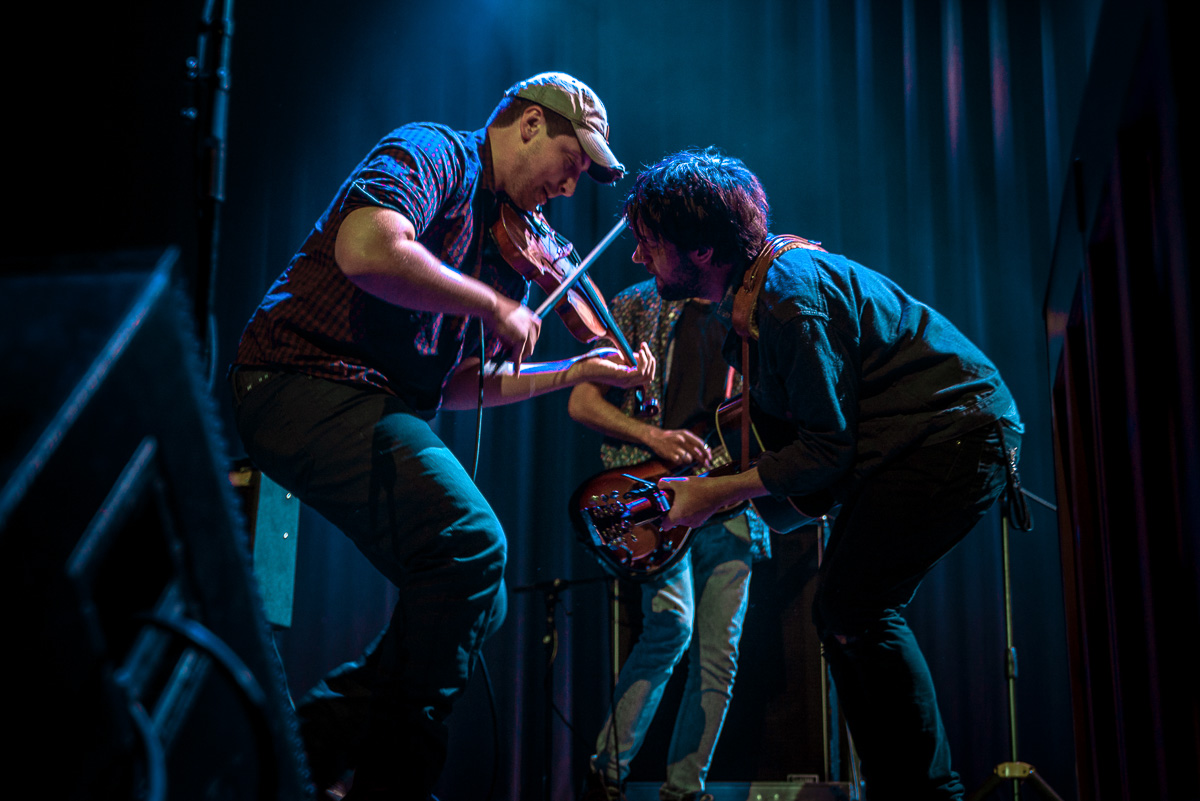 Opening the evening with little fanfare was “Afterthought,” a high-energy romp plunging the audience into Oberst’s animated melancholia. “Four Winds” and “Time Forgot” followed, both raucous indie songs that easily had the hipster Oakland crowd dancing in the pit. 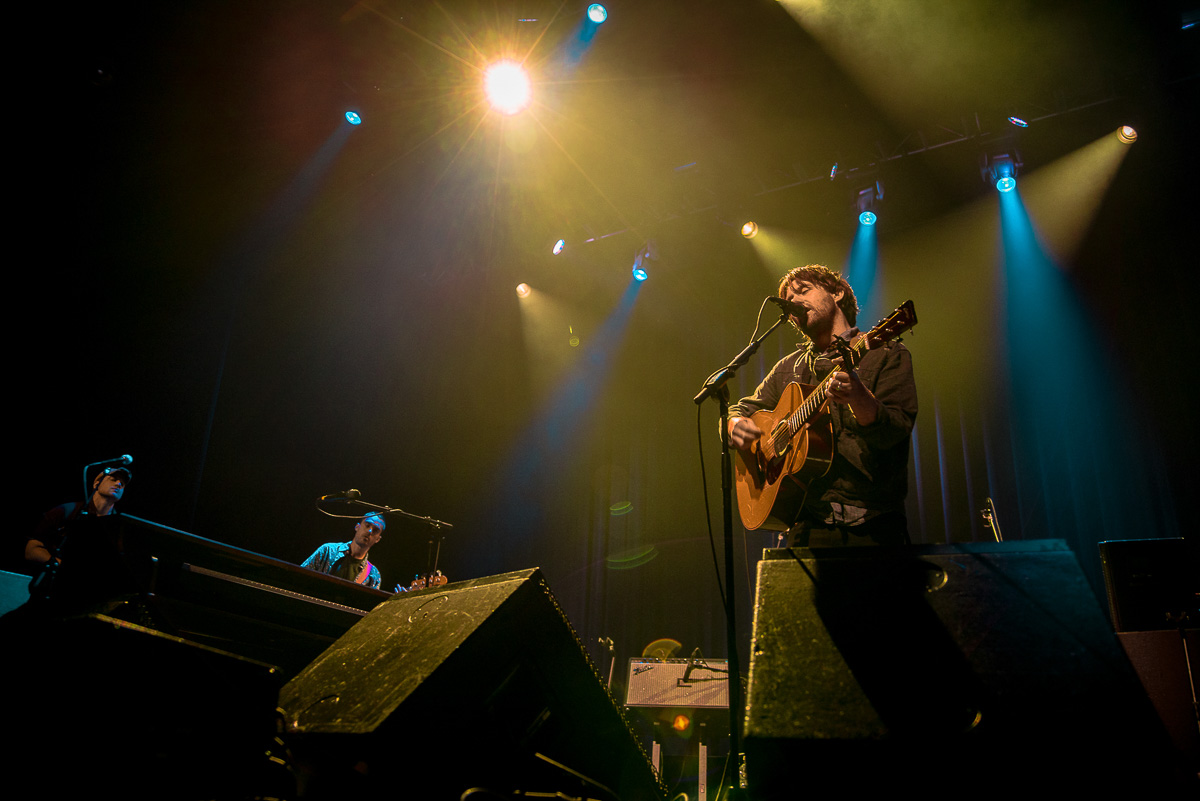 While known for his melancholic, angst-ridden compositions, Oberst propelled through the night with an upbeat, tongue in cheek banter with the audience. Introducing the plucky “Till St. Dymphna Kicks Us Out” as “my attempt at a Cheers theme song,” Oberst teased that his songs are all truly just attempts at sitcom openings. The angst-y “Eagle on a Pole” was “more of a [Law and Order] SVU soundtrack.” When asking his sound mixer to adjust the volume on headphones, Oberst told the audience to take advantage of the suggestion box at the mixing table because “I would like to know what Jacob is doing right and wrong. No job is safe.” In response, Jacob altered Oberst’s microphone volume and reverb to comically unbalanced levels. Such camaraderie and self-deprecating humor added a necessary levity to the night of often-anxious and sorrowful songs. 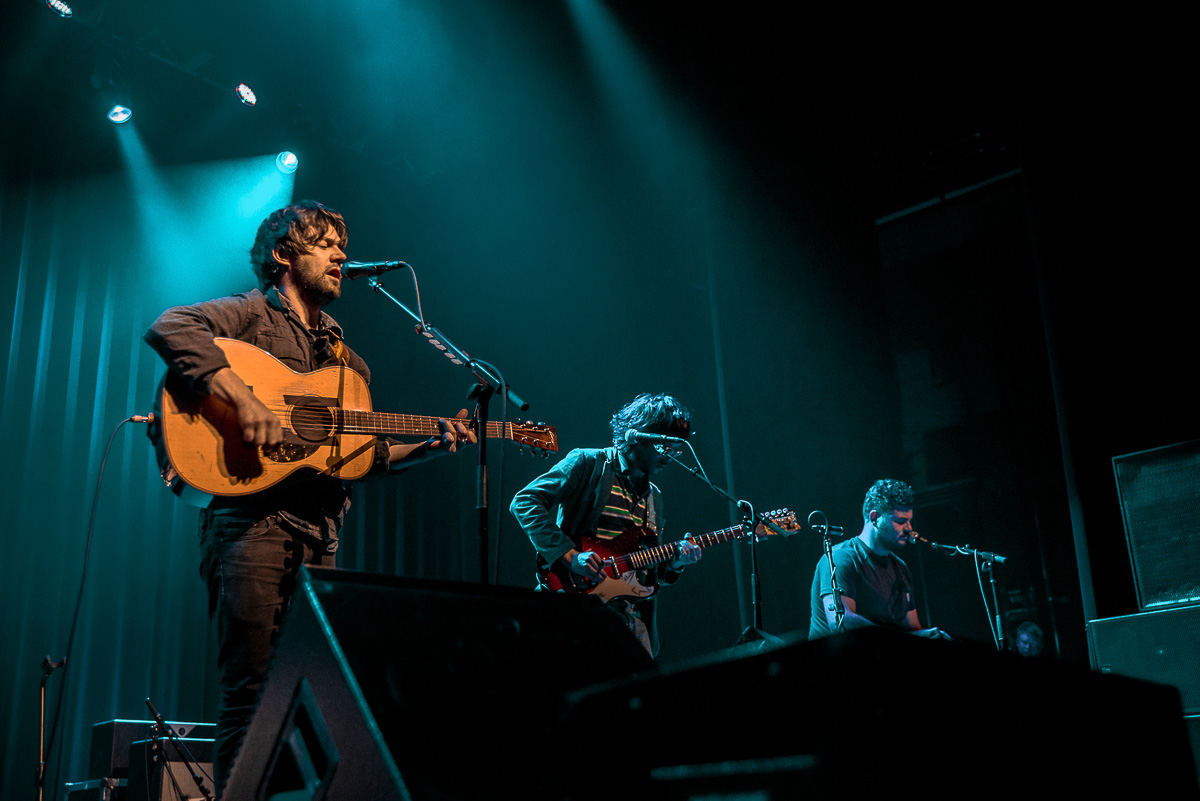 With the ballad “Barbary Coast (Later),” Oberst beautifully captured the emotional paralysis of twenty-something anxiety. The crowd, predominantly twenty-something professionals, connected with his performance and sang along from the start. The folksy, almost polka rendition of “Well Whiskey” brought the energy back up. Heavily syncopated and full of twanging guitar, the song brought a rare optimistic note (though still with lyrics like “that’s a secret, like the soul of whore,” because it is Conor Oberst, after all) to the set list. 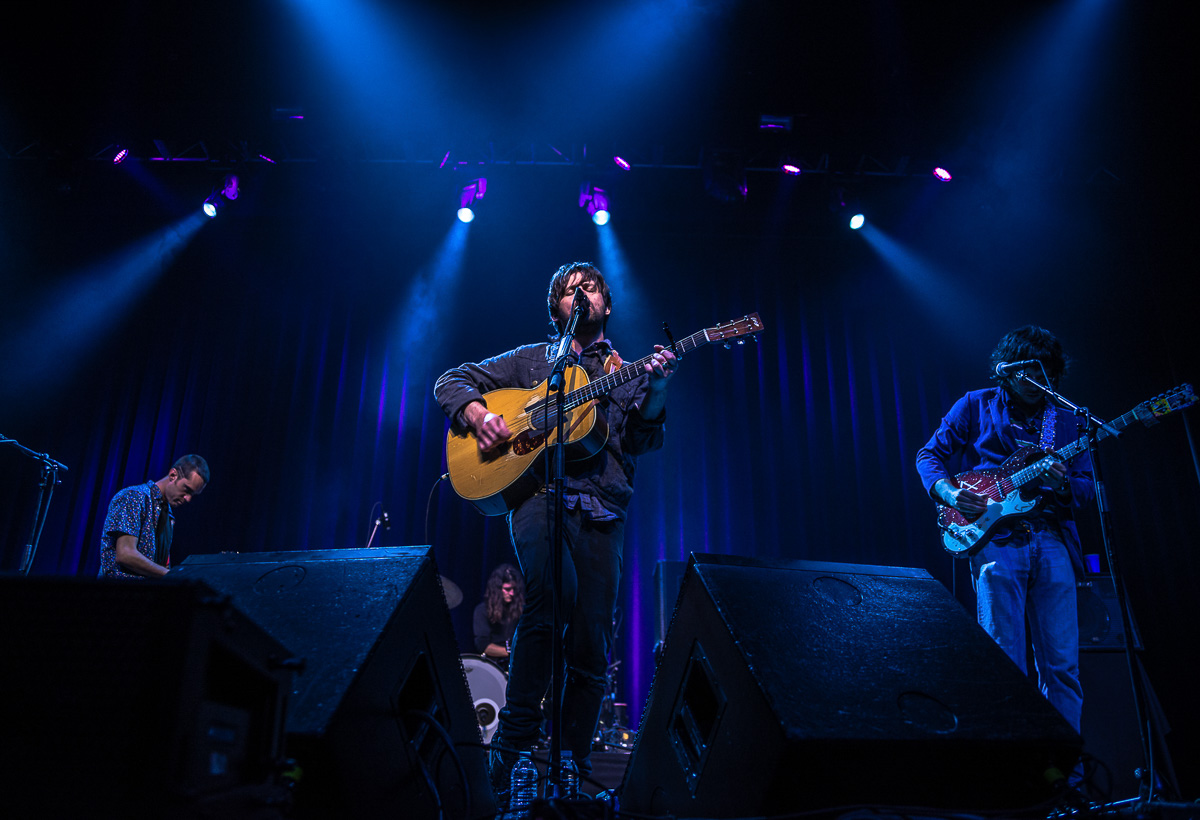 Ever the master of disguising depressive lyrics as upbeat, energized arrangements, Oberst displayed his keen ability to get the crowd dancing to sad songs with “Map of the World.” The heavily folksy song included a spirited guitar solo from a member of The Felice Brothers, while the syncopated rhythm drove the stomp-worthy song forward. 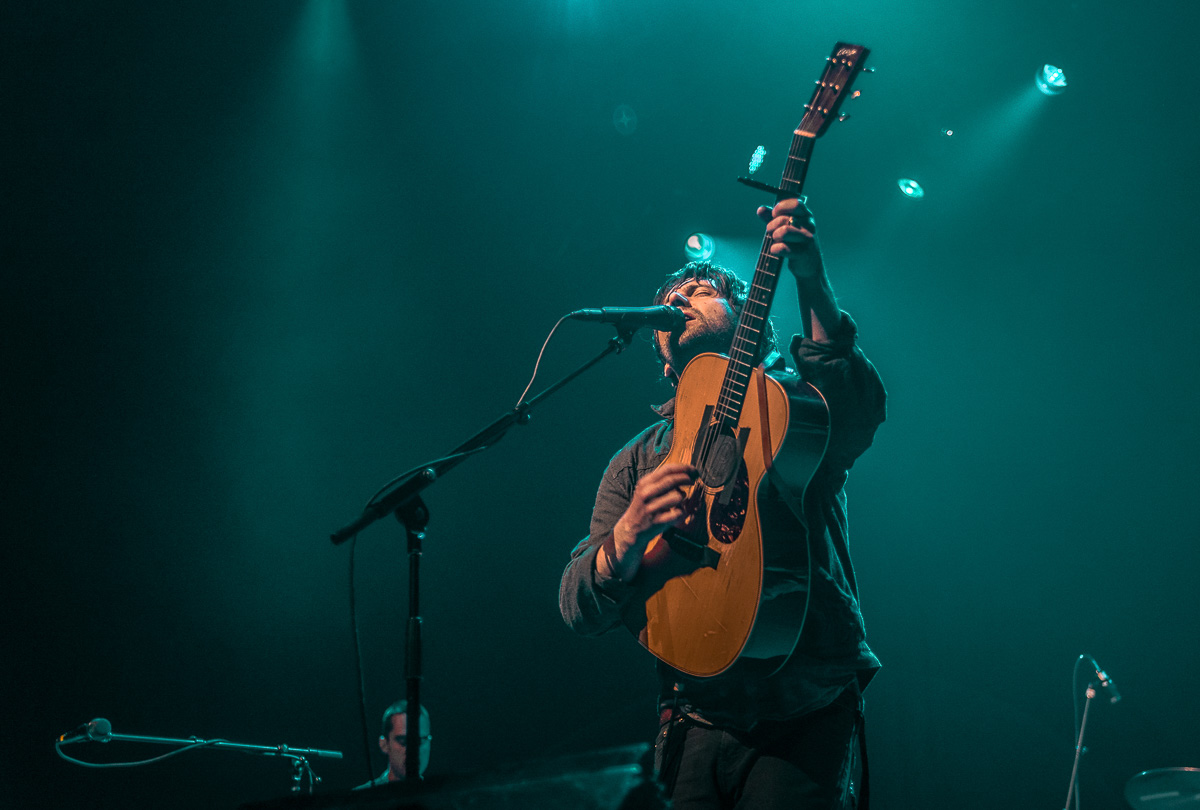 Phoebe Bridgers, the first opening act, rejoined Oberst for a duet of “Lua,” a rarely performed Bright Eyes’ track. Bridgers’s pure and polished soprano entwined with the gruff rawness of Oberst’s croon for a truly magical performance. The title track, “Salutations” brought Oberst back to the piano for another intensely emotional rendition. Oberst played the piano with a writhing intensity, as if it were an extension of his very soul. 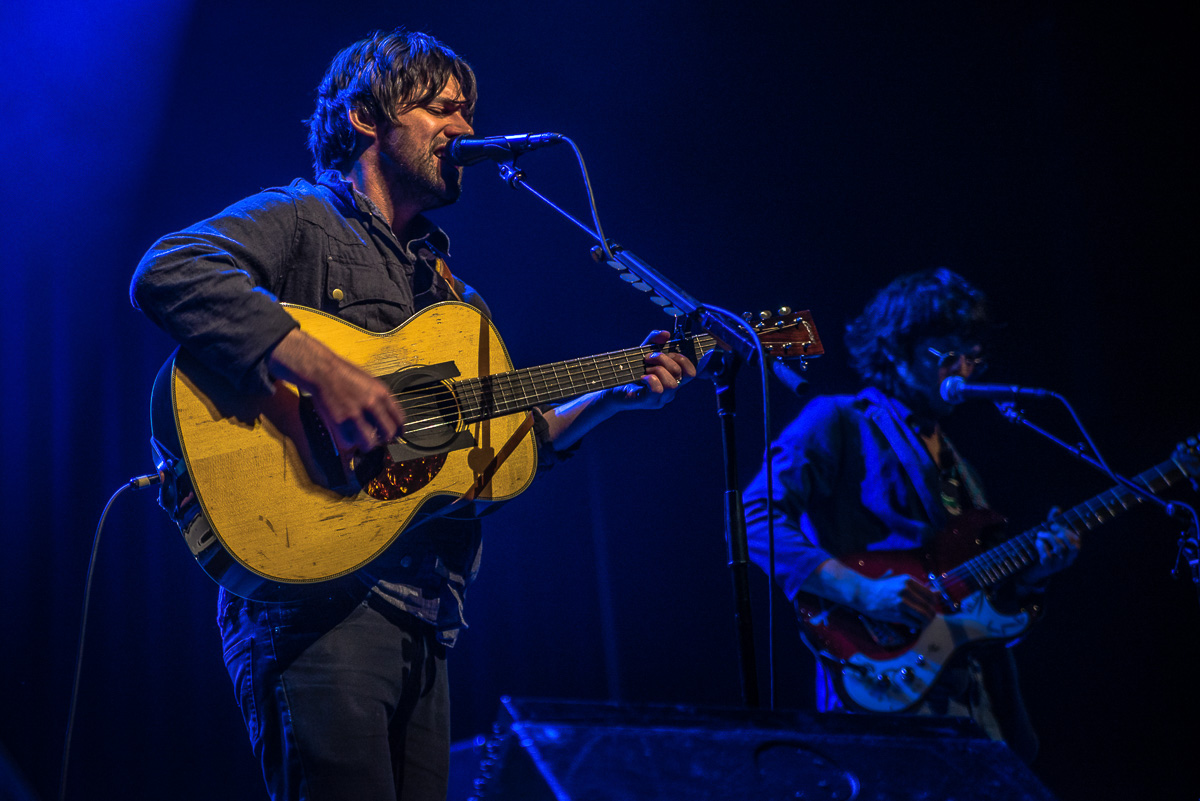 The encore began with Oberst treating the audience to an unreleased, unnamed song. With only Oberst and the piano, the explosive arrangement highlighted his ability to spill raw, emotional honesty into his writing and performance. Lyrics like “you’ve got to love yourself, that’s a trip. I’ve been hating myself since I was a little kid” capture the biting, unrelenting authenticity that has drawn so many to his music. Here Oberst let shine his uncanny talent of writing almost uncomfortably truthful narratives. His words hurt, and that’s exactly what makes them great. “Train Under Water” followed, a classically Oberst song, with a slow build from delicate verses into a raucous chorus. Despite his unassuming frame, Oberst appeared to have boundless energy as he continued to pour his entire being into his performance. Fan favorite “Napalm” closed out the evening. Wrapping together punk, folk, and rock influences, “Napalm” concluded the evening in undeniably Oberst fashion: bitingly sharp lyrics drawing the entire crowd into a boisterous, genre-defying sing-along.

Julien Baker was the night’s main opener. A solo indie act with an achingly sweet voice, Baker continually impressed the crowd with refined vocal control and poetic lyrics. The theater’s acoustics and reverb from the microphone allowed Baker’s voice to echo through the hall, the audience suspended in the melody. Allowing her normally delicate voice to belt during the final song had the crowd erupting in applause.

An undeniable highlight of the evening was the night’s first opener, Phoebe Bridgers. The fresh-faced indie songstress brought her own bittersweet melodies, a fitting complement to Oberst. Accompanied by a lanky guitar player introduced as “my friend Harrison,” Bridger’s set was heavily reminiscent of Deb Talan, with the hauntingly beautiful voice to match. The crowd, unusually enraptured for an opening set, seemed to recognize the promising talent that is Phoebe Bridgers.

For more information about Conor Oberst, check out his website.

Every you want to know about Phoebe Bridgers is here.