Con Brio played their biggest local headlining show to date when they got their name plastered on the big marquee at the U.C. Theatre in Berkeley recently. Prior to the gig, the San Francisco band had opened at the Fillmore and headlined many smaller Bay Area venues, but this one was a big step towards larger things. 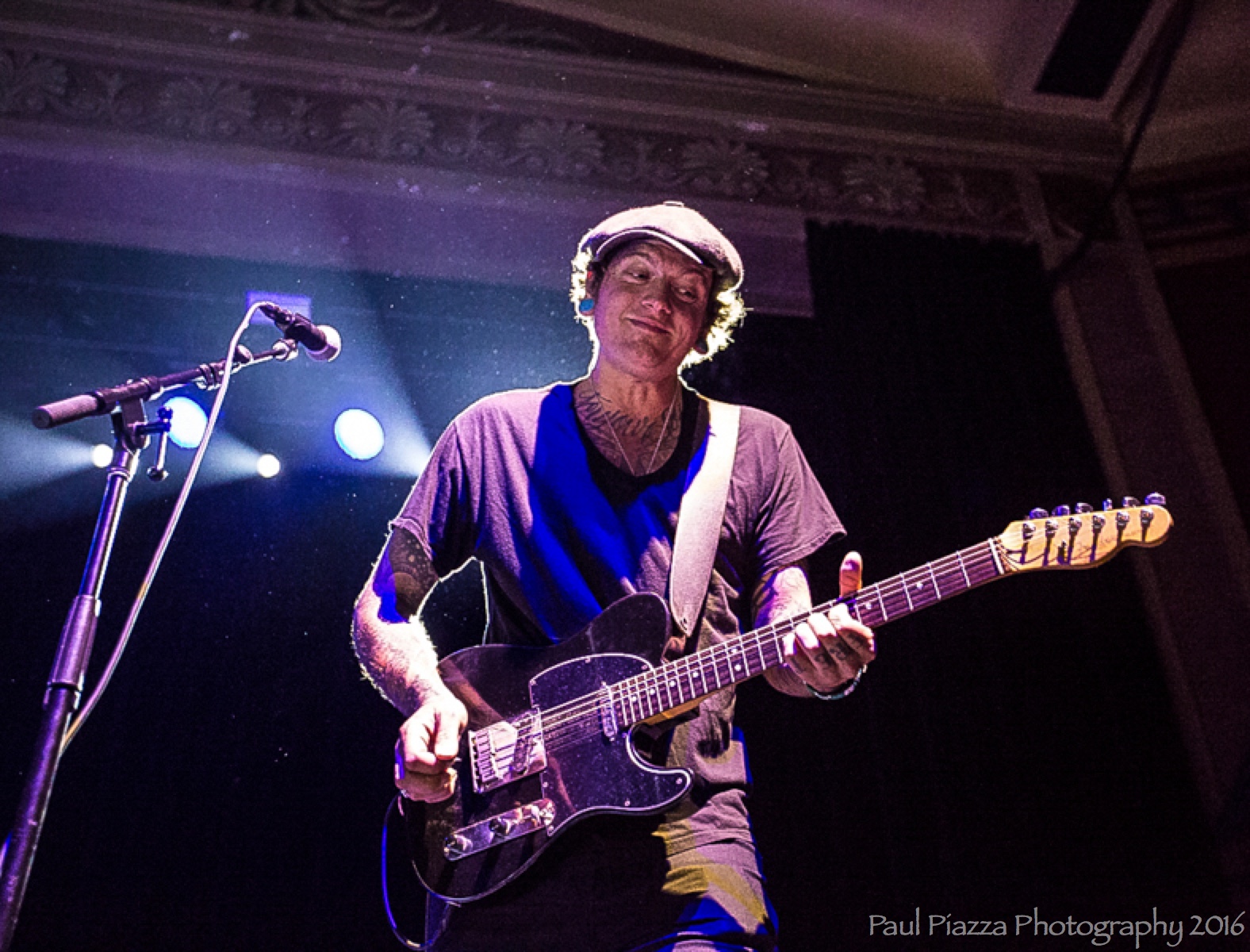 Of course, this all makes perfect sense since the band has been logging some serious travel miles to some pretty extraordinary gigs lately. This past summer they played Bonnaroo, Lollapalooza, and Fuji Rock in Japan. They were part of the 2016 Outside Lands lineup as well.

You could say Con Brio are on a roll. 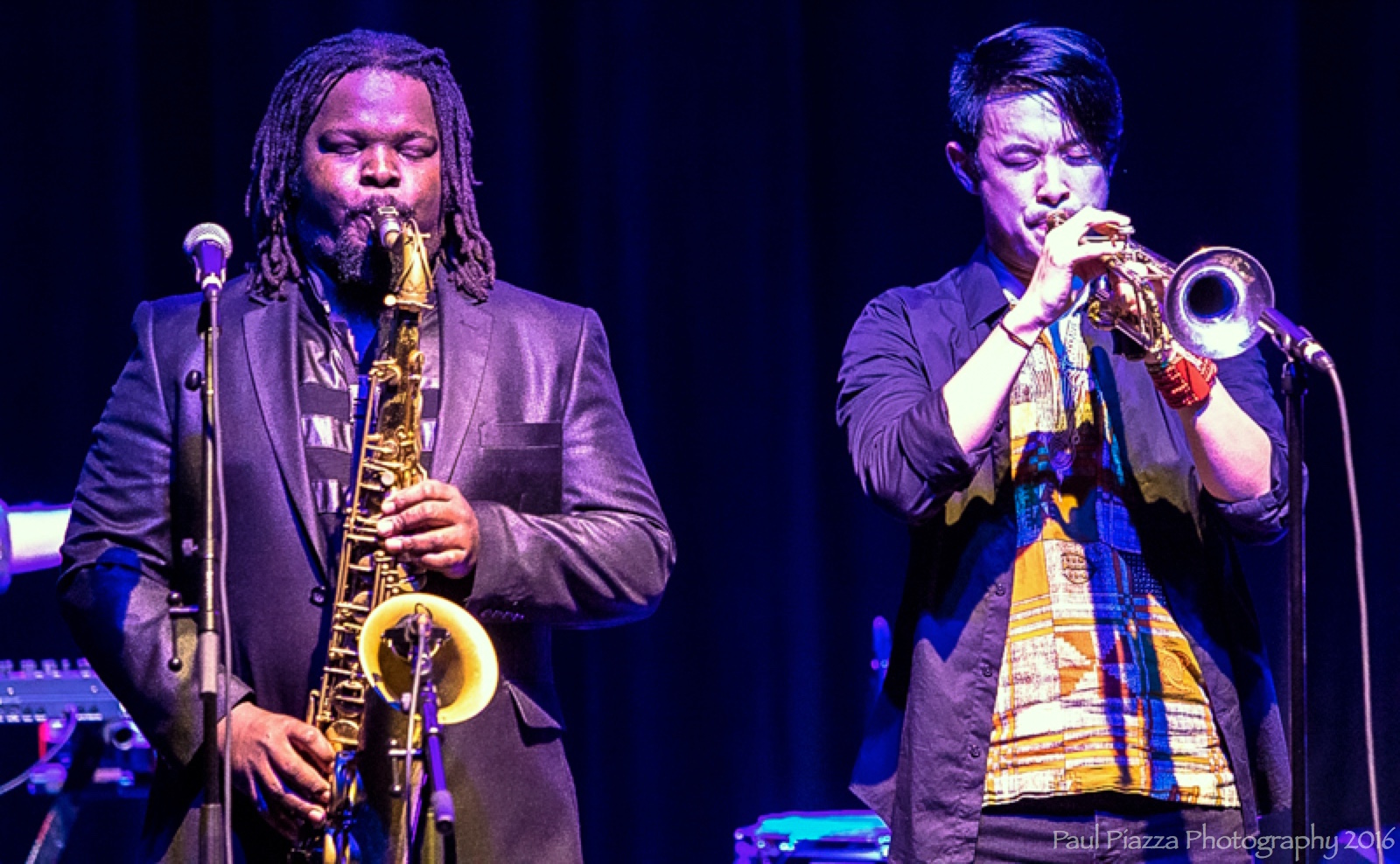 So the Berkeley show was a pretty huge event for the group since they hadn’t had a headlining showcase of this stature on their home turf before. And true to form, they came through with flying colors, shaking the big room on University Ave. with a passionate performance that showcased a wide array of super-tight funk and soul sounds as a group and the individual dynamics and talents that make them a unique act.

Taking the stage to the dramatic strains of the title cut from their new album Paradise the band played a set that was a heavy on the new, revisited their Kiss the Sun EP and introduced a new song called “Bonita.” The band delivered on the familiar, but also stretched their boundaries in an ear-pleasing way with a couple of creative arrangements during the performance. 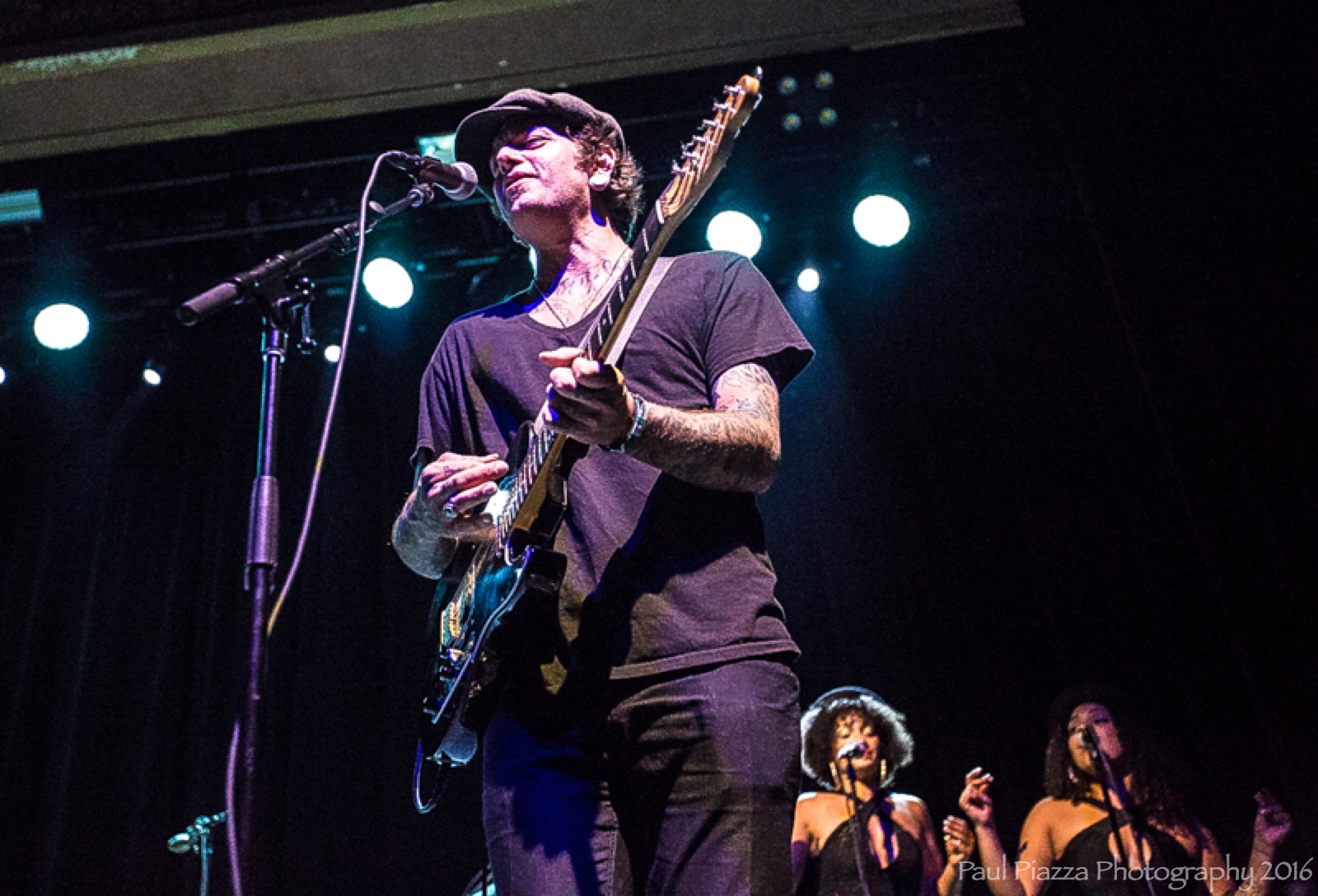 The first sign of this was the band hitting the stage with a pair backup singers, Lady Chi and Viveca Hawkins, who accompanied them on vocals for a half the show. This was an interesting change to the group’s vocal dynamics.

Later in the set, Enrique Padilla from the great funk/soul/hip-hop/DJ collaboration Smoked Out Soul joined the jam on conga and tamba and that’s when the groove got perceptibly deeper. McCarter, acknowledging the late great Fela Kuti, led the band as they jumped into a percussion driven syncopation that showed an entirely new evolution in the band’s sound. Deep grooves all around.

During the show, Con Brio showcased the exceptional solo chops of saxophonist Marcus Stephens and guitarist Andrew Benjamin Andrews at different times. The band’s other members, Jonathan Kirchner (bass), Brendan Liu-(trumpet), Andrew Laubacher (drums), and Patrick Glynn (keyboards), are all solid players. They come from a variety of musical backgrounds and the cumulative effect of their talents is one of the things that makes this band special. 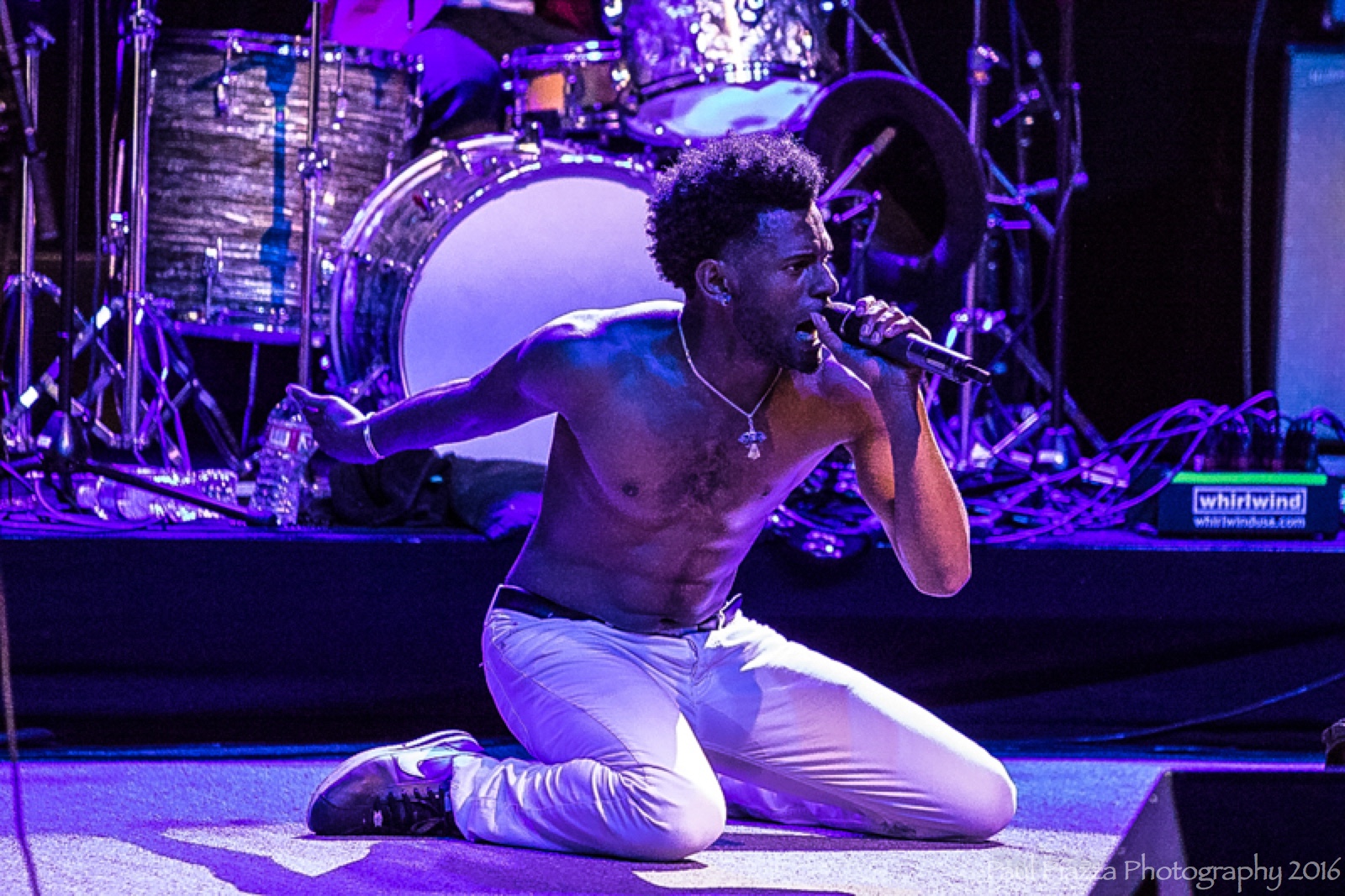 Of course, no Con Brio show would be complete without mentioning the sheer athleticism and power of McCarter’s dance skills. McCarter is a great vocalist with an impressive range, but his moves are something to behold. The lithe McCarter whipped high on kicks, launched into gravity defying jumps, came launching out of a round-off and did James Brown-worthy splits during the set, all to the crowd’s delight. To cap things off, he even did a couple of backflips at the very end of the show. 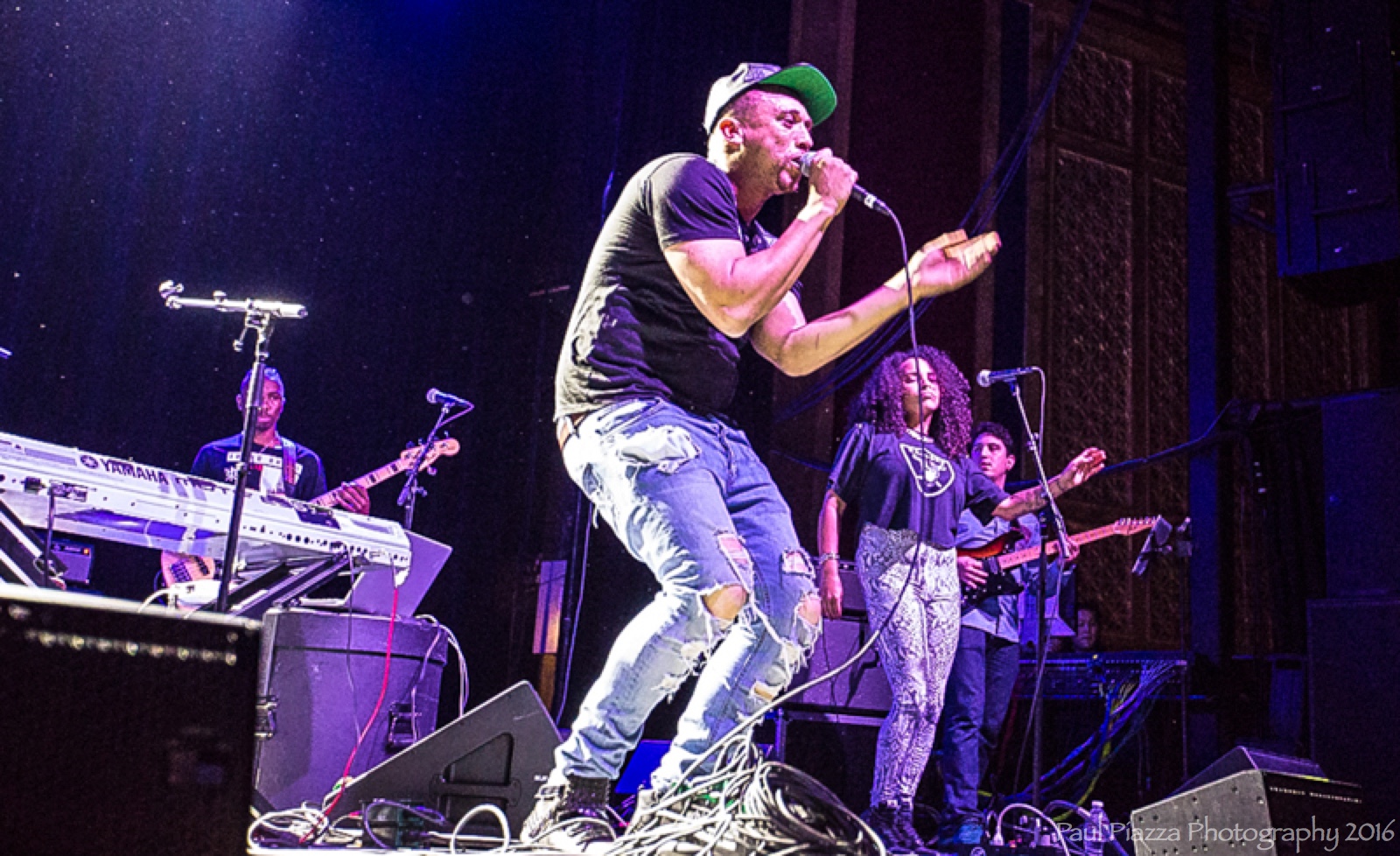 Two great local acts opened the show. Kev Choice, who has played with the likes of Spearhead, Too Short, and Lauryn Hill, played a solid set of conscious jazz-influenced funk and hip hop while funk upstarts Kuckaw opened the show.

After a string of upcoming regional and a few out of state gigs, Con Brio head out to Japan again and then northern Europe before returning home to close out the year with a double-header at The Chapel, where they played a pair of end of the year shows last year.

It’s a good bet that in 2017 they’ll be on the marquee at an even larger Bay Area venue or two.

For more information on Con Brio, check out their website.