Con Brio, one of San Francisco’s local favorites, played a blistering two hours at The Fillmore on a Saturday night. Fully loaded as an eleven-piece ensemble for this show, they delivered a nonstop trademark show that highlighted brilliant dance moves and vocals from front man Ziek McCarter along with tight, solid and flawless backing from the band. 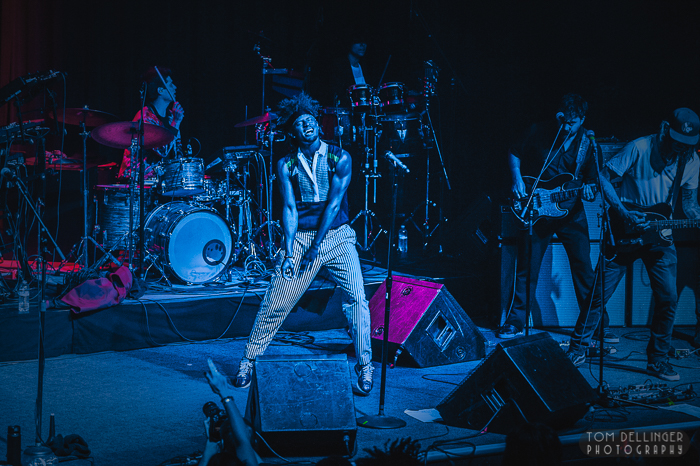 A Con Brio show is something one experiences as it is a stated mission of theirs to elevate their audiences. Ziek McCarter’s abilities as both dancer and vocalist cannot be understated as he is always in a state of movement as he routinely hits physically astounding moves as well as a deep repertoire drawn from the likes of Michael Jackson, James Brown and many more. And if one isn’t swept up in his physicality, there’s also his vocals that also seem to know no bounds. 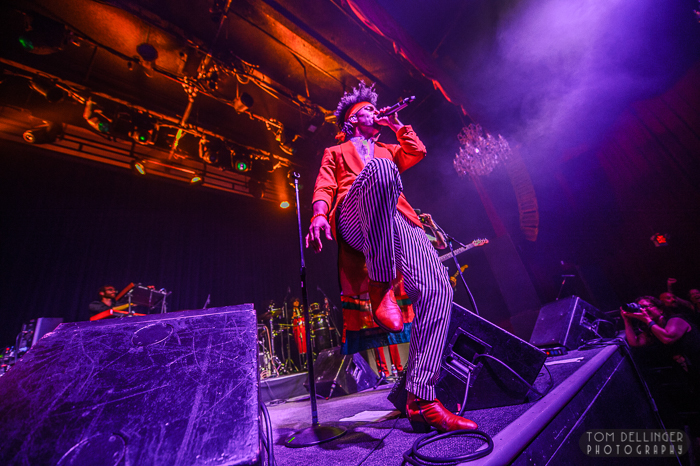 A band that’s only been together since 2013, the performance was a clear demonstration of all they put into their art that continues to take them to new heights. Recent years have seen them touring extensively as they’ve played to increasingly larger audiences with more scheduled for later this year. It was a packed house that turned out for them and all were rewarded as from the opening note to the last they did indeed play with brio.

Opening for Con Brio were Dirty Revival and Royal Jelly Jive. Portland based Dirty Revival proved to be a pleasant surprise as they reached the crowd with whom they enjoyed an engaging rapport. A set that moved through soul, funk and R&B, the stunning vocals from Sarah Clarke repeatedly struck a positive nerve with the house.

No stranger to the bay area music scene, Royal Jelly Jive also brought their unique sound to fill out the night. With elements from rock, soul, swing and more, they concocted a winning brew that moved the crowd repeatedly. Lead vocalist, Lauren Bjelde was powerful, energetic and intoxicating as she led the band through both new and old material from the RJJ catalog. And, as is typical at one of their shows, they had the crowd with them from the start.

Check out this slide show with more photos of all three bands by Tom Dellinger:

Learn everything about Royal Jelly Jive on their website.