Few bands in the rock world have developed such a devoted following as Coheed & Cambria, and that was evident from the opening notes of their first song at the Greek Theater on Thursday night. The group is currently preparing to release a new album this fall, and they opened the night with a blistering version of the lead single from the upcoming record, the ferocious “The Dark Sentencer.” While the song has only been out for a few weeks, that did not stop the crowd from singing along to every lyric, not an easy task for a long that lasts nearly ten minutes. The track was packed full of high-flying vocals from Claudio Sanchez and plenty of tasty guitar solos from Travis Stever. Armed with a new stage setup that contained all sorts of crazy lights and effects, you could tell from the very beginning that Coheed was ready to wow the audience. The band was just getting started though, as they immediately tore into the anthemic stomp of “Here We Are Juggernaut,” a song that relied on a snappy drum groove from Josh Eppard and some impressive basslines from Josh Cooper. 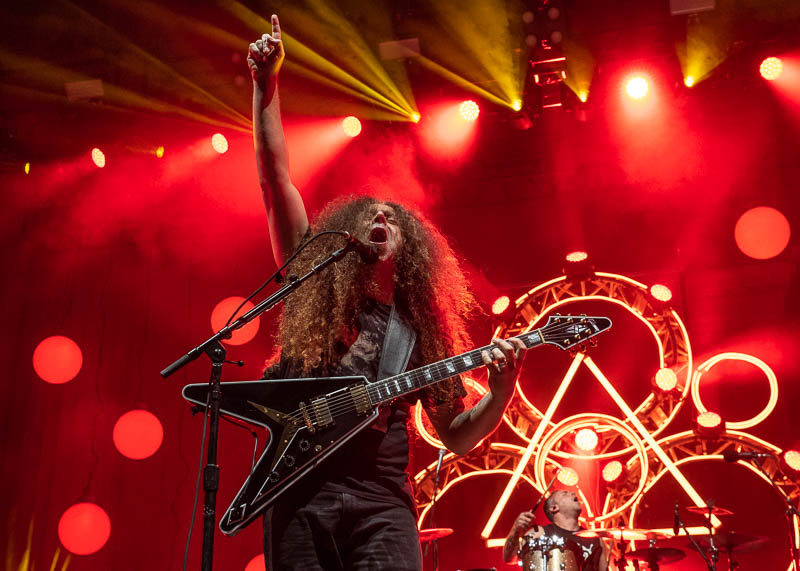 While Coheed songs are rarely simple or straightforward, the songs are still immediately memorable and catchy, making it quite easy to sing along to each one. Next up was a stunning rendition of an old fan-favorite “Devil in Jersey City,” a scorching blend of crunchy guitar riffs and fierce drums. Again, Coheed know how to write an epic song or two, and this was particularly evident on the next song as they rolled through the towering “In Keeping Secrets of Silent Earth: 3.” The song began with a quiet bit of clean guitar riffage from Sanchez and Stever before the distortion got turned up and the band started firing at full-blast. 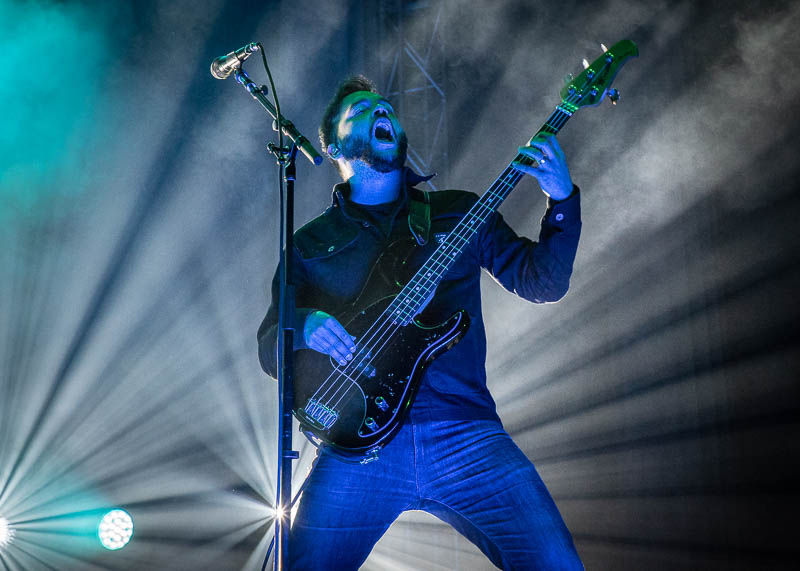 It was around this time that someone in the audience began tossing out glowsticks, throwing handful after handful around the GA pit. By the time the band had started their next song, the audience had started to pelt the stage with the glowsticks, prompting Sanchez to pick one up mid-song and put it in his back pocket. Towards the end of “Blood Red Summer,” Sanchez actually began to play his guitar with the glowstick, which only seemed to get the audience more excited as they continued to throw glowsticks on stage. 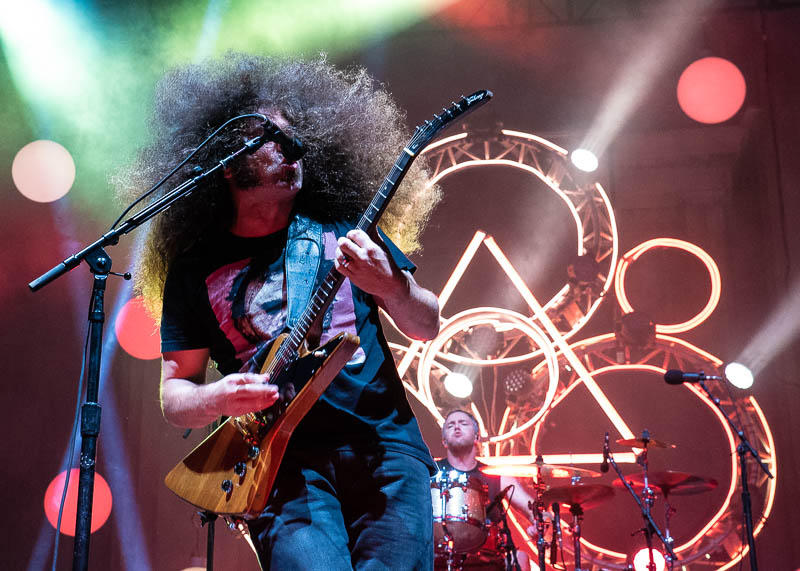 Like a well-oiled machine, the band just rolled through song after song, with Sanchez taking a few moments near the end of the set to thank the audience for their continued support over the years. In a surprising turn of events, a guitar tech took up guitar duties for Sanchez as the band ripped through another new song, “Unheavenly Creatures.” This allowed Sanchez to take to the front of the stage and get the crowd going. 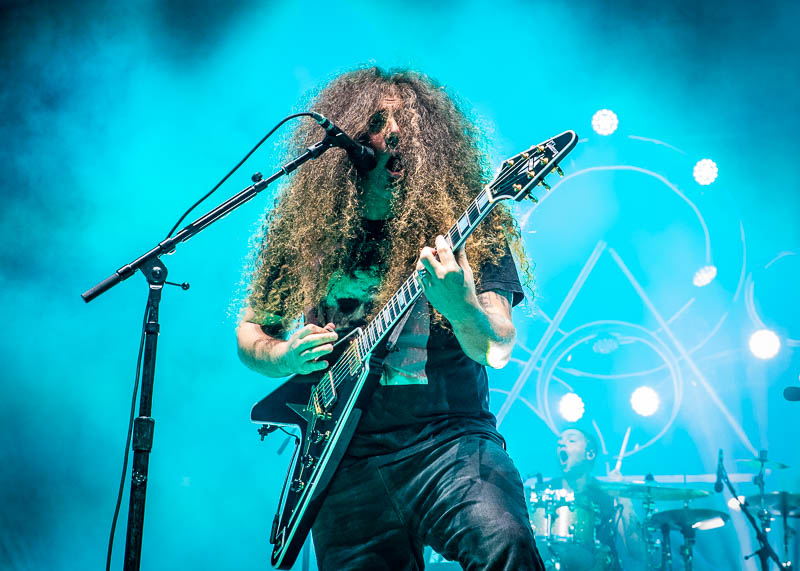 In traditional fashion, Coheed closed out the evening with a scorching version of their most well-known song, “Welcome Home.” The track began with its trademark guitar intro before the band exploded into a full-throated roar once the vocals started. Between slamming drums, grooving bass, and an epic guitar solo duel between Sanchez and Stever, the song was the perfect way to cap off the night. 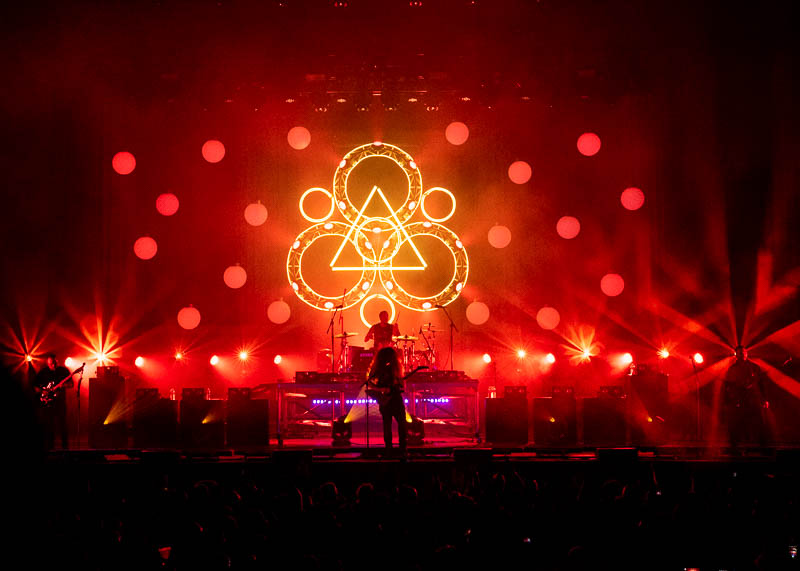 Coheed & Cambria remain one of the most electrifying live bands in the rock world, and Thursday night was proof that they are still at the top of their game. 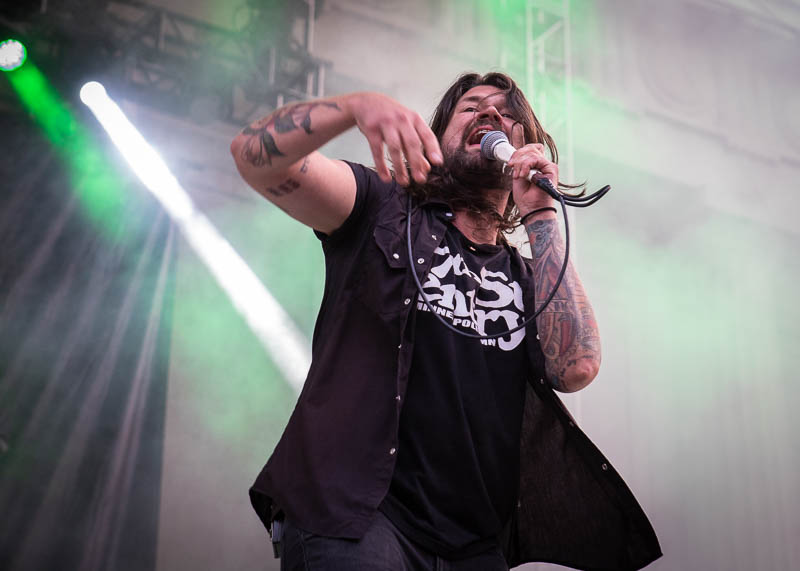 Taking Back Sunday opened the evening with a high-energy set that culled tracks from their entire discography. The band stormed onto the stage to tear through the first song of the night, the swaggering “What’s It Feel Like to Be a Ghost.” Anchored by a slamming drum beat from Mark O’Connell, the song blended gritty guitar riffs, twisted vocal lines, and plenty of upbeat melodic singing from Adam Lazzara. 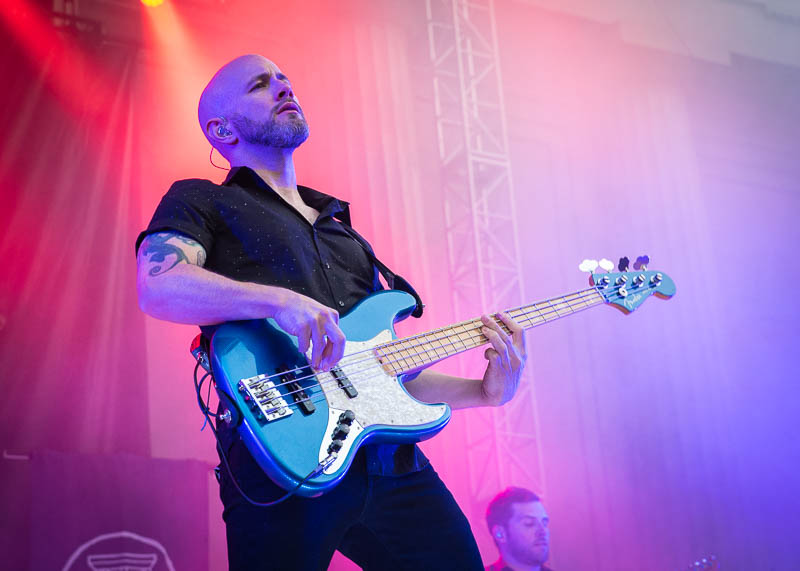 A few songs later, Taking Back Sunday rolled out one of their most well-known songs in the form of the rolling “Liar (It Takes One to Know One).” The song began with a snappy guitar riff from John Nolan before cranking up the distortion and taking full flight into another anthemic rocker. What makes Taking Back Sunday such a captivating band is their ability to slowly build up the tension in a song, taking the audience to some incredible high points. This was the case a few songs later as the band played one of their most enduring anthems, “A Decade Under the Influence.” The song began with a bright guitar line only to explode into a furious chorus where Lazzara and Nolan traded off vocal duties as the crowd sang along at full-blast. 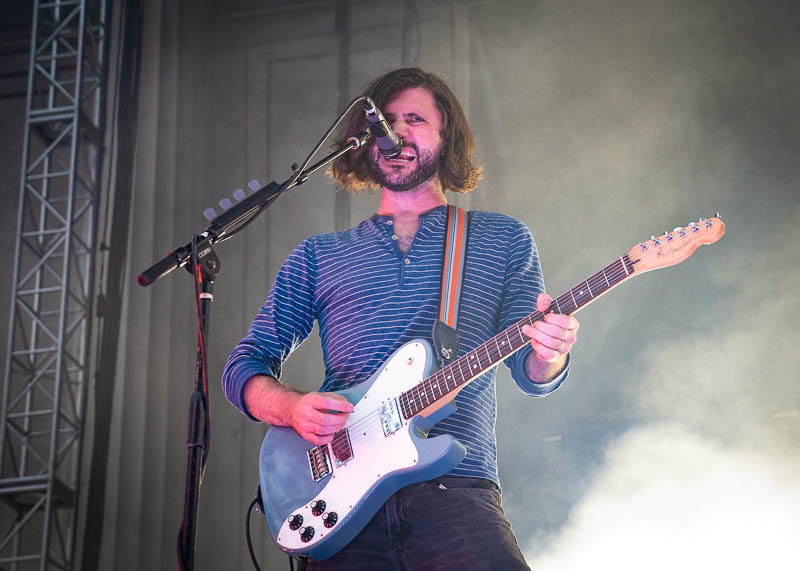 Taking Back Sunday spent the rest of their set ripping through new and old songs, with Lazzara working the crowd in between songs and swinging his microphone around wildly. Finally, the band closed out the set with a rousing performance of the old favorite “MakeDamnSure,” a ferocious blend of winding emo guitar lines and soaring vocals. Like many great Taking Back Sunday songs, the track kept the intensity in check during the verses only to explode into a wild chorus. It was a fitting way to close out a powerful and gripping set of songs that showed that Taking Back Sunday are still one of the most vital live bands in the rock world.

Here’s a slideshow with more photos of Taking Back Sunday and Coheed & Cambria by Pollen Heath:

Find out more about Coheed & Cambria on their website.

What’s It Feel Like to Be a Ghost? | Error: Operator | You Can’t Look Back | Timberwolves at New Jersey | Liar (It Takes One to Know One) | Faith (When I Let You Down) | Death Wolf | A Decade Under the Influence | Flicker, Fade | Beat Up Car | Set Phasers to Stun | Call Come Running | You’re So Last Summer | My Blue Heaven | Cute Without the ‘E’ (Cut from the Team) | Tidal Wave | MakeDamnSure

Get more info on Taking Back Sunday here.