Rock band Coheed and Cambria came to The Fox Theater on a Friday night on another one of their acclaimed Neverender tours, wherein the band plays one of their seminal early albums in its entirety. This time around it was a performance of their third release, Good Apollo I’m Burning Star IV: Fear Through the Eyes of Madness. The album is a true epic that encompasses many different styles of music, ranging from rampaging heavy metal to wacked out prog rock to introspective, acoustically-based singer-songwriter music. 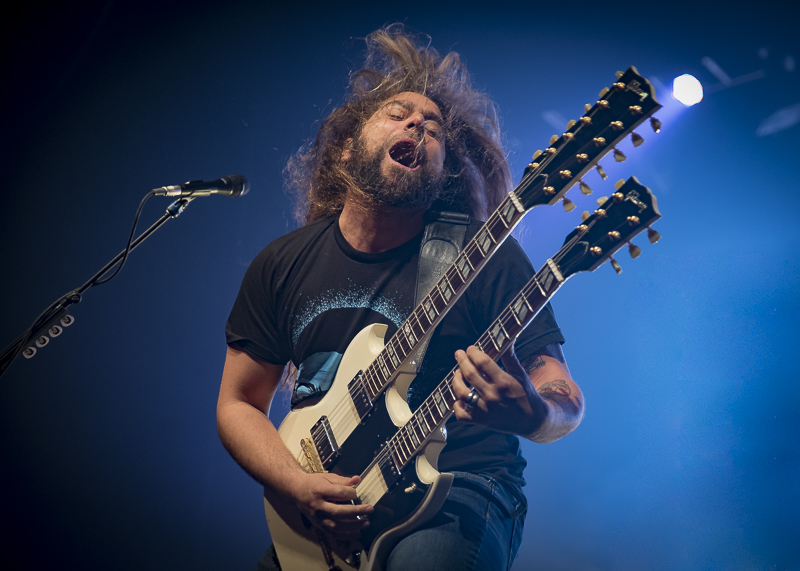 The night started off with the instrumental overture “Keeping the Blade” playing over the PA, with frontman Claudio Sanchez making his way out to the stage after the song’s conclusion. He proceeded to play the acoustic “Always & Never,” a gentle and folky piece of music that features a particularly soulful set of vocals. By this point in time, the excitement in the audience was palpable as the rest of the band took the stage and Sanchez exchanged his acoustic for a white double-necked Gibson SG, a signal that Coheed was about to rip into their most well-known track, “Welcome Home.” The song begins with one of the most recognizable guitar riffs is modern history: an aggressively picked series of notes that raises the intensity of the song to astronomical levels as the entire band comes in at full force. Over the next six minutes the piece twisted and turned through a series of powerful parts before an epic guitar dual between Sanchez and Travis Stever erupted, with Sanchez throwing his guitar behind his neck, all while still shredding through his half of the solo before ending with a majestic series of guitar leads. 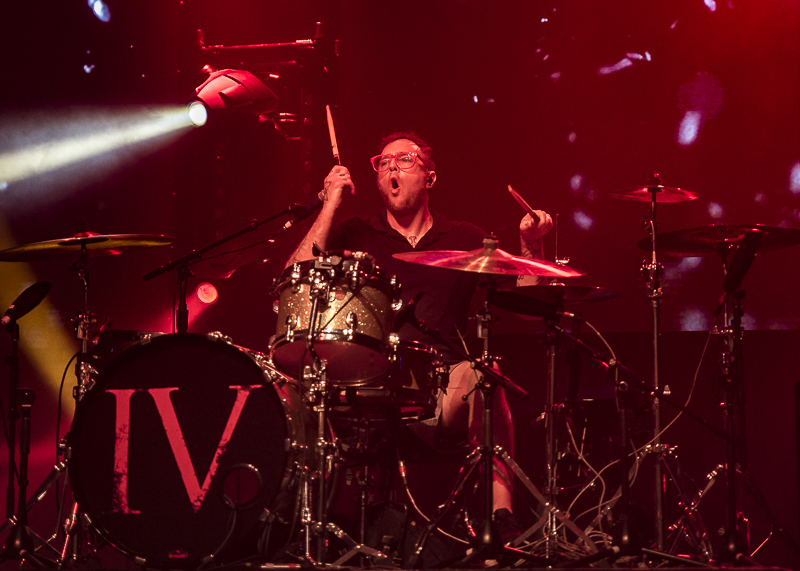 Coheed wasted no time in ripping through the remainder of the album, playing pretty much every song back to back with very little down time between each. The rabid crowd of fans gathered for the show ate this up, and it appeared as if everyone had their own personal favorite track from the album. Many of these songs had not been played for quite some time and many fans seemed to seize on this and sing their lungs out during the band’s performance. This was particularly evident during the mid-set song, “Apollo I: The Writing Writer,” a slice of driving progressive rock. What makes Coheed such a unique band is their ability to meld this type of music to incredibly catchy and memorable vocal lines such that even a song with dense and cerebral music can still be easy to sing along to. Midway through the set, fans were treated to a powerful rendition of the ballad “Wake Up.” Aided by a subdued yet moving drum part from Josh Eppard, the song contains some of Sanchez’s most emotional lyrics and it really got the crowd singing along throughout its duration. 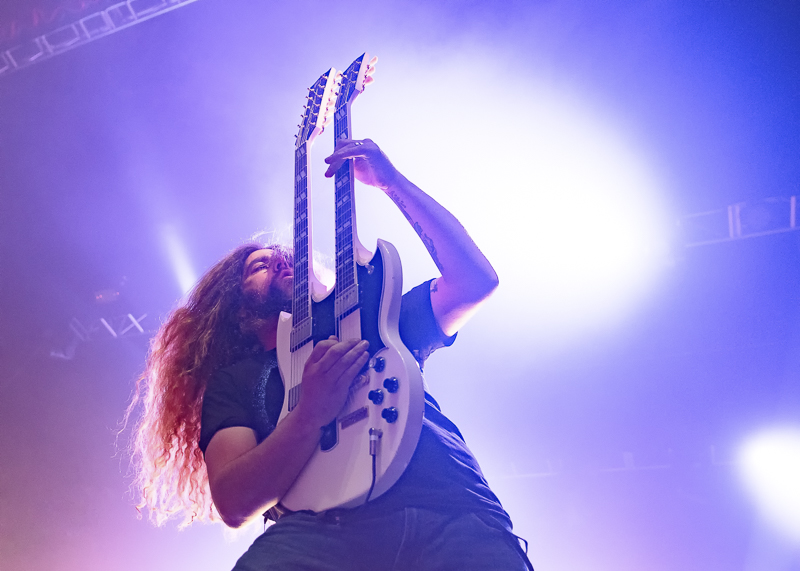 Following this was the upbeat and catchy “The Suffering,” another deep cut that fans had anxiously been awaiting the whole night. The song manages to combine upbeat pop-punk with chugging heavy metal which really translated well in a live setting. A few songs later the band tore into the album-closing suite, “The Willing Well.” Spread out over four distinct movements lasting well over half an hour, the piece is pure progressive rock, adding in all manner of technical complexity and blazing instrumental interplay. As the final part of the suite played out, Sanchez and Stever stepped off stage as Eppard and bassist Zach Cooper played an impressive improvised series of music, with Cooper dishing out some exceptional bass licks. Eventually Stever and Sanchez retuned to play out the remainder of the piece to fully conclude the album. After that the band came back on stage for a brief encore, with Sanchez giving thanks to the crowd for coming out to the show and giving a shout out to their friend Matt Pinfield, who originally signed them to Columbia Records before the release of Good Apollo. 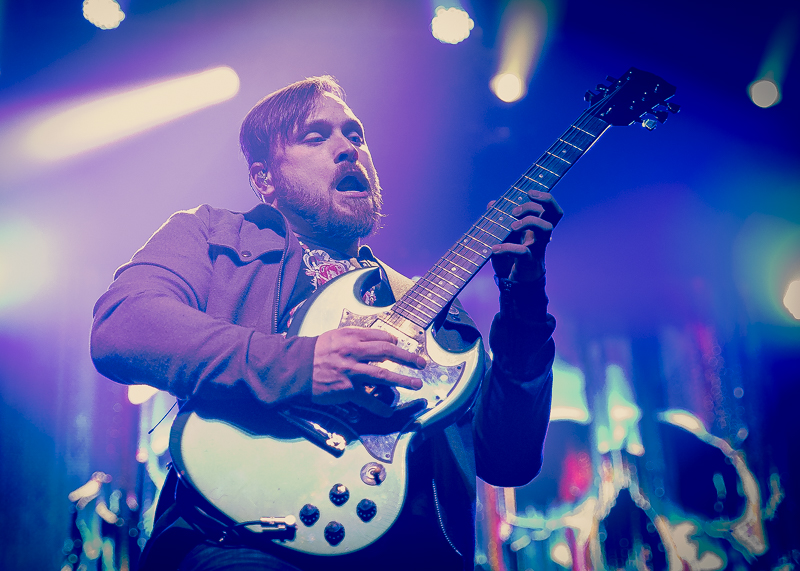 Coheed started off the encore with the crisp pop-rock of “Island” from their latest album The Color Before the Sun. After all the brooding seriousness of the Good Apollo album it was refreshing to hear such an upbeat and straightforward song being played. However that did not last long as the band rolled out the pounding “Delirium Trigger,” a scorching cut from their debut album, The Second Stage Turbine Blade. With its angular riffing and impassioned wails, the song provided some of the most musically intense feelings of the night. 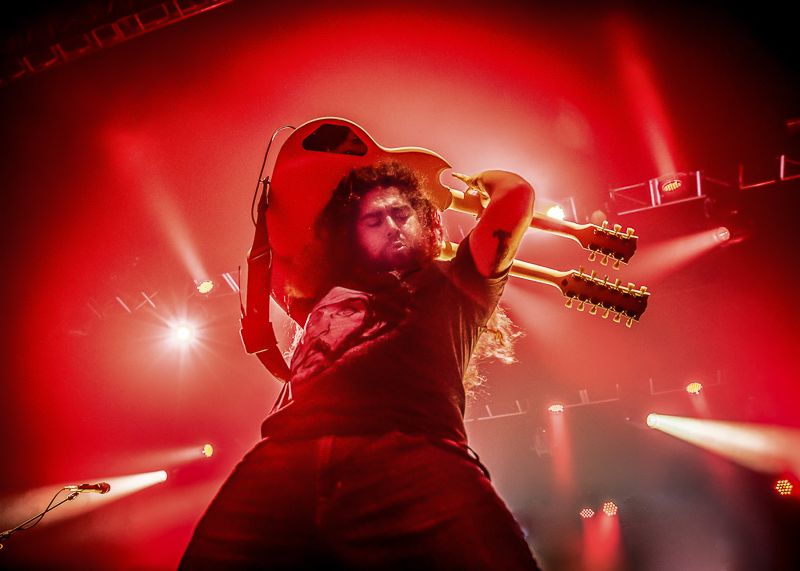 To close out the evening Coheed had one last epic to play, the powerful title track off their second album, In Keeping Secrets of Silent Earth: 3. In the same fashion as other epics the band has done over the years, the song alternates between highflying choruses, stomping metal breakdowns, and hard driving punk rock. It was a fitting way to close out what was a magical night of music and it was yet another demonstration of how electrifying this lineup of the band is. 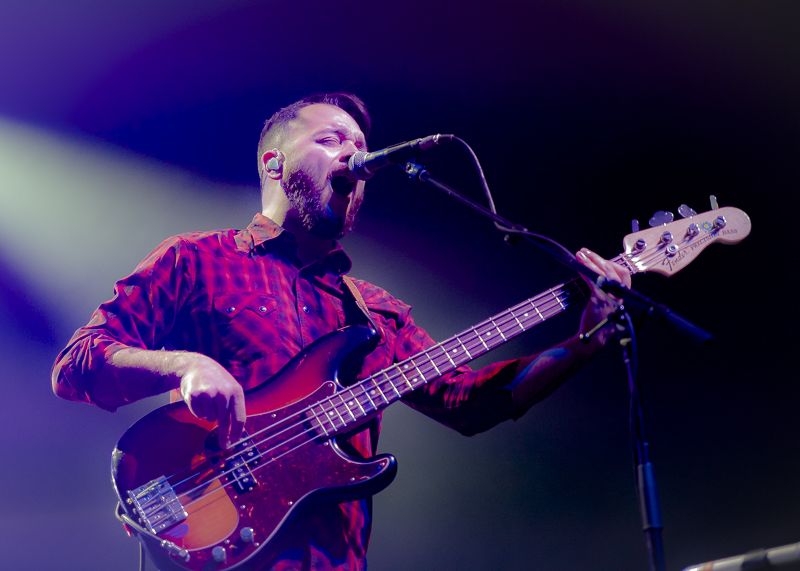 While music fans often lament over their favorite bands rolling out a live performance of a classic album (due to the perceived inferiority of an older band playing material conceived in their 20s), Coheed and Cambria have shown that they have no trouble in pulling off something of this magnitude. With an adoring fanbase and an impressive command of the stage, Coheed and Cambria have once again triumphed with the third installment of their Neverender concert series.

For more information about Coheed and Cambria, check out their website.