Amongst the numerous branches and subgenres comprising the punk rock culture, there are perhaps none that better distill the raw spirit at its heart than street punk. And of all the bands to ever fly the street punk flag, there are few who paint a better picture of that spirit than Cock Sparrer.

Although it’s true that any occasion bringing these East End Londoners for a visit to our shores is worthy cause to rejoice, this particular night provided additional justification. While surely not strangers to the Bay Area, this date marked the band’s first visit to the East Bay and would also provide the backdrop upon which they would celebrate the release of Forever, Cock Sparrer’s first studio album since 2007. 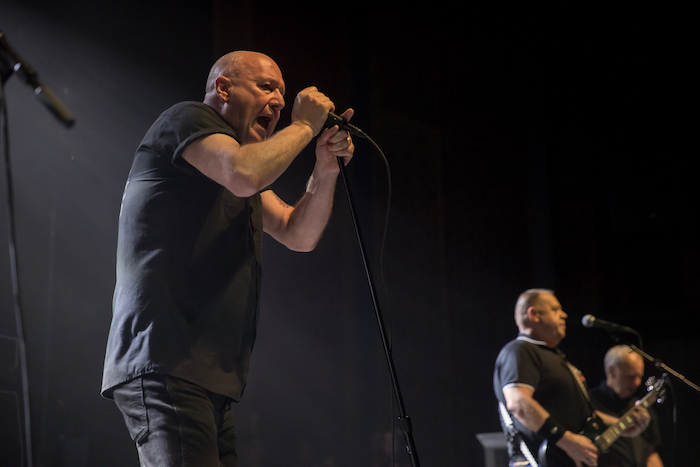 Hosting the evening’s event was Berkeley’s UC Theatre Taube Family Music Hall, themselves in the midst of their own celebration to commemorate the first anniversary of the venue’s reopening. The band arrived to a roaring welcome, preceded by the sudden unfurling of a large banner that was hung above the stage and emblazoned with the cover art from the new album.

The five droogs wasted no time in driving the energy of the room into a frenzy as lead guitarist Mick Beaufoy and rhythm guitarist Daryl Smith delivered the wailing first notes of ‘Riot Squad’. The performance proceeded with full-tilt intensity, perpetuated by the energy of a howling audience. 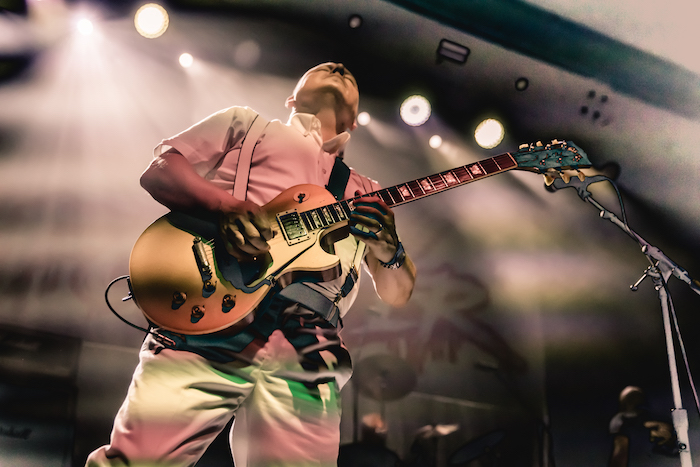 Following a string of hard-hitting classics, singer Colin McFaull addressed the crowd to introduce a pair of songs from the new album, ‘Contender’ and ‘One By One’. He would go on to introduce the rest of his bandmates, including the sturdy and driving rhythm section of bassist Steve Burgess and drummer Steve Bruce.

After 45 years, Cock Sparrer still contains all of its founding members and stands as a monument to the honesty of their forthright musical ethics, unfettered by external influence and bolstered by the trust of their loyal listeners. Throughout every song, and fueled by McFaull’s unrelenting encouragement, the audience sang along word-for-word in deafening chorus. Every verse sung was echoed by the solidarity of a thousand voices, the familiar lyrics acting as the common thread weaving together the multitude of generations in attendance. 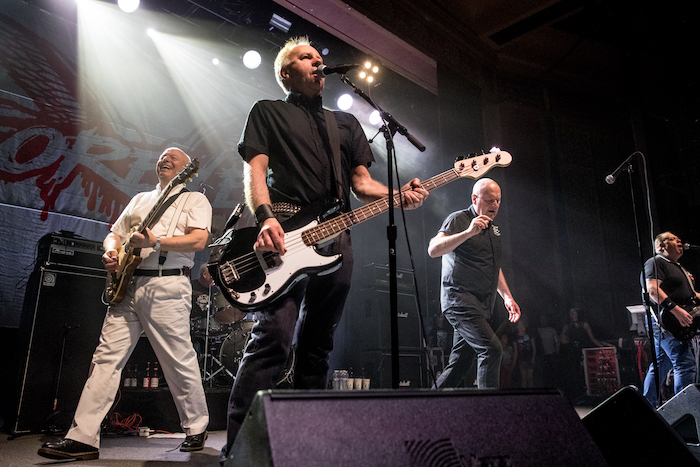 This enduring musical bond was clearly exemplified in the moments before the final song of the main set, ‘Where Are They Now?’, as McFaull prompted the audience into singing the first verse and chorus without the band’s accompaniment, to which the crowded theatre passionately obliged in remarkable clarity and volume. An amused McFaull then continued to lead the unfaltering audience in recitation of the second verse before the band rejoined to play the closing number once again from the top. 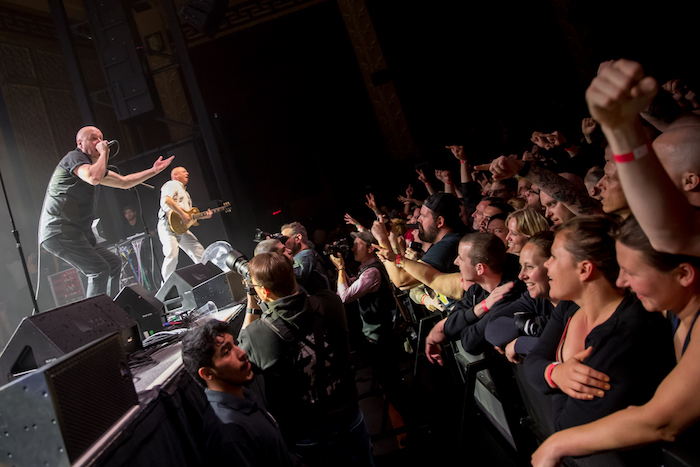 As the boys of Cock Sparrer waved goodbye and made their way backstage, patrons of the theatre erupted into a thunderous encore plea, the room coming alive with the vibration of boots pounding against the floor and passionate chants of “Olé, Olé, Olé” ringing out overhead. The band soon reappeared to offer an encore of their iconic anthem ‘England Belongs To Me’ and sentimental show-closer ‘We’re Coming Back’ before leaving the stage in triumph, bidding farewell to the room full of satisfied faces in their wake.

Setlist: Riot Squad | Watch Your Back | Working | Sussed | Teenage Heart/Droogs Don’t Run | What’s It Like To Be Old? | Contender | One By One | Argy Bargy | A.U. | Price Too High To Pay | Running Riot | I Got Your Number | Because You’re Young | Take ‘Em All | Where Are They Now? | England Belongs To Me | We’re Coming Back

For more information about Cock Sparrer, see their website.