Clutch is like the character actor that you see in every big movie but can’t name. Unassumingly famous to the point that if it weren’t for the fact that they have their band credentials they would probably be told to wait in line to enter their own shows. 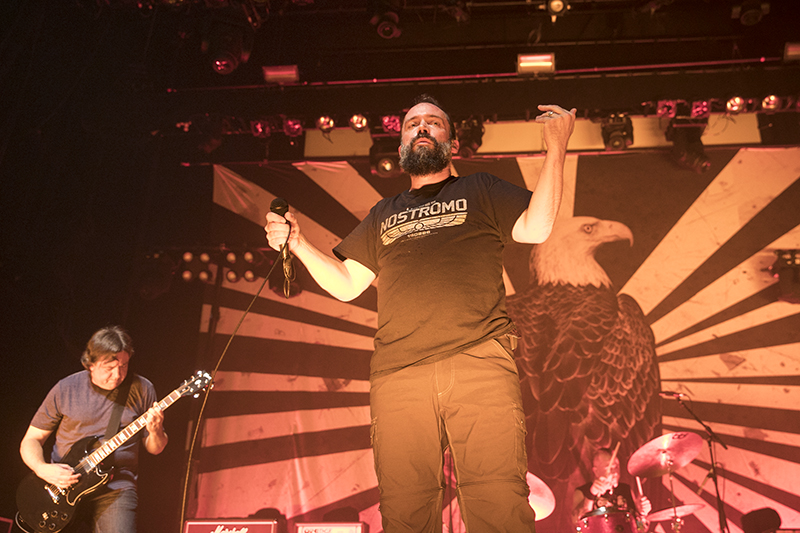 Despite writing and re-writing the book of how to be underground rock legends, Clutch still flies under the radar. Though their preference likely is to keep storming ahead as the anti-heroes of corporate rock success, the recent release of Book of Bad Decisions and the associated tour may blow their cover. 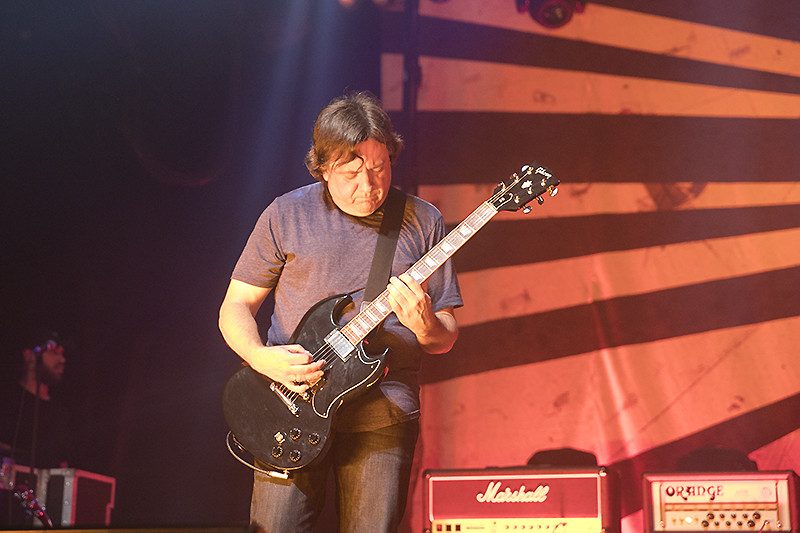 Clutch recently stomped through the Regency Ballroom in San Francisco, leaving their crowd of stoned disciples in a state of sonic euphoria after detonating a ninety-minute set of super-charged riffage. An amalgam of back catalog gems as well as some of the new album hotness melded together to form the set list, and Clutch delivered them with the precision of a finely tuned engine. 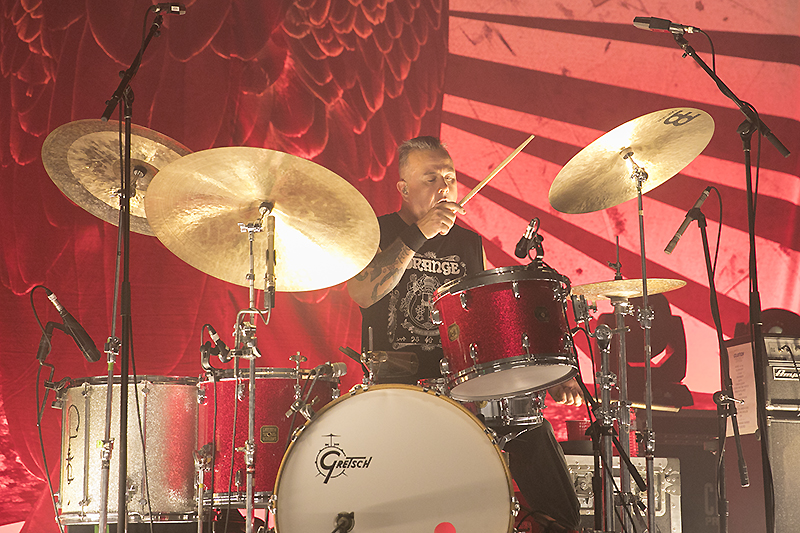 Delivering monstrous, pulse-pounding rock that rattles your teeth and puts a buzz in your brain, Neil Fallon (vox, harp, guitar), Dan Maines (bass), Tim Sult (guitar), and Jean-Paul Gaster (drums) put the pedal to the floor and didn’t let up until the seventeen-song ride was over and the lights came on. 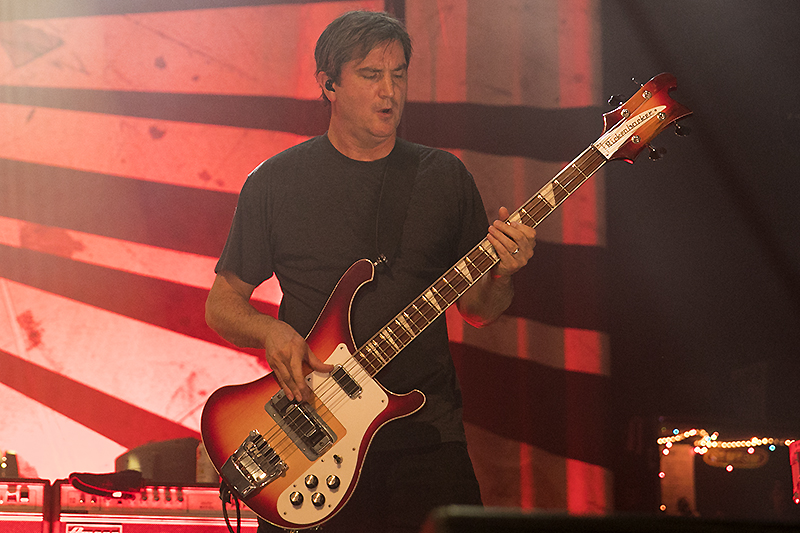 Clutch has done things their own way and on their own terms since they first plugged in back in 1991 in their home base of Maryland. Fueled by a solid line-up that has been intact since just about the very beginning, these guys look like they may well have met while in line to get smokes at the local bowling alley. But don’t let the unassuming looks fool you, when these puzzle pieces lock together they are a chromed out muscle machine of rock. 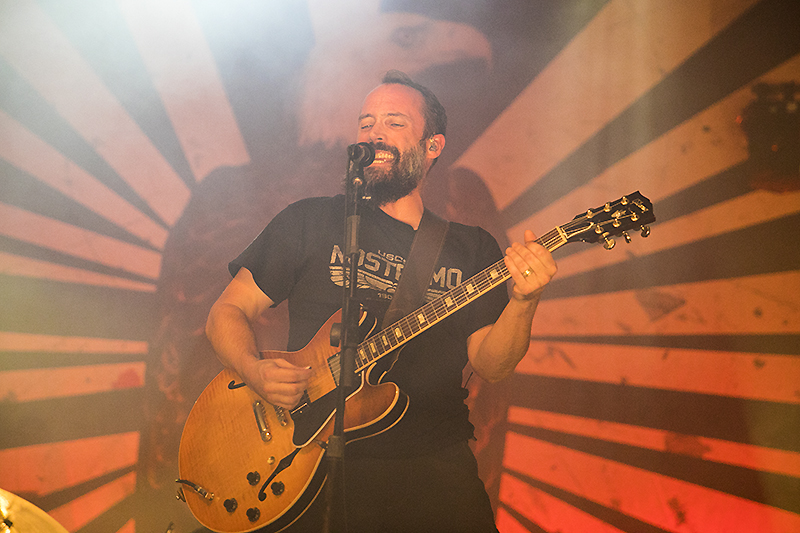 With the ability to weld together guitars, grooves, and bombastic vocals and lyrics, Clutch had their fans in full stagger when they tore the cover off of their set with the opener ‘Sonic Counselor’ from Book of Bad Decisions. The tour has been relentless since they began, playing five nights a week as they zig-zag across the country. Though they have been on the road just over a month now, this was the first time Clutch used this skull cracker as the opener, and it served to get folks in a lather immediately. 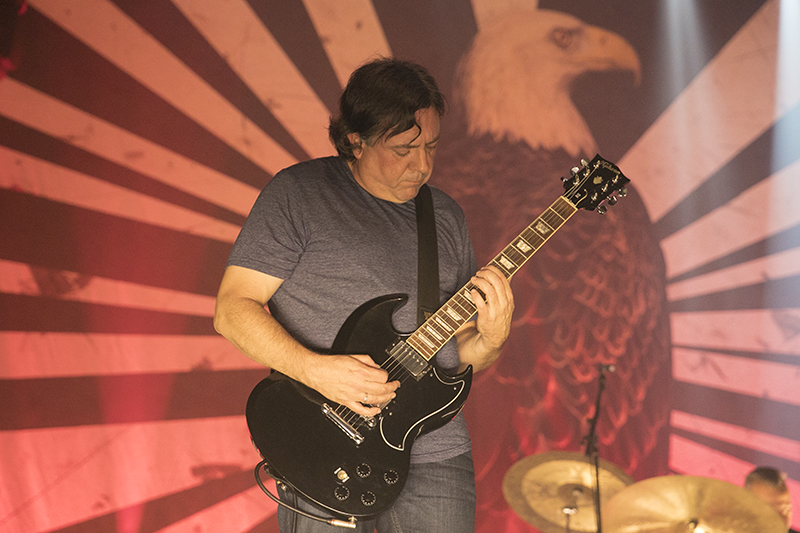 Fallon has the amazing ability to story tell on seemingly any topic, and he does so with a commanding voice and charisma that captivates an audience. When the foursome catapulted themselves from the top rope and into ‘X-Ray Visions’ and ‘Firebirds!’ from Psychic Warfare (2015), they grabbed the crowd by the throat and did not let go. Propped up by thick, bludgeoning blues-fueled grooves that hit like a bag of hammers, Fallon entranced the Regency with a performance reminiscent of a Pentecostal preacher delivering a hellfire sermon. 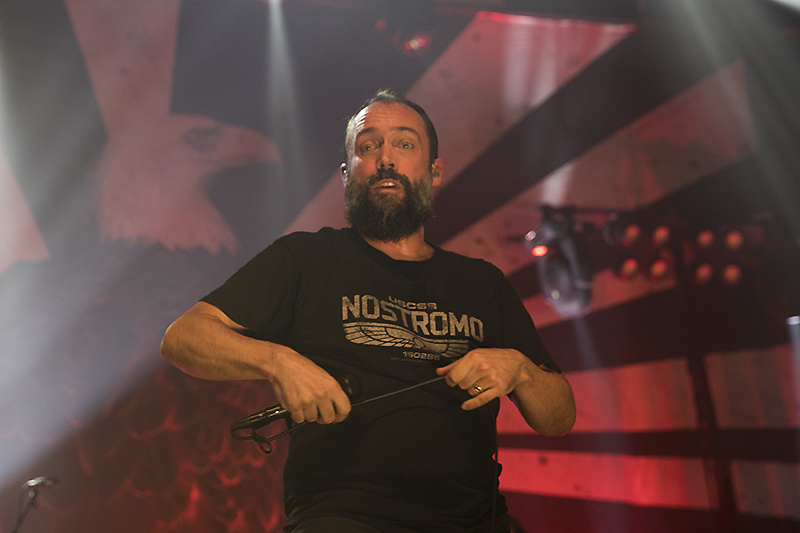 The momentum hit a fever pitch by the time Clutch blasted out the weaponized funk of ‘In Walks Barbarella’ (from the new album), affecting the crowd with an outbreak of flailing limbs and lifted consciousness. The way that they intertwined the new songs like ‘Ghoul Wrangler’ (a blues-metal-punk fired monster) and the zydeco blues chug of  ‘Electric Worry’ kept the set leaning forward through the twists and turns that at various times channeled the gravelly grooves of contemporaries ZZ Top and Pantera. Even their encore bridged the new and old, starting with the politically charged rocker ‘How to Shake Hands’ and driving it home with the gargantuan rambling swing of ‘DC Sound Attack!’ (Earth Rocker – 2013). 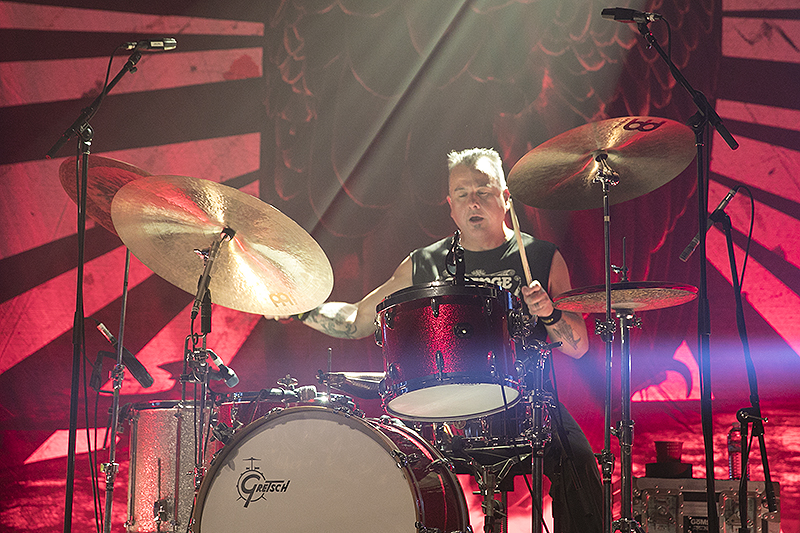 In their third decade as a band, Clutch has reached the rarefied air of fellow timeless underground legends such as the Melvins, Sonic Youth, Primus, and High on Fire. Depending on how Book of Bad Decisions is received they may actually shatter the glass ceiling of the underground. Even if that does happen, these blue-collar rockers would probably prefer to stay obscured in the cool bluesy shade sipping moonshine and rocking the fuck out.

Entering the fray ahead of Clutch was a large dose of schizophrenic pounding metal from veteran Atlanta rockers Sevendust. Led by the melodically powerful voice of lead singer Lajon Witherspoon, and backed up by tribal rhythms laid down by the fantastic drumming of Morgan Rose, and the precision guitars of John Connolly (rhythm), Clint Lowery (lead), and Vince Hornsby (bass), Sevendust played a raucous and energetic set that highlighted their recent first release in 3 years, All I See is War.

Appropriately the set started with the lead track (and first single) off the new record ‘Dirty.’ From the grinding wail of the opening guitar which hovered above the machine gun style drums from Rose, Sevendust had the crowd in a delirium.

With their mix of tribal rock ala Sepultura wrapped in alt-metal melodies akin to Deftones, Sevendust has a sound that is unique and immediately recognizable. People went bananas when they sandwiched early hits from the 1999 release Home – the pummeling ‘Denial’ and ethereal yet dangerous sounding ‘Waffle’ – around the moody power of ‘Unforgiven’ from the new recording. Though their set was a short and sweet 45 minutes, it set the table perfectly for Clutch bring the power rock over the finish line.

Learn all about Sevendust here.