One woman, Haley Fohr, with a 12-string acoustic guitar running arpeggios and strumming through delays and distortion; a baritone voice, vibrato, hair in her eyes, and occasional lip quiver, evoking folk from the 60s, Fred Neil, John Fahey, and Joni Mitchell, ethereal yet heavy with layers of instrumentation that leads head strong into the unknown. 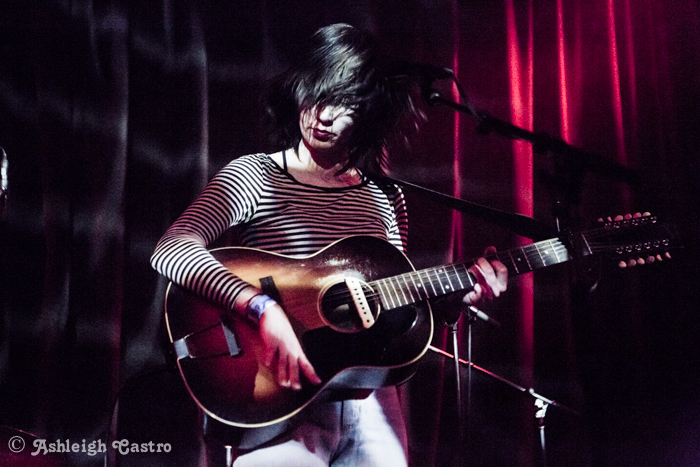 San Francisco has had a recent problem with audience members talking during performances. Perhaps because this show sold out in advance and people couldn’t make a last minute decision to wander in without knowing who they were going to see, but more likely because Fohr demands, not through words, but through an intense presence and powerfully built songs that progress into bursting walls of sound, no one spoke a word. 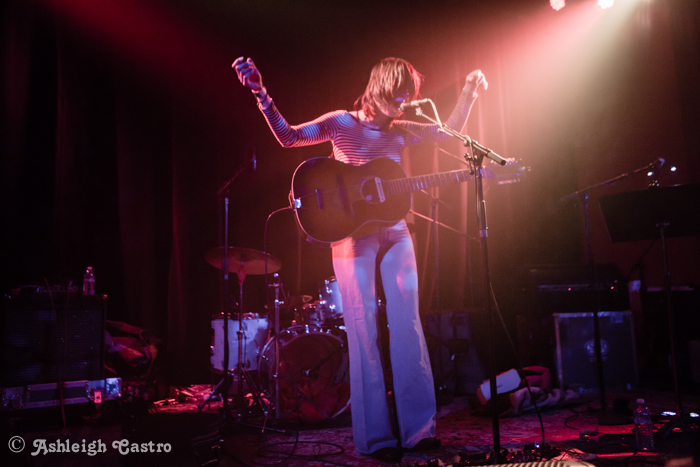 Mostly Circuit Des Yeux vocals are interspersed sparingly in between strums and arpeggios, the occasional murmur or yell become all the more powerful because the silent pauses are an unbearable tease in the best way possible. Fohr, as Circuit Des Yeax, often plays with a band, but watching her play solo and there was nothing one missed without having another soul on stage. 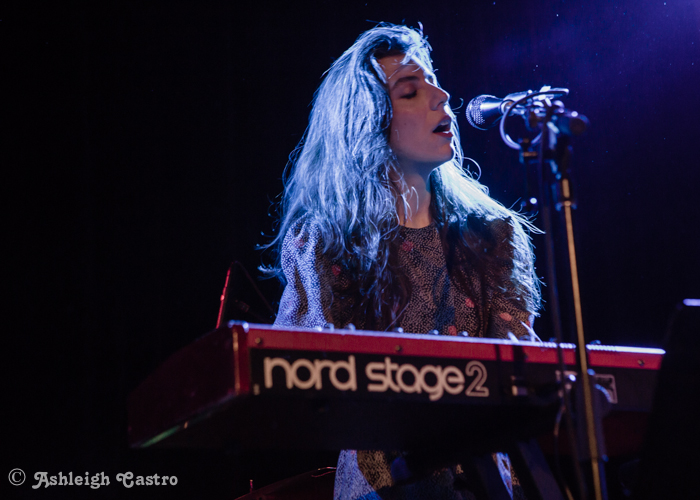 What Circuit Des Yeux brings in atmosphere, Julia Holter brings in dramatic focus and crisp annunciation. Two people in the crowd compare her to Regina Spektor, but her experimentation has more in common with early St. Vincent’s abandonment of traditional song structure and purposeful use of almost awkward patterns of notes. Holter finds her sound through a mix of classical, including classical notation for the band members, as well as pop and jazz elements.. 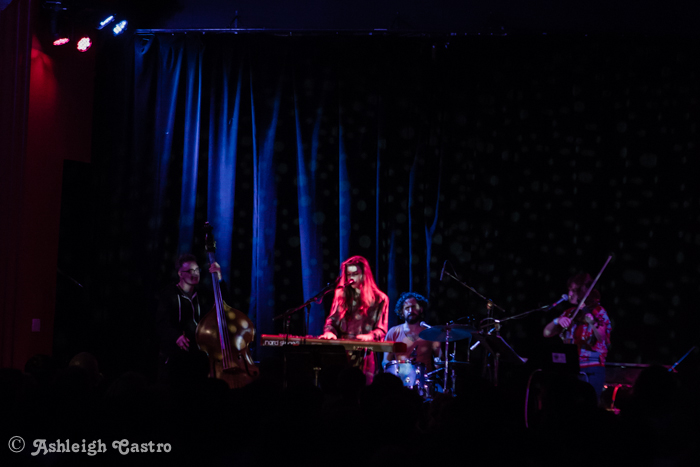 While Holter mostly played songs off 2015’s Have You In My Wilderness she played “Marienbad” off her 2012’s Ekstatis. The song’s simpler style highlights Holter’s progression into more and more complex arrangements. 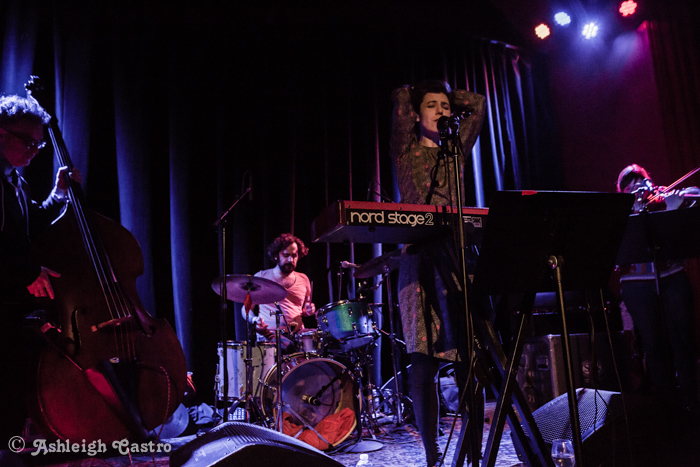 Julia Holter never lets you get comfortable, whether it be a screeching of strings, vocals, or off beat drums, and syncopated vocals usurp familiar song structures and storytelling. The audience is enthralled with “Feel You,” one of the pop stand outs on her latest album. Another crowd pleaser is a cover of “Don’t Make Me Over,” written by Burt Bacharach and Hal David, originally recorded by Jerry Butler but made famous by Dionne Warwick. Holter’s version was stripped to its key elements and layered with her luscious vocals and subtle instrumentation. 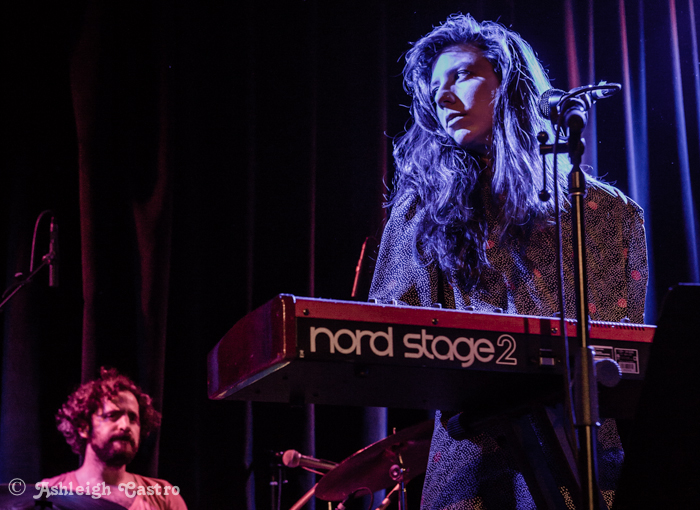 Overall the night, through both Circuit Des Yeux and Julia Holter, celebrated experimentation and veering away from paths previously tread without ignoring those sounds and songs that came before.

For more information about Julia Holter, check out her website.