The three-piece rock group Cherry Glazerr was founded by then-15-year-old singer and guitarist Clementine Creevy. The singer recorded demos on her own and shared the tracks on Soundcloud. Upon discovering her songs, the California indie record label Burger Records offered her a chance to record an album under their moniker. She quickly said yes. Creevy enlisted a bassist (Sean Redman) and a drummer (Hannah Uribe) and the band got to work. Their Burger Records full length debut Haxel Princess is a whimsical record about teenage crushes and amazing grilled cheese sandwiches. 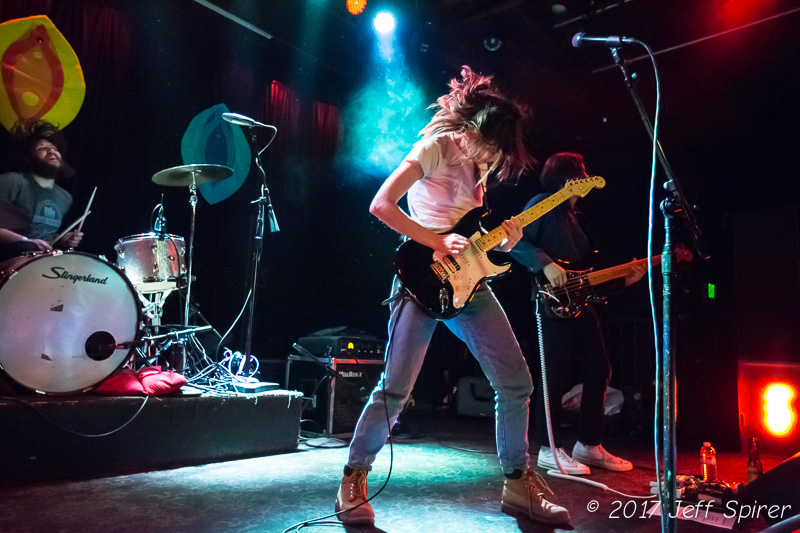 Meanwhile, fashion designer Hedi Slimane picked their groovy 7’’ single “Had Ten Dollaz” to soundtrack Saint Laurent’s fall 2014 runway show. Creevy also has some acting chops, appearing in the Amazon series “Transparent” in 2014. Keep in mind that all of this happened while Creevy was still in high school. 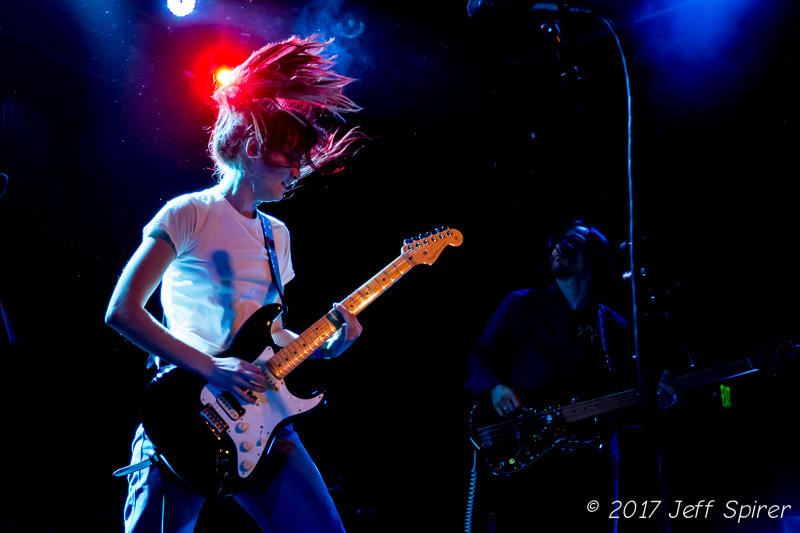 In 2016, Cherry Glazerr went through a lineup change. Sasami Ashworth is now the lead synth wiz while drummer Tabor Allen is in charge of the band’s new booming, raw sound. Their latest record Apocalipstick was released in January 2017. This new incarnation of Cherry Glazerr is a fierce, more focused rock trio. With sleek production from Joe Chiccarelli (engineer of the Strokes, The Killers) and Carlos De La Garza (producer of Bleached), the band sounds clearer than ever with the right amount of sweet riffs under the hood. 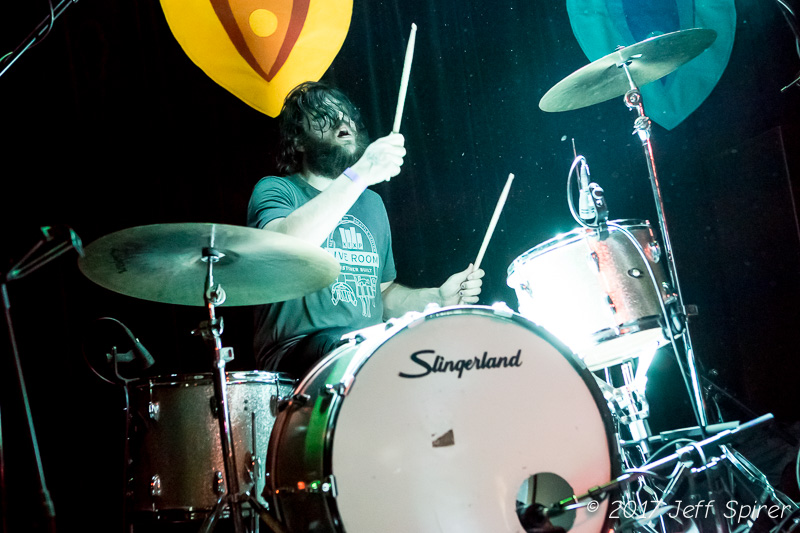 The band appeared at San Francisco’s legendary Slim’s venue, bringing in a large crowd of fans not old enough to buy a PBR, much like the band’s frontwoman. Nonetheless, Cherry Glazerr’s energetic howls and controlled chaos were enough to intoxicate the crowd. Before the band could activate its cherry bomb, Creevy went to the mic and yelled, “The future is female!” with accompanied screams and cheers from the audience. This tour is titled the “Pussy Bites Back Tour.” which makes sense since their latest album was released the day Donald Trump was sworn into office. 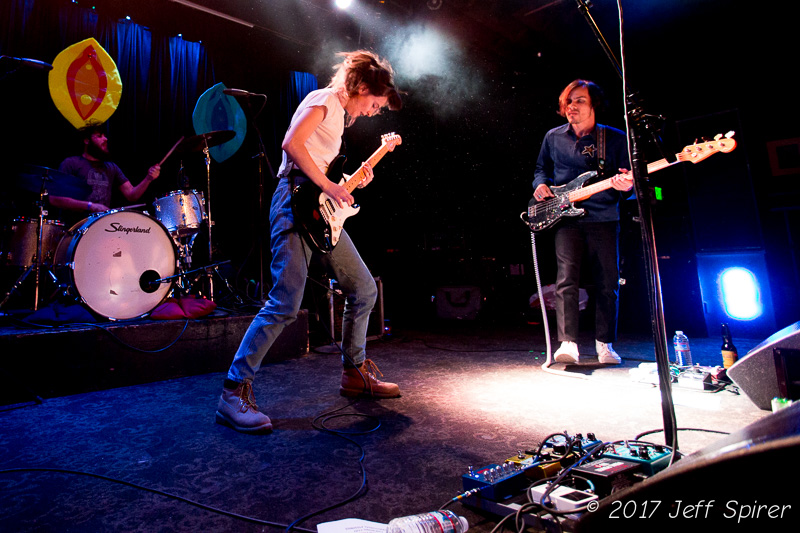 The night started off with the explosive “Sip O’ Poison” that kicked off a mosh pit at the front. A lot of new songs like “Instagratification,” “Only Kid on the Block,” and “Told You I’d Be with the Guys” made their Slim’s debut. Older beloved tunes like “Had Ten Dollaz,” “Grilled Cheese,” and “Teenage Girl” started mass sing-alongs. With an increasingly unhinged crowd, people climbed onto the stage to crowd surf. One by one, they dove into the audience having the time of their lives. 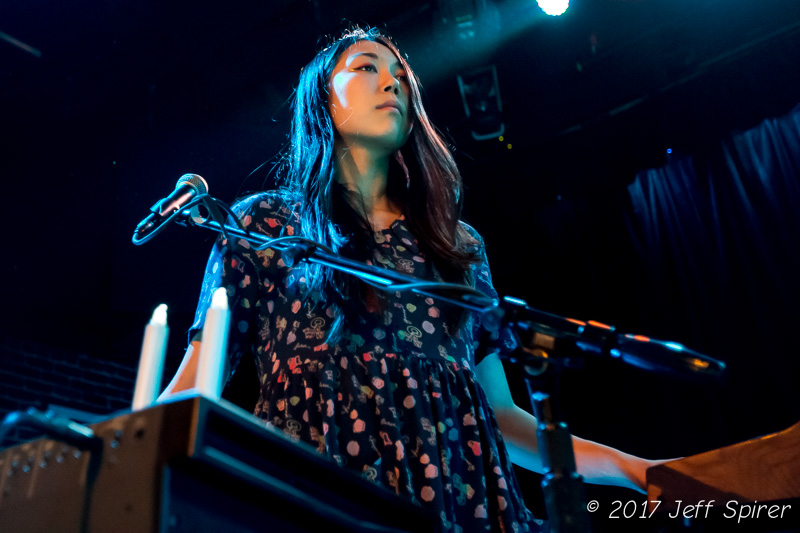 The band’s synth player Sasami Ashworth revealed to the audience and her band mates that she got a Cherry Glazerr tattoo similar to the one that Creevy has. Creevy was moved by this, gave Ashworth a loving embrace, and continued the show teary eyed. It was one of the most touching moments ever seen at a concert. 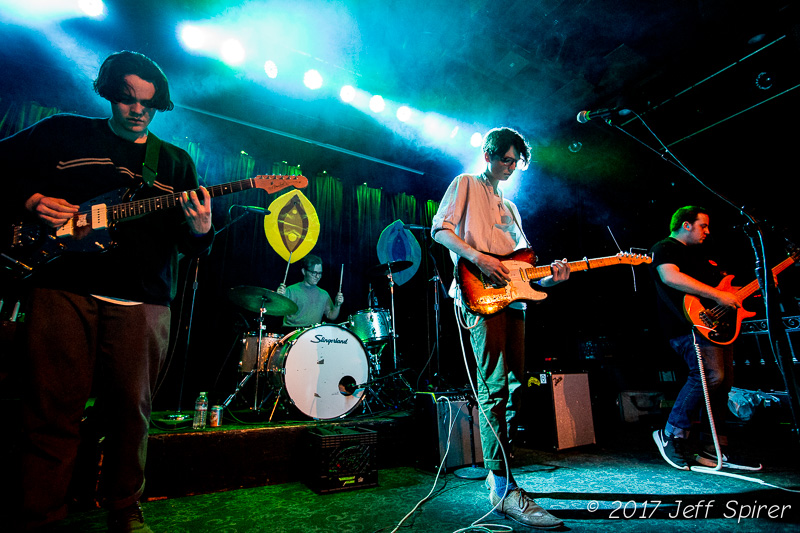 The night’s opener, Slow Hollows, were also well received by the audience. A lot knew and sang along to their songs, something not often see at shows for the opener. Many songs were moody, punchy rock songs with a bite to them. Slow Hollows have a sound that is fresh while incorporating an 80s post-punk vibe. 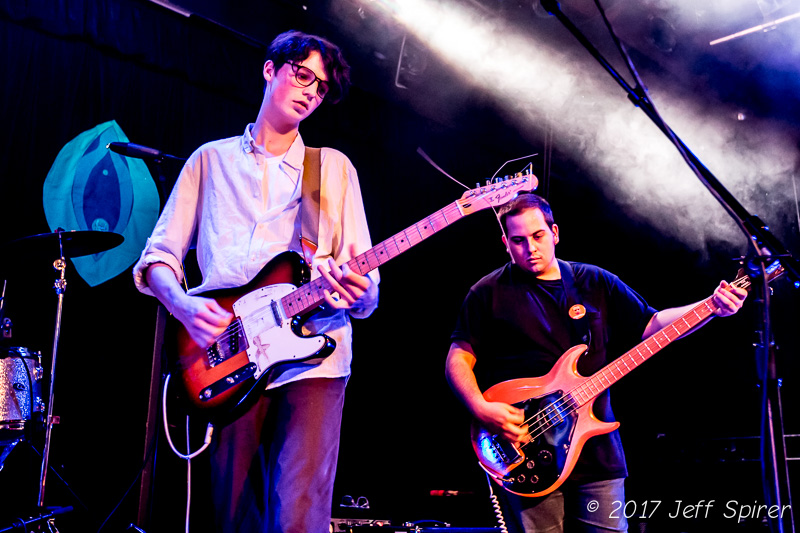 The band is young, like Cherry Glazerr. They arrived together right out of high school fronted by Austin Feinstein on guitar and vocals. With a trumpet player, the sound takes on a more sophisticated sound than typical indie acts, and the slightly dark and minimal feel to the songs similarly separates them from typical overplayed sounds on “alternative” radio.

Find out more about Cherry Glazerr on their website.

Get all the info on Slow Hollows here.