The front cover of Hiss Spun is truly haunting. Chelsea Wolfe stands lonesome in a stark white corner. She’s dressed in black, her hair is covering her face. She’s ready to attack, silently stalking her prey. Her weapon of choice: sludge metal. On her sixth studio album, Wolfe rises once again from the shadows to sing against wailing guitars. Wolfe is no stranger to the darkness that bred her. She has toyed with art rock and a bit of gothic folk on 2011’s Apokalypsis. She has flirted with some darkwave and post-punk on 2013’s Pain Is Beauty. Abyss, along with the new Hiss Spun dive into doom and sludge metal. 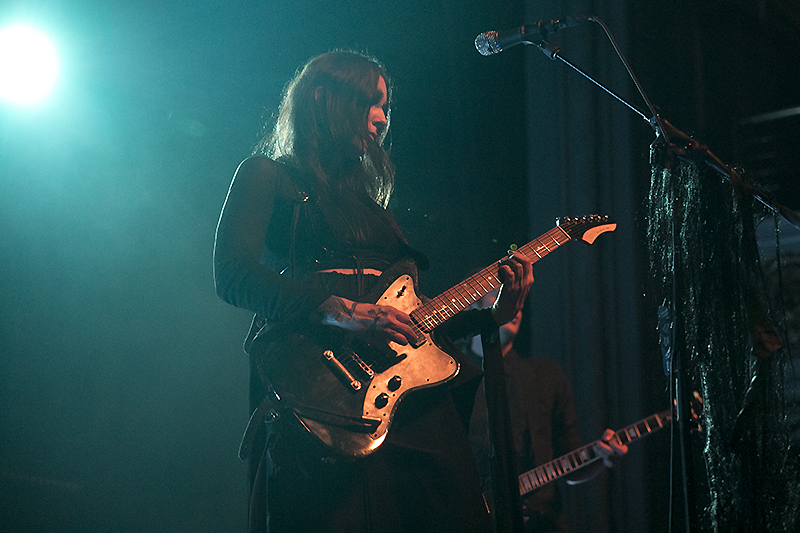 What ties these elements together is Wolfe’s ghostly singing voice. Across her discography, she has haunted her records with frightening wails. Anguish rips her apart all over Hiss Spun, with the trashing of distorted guitars to add salt in the wound. 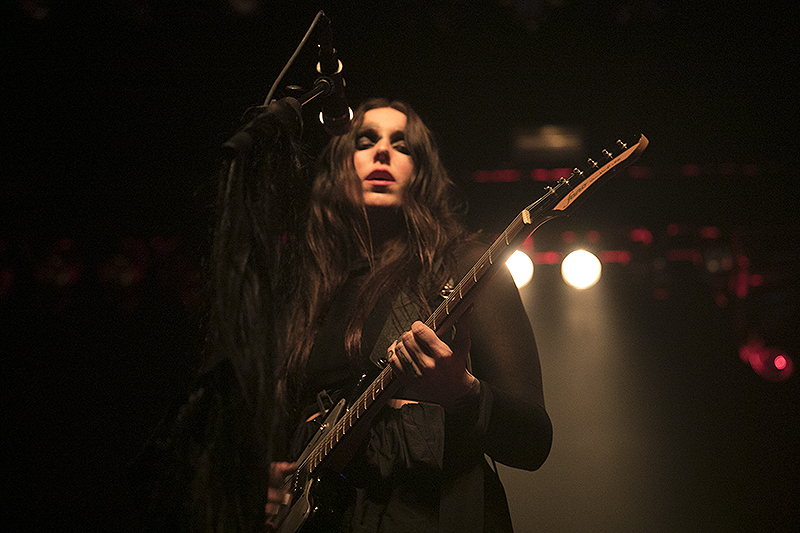 Wolfe appeared on a chilling November night in San Francisco’s Regency Ballroom. The room was colder than usual. I noticed the hair on the back of my neck stood up. I felt her ghostly presence. All that was needed was a Ouija board to cast Chelsea Wolfe onto the stage. She appeared anyway, coated in jet black. Her hair, her clothes, her shoes were all the color of midnight. Her eyes, a piercing blue, cut like knives. The ceremony had begun. 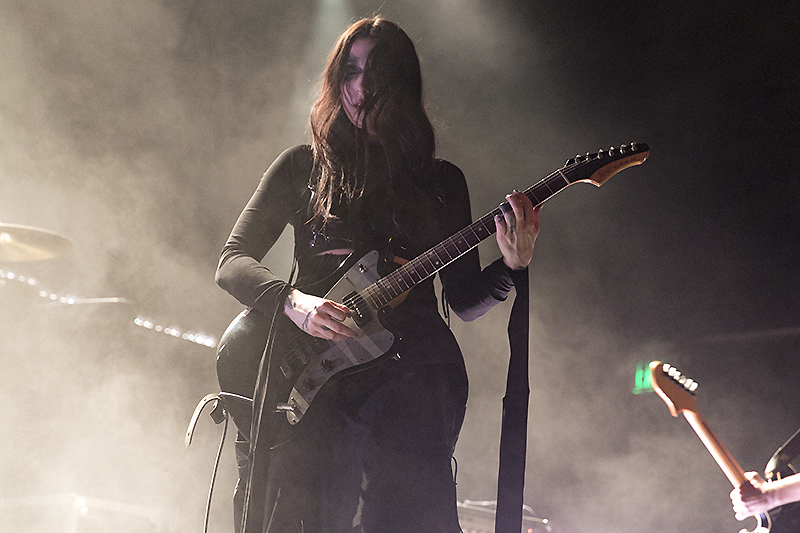 Wolfe sprinkled new songs at the Regency. The pummeling “Spun” is textbook doom metal. The slow thumping of drums and guitars rippled throughout the room. Wolfe chanted “A brute, an angel, and a madwoman/ A most elegant impediment/ Was there from the start/ Waiting and repeating within me/ Waiting and repeating.” The rotten (that’s a compliment) “16 Psyche” and darkwave “Vex” earned the head banging from the front row. The latter song was accompanied by singer Aaron Turner who added a death growl at the end. It was a nice touch that distinguished the song from Wolfe’s usual work. 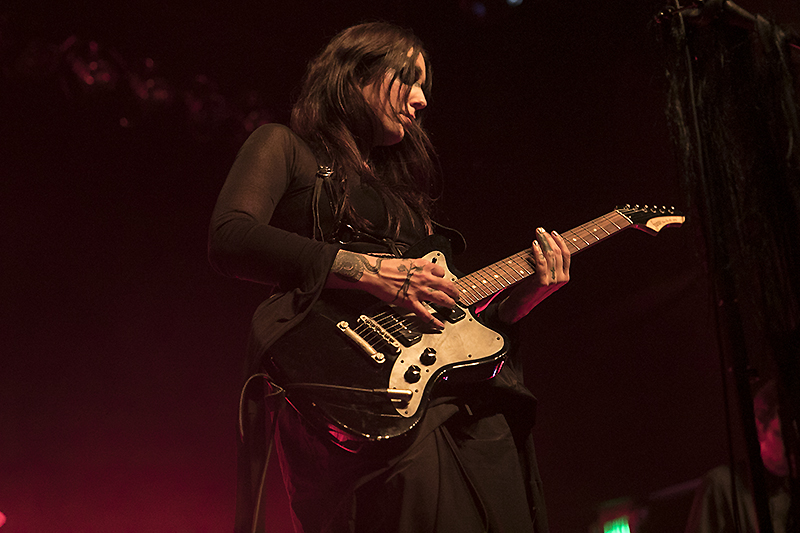 A circle formed in the front row. The “pit,” as it’s called, grew larger with bodies colliding into each other. This was especially true when “Twin Fawn” was dished out. Towards the tail end of the track, the guitars steadily grew faster and faster. 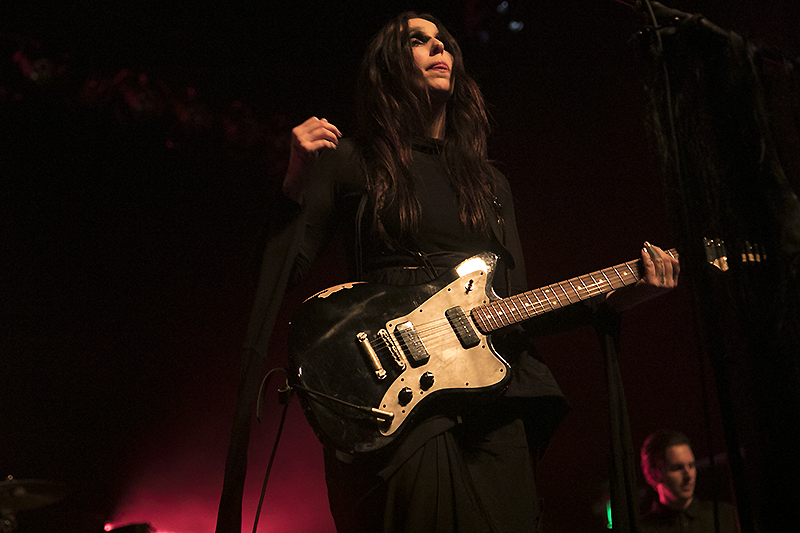 The hellish “Carrion Flowers” from 2015’s Abyss made an appearance as well. Gunky guitars marched besides Wolfe’s pleads of “Hold On To the Pain”. The folky “Tracks (Tall Bodies)” was a short breather before the synthetic “Feral Love” off Pain Is Beauty. 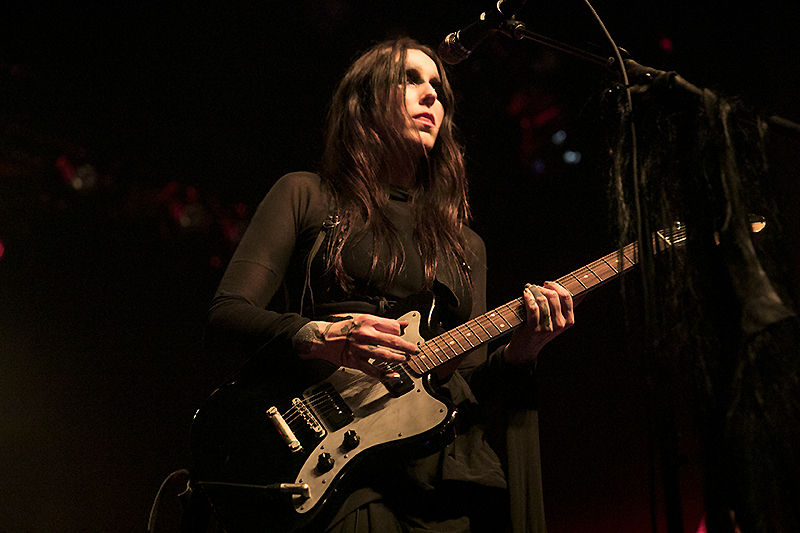 Wolfe closed out the night with final track off Hiss Spun; the icy “Scrape.” Like the final nail in your coffin, Wolfe makes sure you’re ready to pass unto the afterlife. The final crashing of titanic guitars did the trick along with the ear-splitting falsetto vocals she rewarded us.

The industrial and hardcore punk outfit Youth Code was the night’s opener. Founders Sara Taylor and Ryan George began the band six months into their relationship. Their chemistry on stage was balanced by Taylor’s shrieks and George’s metallic beats. It certainly warmed the crowd up.

Find out more about Chelsea Wolfe on her website.

Everything you need to know about Youth Code can be found here.