Chance the Rapper has quickly risen to be regarded as one of the top artists in hip-hop. In a relatively brief period, the 24 year-old performer has ascended towards the throne with his quirky, catchy intelligent style of soulful rap. He solidified this reputation with a stellar headlining performance at Golden 1 Center in Sacramento recently. 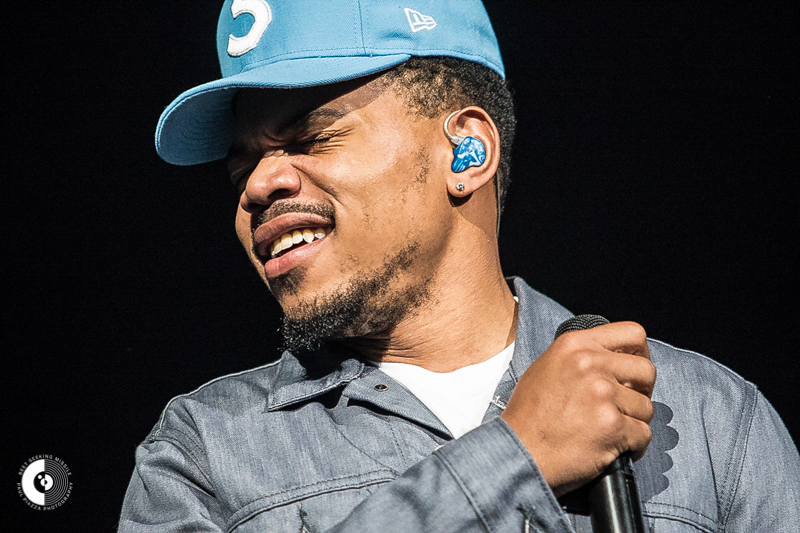 The rapper was on the third night of his Be Encouraged Tour and the feeling of uplifting positivity was palpable in the air during a stellar set where he knocked out a great set backed by the exceptional trio Social Experiment, who have been longtime collaborators, dating back to the days before “Sunday Candy” put them all on the map. Also on hand, a solid trio of back-up vocalists. This is his first go-around as an arena headliner after touring relentlessly and gaining traction with his energetic performances and hit collaborations with everyone from Action Bronson to Lil Wayne to Skrillex. 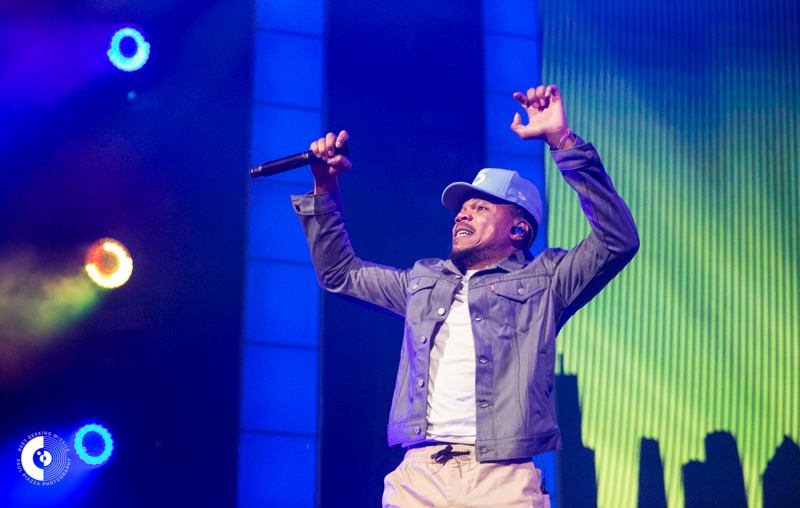 The show was a far cry from a disastrous show last November at Golden 1 by fellow Chicagoan Kanye West, where the rapper/producer went on a inexplicable rant early in the show and left the arena after a few songs. Ironically, West has not only been one of Chance’s musical influences, but the two have collaborated on each others works. On this night, the young rapper reminded the crowd of that when he played a crafty medley from “Life of Pablo” as well as “All We Got,” the opening joint on Chance’s fantastic Coloring Book album which features West. However, on this night, Chance’s performance and Kanye’s were miles apart. 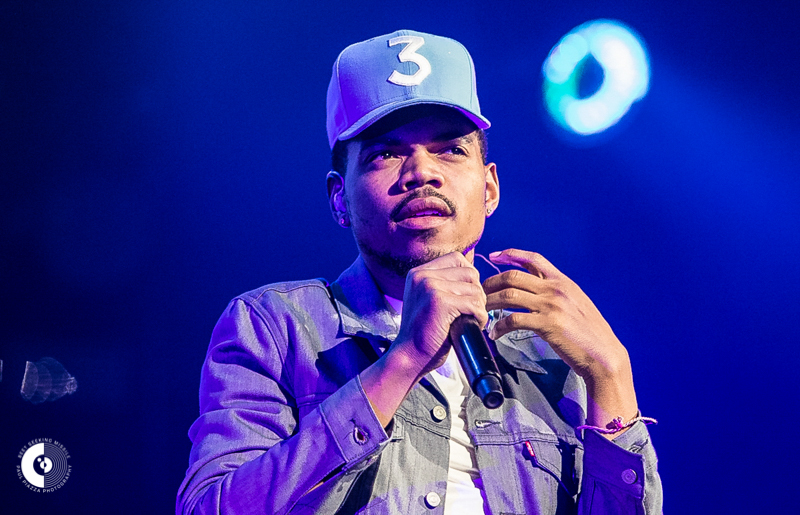 The rapper, who was born Chancellor Johnathan Bennett, was raised deep in a political environment of Chicago politics. His father Ken, worked for then Senator Barack Obama at one time and is currently the deputy chief of staff to Chicago mayor Rahm Emanuel. Some of this is reflected in the rapper’s socially aware lyrics, but it doesn’t by any means define him or his music. 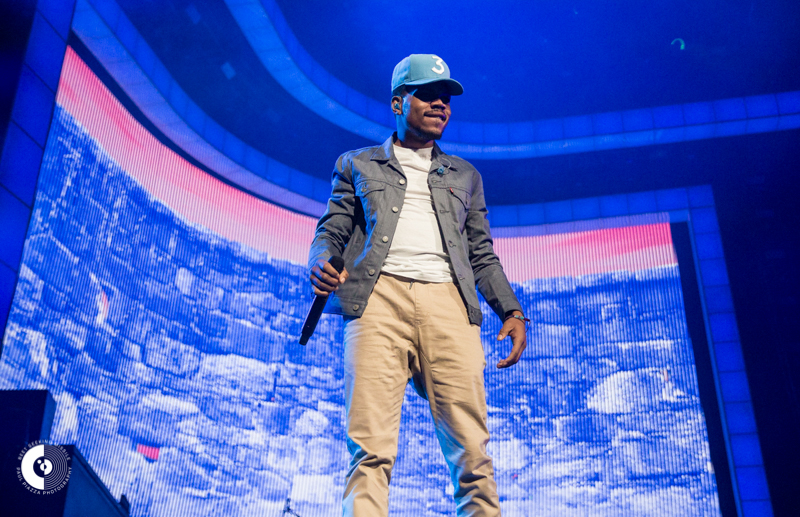 Over the last few years, he has  carved out his own niche in the hip-hop world with a fresh approach that displays roots in jazz, soul and gospel. The culmination of all of this was the Coloring Book album which was critically acclaimed and received a handful of Grammy awards earlier this year. 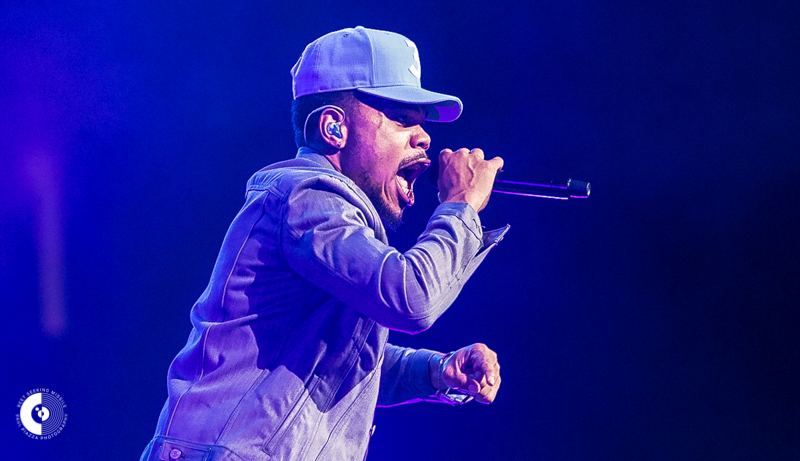 On this night, he played many songs from Coloring Book including “Angels,” “Blessings,” “No Problem” and “Same Drugs.” However, the presentation was much different from his previous tour, which was staged as a musical theater with muppet-like characters and elaborate set pieces. The current tour featured a fairly wide-open stage with plenty of room for Chance to roam and do his high-energy, quirky dance moves and jumps. There was also the requisite pyro and giant confetti streamers. 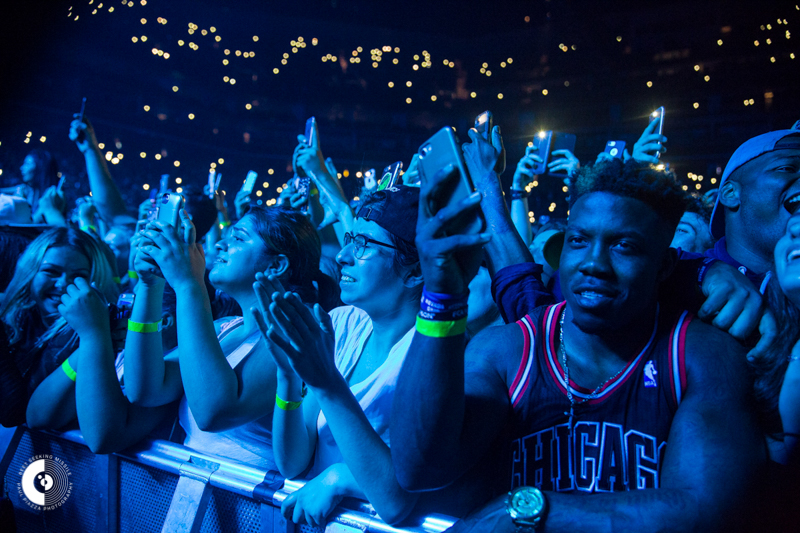 However, the show had one very unique feature. Near the end of the show, a lengthy suspended walkway lowered from the top of the arena and picked the rapper up. Chance mounted it and danced across this bridge-like structure, which extended all the way from the stage to the rear of the house. When he got there, he played “Juke Jam.”  It was quite a spectacle. 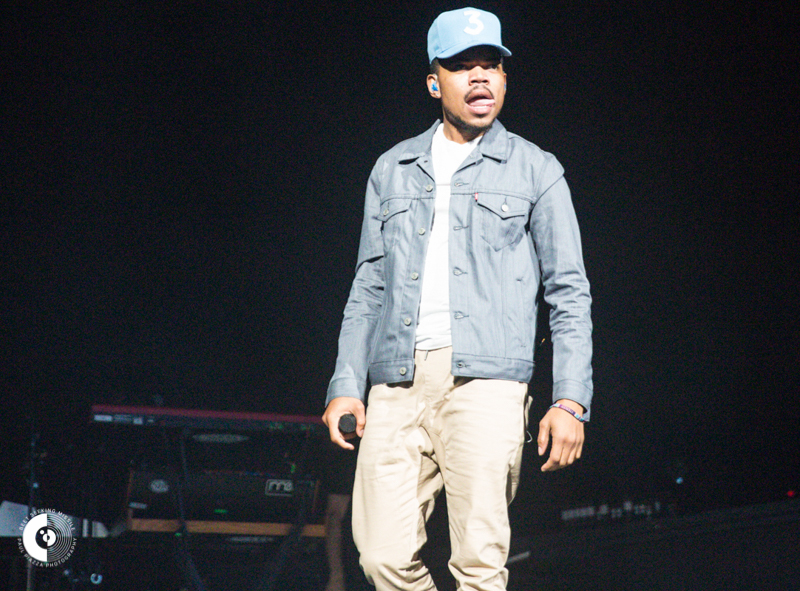 Afterwards, as he sauntered back to the stage, the walkway retracted upward one section at a time, with a sort of disappearing effect. It was pretty nifty trick and a great metaphor for the trajectory of this artist-as he adroitly straddles the chasm between pop stardom while creating catchy music that has equal doses of wit, grit and soul .

Find out more about Chance The Rapper on his website.