CeeLo Green asked this question repeatedly, but he didn’t need to. The crowd, in his pocket from the moment he arrived on stage, knew what CeeLo was sayin’. And lovin’ it. 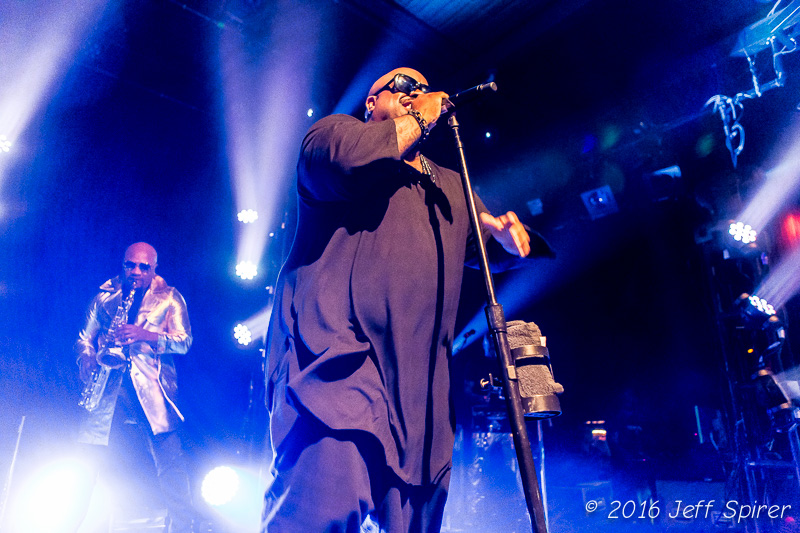 Green broke into a sweat about 30 seconds after arriving, his distinctive voice soaring, high and clear, harkening back to an earlier day before a lot of voices were processed through electronics to help them. But he can also rap, modernizing and staying out of the retro trap. Whether singing or rapping, Green’s voice is one of the most distinctive on today’s scene, it’s a voice that is instantly. 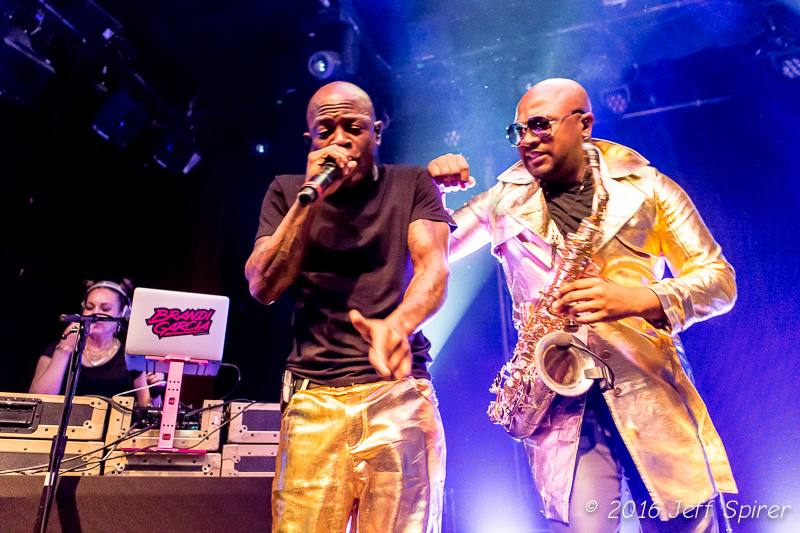 The set included songs across Green’s career, including a couple of Gnarls Barkley numbers, and a couple covers, including Minnie Ripperton’s ‘Lovin’ You’ and the Pussycat Dolls’ ‘Don’t Cha.’ Along the way there were riffs on Prince, Morris Day, and Michael Jackson. Of course the highlight was his biggest hit, ‘Fuck You,’ complete with an explanation that he loved the crowd and the song was only directed at “the haters out there.” That song followed ‘Crazy,’ his well deserved best-known song from the Gnarls Barkley days. 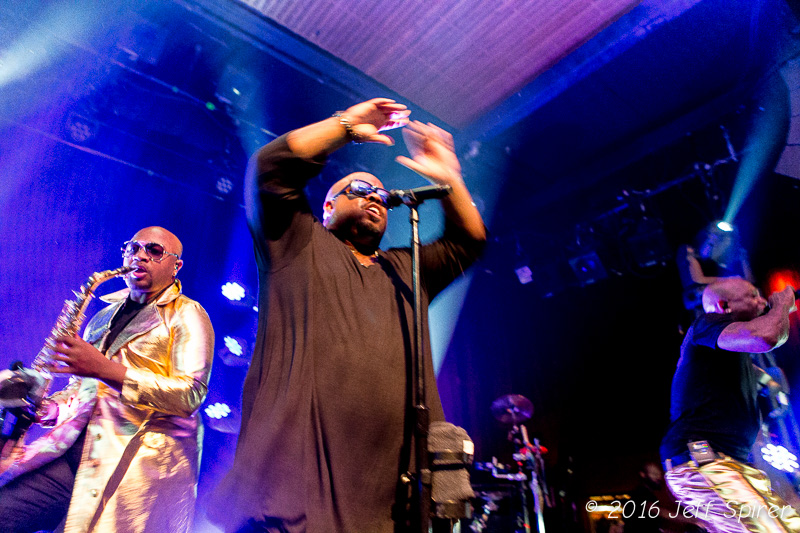 Like so many recent tours, the band was stripped down. An unfortunate by-product of the disappearance of the money in recorded music, there were only three musicians for most of the show, a drummer with just pads (Menta Williams), a sax/flute/melodica player (Marcus Anderson), and a DJ (Brandi Garcia). Williams and Anderson occasionally left their instruments behind to jump out front, singing and dancing. 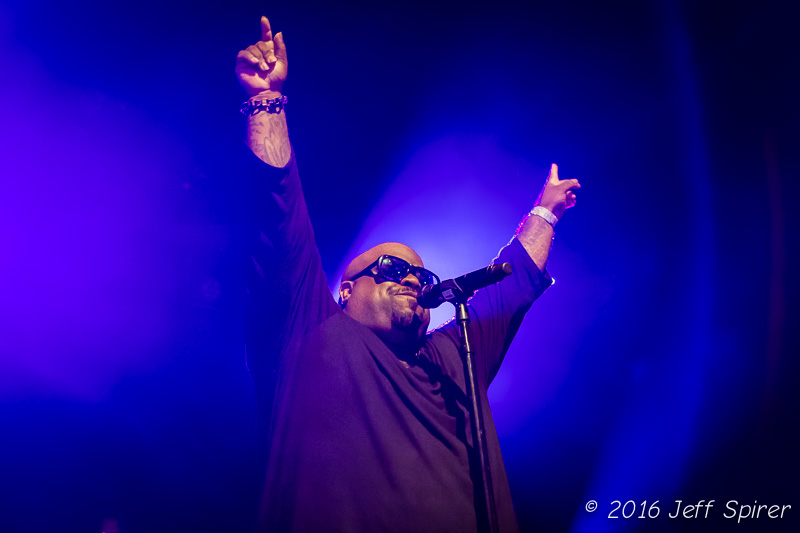 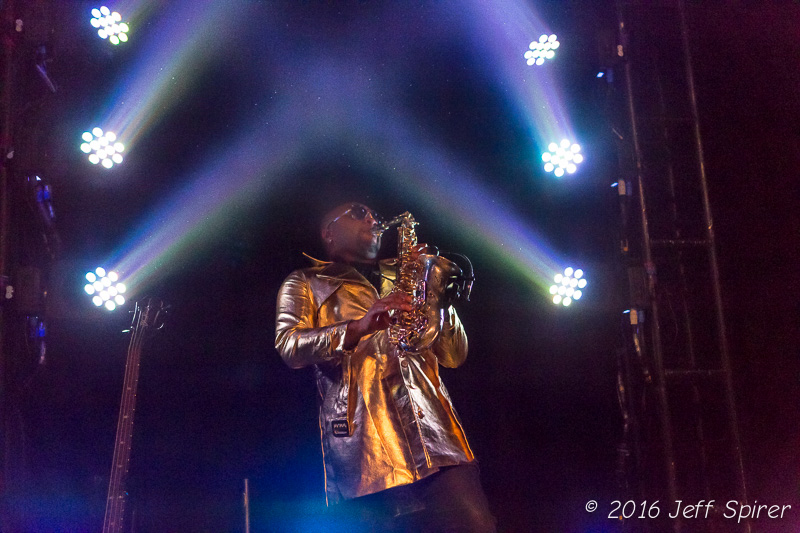 ‘Robin Williams’ came near the end of the show. This night, July 21, it took on a special significance, being Robin Williams’ birthday. Green mentioned this as he talked about Williams’ accomplishments, reeling off a long list of Williams’ roles from Mork through a variety of movies. 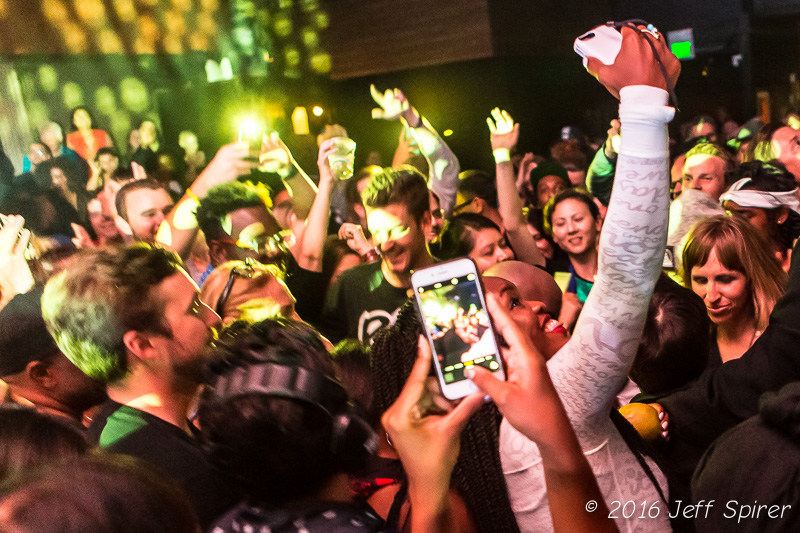 CeeLo in the Crowd

The stage cleared after the “last” song, ‘Smells Like Fire,’ the lights stayed down waiting for the expected encore. The band members appeared on stage, but it took a minute to find Green, who reappeared in the middle of the Independent, dancing and occasionally singing into the mic. The audience crowded around, dancing with Green, many snapping photos of themselves with him. It was an unusual end, especially since he didn’t sing anything resembling a song, but just had a good time partying with the people around him. 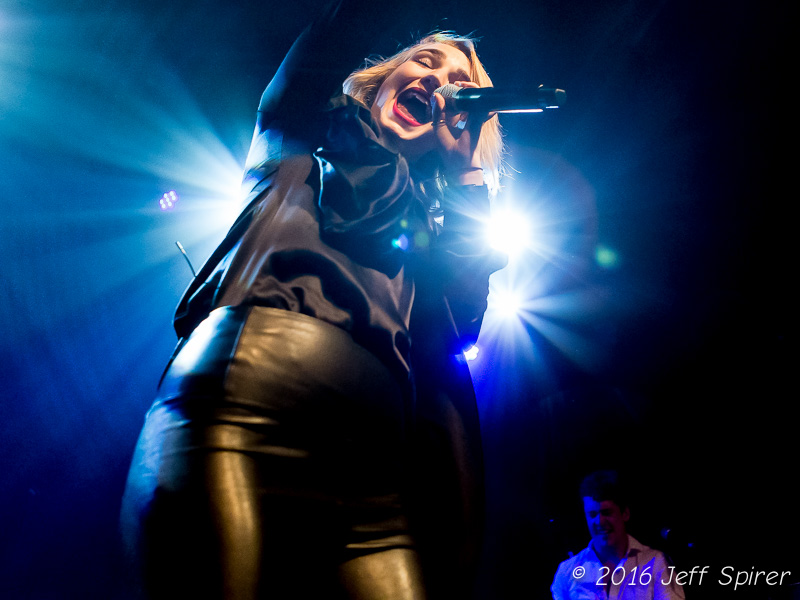 Opener Nikki’s Wives, a trio from Toronto, combined Nikki Whitehead’s voice, sometimes poppy and sometimes ethereal, with drummer Nate Baylor (a full drum kit this time, plus pads) and guitarist/keyboardist Dylan Lauzon, filled out with sequences and samples. Baylor grinned constantly, Lauzon bounced around the stage, and Whitehead, a striking figure dressed in black with bright blonde hair, emoted constantly. While much of their set was upbeat and danceable, the band seemed at its best with the slower tunes where Whitehead sounded dreamy. Only a year old, the band could take this sound a long way.

For more information about CeeLo Green, see his website.