When a founding member of an iconic group in their respective genre launches a tour celebrating the twentieth anniversary of one of their most successful albums, you can bet the farm the buzz will be strong and attendance high. When you add into the mix the co-founding member, who happens to also be the sibling of aforementioned founding member and their last name happens to be Cavalera, all bets are off. The metal community will most definitely show out in force for celebratory raging of the Sepultura classic “Roots” album being played in its entirety. ‘Twas exactly the setting one March day when Max and Igor Cavalera stopped in San Francisco at metal haven Slim’s. 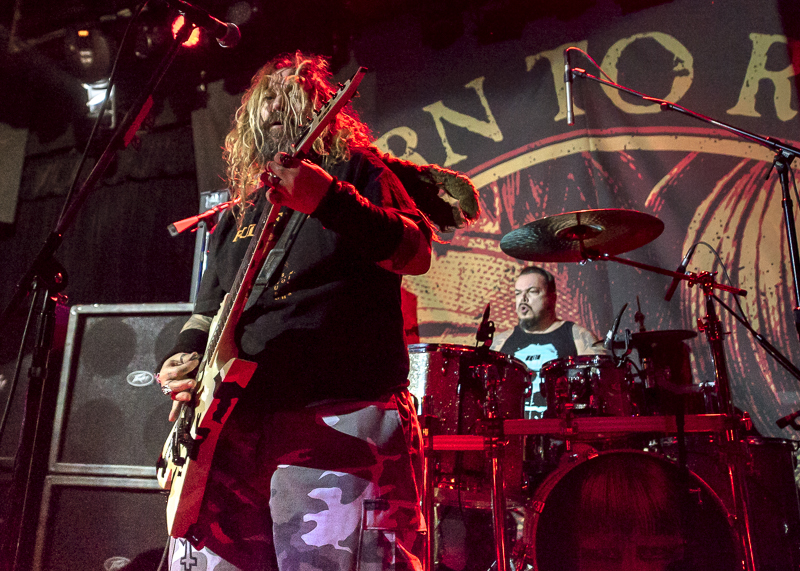 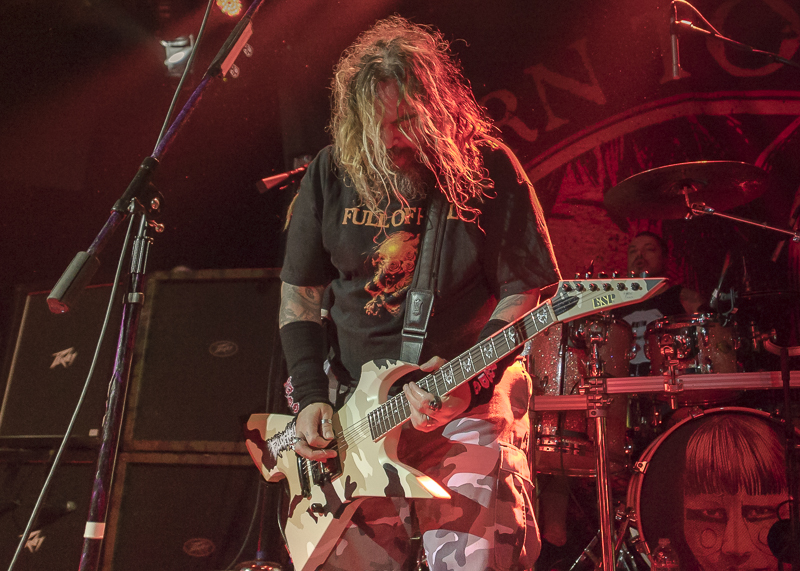 Roots would be Max’s sixth and last release with Sepultura after splitting for various reasons. Roots was a continuation of previous release Chaos A.D.’s deep dive into Brazilian tribal elements. Those reflections of heritage and culture would not be overshadowed by the raw energy and power the Roots songs possessed. Raw power and energy was the theme of the evening. As Max and Igor took the stage joined by longtime compadres Marc Rizzo (guitar) and Tony Campos (bass) blasting into “Roots Bloody Roots” with the crowd reacting with equal amounts of chaos and energy as the band delivered the goods. With no disrespect to Sepultura members Paolo Jr. (bass) and shredder Andres Kisser (guitar), Rizzo and Campos deliver blistering performances that make it very easy for one to forget it’s not the recording lineup playing the tunes front & center. 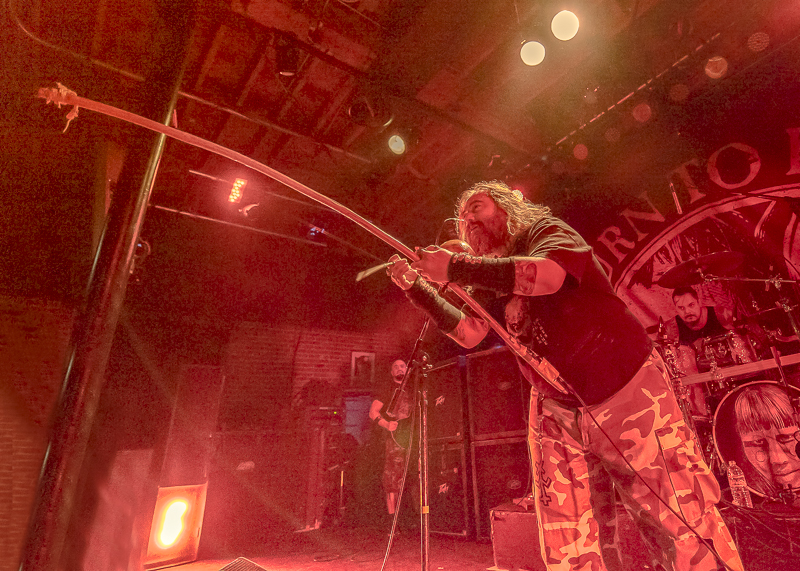 The beauty of tours featuring a band’s classic release is that the crowd has a palpable anticipation for each song, often recalling the sequence and nostalgic memories as when they first became acquainted and developed an affection with the album. The Slim’s crowd was none the different. Reminiscent of a common nu/groove-metal show crowd’s pension for “jumping the fuck up” in a sea-like motion, there was plenty of circle pit action as well as shouting of memorable lyrics and fists pumping in full action.

Songs like “Attitude,” “Cut Throat,” and “Spit” fueled the evening’s fire, but they would give way to one hell of a surprise for those in attendance. The recording featured a collaboration with Sepultura inviting Korn’s Jonathan Davis, Faith No More/Mr. Bungle’s Mike Patton, and House of Pain’s DJ Lethal on the track “Lookaway.” Although it was not a full reunion of performers, Mike Patton joined the band for a punishing version of the tune. The crowd was shocked and audibly delighted when Patton appeared. It was truly a pleasant surprise for those packed in tight. 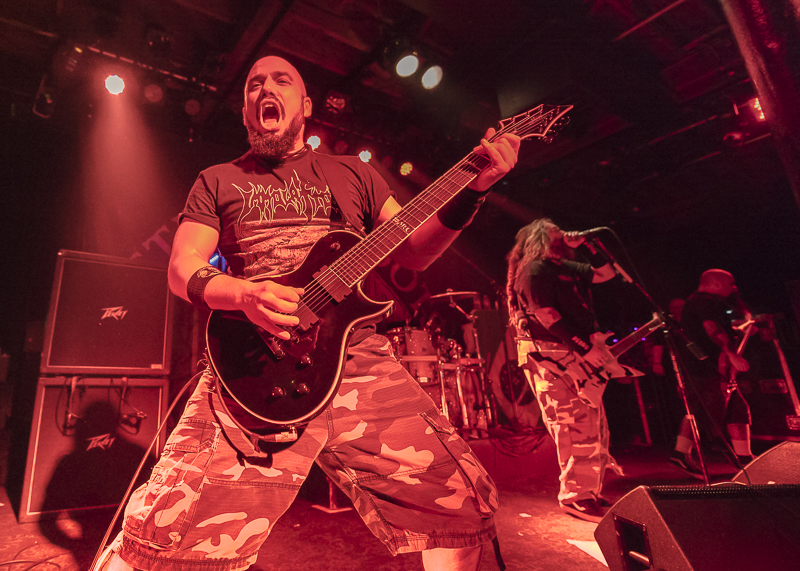 Max shared his appreciation and affection for San Francisco and was classic Cavalera from start to finish. It was a bit full circle yet refreshing to see Max and Igor perform the Roots album front to back, as both remain disconnected to their original bandmates in Sepultura. 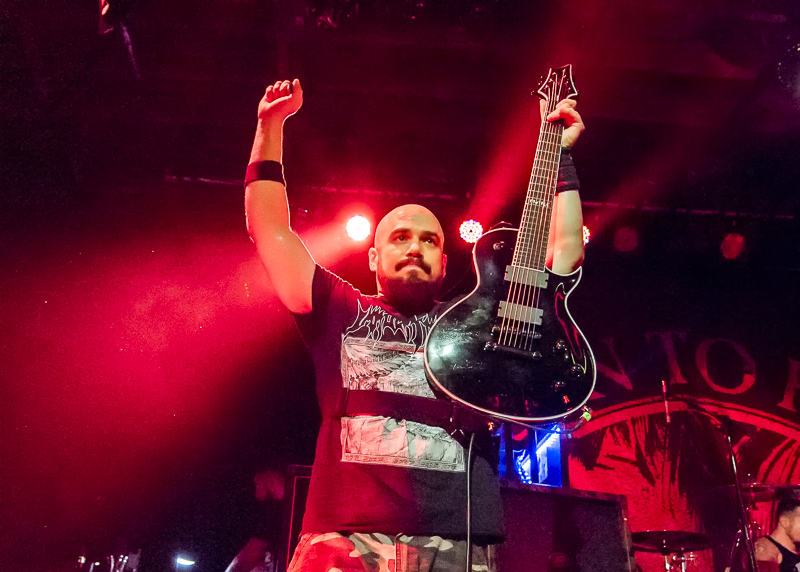 As if the classic tunes and seeing Mike Patton were not enough to leave the crowd with plenty to rejoice and tell their friends about, the band had one more trick up their sleeves. After finishing the Roots material, they ended the evening with a very Cavalera version of Venom’s “Black Metal” that left the crowd hoarse after screaming the chorus in unison. Safe to say, the roots are very strong and run very deep in The City.

For more information on Max and Igor Cavalera’s Return to Roots, check out this website.