Post-rock titans Caspian put on an unbelievable show last Wednesday night at the Great American Music hall, performing an impressive collection of songs from the entirety of their discography to a nearly sold-out crowd. The five-piece specializes in a cinematic kind of rock in which songs gradually build and release tension before exploding into crescendo. The bedrock of their sound is the interplay between three separate and distinct guitar players, each of whom weaves gorgeous melodies into their complex chord voicings. While the songs are mostly instrumental, there were a few brief (but satisfying) passages that featured some vocals from bandleader Phil Jamieson, who sang with a heavy amount of vocal manipulation from some on-board effects pedal.

Backed by an array of lights, the band opened up with the beautiful and stunning “Waking Season,” a gentle yet moving piece of music that gradually layers shimmering guitars along with pounding drums and bass. The song pulls back just at the right point in time to leave the audience clamoring for more as the lighting rig pulsated in perfect time with the band.

The main part of the setlist comprised tracks from their latest album, Dust and Disquiet to go along with a few older songs. Those expecting an exact recreation of the album’s dense sonic tapestry were undoubtedly impressed as Caspian had no trouble replicating the recording in a live setting. This became especially apparent when the band tore through the lead single from the album, the massive “Arcs of Command.” Guitarists Erin Burke-Moran and Jonny Ashburn gave the song its epic sounding feel thanks in part to their stellar lead playing, layering roaring guitars over Jamison’s steady chordal playing.

A few songs later, Caspian rolled out another new track, the surging “Darkfield.” The song begins with an understated synth loop over which Joe Vickers plays a rhythmically complex, tribal sounding drum pattern as Jamieson laid down a precise guitar figure, gradually ramping up the tension. Just when it seemed like all three guitarists are about to let it rip they drop out, allowing for Jani Zubkovs to enter with a sinister and grinding distorted bassline. The song continues on this trajectory as the guitars come back in to layer another dense web of harmonies on top before fading out in a haze of feedback.

After thanking the audience for a great night, Caspian closed out their set with a rendition of their newest single, “Castles High, Marble Bright.” Much like the rest of their musical output, the song slowly builds itself up in majestic fashion, relying on a great sense of dynamics to pull the listener in before exploding in a sea of shimmering guitars. It was the perfect cap to an incredible evening of music that once again showcased Caspian’s amazing ability to captivate and move an audience. 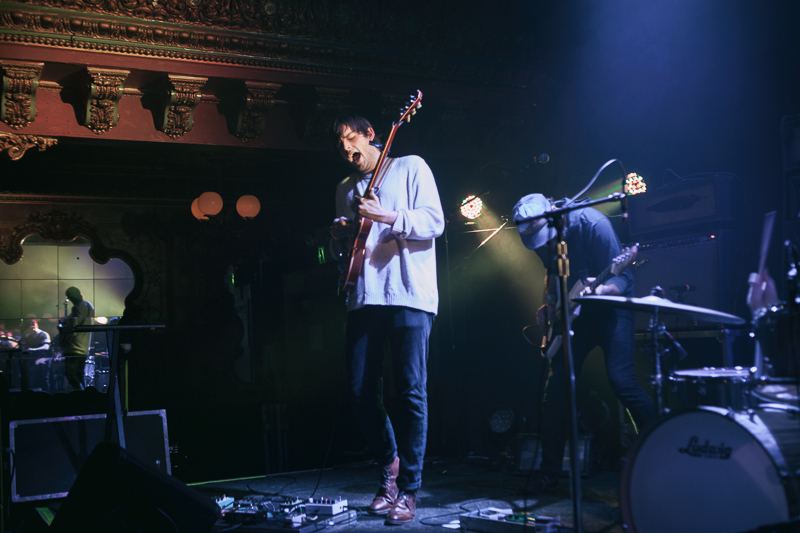 Emo legends The Appleseed Cast opened up the show with a powerful set that drew on their unique blend of hardcore, math-rock, and post-rock sounds. It is difficult to lump their sound in with other so-called emo bands; aside from having personal/emotional lyrics, the band sounds very little like the troves of bands that dominated the music scene 10-15 years ago. Instead, The Appleseed Cast uses their technical acumen to create an impossibly dense sound to complement Christopher Crisci’s powerful vocals. 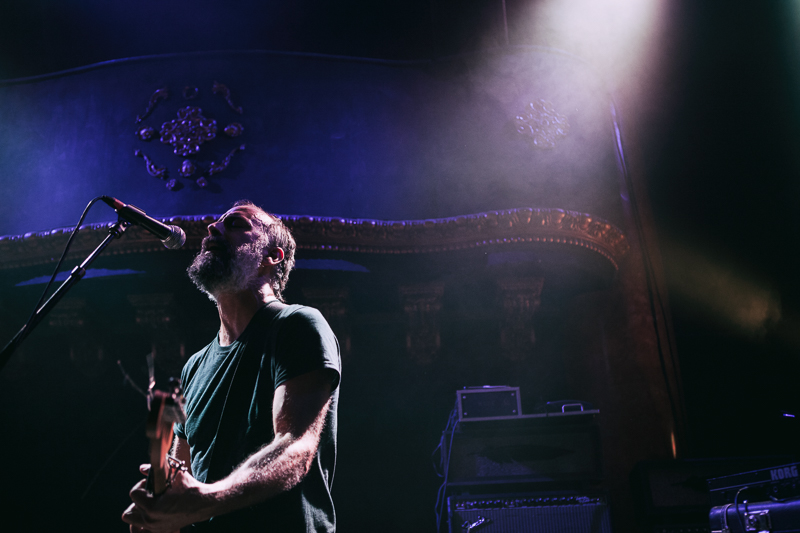 Most songs rely on a dense network of complex guitar passages, with each of the band’s three guitarist playing separate passages in order to create a web of harmonically rich and vibrant sounds. Of course this is all made possible by drummer Nathan Wilder, whose astonishing drum playing anchored each song while at the same time allowing for some incredible beats and fills to slam through the mix.

Setlist: Waking Season | Echo and Abyss | Some Are White Light | Gone in Bloom and Bough | Arcs of Command | Sad Heart of Mine | Ghosts of the Garden City | Ríoseco | Darkfield | Castles High, Marble Bright

Find out more about The Appleseed Cast here.