David Johansen, performing as Buster Poindexter, put on a fantastic performance at The Chapel in San Francisco recently. Johansen, who’s had an eclectic career doing basically whatever he wants, started off in New York City as the lead singer of prepunk band The New York Dolls. Formed in 1971, he and his bandmates guitarist Johnny Thunders, bassist Arthur Kane, guitarist and pianist Sylvain Sylvain (who replaced Rick Rivets), and drummer Jerry Nolan (who replaced Billy Murcia in 1972 upon his death) created one of the most influential hard rock bands of all time. Though never having huge commercial success, they stunned audiences with their androgynous and outrageous stage clothes, wearing four-inch-high platforms, satin, teased hair and makeup, and Johansen himself would sometimes wear a dress. This predated the glam rock and punk era and their influence could later be seen in bands like Kiss, The Damned and The Sex Pistols. 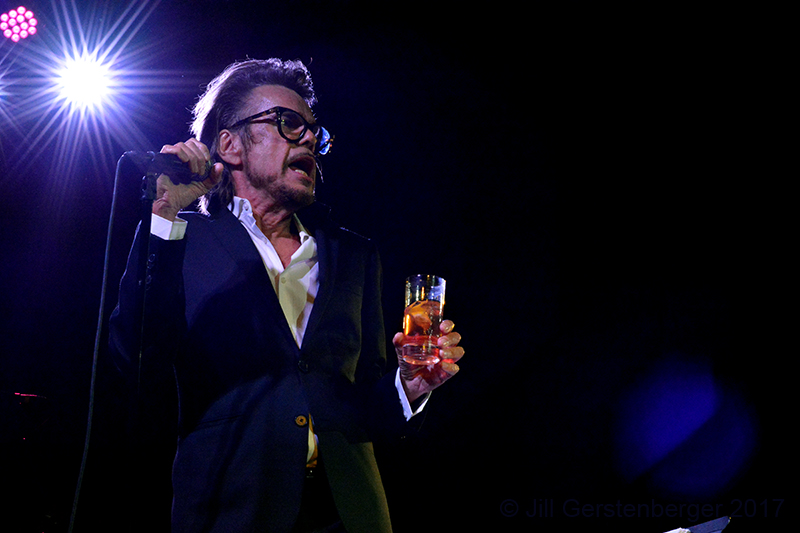 Their debut album, New York Dolls, was produced by singer-songwriter Todd Rundgren and included the songs “Personality Crisis,” “Looking for a Kiss,” and “Jetboy.” The band dissolved after the release of their second album with the self-prophetic title, Too Much Too Soon, when interpersonal conflicts and substance abuse problems took a toll. Johansen immediately began a solo career after the breakup and in the late 80s, achieving moderate success under the moniker “Buster Poindexter.” Donning a pompadour and tuxedo, he created a lounge act with horns playing jazz, lounge and calypso music. 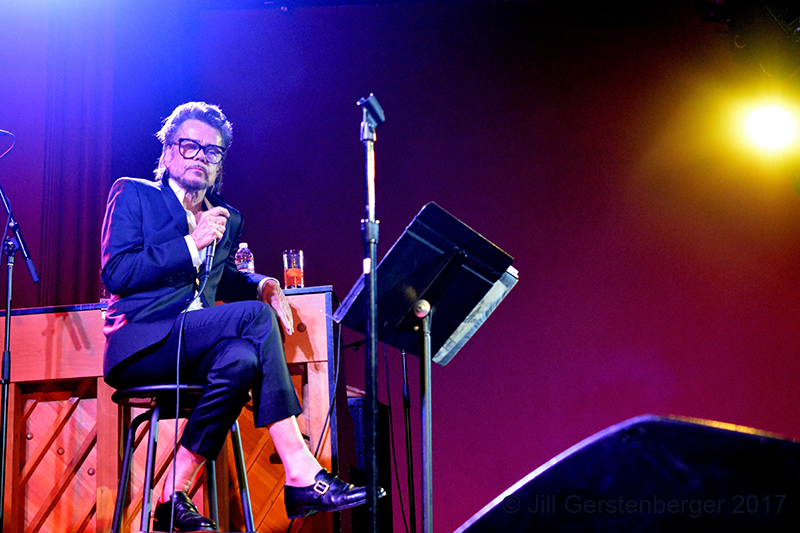 After appearing as part of the house band on Saturday Night Live, Johansen/Poindexter scored a hit with the song “Hot, Hot, Hot,” a cover of a calypso song by the musician Arrow. Johansen has also done some acting, including playing the Ghost of Christmas Past in Scrooged as well as parts in Freejack, Searching for the One Eyed Jesus, and A Very Murray Christmas. He also formed a country blues group, The Harry Smiths as a tribute to the late Harry Everett Smith, and he hosts his own weekly radio show on Sirius Satellite radio called David Johansen’s Mansion of Fun which features music from all over the map from blues to jazz and world music. 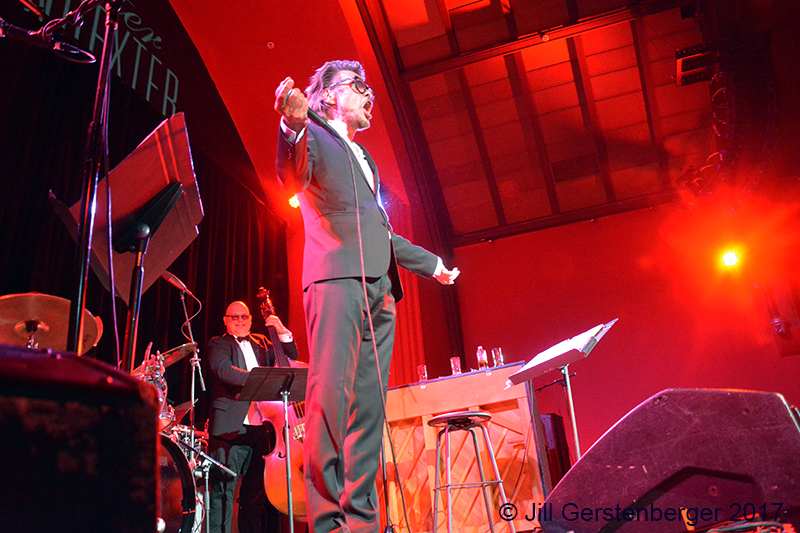 The show at The Chapel was so well dialed in it could be compared to an off-Broadway musical. The song selections appeared to be chosen by someone with reflective and refined taste and it was almost reminiscent of being over at a fine record collector’s house while he showed you pieces of his collection. The Chapel, which is a converted mortuary built in 1914, has high arched ceilings, wood floors, and balcony seating above the bar. They decked the floor out in candlelit tables for the evening which gave the room a piano lounge vibe. 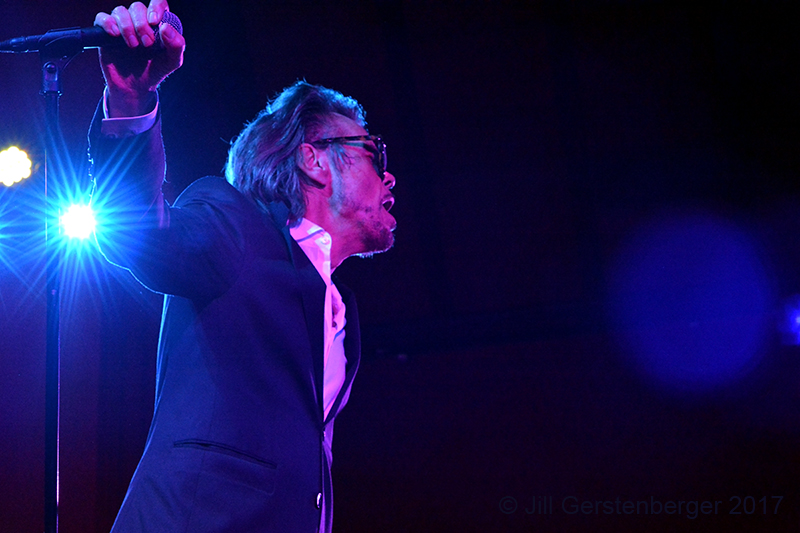 The tuxedo-clad band hit the stage and did a cover of The Animals “Club A Go-Go” and went on to the Lord Intruder calypso cover “Zombie Jamboree.” Between songs, Johansen would go into some wry dark humored and well timed jokes about death, drinking, and politics, which the audience loved. His voice has a gravelly baritone that resembles Tom Waits and always appears on the edge of cracking but stays miraculously on key. 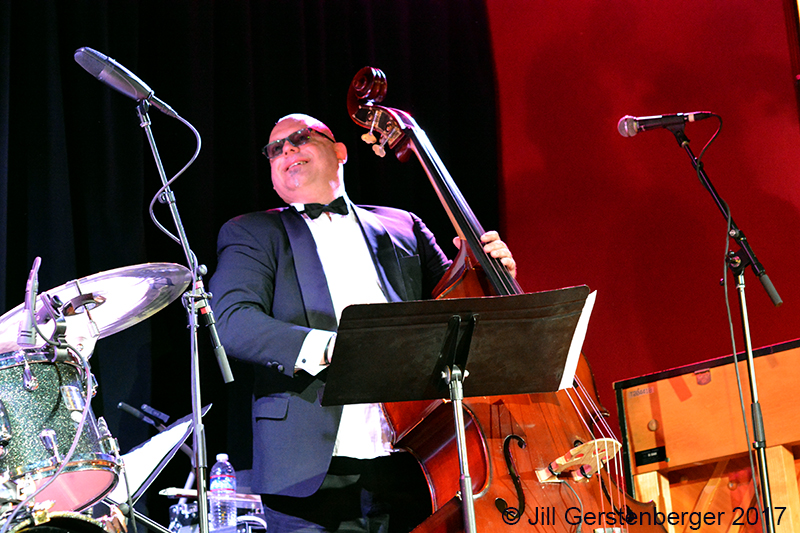 Johansen did a version of the Solomon Burke cover “Cry to Me” that was powerful and soulful with an Otis Redding feel. From there he did a cover of the Ray Charles song “Mess Around” which had the audience hooting and hollering while the band inserted some foot tapping bass and rattle snake shuffling drum solos. He did another soulful tune “Deserie,” a Charts cover, before belting out an incredible version of “Piece of My Heart,” loud, powerful, and chill inducing. It also left you wondering how incredible it would have been to see him performing live back in the day at CBGB’s with the Dolls. 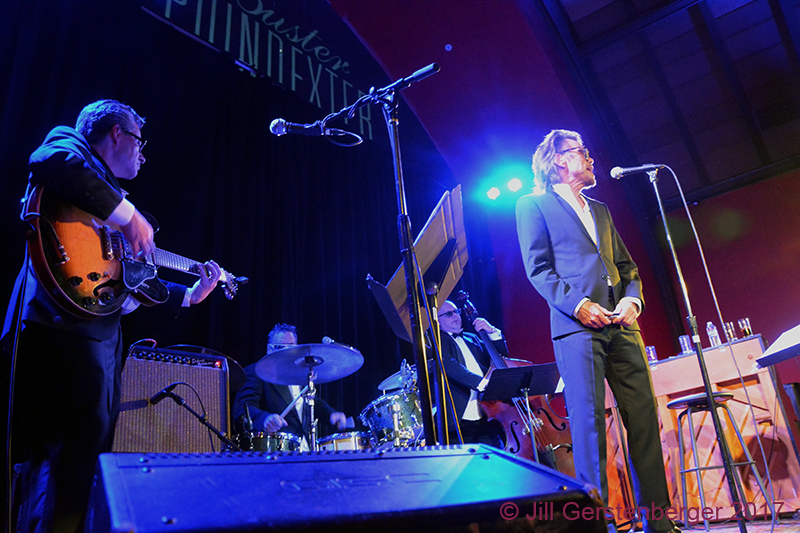 Johansen went on to a few more jazzy tunes, “Deep in a Dream,” which included a nice guitar solo, the Dinah Washington hit “This Bitter Earth,” which was slow and dark, and “Oh Me Oh My (I’m a Fool For You Baby),” which is a Sinatra style love song. Johansen turned it up a notch at this point and pulled out his harmonica and went in to a rousing version of John Lee Hooker’s “Boom Boom,” with the harmonica took over the guitar parts. The audience went wild when he did his version of Dean Martin’s “Volare” followed by an excited and compelling rendition of “That’s Life,” which had the audience on their feet for the first of several standing ovations. 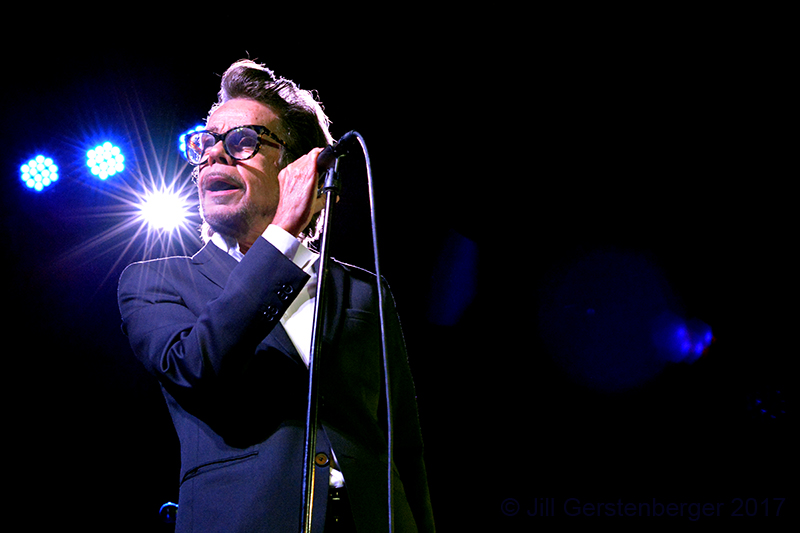 Johansen returned for his second encore, harmonica in hand, to do an extended version of his song “Heart of Gold,” which features the lyrics, “You think I’m a whore but I got a heart of gold,” which had the crowd cheering and ending with a second standing ovation from th. They returned for the final encore with an electrifying version of James Cotton’s “Rocket 88,” which sounded like all hell was breaking loose and the band was playing in small jazz club in New Orleans. All in all, it was a fabulous performance by Johansen and the band; the hour and half set flew by. Hopefully they come out to our beautiful city by the bay again real soon.