If there is one word to describe Bryan Ferry on stage in 2016, it’s romantic. Ferry’s instantly recognizable voice takes nearly obliterates the need for lyrics in its sensual richness. Ferry looks the part, appearing at least 20 years younger than 70, dressed to kill, as they say. Even singing the old Roxy Music creep-out “In Every Dream Home a Heartache,” Ferry’s love song to his inflatable doll, this year’s version is creepily romantic rather than just creepy. In the back rows, where it was easy to stand and move around a few feet, couples wrapped their arms around each other and slow danced to many of the songs. 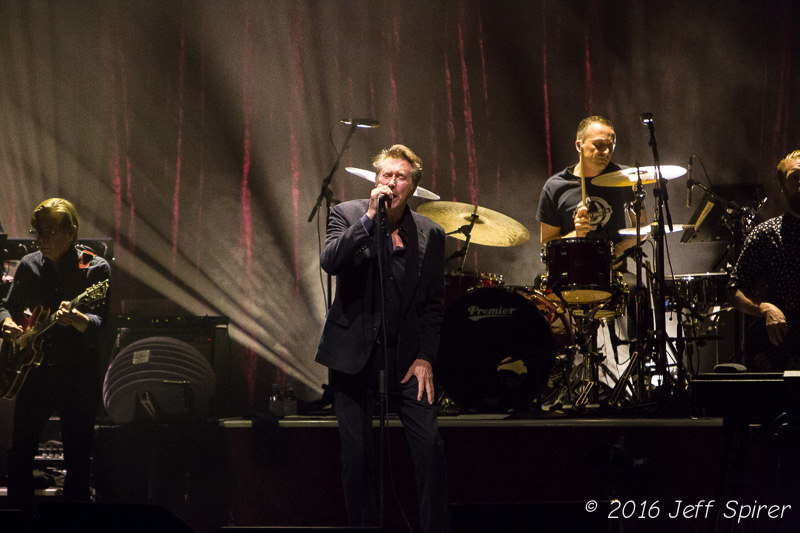 If there is one word to describe Bryan Ferry’s band, including Ferry occasionally on piano and harmonica, it’s lush. With four guitars, bass and drums, two vocalists, a violinist who doubled on keyboards, a saxophone player who also doubled on keyboards, yet another keyboard player, and Ferry as well, it envelopes, dense and warm, almost like a feather pillow behind Ferry’s voice. The sound hearkens back to Avalon, Roxy Music’s fifth album. 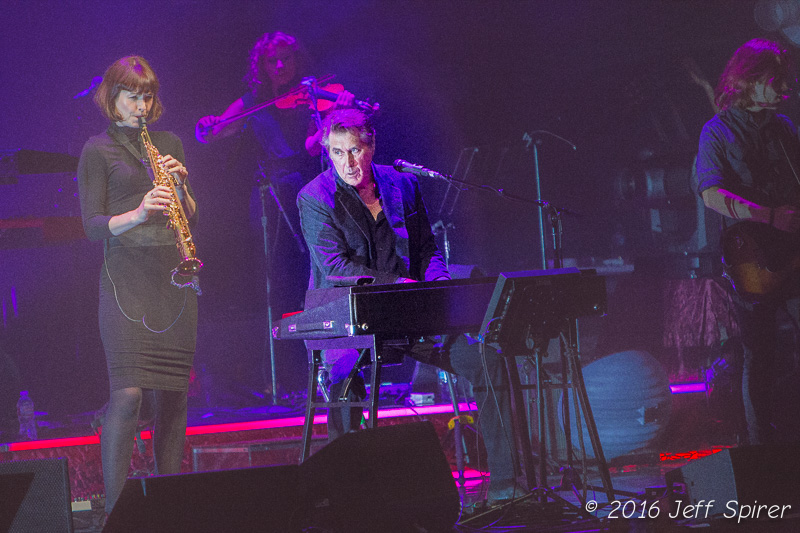 Ferry seems to relish opening up the stage to the musicians for solos. Most came from long-time guitarist Quist and Australian sax virtuoso Jorja Chalmers. Chalmers somehow coaxed the sax into sounding like the oboe that was a standard for Roxy Music. Other solos featured the bass player (Jimmy Sims) and the other guitarists. 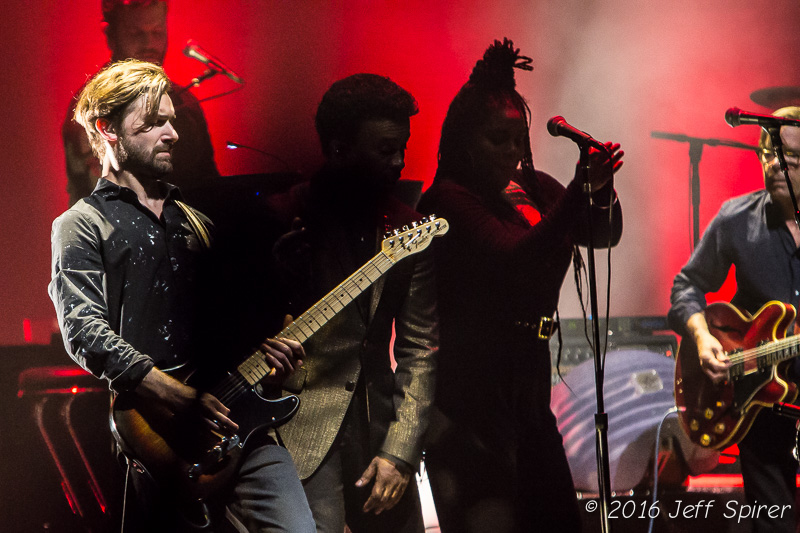 If there is one word to describe the set list, it’s deep. Resisting both the temptation to pepper the show with new songs that long-time fans don’t recognize or to simply perform a too familiar greatest hits show, Ferry played several songs from last year’s Avonmor along with a string of better-known songs from Roxy Music and solo career, including several covers. 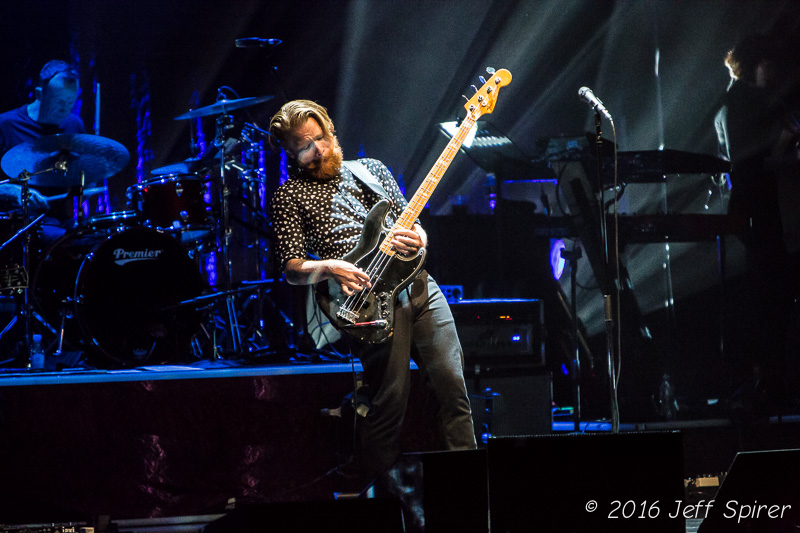 Indeed, it was Ferry’s cover of “Jealous Guy” that seemed to take the show into another dimension. First performed by Ferry as a tribute to John Lennon when he died, the song could have been written for Ferry to perform, one of those covers that displaces the original, like Jimi Hendrix and “All Along the Watchtower.” Other high points included a smoothed out but still fiery take on Roxy’s “Remake Remodel,” “Slave to Love” from Ferry’s first solo album, and, as one should always expect at a Ferry show, “Virginia Plain,” the first single from Roxy Music, dating back 1972 and still sounding fresh, even free from the art-rock roots it sprang from. And there was one quiet moment, Ferry’s cover of Dylan’s “Don’t Think Twice, It’s All Right,” accompanied only by Ferry himself on keyboards. 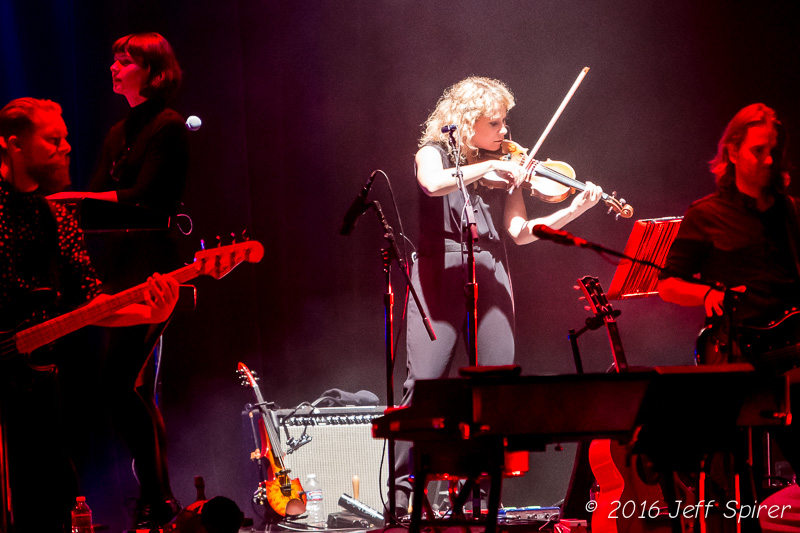 In a nod to the most welcome concert trend of 2016, Ferry disposed of the now less-than-obligatory encore. Rather than wasted the audience’s time with the band setting down all their instruments, walking slowly off stage, waiting for three minutes of clapping and yelling, walking back on stage, picking up all the instruments, and…well it should be obvious. Instead, near the end, Ferry walked to the edge of the stage for a few seconds and then walked back. From performers like the Swans and Erykah Badu dispensing totally with encores to Jessica Hernandez announcing the band’s “fake last song,” encores have been making a long-needed disappearance. And for Ferry, it kept the fans, standing out of their seats at the end, truly enjoying the show instead of going through the disruption. It kept that romantic, lush mood lingering with the audience, right out the front door of the Masonic Auditorium. 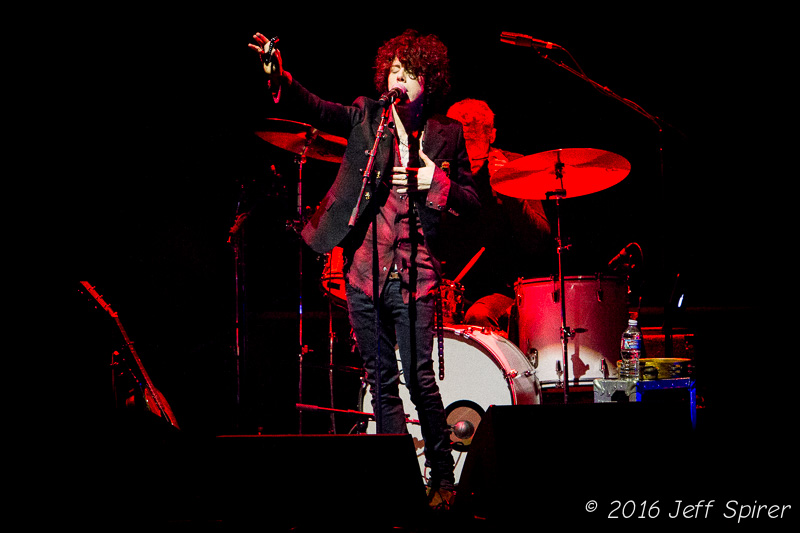 Opener LP played a short but delicious set. Not all that well known as a performer, LP is an accomplished songwriter, having coined hits for Rihanna and The Backstreet Boys. Knowing about her songwriting doesn’t prepare for the set she gave, six intimate folk-rock tunes with a three-piece band that drew in Ferry’s audience. Hopefully the Bay Area will get a return visit with a longer set. 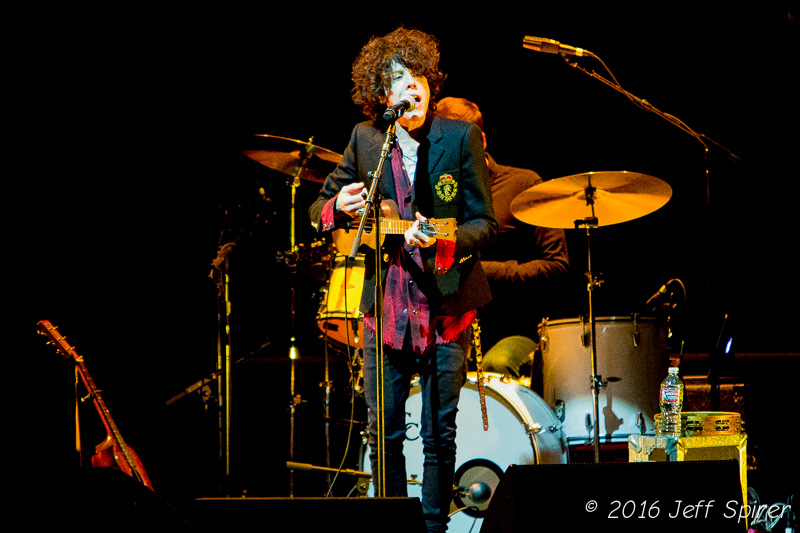 For more information about Bryan Ferry, see his website.