Seeing the Brian Setzer Orchestra perform Christmas Eve at downtown San Francisco’s Warfield Theater has become as much a part of celebrating the holidays in the city as seeing the Embarcadero lights and the Macy’s X-mas tree. The big band, which was formed in 1990 by Stray Cat’s front man Brian Setzer, has a full trumpet, trombone, saxophone, rhythm section and backup singers who play a combination of swing, rockabilly, rock and roll and jump blues. 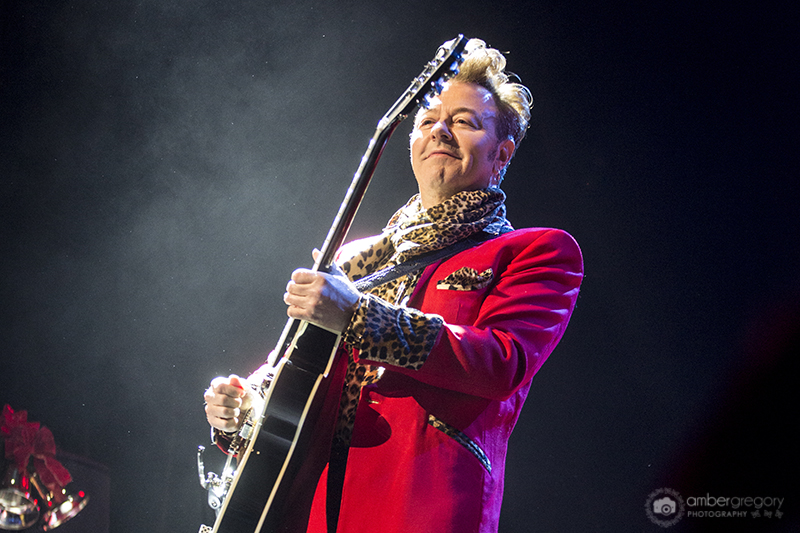 The holiday themed set was filled with Christmas covers and rockabilly tunes while the band was dressed in festive suits and the stage was adorned with Christmas trees and toy soldiers. All of this gave the crowd a reason to dress in their holiday finery as the ladies wore pencil dresses and Santa hats while the men on their arms were wearing 50s-style suits, creepers, and pompadours. There was a sparkling energy in the air as people were enjoying the holiday atmosphere the last night before Christmas.

The band hit the stage like a fireball with the Brenda Lee cover “Rockin’ Around the Christmas Tree” and they never let up until the end of the show. The crowd was dancing and having a good time while the horn sections blared and did synchronized choreography in the background. Brian is an amazing guitar player and bandleader and was able to switch from doing Chuck Berry style struts around the stage with his guitar to telling quirky jokes to the band and crowd. They played another big band swing number, ‘Hoodoo Voodoo Doll’ and then did a cover of the Stray Cat’s song, ‘Stray Cat Strut’, that had the whole crowd singing along. 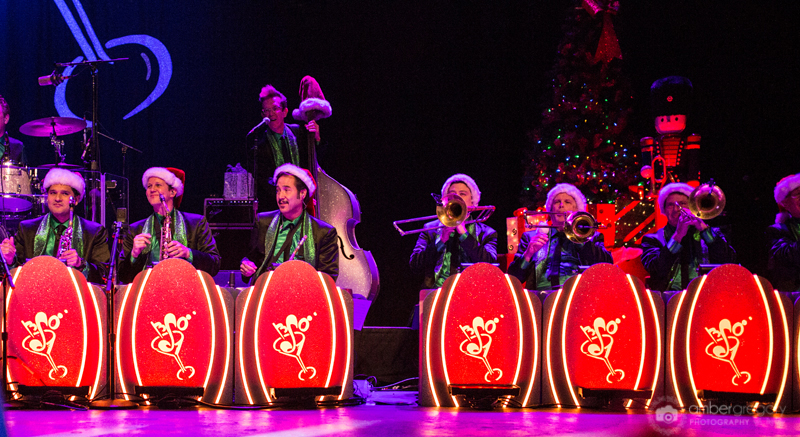 This was followed with a couple more Christmas songs, “Boogie Woogie Santa Claus” and “Here Comes Santa Claus,” and then Setzer did an amazing solo guitar piece on a vintage guitar, “Sleep Walk,” the Santo and Johnny cover, that showed off his skills as a Grammy winning guitarist. The tones he was getting were incredible and warm and had the audience mesmerized.

A real crowd pleaser was the Louis Prima cover “Jump Jive an’ Wail,” which was one of the band’s first hit singles. The band went on to do a spectacular version of AC/DC’s “Let There Be Rock,” in swing rockabilly style. Setzer really started to get into a groove during this song and was literally shredding on the guitar. He went on to do a quiet version of Mel Torme song “The Christmas Song’ (Chestnuts Roasting On An Open Fire),” singing and playing guitar by himself. 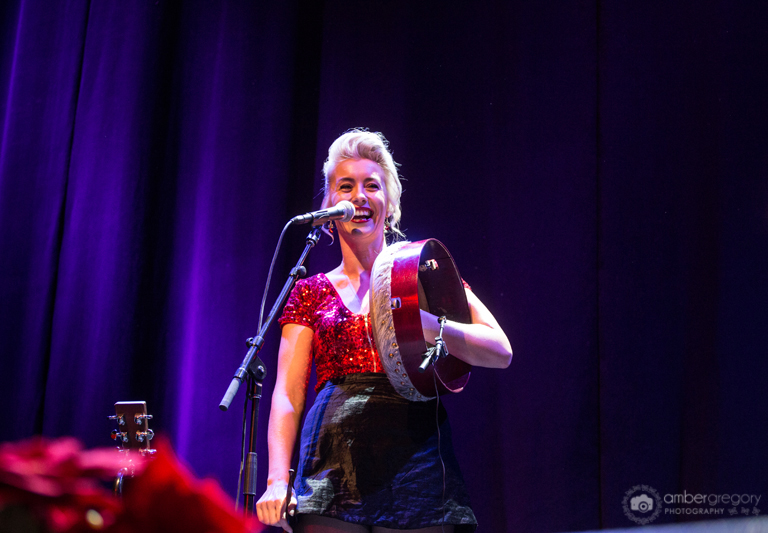 The show really got exciting right after this as the band did a short rockabilly set with Setzer on guitar, Johnny Spazz Hatton on upright slap bass, and Daniel Glass on drums. Hatton and Glass also play with the top-notch rockabilly band Royal Crown Revue, and are both super talented musicians in their own right.

The BSO went on to do a cover of the Carl Perkins song, “Put Your Cat Clothes On,” and from there went into an incredible version of the Stray Cat’s song “Fishnet Stockings’,”which ended with Hatton standing on his upright bass while playing it and had Setzer standing on top of the bass drum and eventually standing on top of Hatton’s bass after he dragged it across the stage. It was highly entertaining and the crowd went crazy, up on their feet clear to the balcony seats in the rafters. They went on to play “Rockabilly Rudolph” and the Stray Cats cover “Rock This Town” before being cheered on for an encore. 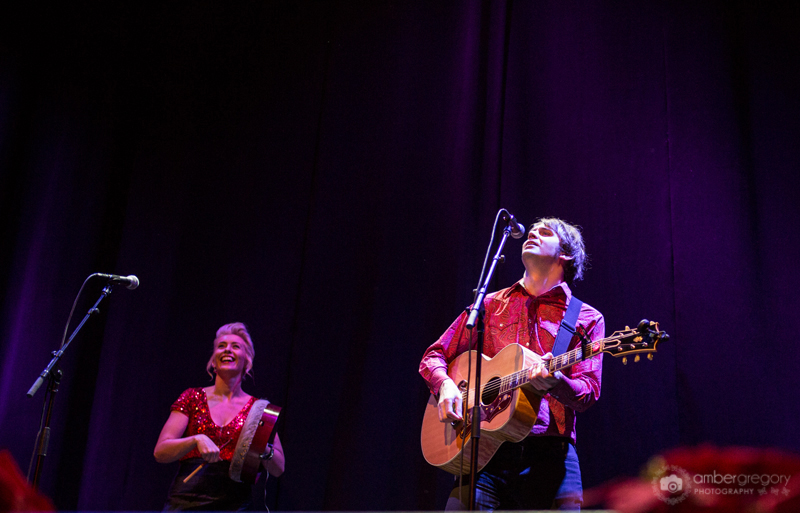 The band returned to the stage with the instrumental “Nutcracker Suite” and finished with an upbeat version of “Jingle Bells,” complete with a dancing Santa Claus who threw candy canes out to the crowd from his sack on his back. All in all it was an amazing and entertaining show from start to finish and it can’t be too soon for the Brian Setzer Orchestra to return next year to help us celebrate the holidays again. Setzer said that the venue had already asked him to return next year so there is a whole year to look forward to him rocking our socks off again.

Find out more about the Brian Setzer Orchestra here.