The Brian Setzer Orchestra’s annual Christmas Eve show at The Warfield is becoming a must-see holiday favorite for San Franciscans. The venue, which is just a block and a half from the Powell Street BART station, helps you get intp a festive mood on the walk there, with the cable cars surrounded by lighted trees at the turnaround, magical window displays in the stores, and last-minute holiday shoppers bustling around with their packages. Inside, the packed crowd looked more like they were attending a fancy holiday cocktail party than a show. There were ladies in red sequined floor length ballgowns on the arms of tuxedo clad gentlemen, kids in Santa hats, some rockabilly folks, and loads of smiling people having a good time. 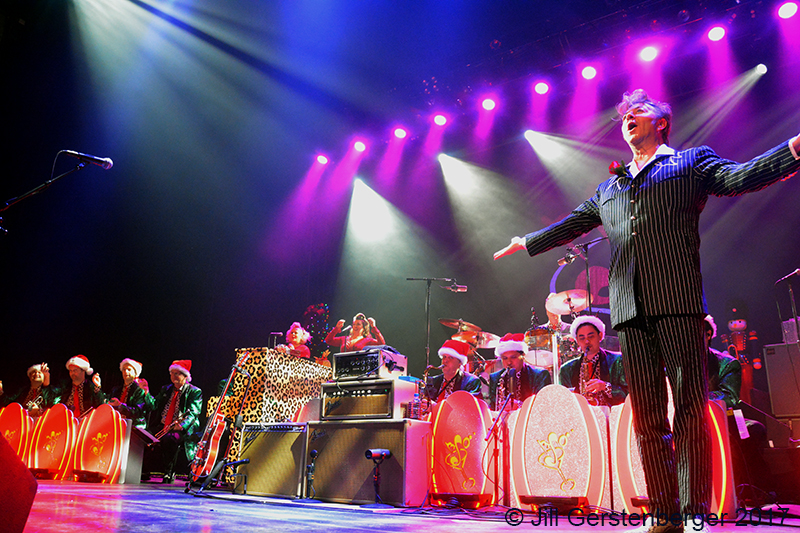 It’s hard to imagine but the show that Setzer has put together just seems to get better every year or maybe he’s just enjoying it more. The band he’s put together is a group of top notch musicians that includes a full horn section, backup singers, piano player, and a rocking rhythm section. Setzer kept the energy high by mixing some old favorite hits like ‘Stray Cat Strut’ and ‘Gene and Eddie’ along with traditional Christmas favs like ‘Angels We Have on High.’ 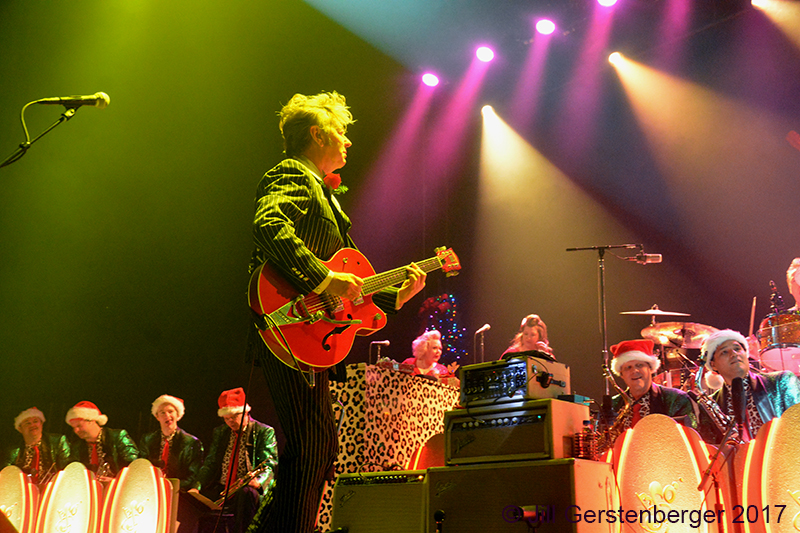 Setzer got the crowd dancing with a couple fast numbers, ‘Dirty Boogie’ and ‘Jump Jive and Wail’ before heading into a few unexpected tribute covers including the Jimmy Webb tune ‘Lineman for the County’ made famous by Glen Campbell and the Tom Petty and the Heartbreakers hit ‘Running Down A Dream,’ which was surprisingly good. The band then left the stage while Brian did a solo version of the Mel Torme hit ‘The Christmas Song-Chestnuts Roasting On An Open Fire’ with his guitar, which had such a warm tone we might love it as much as Brian. The crowd was getting more and more spirited at this point and started yelling, “Merry Christmas!!” during the quiet parts. 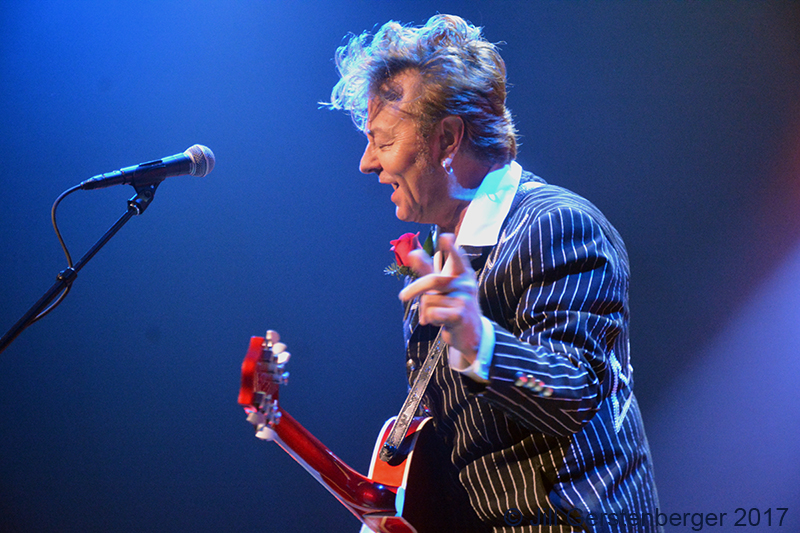 The band returned to the stage and played a couple rocking boogie-woogie numbers before going in to a fantastic version of the wonderful rockabilly tune ‘Fishnet Stockings.’ Bass player Johnny Hatton is an incredible showman and managed to keep playing while standing on top of his upright bass and also letting Brian sit on it during parts of the song. From there they went in to a fast and spirited version of the hit ‘Rock This Town’ that included a drum solo from Noah Levy who could arguably be considered one of the best drummers in this genre. The horns section went all out during this song which had the crowd up and dancing like crazy too. 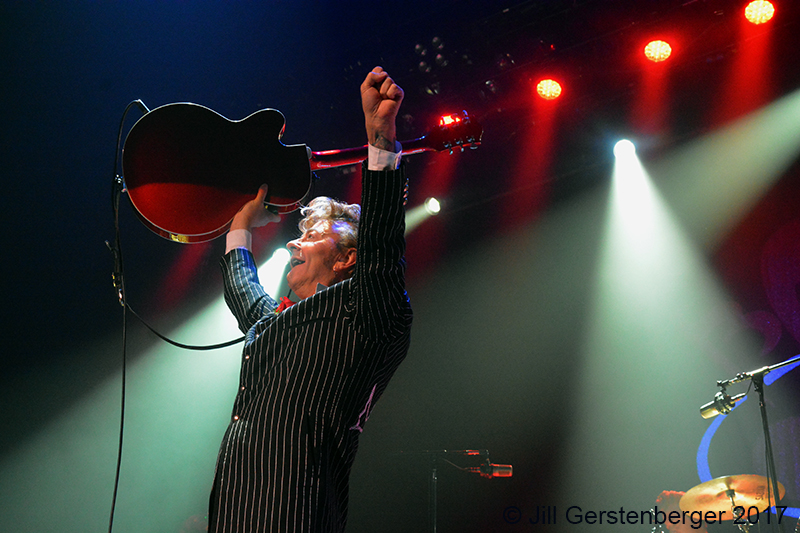 After this, the band left briefly and then came back for an encore of ‘The Nutcracker Suite,’ which they’re becoming famous for. Setzer came out in a light green rhinestone encrusted jacket and fumbled with about five feet of sheet music on his music stand before breaking into the tune. This song showcases him as a bandleader as well as he turns to the different members of the band and cues their parts and encourages them when they hit the marks. The final song was a lively version of ‘Jingle Bells’ that included a Santa Claus skipping across the stage throwing candy canes to the audience while snow machines spattered soap like flakes on to the crowd. Everyone was smiling and saying “Merry Christmas” to the new friends they met during the performance as they filed out of the venue. It was really a fun night.

Opening for The Brian Setzer Orchestra was The Texas Gentleman. These guys had an old school blues rock vibe to them like The Band or The Allman Brothers. Formed in 2012 in Dallas, TX, this talented group of musicians might be session players as a couple of them rotated instruments from keys, to bass, to guitar, with ease. We really enjoyed their set and their funky country hit ‘Habbie Doobie’ got the crowd really going before The Brian Setzer Orchestra’s set. These guys were good enough to headline in their own right so we’ll be looking out for them to see where they might be bringing their show on the road. They’re definitely a band to watch out for.

Here’s a slideshow with more photos of The Brian Setzer Orchestra by Jill Gerstenberger:

For more information about the Brian Setzer Orchestra, check out their website.

Find out more about The Texas Gentlemen here.