Booker T Jones brought on the soul at four sold out shows over two nights at The Independent in San Francisco. Best known for being a master of the Hammond B-3 organ, he’s also founding member and front man of the funk/R&B instrumental group Booker T and the MG’s. Formed in 1962, Booker T and the MG’s were the house band for Stax records and played as the backup band on hundreds of recordings for many singers including Otis Redding, Sam and Dave, Albert King, and Wilson Pickett. They were instrumental in creating the Memphis soul sound that was known for its’ groove which ended up being copied all over and is still enduring today. 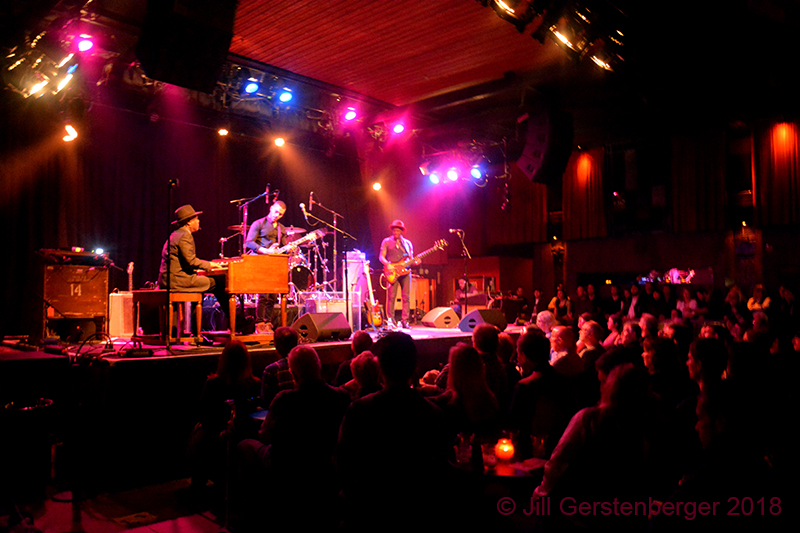 The Grammy Lifetime Achievement Award Recipient, Musicians Hall of Fame inductee, and Rock n Roll Hall of Fame inductee is a bit of living legend, so it was quite a treat seeing him perform in an intimate venue like The Independent. The club was filled with candle-lit cocktail tables and there was standing room only at the sides and back. Jones hit the stage wearing a sharp suit and top fedora and looked much younger than his 73 years. He also seemed like one of the coolest cats out touring today with his stories between songs about his encounters with Al Green, Jimi Hendrix, Prince, Bob Dylan and Bill Graham. While Booker T and the MGs still plays live, the band playing with him as a solo act this evening was a smaller ensemble that included his son, Ted Jones, on guitar, Darian Gray on drums, and Melvin Brannon, Jr on bass. 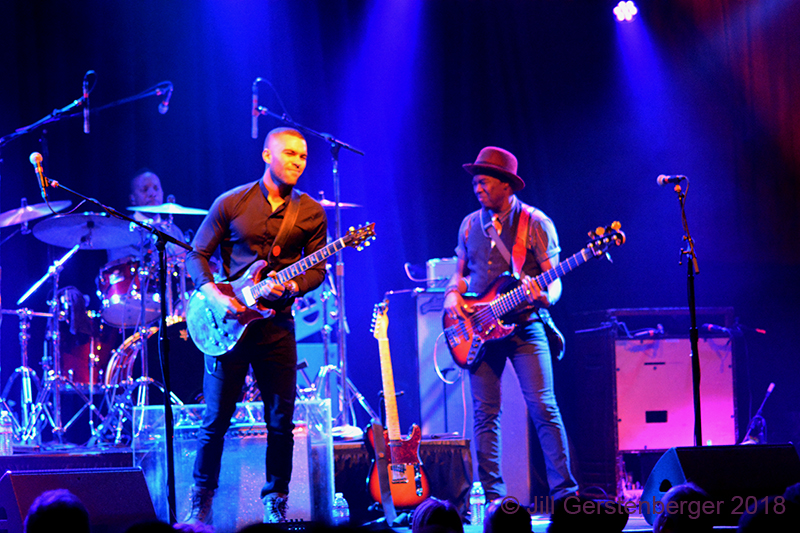 The band started off the set with the spaghetti western sounding tune, “Hang Em High,” which set the tone for a wonderful evening of music. They went in to the funky little tune “Boot Leg” and then played the bluesy “Born Under a Bad Sign,” which was written by William Bell and Booker T Jones but was made a hit by Albert King. They played the chart-topping hit “Green Onions” early in the set and the crowd went wild for the tune. Jones strapped on a guitar and they played a few cover songs including “Hey Joe,” “Knockin on Heavens Door,” and “Purple Rain,” all in slower bluesy groove tempos. Jones’ son Ted did an excellent job on guitar and they look like they really enjoy performing together. Jones went back to the keyboard for the rest of the set as they went in to a funky version of “Melting Pot” that included a slap bass solo from Melvin Brannon, Jr. that had the crowd cheering and clapping. 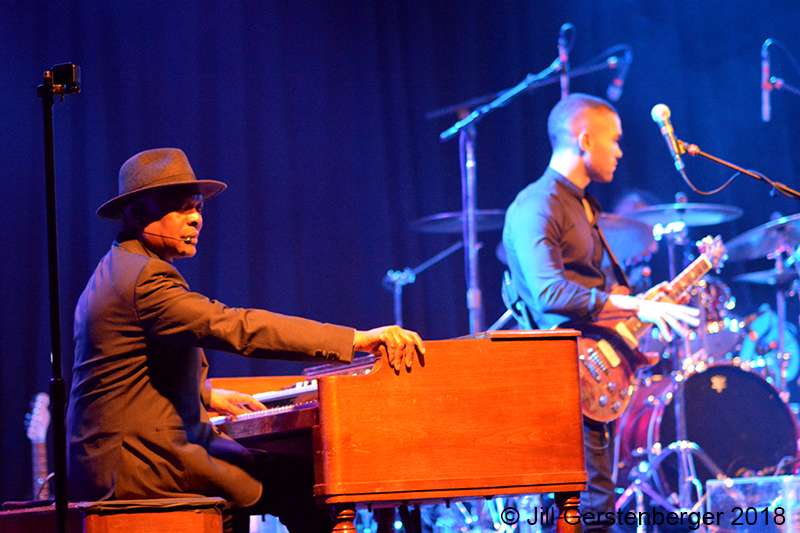 Jones has managed to stay current by working with modern artists and an example of that was his next song, “Everything is Everything” a Lauren Hill cover that appeared on his Grammy winning album The Road to Memphis, released in 2011, which also included hip-hop band The Roots as his backing band. This is a great mix of old and new music which you should give a listen to if you haven’t already. The band finished the set with an uplifting Outkast cover, “Hey Ya,” and the crowd, which had been seated through most of the show, was now up and dancing. 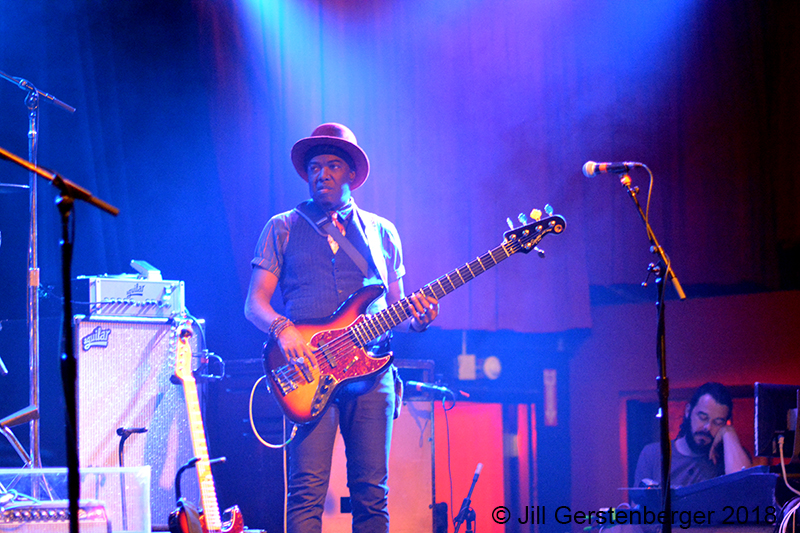 The final song of the evening was an incredibly soulful version of the Sam and Dave song, “When Something is Wrong with My Baby,” that included a fantastic guitar solo by Ted Jones. The audience gave Jones a standing ovation and cleared out of the venue pretty quickly so that people could be seated for the late show. 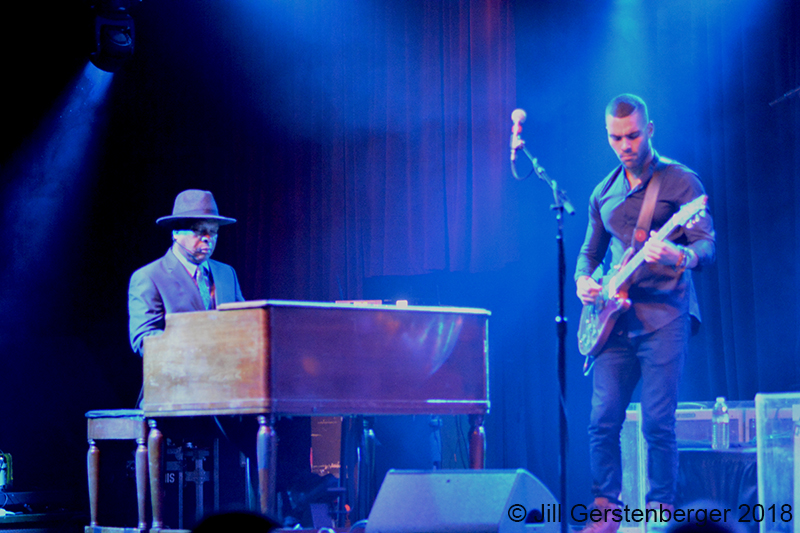 It was truly an awe inspiring evening listening to Booker T play in a small venue in they city. His recordings and influence over music have been astounding and his live performance sounded as good as the recordings. We really hope he continues to make and record beautiful music and we hope he makes it through San Francisco again.