Deep into his recent show at Golden 1 Center in Sacramento, Jon Bon Jovi paused and looked at the audience. “Some of you have been with us since 1984,” said the singer, referring to the band’s Cal Expo debut opening for the Scorpions way back when. He continued. “And some of you weren’t even born yet.” 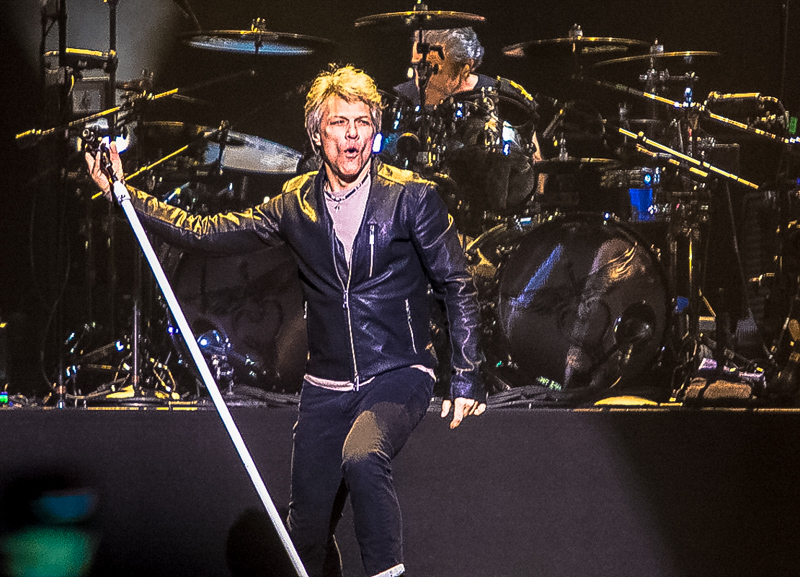 This was received well by the packed house, many of whom actually would have been old enough to have been at that long ago show. This night featured a lifetime of hits as well as some new cuts from the band’s recent album This House Is Not For Sale, which was released in late 2016. 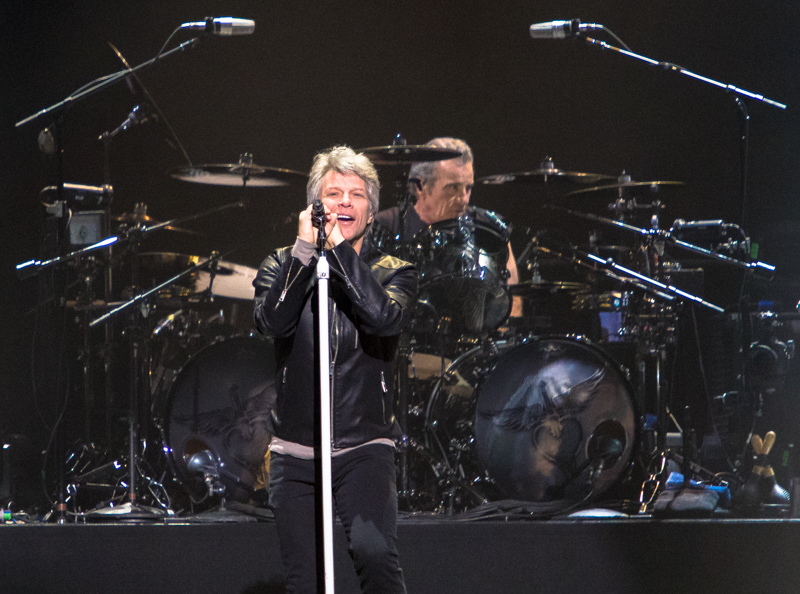 The show opened with the new cut “This House Is Not For Sale” and ended almost a couple of hours later with “Livin’ On a Prayer.” In between, there were lots of fan favorites like “Lay Your Hands On Me,” “It’s My Life” and “Bad Medicine.” 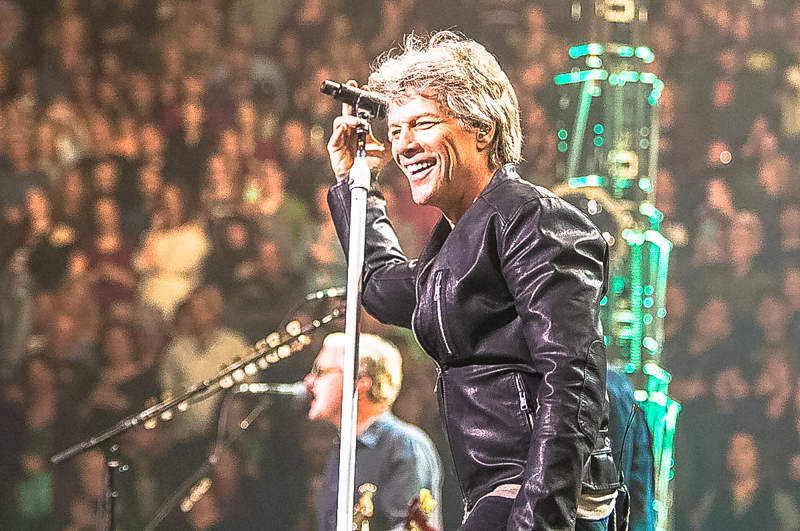 Throughout the show the singer was on point, showing why he has long been one of arena rock’s most popular frontmen. He danced, he cajoled, he pouted and at one point he did a jump in the air that gained respectable altitude and finished it with a full-on double kick. At 53 years old, Bon Jovi has let himself get a little gray but has not forgotten how to work a big crowd. 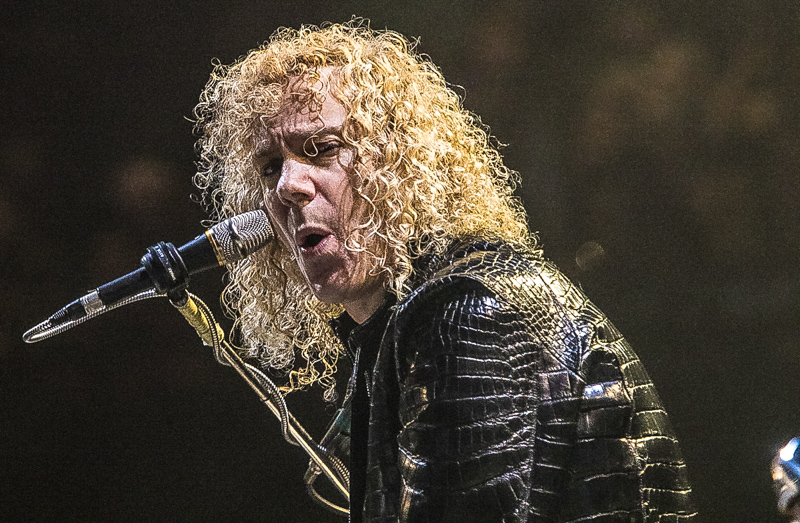 The band featured longtime members David Bryan on keyboards and Tico Torres on drums. Both were in excellent form. Torres, known as “The Hitman” to many, was particularly sharp on this night, attacking his kit ferociously. 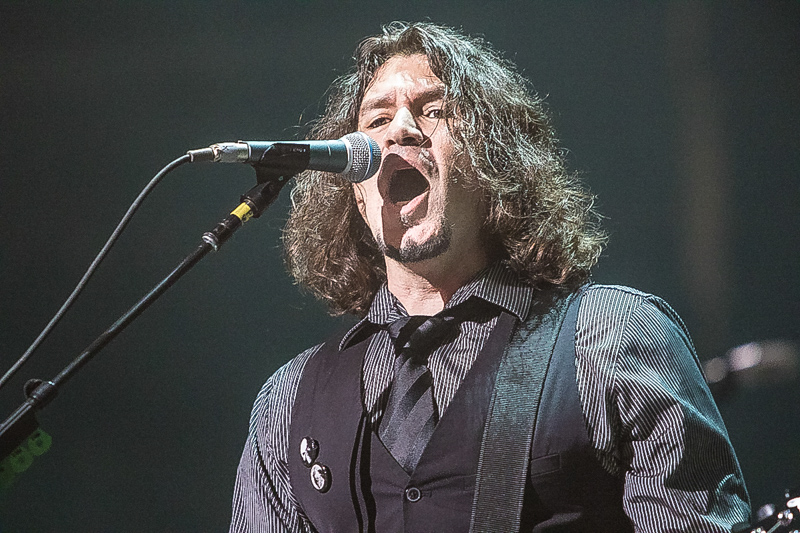 Phil X has replaced longtime guitarist Richie Sambora, whose substance abuse problems had finally taken a toll on his availability a few years ago. The new guitarist, now an official band member, is also known as Philip Eric Xenidis. He is a Canadian-Greek session player who has played on a number of rock albums including a couple by Alice Cooper and Rob Zombie. Xenidis, who also plays the bouzouki, did a stint with legendary Canadian rockers Triumph during the early 90’s. He has been playing with Bon Jovi since replacing Sambora in 2013. 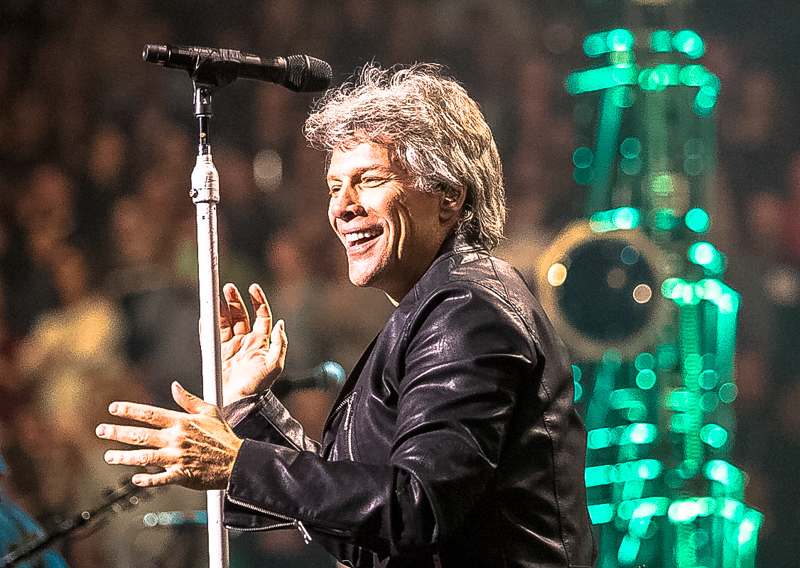 Thirteen studio albums into their career, Bon Jovi seem poised to have a solid 2017. Their stage had a variety of state of the art lighting rigs that were in constant motion, displaying varying degrees of mobility that at times had very large pieces moving, tilting, intersecting and changing colors. 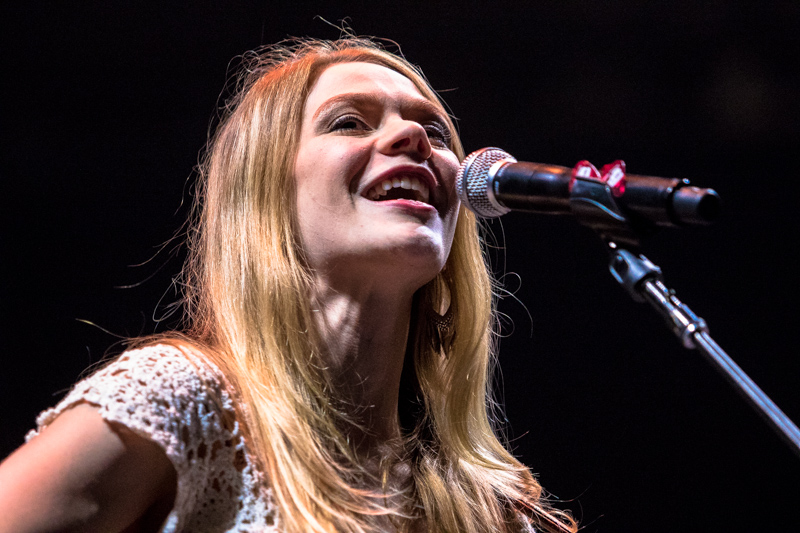 One of the unique aspects of this tour is that the opening act each night was different. The band decided to hold a contest for unknown band to open their shows. They announced in January that bands from all over the nation could submit an audition video and that the band’s management would pick the winner from a list of ten finalists narrowed by Live Nation. 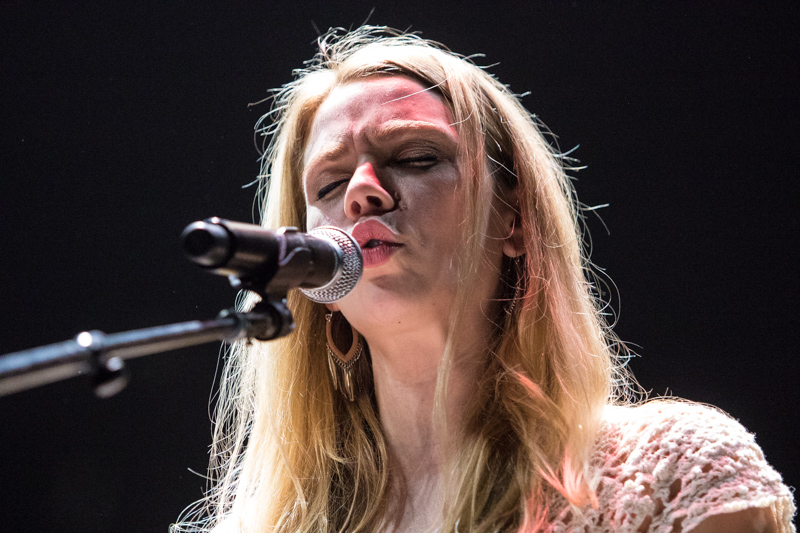 On this night, the opener was Natalie Gelman, a folk/indie rock singer from New York City. She played a solid opening set that showcased her strong vocals and seemed genuinely humbled by the opportunity to play an arena show. The only folks who felt more fortunate were the fans who seemed to devour the entire experience, along with a variety of arena beverages, from beginning to end on this Tuesday night.

Setlist: This House Is Not for Sale | Knockout | You Give Love a Bad Name | Lost Highway | Whole Lot of Leavin’ | Roller Coaster | We Weren’t Born to Follow | I’ll Sleep When I’m Dead | We Got It Goin’ On | Who Says You Can’t Go Home | It’s My Life | God Bless This Mess | Scars on This Guitar | The Devil’s in the Temple | Lay Your Hands on Me | Born to Be My Baby | Have a Nice Day | Bad Medicine | Keep the Faith || We Don’t Run | Wanted Dead or Alive | Livin’ on a Prayer

For more information on Bon Jovi, check out their website.

Find out more about Natalie Gelman on her website.