Fresh off the release of their latest album Wrong Creatures, Black Rebel Motorcycle Club came to the Fox Theater on a Thursday night to play a robust 21-song set that showcased all the facets of their sound. What gives the group so much power in a live setting is their ability to switch between dirty, grimy noise rock and uplifting, anthemic blues. Another interesting trait the band has in the live environment is that Robert Levon Been and Peter Hayes are not only impressive singers but also adept at playing both guitar and bass, switching between the two instruments throughout the set. 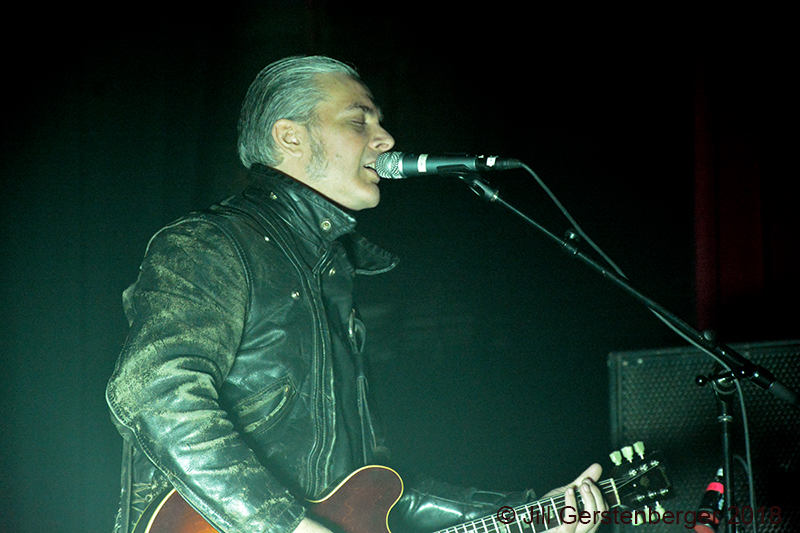 The band opened with the rollicking “Spook” off Wrong Creatures, a rocking slice of blues-rock powered by drummer Leah Shapiro’s steady drumming and Hayes’ edgy guitar lines. One of the most interesting moments came during this early portion of the set as the band stacked two killer songs back to back: “Beat the Devil’s Tattoo” and “Aint No Easy Way.” Both songs relied on some jagged acoustic guitar lines and plenty of gritty vocal performances from both Been and Hayes, who seemed to feed off the crowd’s energy as the night continued. 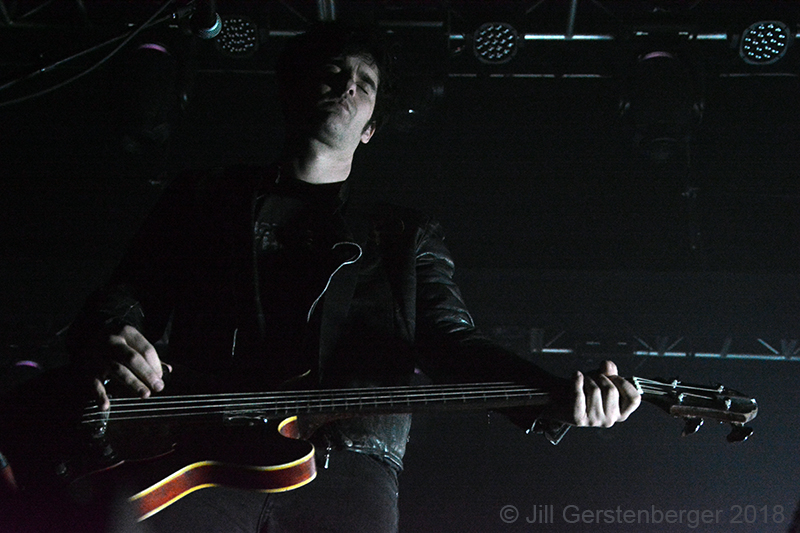 Backed by a wall of amplifiers and strobe lights, Black Rebel Motorcycle Club oozed mystery and swagger throughout the set. Following this was one of the most unusual-sounding songs of the night, the aptly named “Circus Bazooko.” The track relied on a circus organ sounding riff that meshed perfectly with Been’s gritty vocal delivery and Hayes’ blistering guitar crush. 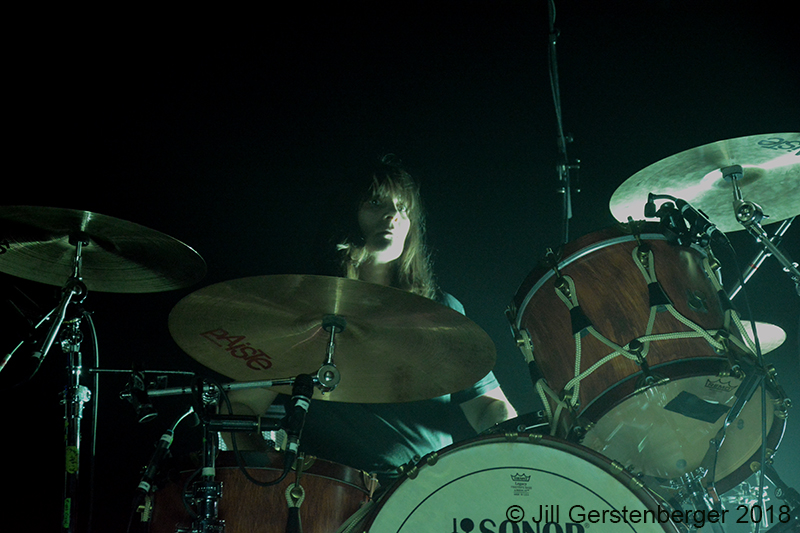 Midway through the set, the band rolled out another deep cut from Beat the Devil’s Tattoo, the gripping, attitude-driven rocker “Conscience Killer.” Anchored by a heavily distorted bassline from Been, the song kicked the crowd into a frenzy, especially during its anthemic chorus. 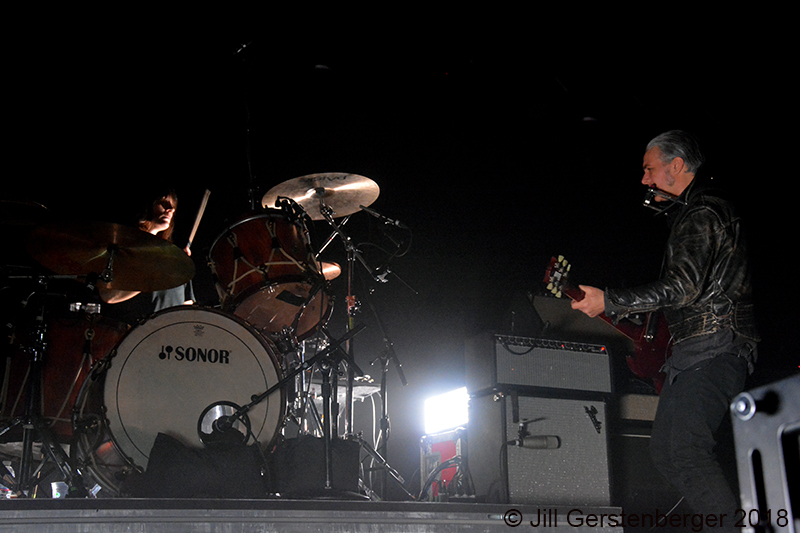 Towards the end of the set, Black Rebel Motorcycle Club dug into their back catalog to bust out some old classics, such as the dark and brooding “Love Burns.” Driven by a simple yet moving guitar riff, the song soared in classic rock anthem fashion, with Hayes rising above the mix with another inspired vocal line. 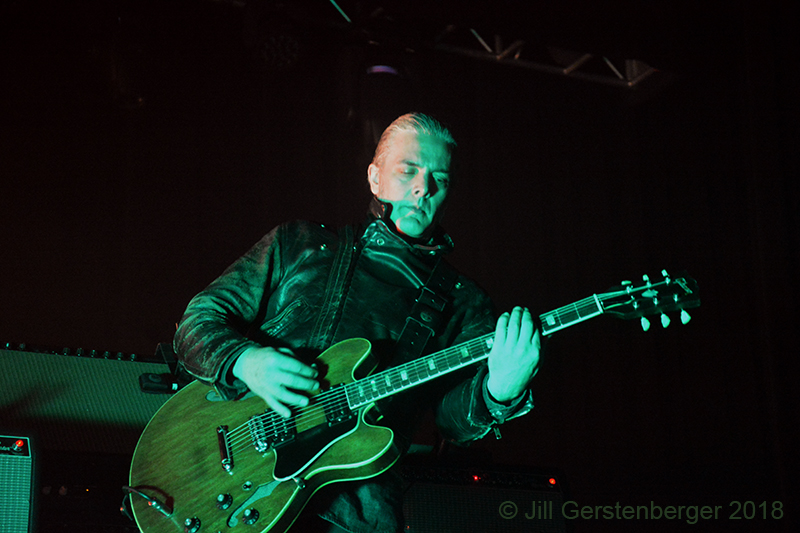 The band closed out the central portion of their set with the stomping blues of “Spread Your Love,” another classic track from the group’s early period that sounded impressive in a live setting. What is most impressive about Black Rebel Motorcycle Club is the fact that they sound so massive that you almost think there are more than just three members in the band – a testament to their impressive skills as musicians. 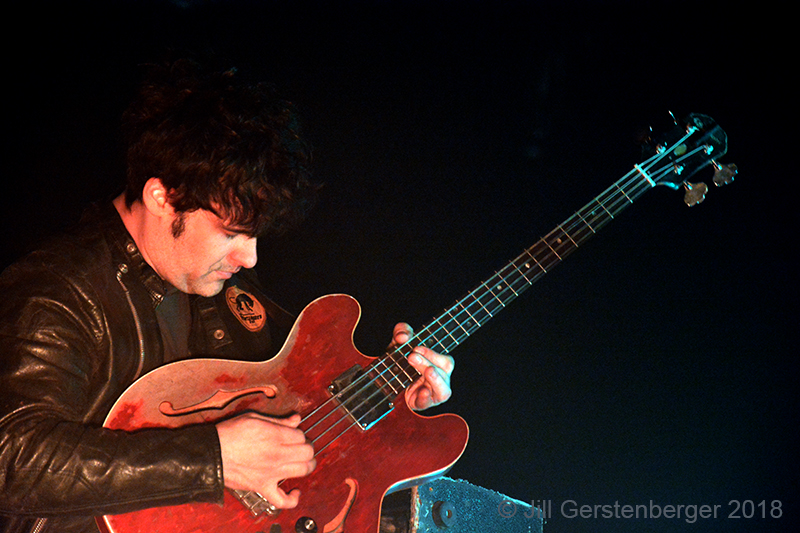 The band returned for a brief two-song encore, closing out the night with a blistering rendition of “Whatever Happened to My Rock ‘n’ Roll (Punk Song),” a driving piece of hard-edged blues punk rock that balanced pop with sharp distorted bass and guitar lines. Black Rebel Motorcycle Club let the music do the talking for most of the night, overpowering the audience with their grit and swagger, proving that nearly twenty years into their career they are not slowing down one bit.