Brooklyn-based Big Thief took to The Great American Music Hall’s gilded and storied stage on a recent Wednesday night, to a crowd humming with anticipation. The group is making their way down the West Coast touring their sophomore release, Capacity – an apt title for an album that delves headfirst into the complexity and profundity of human feeling. Its tender ferocity is absorbing recorded, but in person it is a force to be reckoned with. The group has received critical acclaim for both Capacity and their first album, Masterpiece, as well as growing popular recognition – attracting fervent fans with their detailed and deeply personal lyricism as well as their magnetic chemistry. 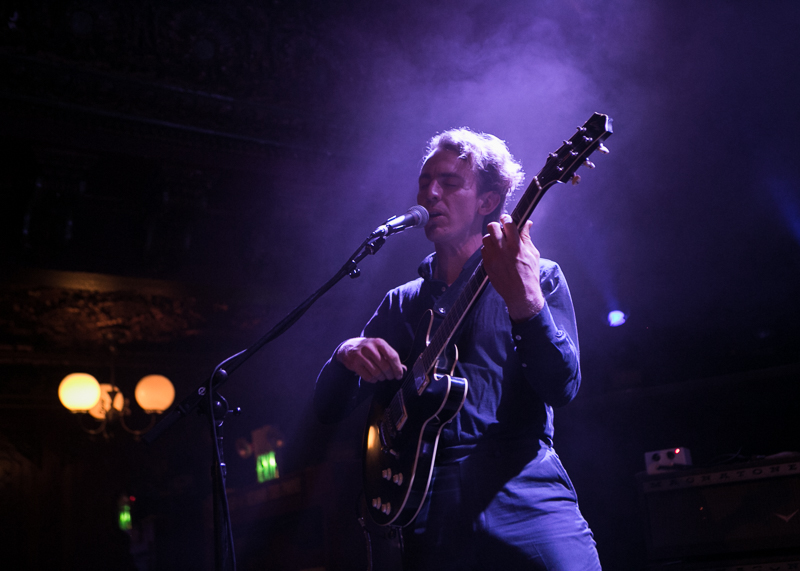 The set opened with two songs (“Magic Dealer” and “The Toy”) that do not appear on either album, and the crowd’s feverish excitement didn’t have anywhere to settle until they eased from the crescendo of “The Toy” into the tender ballad “Mary” (their fourth most listened-to song on Spotify). But from start to finish, frontwoman Adrianne Lenker had us all hook, line, and sinker. She is a livewire, a radio tower transmitting unfiltered emotion, a truly dynamic performer with a voice and with lyrics that demand you listen. Her songs are stories that run the gamut from fairy tale to cautionary tale. And her lyrical virtuosity – as well as her skill on vocals and guitar – are amplified by the stellar band, including Max Oleartchik on bass, James Krivchenia on drums, and especially guitarist and backup vocalist Buck Meek. Buck and Adrianne stood on opposite sides of the stage, exchanging and amplifying each other’s electricity and talent, with Max and James set slightly back and centered together anchoring the music rhythmically and energetically. In performance, they are a perfect unit. 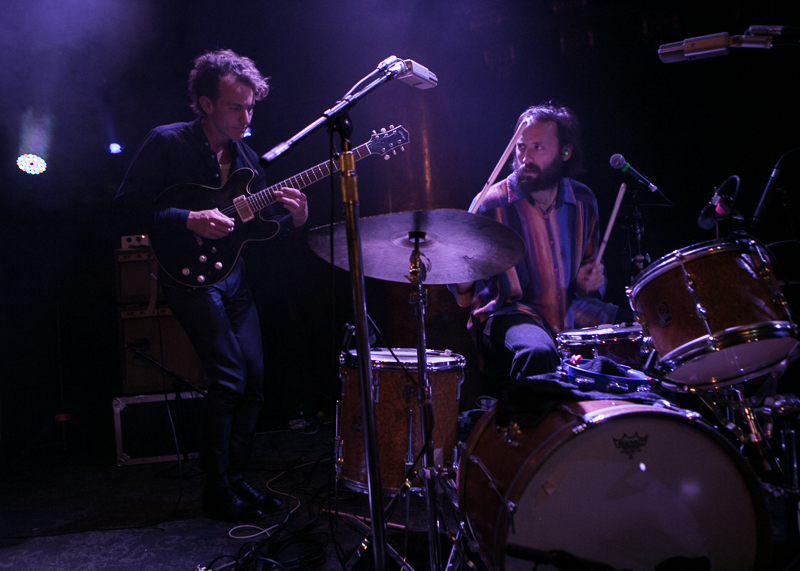 But there is a particular reverence lent to Adrianne, and at times the men all quit playing and their eyes – as well as all of ours – are on Adrianne alone. While she seamlessly commands a room’s attention in performance, moments between songs can get a little awkward. She seems better at singing deeply personal confessions than speaking inconsequential banter, and in her quiet moments the energy of the audience rapidly exceeds hers – the audience’s fervor can become somewhat too rowdy for the Adrianne’s tenderness. Ultimately the crowd’s eagerness speaks to one of the greatest appeals of her music – because of her lyrical vulnerability, everyone there feels like they know her personally, and likely that she has spoken to some deep part of them. The fervor of Big Thief’s fans comes from a place of feeling seen and understood in a moment of reflection, regret, passion, or all-consuming love. Big Thief understands us at our full capacity.

The Range of Light Wilderness began their performance the moment their soundcheck started, building their signature sound with ambient vocals, layered harmonies, droning bass, and melodious guitar. Their outfit included a guitarist, a bassist, a vocalist, and frontman Thomas Frank McDonald singing and playing his guitar and playing a drum all at once. While the simultaneous multi-instrumentalism was impressive, it might have done them well to just have a drummer. Still, they filled the space with their sound and enveloped us all in a hazy, dreamlike shroud of psychedelic indie rock. McDonald gave an impassioned performance and sang with great conviction and care.

First openers Iji warmed everyone up with a vibe best described as feel-good weirdo basement indie pop. Frontman Zach Burba warbled songs in a Mac DeMarco meets Looney Toons voice with subject matter ranging from “the spectre of toxic masculinity recognizing itself” to snacks at a rest stop to supporting your friends. Throw in some fun costume pieces and girly, glossy, Julee Cruise-leaning back up vocals, and you’ve got a really cute thing going on.

Here’s a slideshow with photos of all three bands by Bobby Cochran:

Find out more about Big Thief on their website.   http://www.bigthief.net/

The Range of Light Wilderness:

Aurora O’Greenfield is a student at the University of California Santa Cruz studying Theater Arts. Her passion for music stems from a love of singing and performing. Living near the Bay Area affords her opportunities to experience amazing live music and collaborate with many talented people. When not performing or practicing or thinking about music or theater, she’s usually nerding out about plants.