Scottish rock trio Biffy Clyro brought their high-energy stage show to The Fillmore on a Tuesday night, burning through a set comprising plenty of new tracks from their 2016 album Ellipsis. What makes the band such a captivating live act is the diversity of their music, switching off between slamming metal, introspective indie rock, and long winded progressive rock, all while retaining an uplifting sense of grandeur. This was apparent from the very start of the performance as the trio: guitarist/vocalist Simon Neil, bassist James Johnston, and drummer Ben Johnston all stood silent and motionless on the stage as the opening music played before ripping into the driving rock of “Wolves of Winter.” 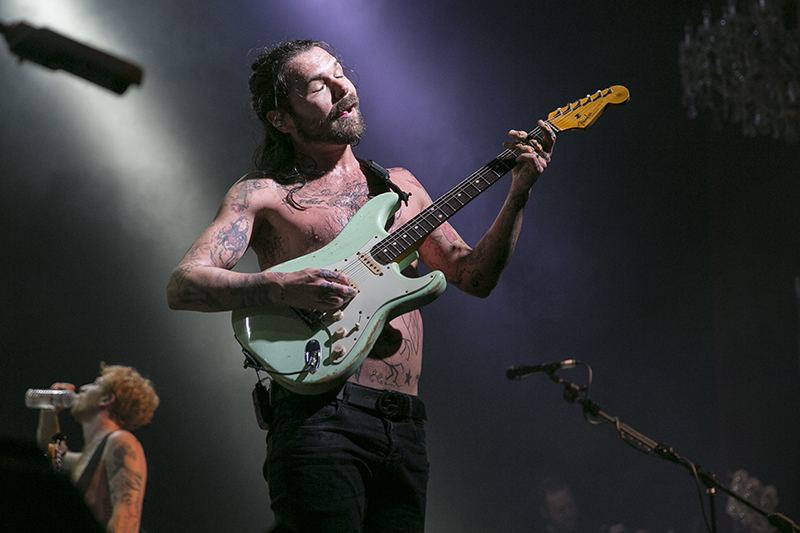 The song encapsulates the band’s strengths: alternating between sludgy guitar/drum hits and multi-layered vocal harmonies. This trend continued for the next few songs, with “Sounds Like Balloons” drawing a big reaction from the audience, and it’s easy to see why – the tune rides a snappy prog-influenced verse before blowing into an amazingly powerful chorus. Neil delivered an inspired vocal performance to complement his knotty and dexterous guitar playing which added plenty of intricacy to the song’s arrangement. 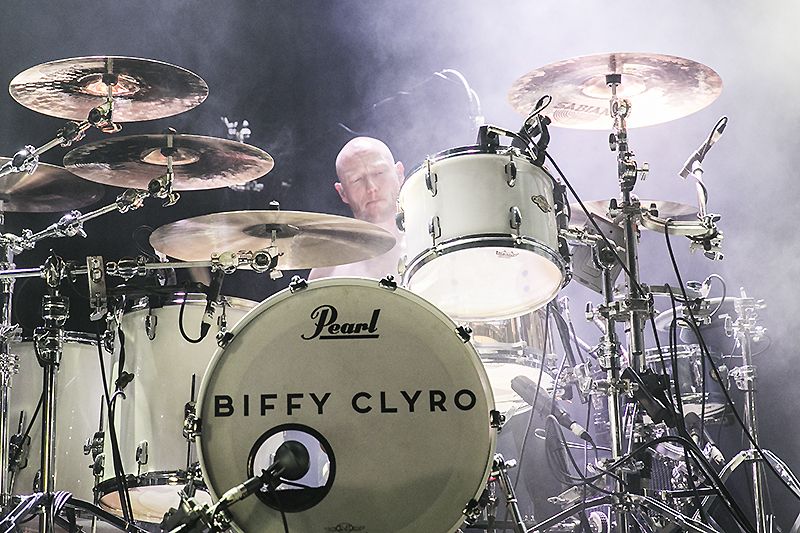 A few songs later Biffy Clyro pulled out the driving “Bubbles” from their breakthrough 2009 album Only Revolutions. Lead by a driving bassline from James Johnston, the song rides a subdued yet anthemic vibe, toning down the intensity but not losing an ounce of emotional power. 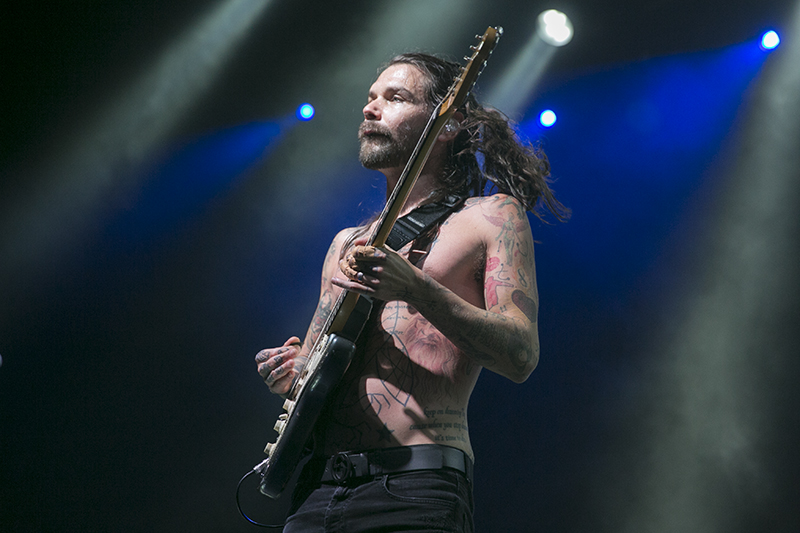 It was then time for the band to rip through their most well-known song, the stomping “That Golden Rule.” The piece rides a forceful and propulsive groove from Ben Johnston, whose hard-hitting style seemed to be pertly suited to the song’s smashing metal delivery. Eventually the track breaks down into a bass/snare driven section, providing just a small respite before surging into a heavy metal inspired breakdown. 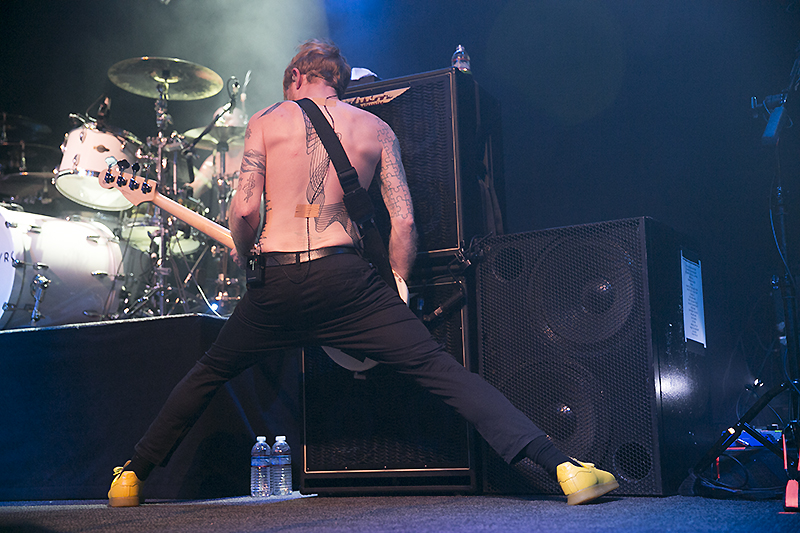 After this Biffy Clyro turned down the intensity for the ballad “Black Chandelier” and the acoustic ballad “Medicine.” The latter saw Neil on his own, singing and playing guitar in a particularly inspired fashion. The audience obliged and emphatically sang along to the gripping chorus lines, “But I shouldn’t waste my time, Having you around, What was up’s gone down, You take your road and I’ll take mine.. It was back to surging rock after that, until the band closed out the regular portion of their set with the epic power ballad “Many of Horror.” 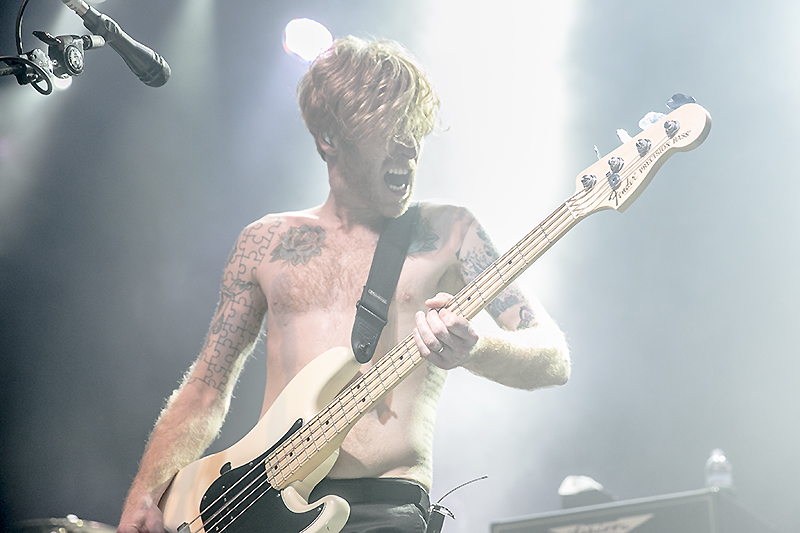 Neil returned to the stage a few moments later to start the encore with an impassioned acoustic version of “Machines” before the rest of his band came back out to finish the night with the all-out rock of “Stingin’ Belle.” Throughout the performance, you could feel that Biffy Clyro enjoyed playing these songs, and that enthusiasm seemed to really rub off on the audience as well. Between loud sing-alongs, frenzied crowd surfing and powerful chanting, it was easy to get caught up in the positive energy. With a unique stage show and a stunning amount of musical diversity, Biffy Clyro is a band that will continue to deliver impressive and enjoyable live performances for many years to come.

Wolves of Winter | Living Is a Problem Because Everything Dies | Sounds Like Balloons | Biblical| Spanish Radio | Howl | In the Name of the Wee Man | Who’s Got a Match? | Bubbles | Re-Arrange        | That Golden Rule | Black Chandelier | Medicine | Different People | Mountains | On a Bang | 9/15ths | Animal Style | Many of Horror || Machines | Stingin’ Belle

For more information about Biffy Clyro, see their website.